It’s been more than 18 months since we bought our family home on Sydney’s upper north shore and, bathrooms aside, it’s largely unrecognisable from the dated home it once was. Lived in by the same lady for three decades, it was not exactly modern, but it was a great size with four bedrooms, and a decent floorplan which didn’t need changing (although we’re now constantly coming up with things we’d do if money– or over-capitalising– were no object!). Add to the a flat block, a decent, private, backyard and walking distance to a cafe, and the bones were great, although we had no character features to speak of (hello, sixties red brick)!

Anyway, the New Year seemed a great time to recap on everything we’ve done so far. Still on the to-do list is:

My favourite projects so far have been the kitchen (take a video tour with me here): 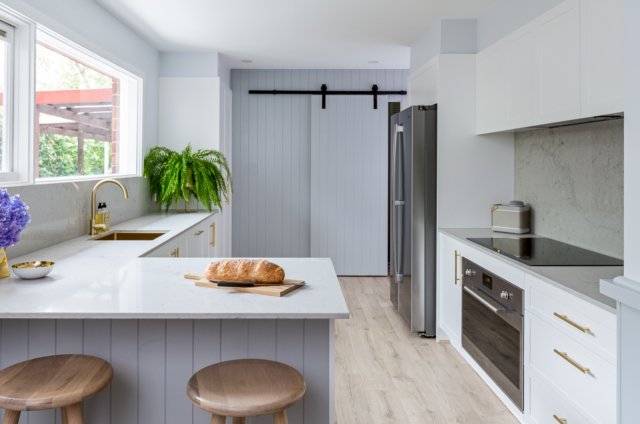 and the most recent, the deck: 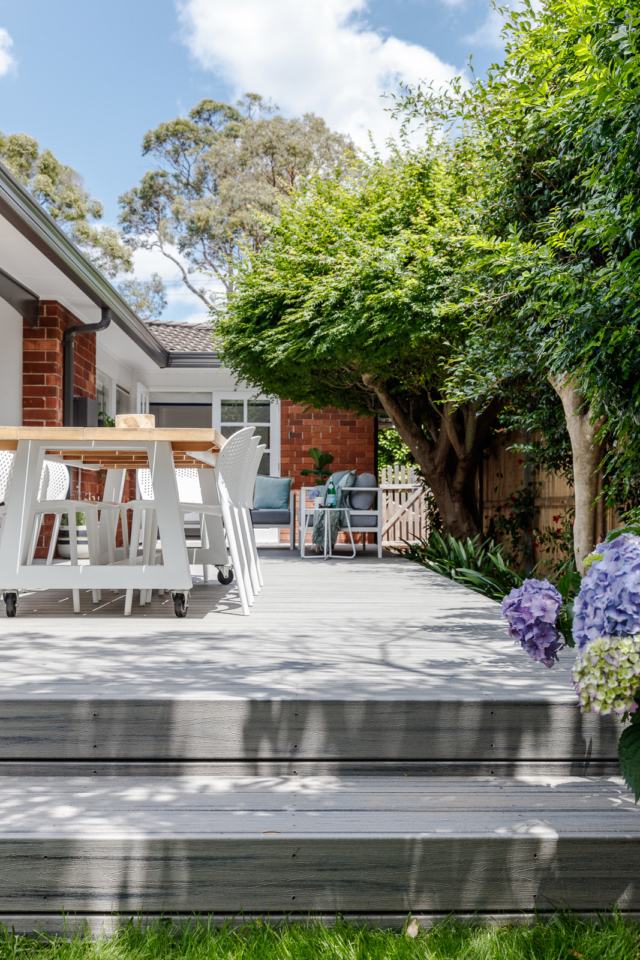 The flooring was a HUGE game changer for the house as we previously had  parquetry, pine boards and, God help us, cork, all at different heights. We are still in love with our Quick-Step laminate more than a year on. Our floor is probably the thing I get asked about the most. 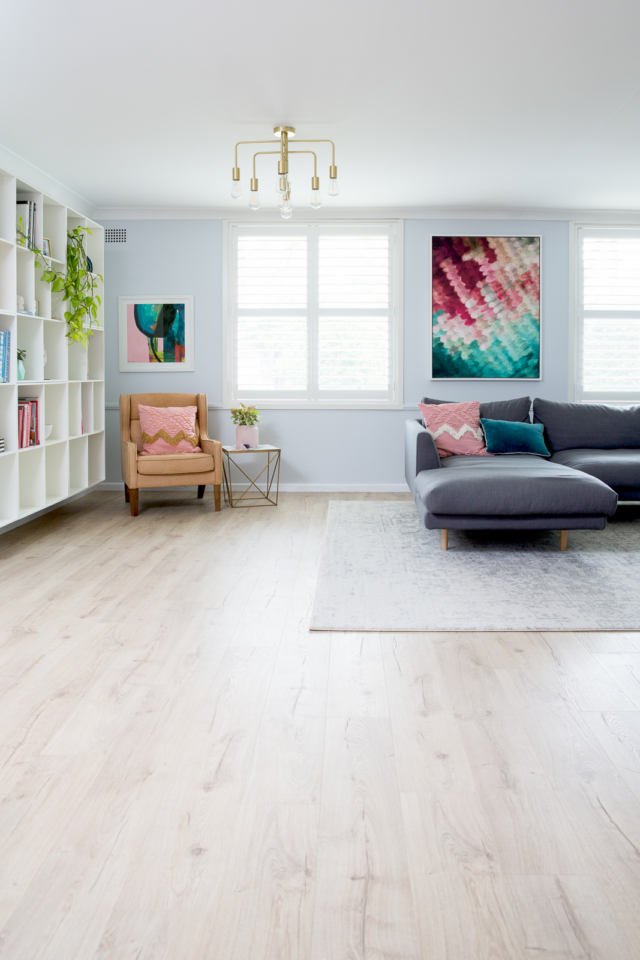 Our new wardrobe doors made a big difference to the bedrooms and we’ve actually changed almost all the doors in the house with Corinthian but we’re yet to shoot them. My home office was one of the first rooms we did but I’ve increasingly found I just don’t use it! The nature of my job means I don’t need much other than my laptop, with everything stored in the cloud, and I always find myself in the kitchen/dining with the best natural light and proximity to the kettle and the front door when couriers knock! I often have Seb at home (with or without nanny), and for the foreseeable future I’ll have Charlie at home every day too, so it doesn’t make sense to be stuck up at the back of our long, single-story house.

It’s a beautiful room with the best wallpaper ever, but it’s about to be turned into a very lovely guest bedroom with doors out onto the back yard. I’m going to call it the garden suite 😉 Will shoot and share that one with you soon. 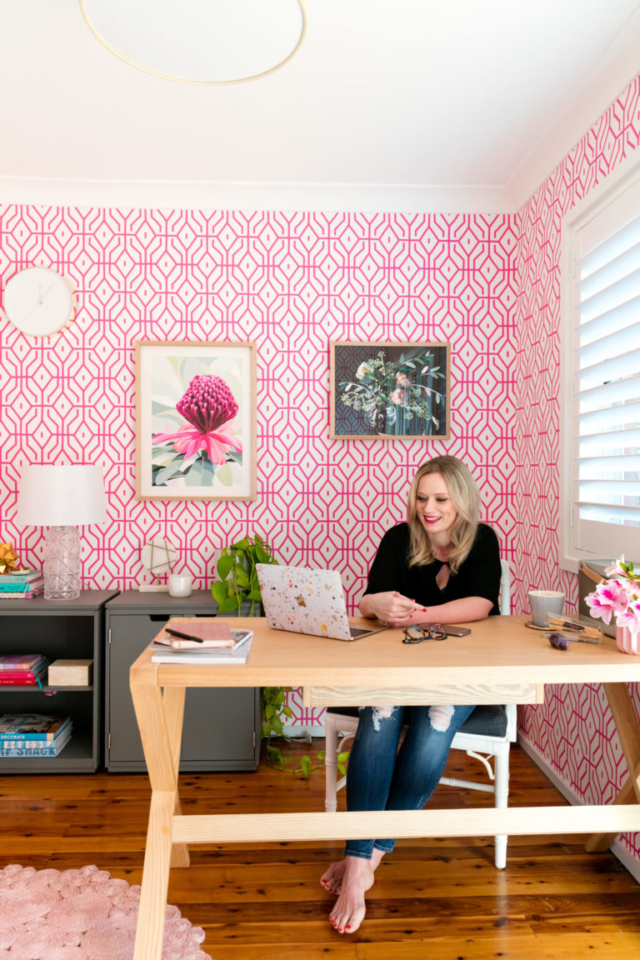 We also did Charlie’s nursery this year, although he is still sleeping in our room so it’s currently a very tidy and serene nappy-changing room! 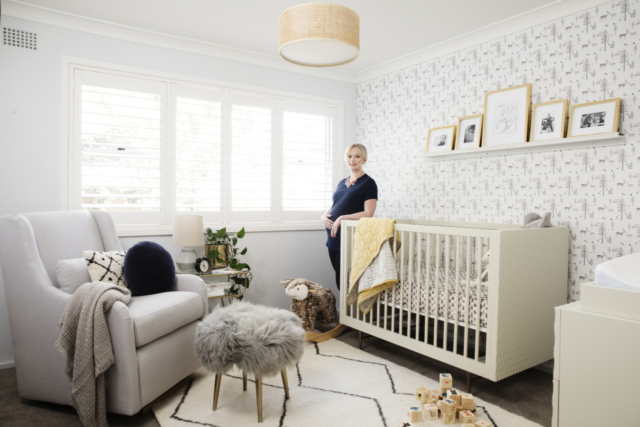 We’ve also changed all the lighting, installed air con, painted throughout, put wainscoting in the dining room, replaced most of the skirting boards, gutted the linen cupboard and put in new shelves, put in plantation shutters throughout, carpeted all the bedrooms, and done a fair bit to the back yard (thank you, Damian!) and the front (including picket fence, painting all the trim and a new house number, but we’re not finished enough to shoot it just yet). The master bedroom has also had a big makeover but is also not quite finished enough to shoot and is currently a bomb site of baby stuff and a bassinet squeezed in!

The living room was one of the first rooms we made over and it’s recently been changed a lot, but here’s a video of the original if you’re interested! We’ll shoot version 2 soon too. And Sebastian’s room has hardly changed at all, which proves it is as timeless as we planned it to be. 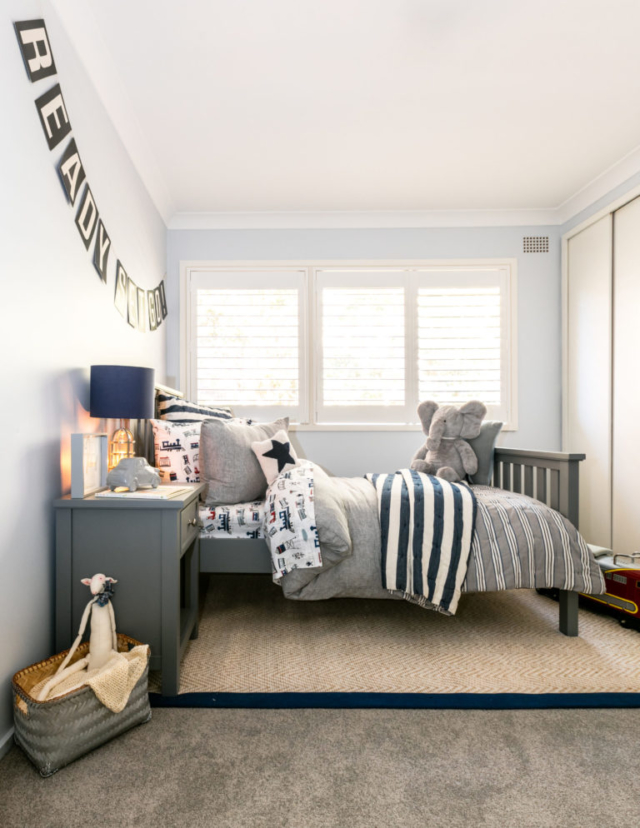 The main bathroom is the thing we’ll be saving hard to get done this year so I’m about to start planning that. We may even have a crack at a cosmetic makeover on the en suite ourselves. Then there’s a list of smaller projects we’d like to crack too, especially skylights, but we shall see!

I hope you enjoyed the recap and I’m always happy to answer any questions you have about suppliers or what we’ve done and why.

GET JEN’S FREE EBOOK: HOW TO PULL A LIVING ROOM LOOK TOGETHER

All photos by Jacqui Turk, except Charlie’s nursery, by Sam McAdam-Cooper.