They were my favourites from day one and on Sunday night, Victoria’s Adam and Lisa took home one of television’s biggest prizes, their entire $526,000 mortgage paid off!

The engaged couple took out the House Rules win after beating WA’s Carole and Russell in one last renovation challenge – to transform a secret room in each other’s homes. The judges then scored the rooms (which were a bar and a spa area for both teams), with those scores then being combined with a public vote to determine the winner.

For Adam and Lisa it was the viewers’ vote that propelled them to victory, as they trailed Carole and Russell after the secret room scores were revealed, with the VIC team getting a combined score of 17 out of 20, versus WA’s 19.

“I was happy with the scores from the judges, we loved the room we created and we wanted to have fun with that last challenge,” explains Adam. “But I’m not going to lie, I was a bit concerned with the scores. I think at that time we didn’t think it was possible to get the mortgage paid off, I don’t think we ever thought we were going to win anyway.”

But win they did, with their design skills and their likability getting them over that finish line thanks to the public vote. “It’s awesome to have been received so well by the public,” says Lisa. “I said to Ads it’s made me feel a little guilty of how much we have received from the competition, because I really don’t know how to thank all the people who have supported us. It’s so humbling.”

Adam and Lisa were long referred to as the dark horses, with their first renovation in week one, seeing them get scores of three and four from the judges. It wasn’t until weeks later, at the Townsville renovation, that things finally changed, with the duo receiving three perfect 10s from the judges and homeowners.

“After that first week, I didn’t see us going past the first phase of the competition, purely on me, nothing on Adam,” explains Lisa. “I still think we were hard done by on that first week but you couldn’t let yourself get down about it, you had to pick yourself up and dust yourself off and go again. My coping skills throughout the competition definitely got a lot better.” 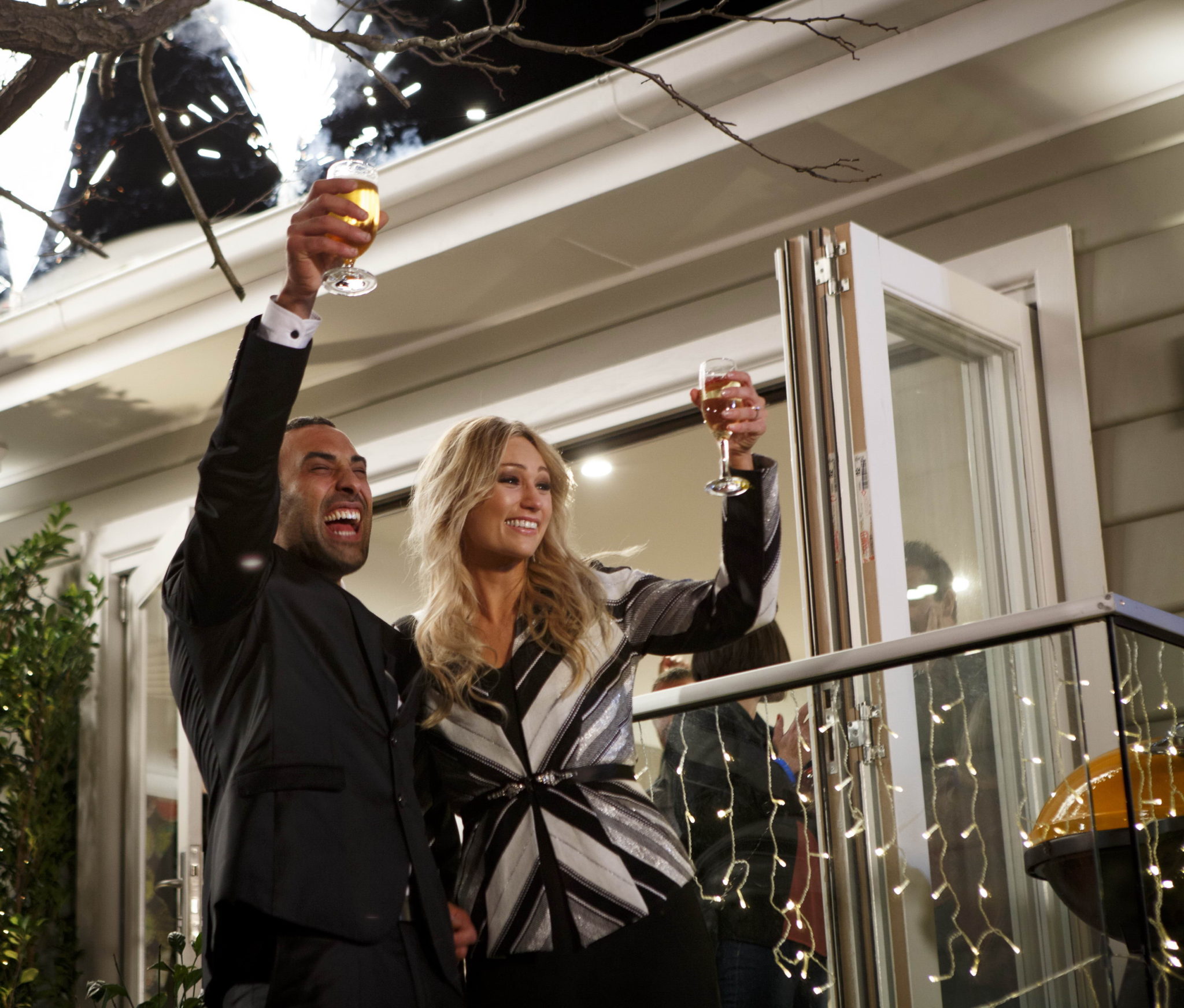 Now that they’re mortgage free, many of their long-term plans can now be fast-tracked, with their wedding set for September and the possibility of starting a family and going into business together, real possibilities for the near future. For both of them, they’ll have House Rules to thank for the rest of their lives and could not recommend the experience highly enough.

“You’d be crazy not to apply,” says Adam. “Not many people will go on this journey. It’s hard, it’s challenging but the rewards and the feeling you get when you complete your zones and challenges, it is the best feeling you could ever feel. Definitely apply, if you’re thinking about it or you’re not, it’s a journey you’ll never forget!”

Applications are still open for the next series of House Rules until the end of July. For further details, go to the official website here.