It’s House Rules time again folks and the first reveal to take place was in Adelaide where former AFL star Jared had his bachelor pad transformed into a New York inspired home for him and his partner Jess. “You guys just blew us out of the water. You don’t know how much it means that you created a life for Jared and I,” said Jess of the seven day renovation that has increased the property’s value by $160,000 according to local property experts.

With its new look, the beachside home now features exposed brick walls, raw timber and an industrial feel. The harder features are softened with plush furnishings including textured rugs, velvet chairs and cushions, floral prints and hints of turquoise and blush – much of which was sourced from Early Settler.

Master bedroom
Designed by Chiara and David, the master bedroom saw the dated glass bricks removed and exposed brick put in its place. While the couple loved the exposed brick and bed recess, they weren’t impressed with the paint work. “I think maybe just the finishes around the bed is probably what got you guys. But besides that, we thought it was great,” says says Jess of the space that features a gorgeous Early Settler pink velvet occasional chair. 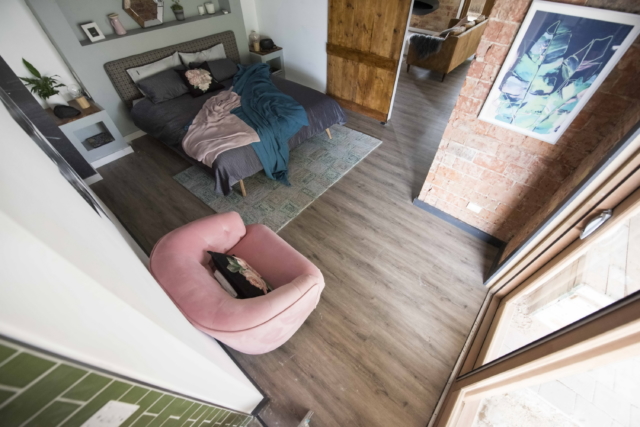 Bathroom
Designed by Mel and Dave, Jess was blown away by the new bathroom. “This is next level. It’s not our bathroom! This is my favourite room in the whole house,” said Jess. 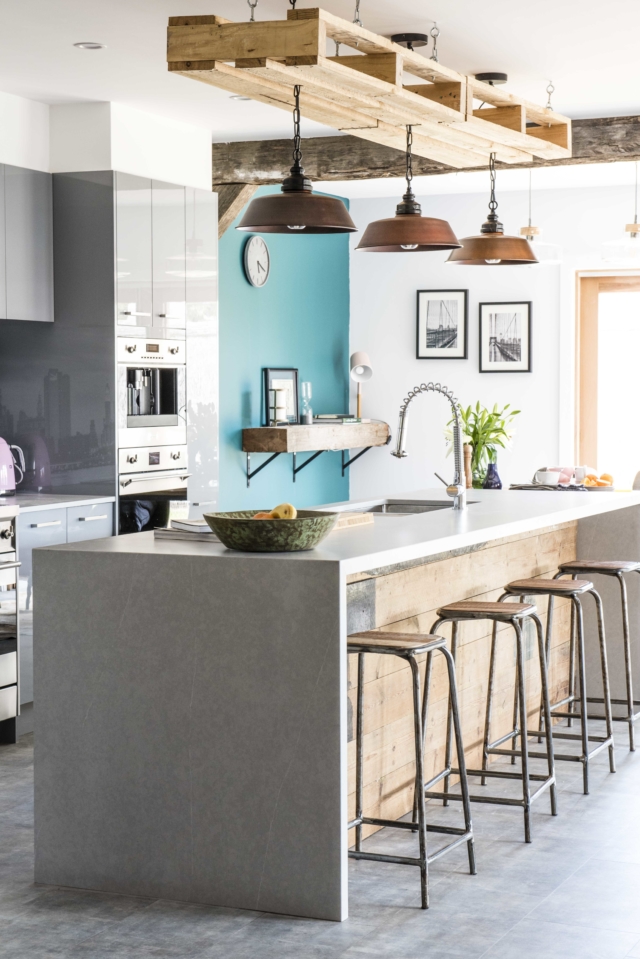 Dining room
Toad and Mandy designed the new dining space and the couple are enthralled with it – particularly the fake beam on the ceiling. “We walked in and we were just blown away – it hit the ‘New York warehouse’ rule perfectly,” said Jared.

Queensland team Mel and Dave received the highest score of the night with 9/10 points for their efforts in the couple’s bathroom but it was fellow Queensland carpenter brothers Josh and Brandon that won overall this week with a combined total of 28/30 points.