Award-winning photographer Yasmin Mund has released Concrete Jungle, a retrospective of one of Sydney’s ugliest buildings, Glenview Court. She has explored and documented life in the iconic Tamarama apartment block where she herself resided for three years prior to its closure for a multimillion dollar redevelopment.

A building often loathed from the outside but adored from within, anyone who hadn’t lived in the building perhaps couldn’t understand its appeal. Outside was one of Sydney’s most beautiful beaches, and inside was a diverse and convivial community of retirees, backpackers, creatives, and even squatters. The juxtaposition of living in such a derelict building in one of Sydney’s most glamorous and expensive suburbs provided a truly unique experience.

A brutalist white concrete block perched on a clifftop overlooking Tamarama Beach, it has been nicknamed The Beast, the Tamarama Toaster, the Soviet Hospital, and the Housing Commission. Originally designed by Australia’s most celebrated architect, Harry Seidler, it was modified and corners were cut by the notorious Rene Rivkin’s developer father, Walter Rivkin. Over ensuing years, the 78 apartments rapidly descended into dilapidation and disrepair. It hit major trouble 10 years ago when it was served with numerous fire orders and was discovered to be riddled with concrete cancer.

As a documentary photographer residing in the building, Yasmin knew she had to try and capture what it was like to live there. “I was able to approach the project with a more intimate and integrated ‘this is my home too’ attitude, embracing a genuine curiosity and empathy for how my neighbours were living, and why they had also chosen this place as their home.”

Her photographic study looks across 15 apartments and their residents, bringing to light what living in Glenview Court was like for the first and last time. Subjects include Archibald Prize-winning artist Craig Ruddy, TV Director Adam Kiers, Karen Halabi, a freelance journalist and editor, as well as many other creatives.

“With all the new development in the world, especially in cities like Sydney, there seems to be at times a lack of reflection on the history of old buildings before they are leveled or redeveloped,” Yasmin continues. “I wanted to document not just this building, but the people who bring the building to life.”

The now newly renamed Sky Tamarama is also making history as the largest redevelopment project on Sydney’s eastern seaboard. The way the development was maneuvered through the application process and funded is innovative and pioneering. It saw the body corporate taking out Australia’s biggest strata loan – originally $9 million – to fund the upgrade. Its unique model has since been replicated by other strata developments and has created a template for hundreds of similarly decrepit apartment blocks around the city.

“This story of gentrification is universal,” says Yasmin. “This project is a time stamp of the past, which captures the residents before the upgrade, and before the building becomes shiny and new again. This is why the project is so valuable and universal, because our homes, or lack thereof, represent a huge part of our human existence.”

There’s an exhibition, with a limited number of prints available to buy, at Tamarama Surf Life Saving Club until this Sunday 18 April 2021. For more information. 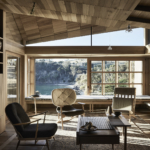 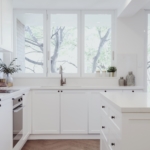 Dated and dark apartment opened up and given luxe new life
Whoever gets to live in this stylish apartment on Sydney’s Lower North Shore is one lucky renter! The investment property was recently taken from dark and dated to light and…
FacebookPinEmailTweet