They did it! The young favourites, Josh and Elyse, won series 13 of The Block in last night’s (well, Saturday’s really) auction. Good on ’em! It was a beautiful house and they worked really hard. Taking home over half a million bucks, it was a great night for the couple, and somewhat underwhelming for others, but everyone was gracious and grateful for their winnings, which was nice to see. 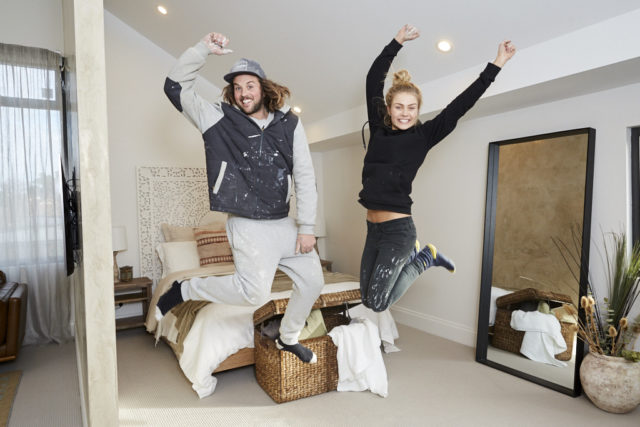 Here’s how the auctions panned out…

First up: favourites Josh (with a man bun and no shoes!) and ever-glamorous Elyse, who humbly said any money was a bonus as the show had already opened many doors for them (I think we all know they’ll have sponsorship deals a plenty!). Bidding started at $2.6m and momentum kept going with buyers’ advocates Frank Valentic and Greville Pabst in on the action. Greville finally had the winning bid for his client of $3, 067, 000. The young couple were clearly overjoyed with their 447k winnings! What a great start! “That’s life-changing,” said an overwhelmed Elyse. And then it was revealed comedian and TV personality Dave (Hughesy) Hughes had bought it! Quite the coup! 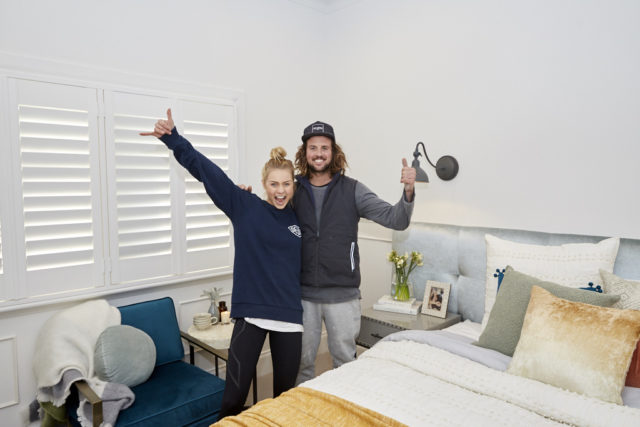 Second up: Controversial Jason and Sarah! It was all about buyers’ advocates Frank Valentic and Nicole Jacobs this time with Nicole winning for her client at $3, 007,000. This meant a generous $387k for the couple. “It honestly changes our entire life,” Jason said. “It’s huge. It’s insane.”

Things were going so well!

Third up: That very likeable duo Sticks and Wombat! It was all about Frank and Nicole again! Things stalled at $2,650,000 and everything felt a bit flat with Sticks in particular looking pretty devastated and the other contestants visibly disappointed for him and Wombat. They still ended up with $130k though and took it so well. While Shelley Craft was almost in tears for them!

Fourth up, the polarising (in personality and house!) Ronnie and Georgia! And it was over as soon as it started with Georgia in tears as bidding stopped at $2,600,000, just below the reserve. The house was passed in on Scotty’s strong recommendation. Negotiations with highest bidder Frank brought it up to $2,725,000 as his best and final offer. Then Nicole came to the couple with her client’s best and final offer of 2,781,000, which was accepted. Ronnie and Georgia did seem surprisingly happy with their $161k while the other contestants clearly expected them to be a lot more disappointed. But as Ronnie said, it was like buying the winning scratchie and a good amount for 6 months’ work, tax free. Phew!

Fifth and final, the (albeit lovely) underdogs, Hannah and Clint! Tensions were high after Ronnie and Georgia’s underwhelming result. $2, 410,00 was the starting bid and the bids kept coming. But it was short lived. And the depressing music started as things stalled $20k under reserve at 2,5000,000. And then it started again! Frank got this one at $2,615,000 so $95k for the couple. Hannah said she was over the moon. “We’ve absolutely loved renovating,” said Clint. “It’s been an incredible 12 weeks.” Gosh, I love those two! “What a beautiful couple,” Scotty said. Clint added: “It clears all our debts. The show gives everyone the opportunity to change their lives and it has.” Bless him!

So the youngest couple, and indeed the favourites, did it! Josh and Elyse took home $577k with the extra $100k for winning. What an amazing result for anyone, let alone a couple in their 20s! 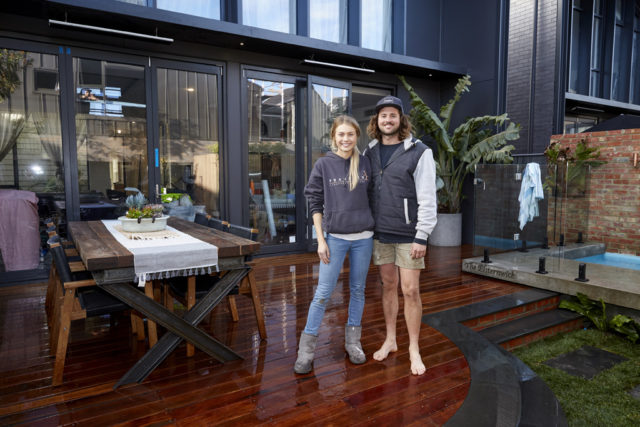 We’ll have Greville Pabst’s thoughts on the auction results for you tomorrow!

What am I going to watch on TV now?! Back to Netflix and the Lifestyle Channel it is… Actually, I am absolutely LOVING the new Love It or List It? How about you?