It’s the question many are asking after Wednesday night’s dramatic Anastasia walk-off. Do I think so? Absolutely not. I’ve said before I unashamedly enjoy the drama of The Block. It’s reality TV. I expect a very different viewing experience from The Block than I of, say, Grand Designs. I love both shows. And Selling Houses Australia! So for the purists out there who say unless it’s design-related it shouldn’t be on the show, I don’t agree. 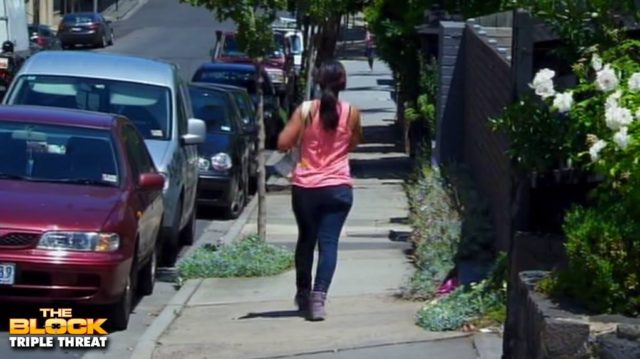 [contextly_sidebar id=”dvQ8aZkbGAL6QUGkkO33HolIDvXZOgLP”]That said, I wonder if things have got a little out of hand in the drama and editing stakes. This week did feel a little over the top. But the producers didn’t make up the fact that Tim and Anastasia couldn’t afford to pay a nearly $20,000 tradie bill. That actually happened and they seemed to be well aware of the fact, and whether in denial or not, that’s not really cool is it? And this is a game after all, where someone wins, so everyone should be on a level playing field for it to be fair. And it wasn’t. In my opinion, Scotty offered them a very generous solution to pay their bill and take it off their reserve. They probably should have grabbed it with both hands.

That said, if I was confronted en masse and embarrassed on national TV, would I feel like walking off and giving it up! Probably a big fat YES! With tears! (Then again, I’d never ever volunteer to be a contestant on this kind of show!). Was it Darren’s place to ring Tim and Anastasia’s builder and find out whether he’d been paid? Probably not, but like I just said, it’s a competition and he and Dea had already had their integrity questioned over the whole wine cellar affair. I think calling it bullying is a little over the top. Dea certainly thinks he has nothing to apologise for (and we all know I’m not usually a fan of these two, although their design is great): 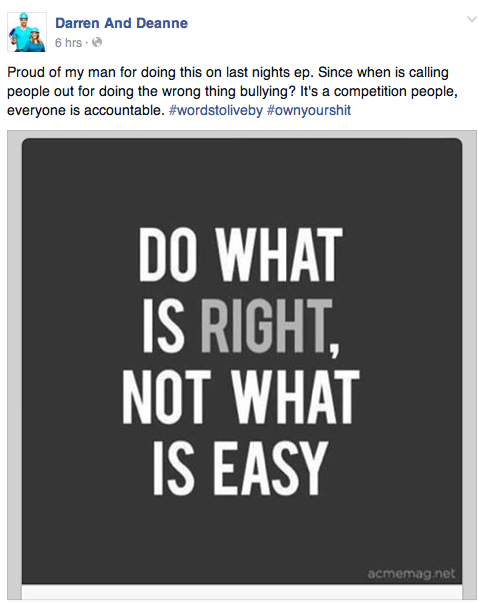 Then again, I also can’t help but agree with my favourite Jess (biased much?) when she says that Tim and Anastasia shouldn’t have been bullied and that “we’re all human beings”. So while I may sound like a big, diplomatic fence-sitter, I’m really not 100% which side I’m on! Probably nobody’s. But I do think that in a reality TV show, you should expect drama and editing designed to highlight drama and to have a camera in your face if you start crying. No, it’s not nice to watch, and I think we may have slightly crossed the boundary of what is comfortable and acceptable (and even kind) viewing, but it’s TV. It is what it is.

So, do Tim and Anastasia come back for the auction (I predict they do)? Rumours abound! And what’s your opinion on all of this? Are you still watching (because many of the critics obviously still are!) or have you given up? I can’t wait for Sunday night to find out and to see the garden reveals!

Read all our Block latest!