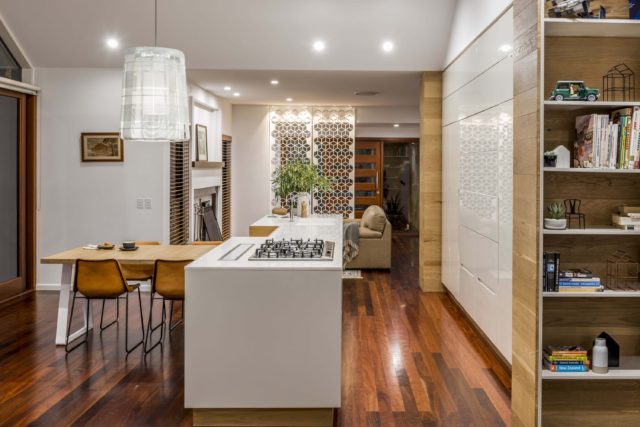 Initially winning the ‘Designer – Medium Kitchens QLD’ award, Darren returned to the stage later in the evening to accept the esteemed title of KBDi Australian Certified Designer of the Year 2015. A celebration of Australia’s best kitchen and bathroom designers, Darren will be packing his bags for the celebrated design fair, Milan’s Salone del Mobile (including EuroCucina), as part of the win. 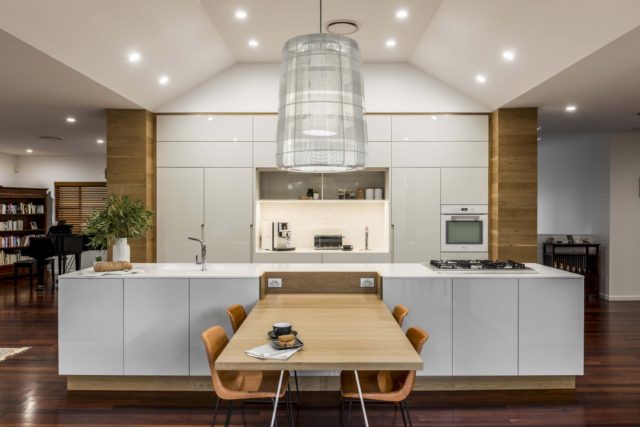 Using only the best craftspeople, Darren has a refined eye for functional yet beautiful spaces. With a career that began in timber joinery for luxury boats, Darren quickly moved to kitchen and bathroom design – his intelligent and beautiful design solutions were easily transferrable. Initially self-taught, Darren has since completed formal design studies. 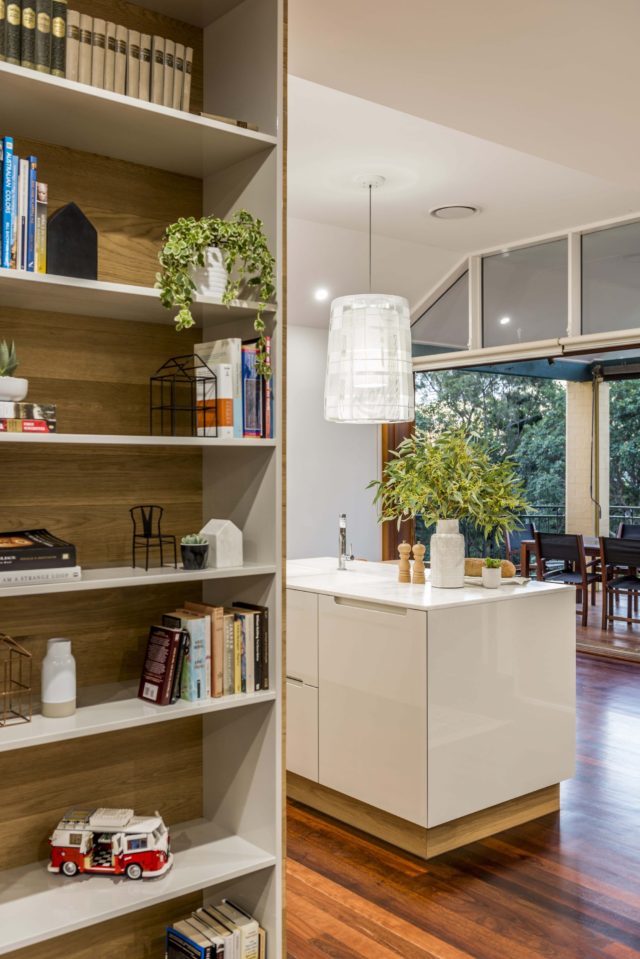 Presenting two projects, as part of the competition, the refined simplicity of the Panorama project saw the clients’ design brief satisfied with aplomb. Their pokey kitchen was transformed into an open-plan, light-filled room with oak timber cladding and white gloss detail – the 1.75 metre utility cupboard takes centre stage. “The utility cupboard is perfectly concealed via an automatic lift mechanism that was imported form the USA. It ensures a large span opening and allows the door to be pocketed away and completely seamless when closed,” says Darren.

Almost diametrically opposed in terms of design, the Hollywood Regency project saw a major renovation of a classic Queenslander, with the kitchen as the focal point of the home. 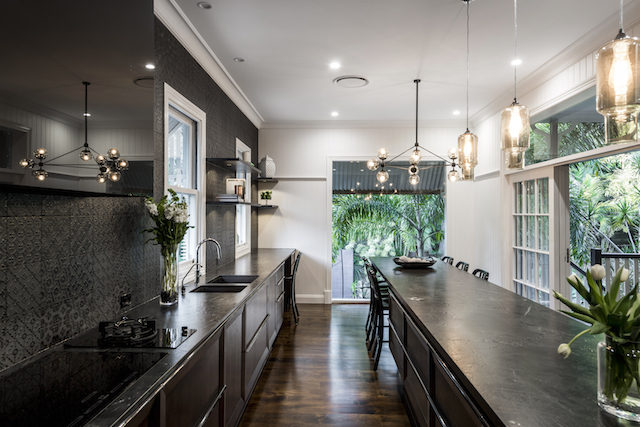 “The home was in need of a major update. The interior layout of a traditional Queenslander typically lacks the easy, free flowing open spaces that our modern lifestyle craves,” says Darren who employed a contemporary, monochromatic colour scheme. “A rich palette of materials and finishes were carefully selected to ensure the kitchen exudes sophistication, confidence and luxury,” says Darren. 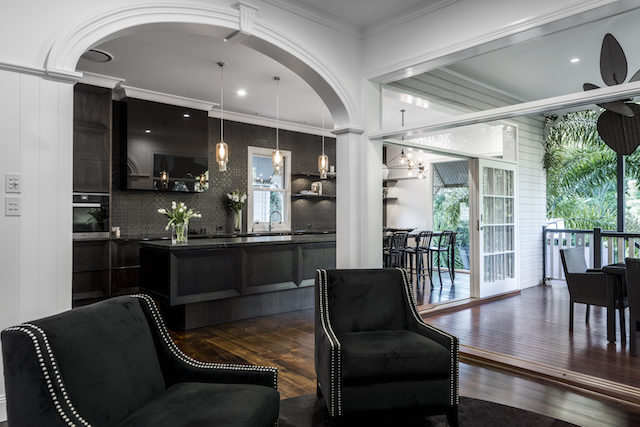 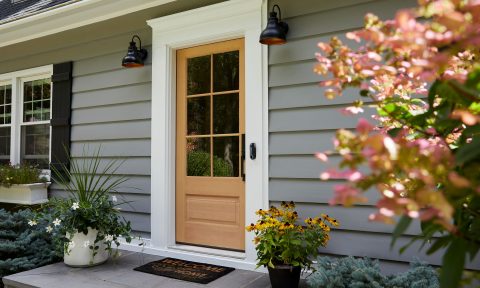