At the end of its second week, last night’s The Block room reveals were a mixed bunch ranging from the sublime to the mediocre. And with more than ten points between the winner and the loser, clearly the judges must have felt the highs and lows too! My favourite of the bunch, Will and Karlie’s winning room was well deserved.

While the twenty-five-year-old childhood sweethearts said they were struggling to merge the Art Deco theme with their signature industrial style, you couldn’t tell from the slick room they produced. Elegant and sophisticated, it was a modern take on Art Deco that featured a sumptuous bed full of texture, pattern and layers and a standout artwork – my favourite part and Shaynna’s too. 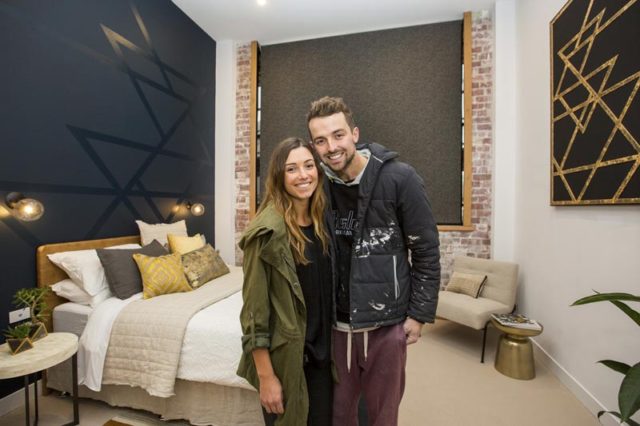 Neale felt the room had quite a bit of punch while Shaynna said it was very confident, mature and elegant. Overall, the judges were super impressed – so much so that Neale said he wouldn’t change anything about the room at all. The couple finished up with a winning score of 27.

With some rather ambitious joinery, the affable pair did fairly well this week though, I have to admit, I wasn’t a fan of their diamond inspired feature wall. While it could have worked, the mottled glass killed it for me and Neale too. Darren rather liked the design though (particularly the triangular mirror on the wardrobe side) and said it reminded him of an Art Deco jewellery box. Diamond window issues aside, Neale said he felt the room was the best contemporary take on Art Deco yet. My favourite feature was the copper paper clip hooks in the walk-in robe. The boys walked away with a score of 23.5. Last week’s winners Sasha and Julie got off to a rough start with their room and the theme continued – mostly because Julie was deliberating over the feature wall colour. The bold teal choice paid off though as Shaynna thought it was very beautiful – personally, I am a big fan of the room’s wall sconces. Ultimately though, all of the judges felt the room lacked soul and that it was a case of ‘display home by numbers’ on (property stager) Julie’s behalf. The girls scored 21.5. 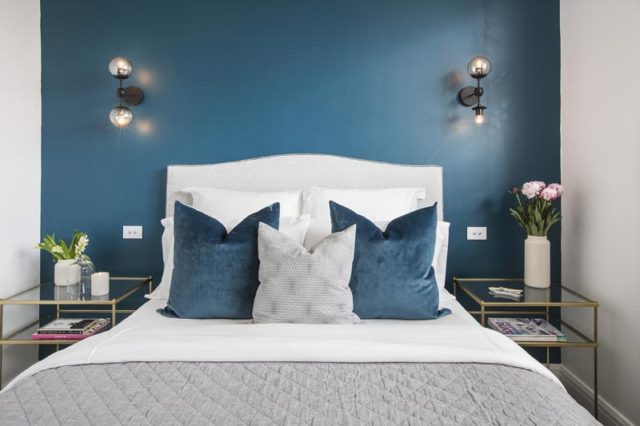 Beyond the wallpaper, I struggled to find any Art Deco features in this room and its mix of furnishings lacked cohesion. Mostly though, it was the accessories that really killed it for me and Shaynna too who actually went so far as to ask “what the hell is that throw??” and I couldn’t have agreed more. 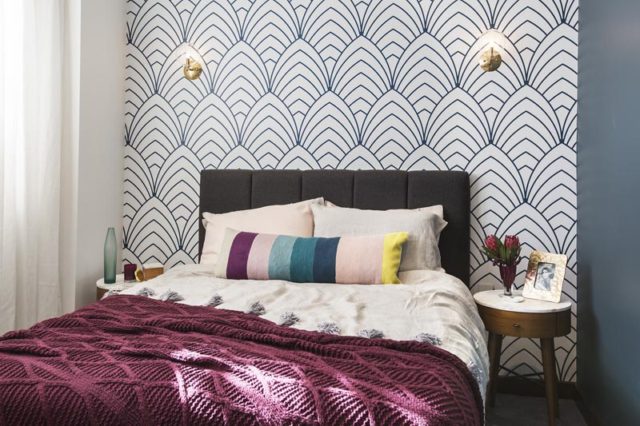 Neale said he hated the room so much that he wanted to start renovating it. Ouch. The best part of the room for me was the space opposite the bed – possibly because it looked like it was an entirely different (ie. stylish) room! 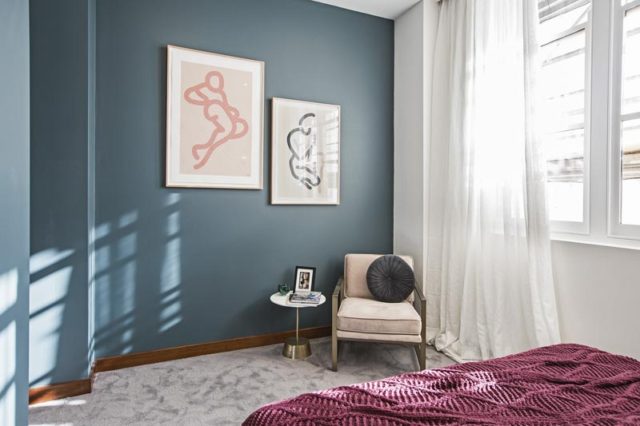 As for the hero piece, the West Elm occasional chair has been on my want list for a while now. The couple scored a dismal 17.5.

Coming in at a close second with a score of 26.5, Kim and Chris’ room was a vast improvement on last week according to both Darren and Neale. With its lovely gold and grey colour palette, Shaynna was a big fan too – though not so much of its exposed brick wall that she felt had a dirty, building site feel. Darren loved the bedsides (as did I!) and the lamps while Neale loved the Art Deco inspired desk. My favourite element was the statement, large print beside the bed. 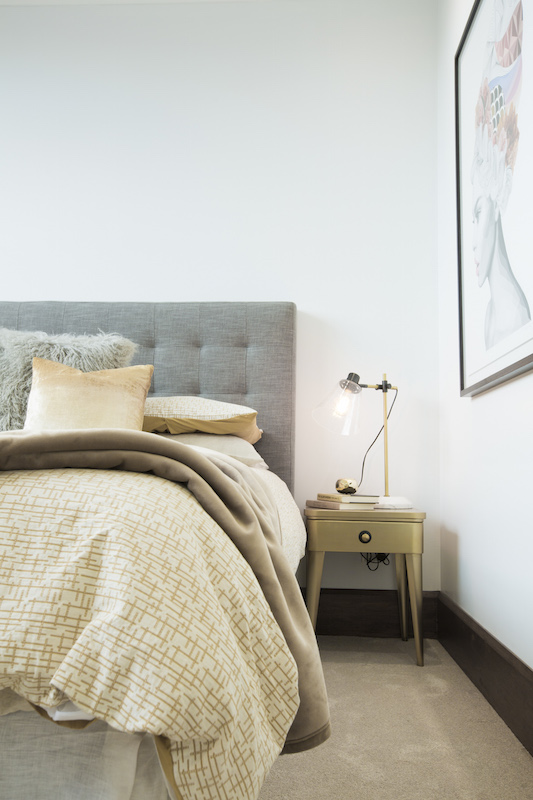 Head to The Block Shop to take a tour and go shopping!