This week, the Blockheads had ultimate freedom. The brief had just one rule, the room could be anything but a bedroom. However, as many of us know, sometimes too much choice can be a bad thing! So who stepped up to the challenge? In the judges’ opinion (and mine as well) Hannah and Clint did a great job of delivering a room with major glamour. On the other end of the spectrum were Ronnie and Georgia who totally missed the mark. I love black more than the next girl, but when you’re renovating to sell it’s a seriously polarising decision. So without further a do, below are the good, the bad and the ugly… and no that’s not a spelling error, three couples did end up tying for third!

“I love it,” said Darren upon entry. Shaynna and Neale were quick to agree. The lounge room got big ticks for its period fireplace, wall panelling and cabinets. The only negative was the TV, Darren thought it should have been on another wall, Shaynna said it should have been left out entirely. Overall, the judges believed the room would be a big winner with buyers and agreed it had “wow-factor”. 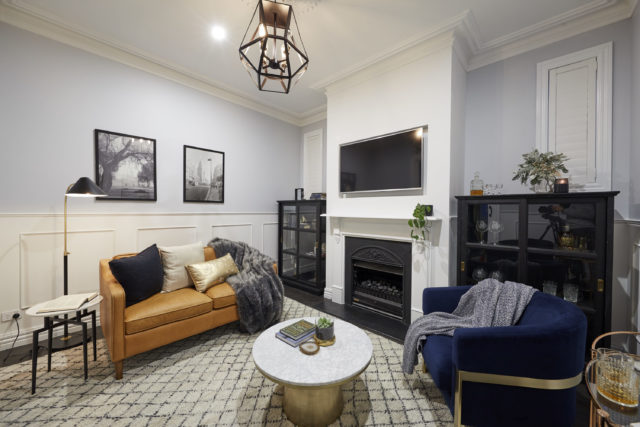 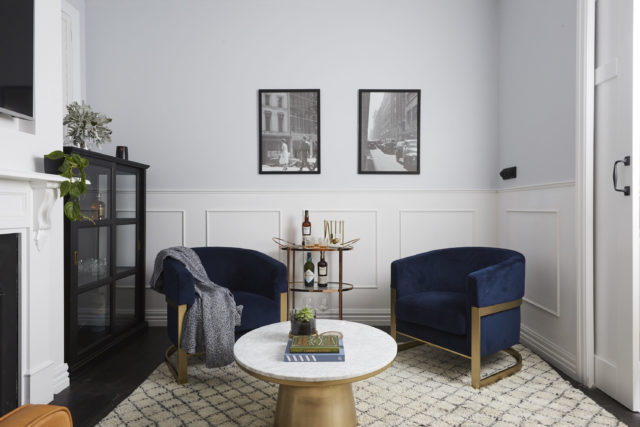 Now here’s an example of when a study can work! “Wow, this is beautiful,’ said Darren. “Stunning,” agreed Neale. The daybed got high praise, with the judges saying the room could be marketed as a study/lounge room. Neale labelled the bookshelves the most beautiful library wall he had ever seen on The Block. The criticisms were minimal for the couple, with the only complaints being the too-tall chair and the lack of a window dressing. 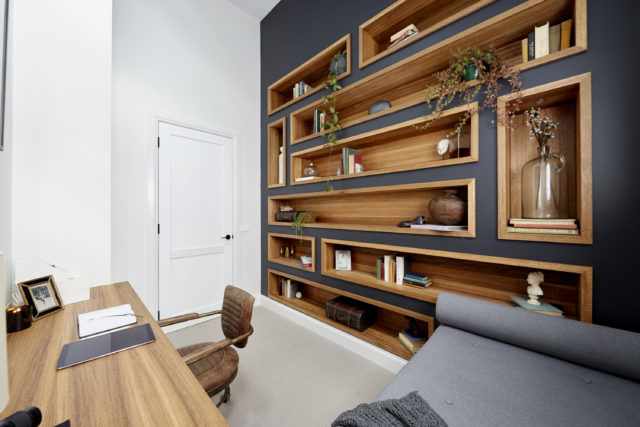 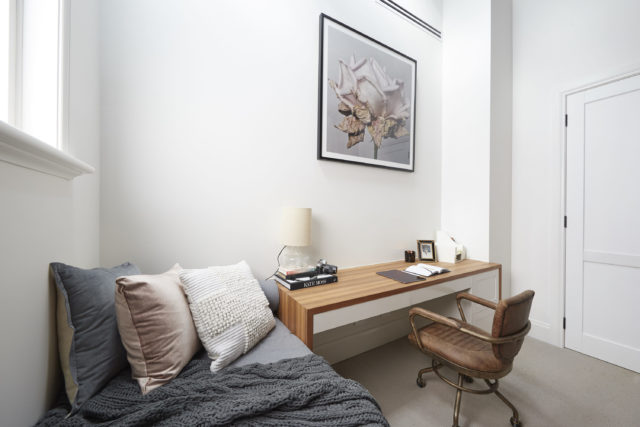 Deciding to go for a lounge room Jason and Sarah got commended for their execution, art and painting. Unfortunately, the positives stopped there. All the judges were overwhelmed by the ceiling – which had three sky lights, a pendant and a ceiling rose — with Neale calling the room “completely top heavy”. The duo have been having some serious budget issues and alas the judges could tell. 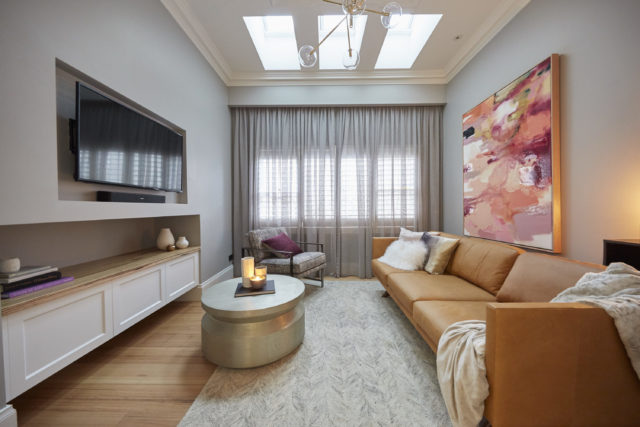 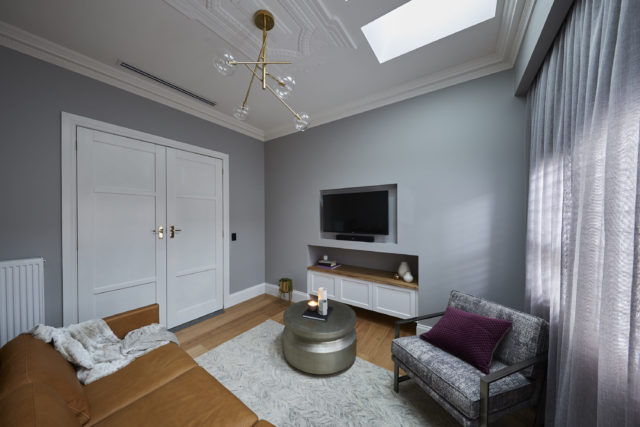 Another Third: Ronnie and Georgia

Shaynna was a fan of the entrance, but from there it went downhill. Darren was quick to criticise the non-functional fireplace that took centre stage, especially when he spotted the hidden TV (with a fireplace screensaver), “they’re taking the piss,” he declared. While the judges agreed the black paintwork was done to perfection, they couldn’t help but think it looked like a nightclub and in Neale’s words “a very bad nightclub”. 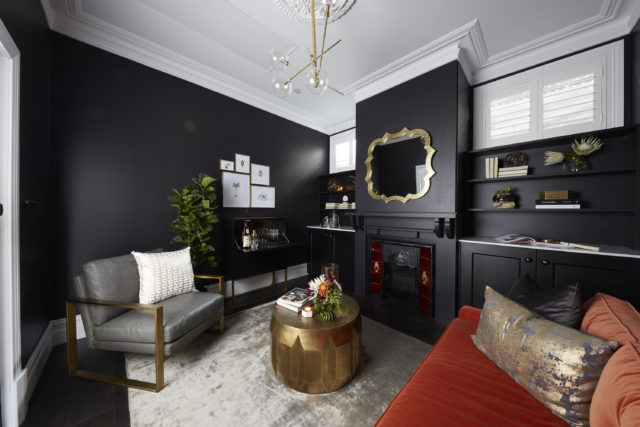 (Jen’s a big fan of that gold coffee table from GlobeWest which she has in her home.) 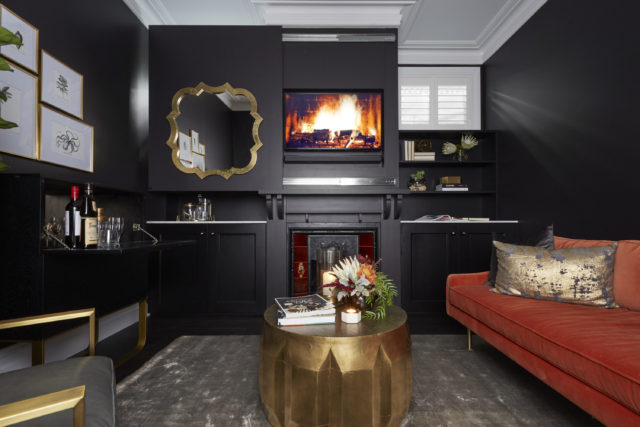 “Are we in the broom closet?” were Shaynna’s first words! The judges were quick to question whether Sticks and Wombat’s decision to do an enormous ensuite in week one was to their detriment, leaving little space for this week’s study. Darren criticised the layout, saying the Feng Shui was all wrong. But Neale came to their defence, saying while the room didn’t get him excited it was functional and good looking. All the judges agreed the workmanship was exceptional, labelling the duo “master craftsmen”. 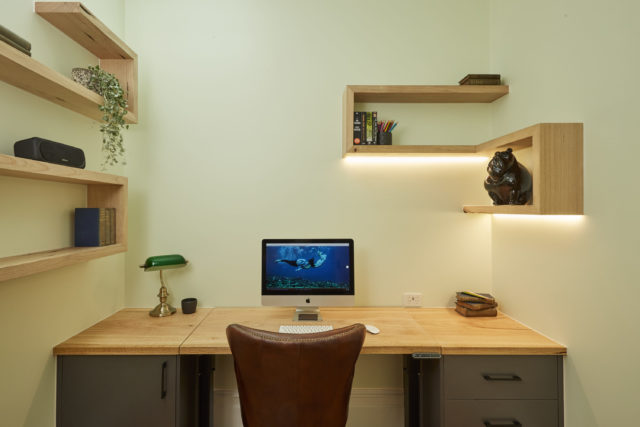 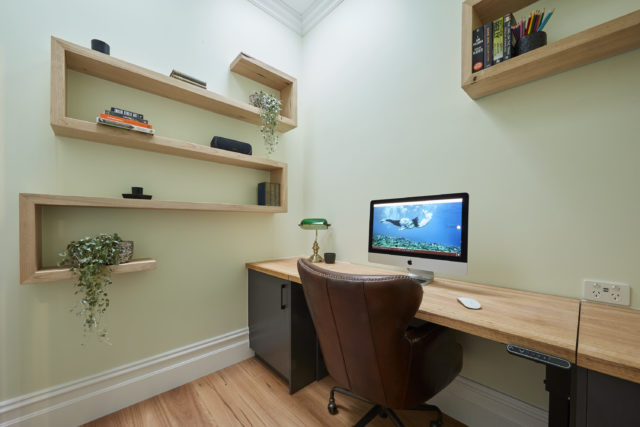