It won them first place and major adulation from the judges during the final reveal on The Block last week and we suspect it may have piqued your interest too. The Block judge Neale Whitaker was particularly taken with Hans and Courtney’s kitchen calling it their best work on the series. “It’s sensational! It’s a kitchen that acknowledges this is where we now live life and I am suffering extreme kitchen envy. I want this badly!” he said. 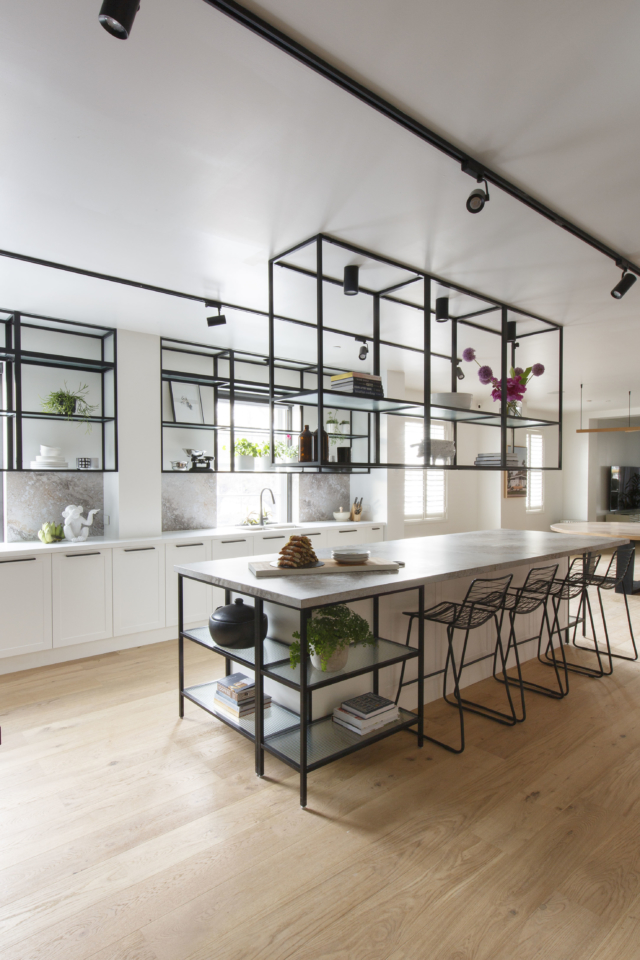 And while it’s not everyone’s cup of the proverbial, Hans and Courtney’s kitchen certainly made an impact so we thought we’d unpack its finer details.

Shelving
The café-style design was a departure from the usual kitchen styles that we’ve come to expect from The Block – it’s most notable feature was the black framed shelving used extensively throughout. A Freedom Kitchens product, the ‘2020 Black Alumin’ frame shelving was a look that was seen previously at this year’s biggest kitchen tradeshow in Milan. 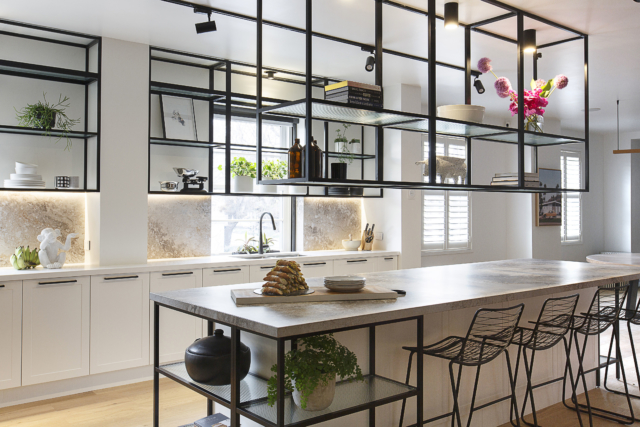 Not only does the anodised matte black framing and glass shelving pack a visual punch, they provide ample open overhead storage and styling opportunities too. The clear glass means the overhead shelving doesn’t block light either, which cements the kitchen’s overall light and airy vibe. 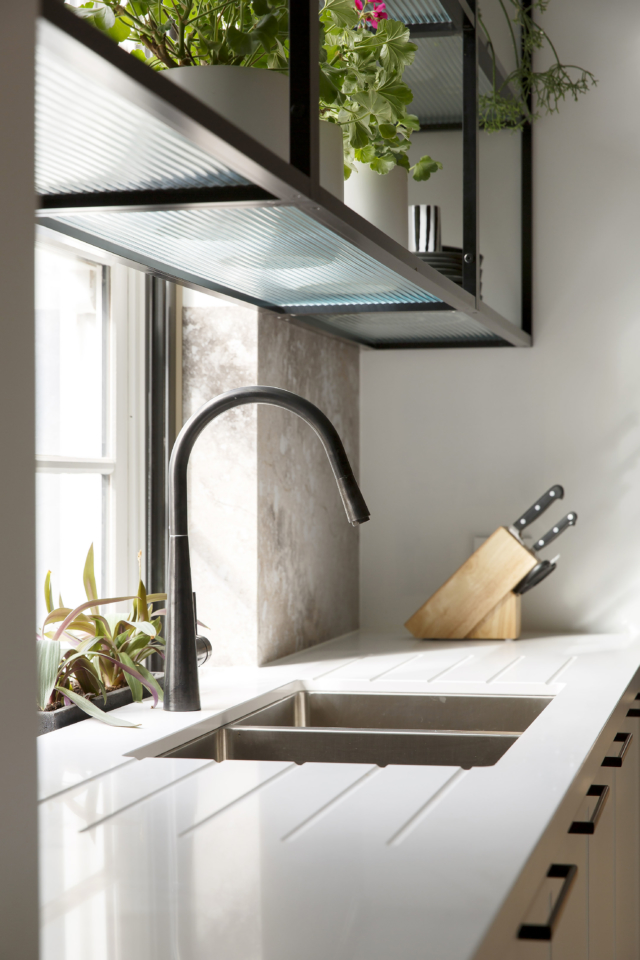 Benchtop & splash back
The benchtop and splash backs are carved out of Caesarstone’s new ‘Excava’ finish – the man made material features an authentic industrial style patina. It’s a prominent feature of the kitchen given it features on the vast island bench top also but it’s a look that really complements the space.

Cabinets
Again provided by Freedom Kitchens, the kitchen cabinetry features the brand’s popular ‘Sierra’ profile door in both ‘white matte’ and ‘black matte.’ Both colours help to neutralise the warm tones of the Ceasarstone ‘Excava.’

Butler’s pantry
The butler’s pantry was my favourite part of the kitchen – spacious and stylish it features a series of integrated Subzero fridges and plenty of wine storage too.

For more | All our Block coverage