After launching just four years ago, the upwards trajectory of homewares start-up Mustard Made continues apace with the brand having officially launched into Europe, its fourth global market. The creation of sisters Becca Stern and Jess Grey, Mustard Made has grown into a multi-million dollar global brand since its inception, and the brand has now sold lockers in over 35 countries, and employs a team of 21 people.

“Initially, Brexit put our European expansion plans on hold as it became too hard to ship from the UK to our European customers, so it’s great to finally be in that market,” says Mustard Made creative director Becca Stern of the brand’s new European website and Slovakian warehouse which allows it to ship from Europe to Europe. “We can now offer our customers much faster, more predictable delivery and great customer service,” says Becca who explains that, so far, their best-selling European region is Germany.

The Mustard Made business idea emerged after Becca became obsessed with vintage lockers – she would salvage them from the roadside and began customising them with shelving and more. “Our first colours were based off a pink and green vintage locker that I found,” says Becca who launched the brand with six colours and now offers 11 fabulous hues.

And while the brand started with just two locker styles, they now offer five different iterations including ‘The Twinny’ which is wardrobe sized. “Going up to that size was a big step for us. The Twinny is great for kids’ rooms as its fits absolutely everything a child needs with space for bedding too. It been our most popular style in the US, perhaps because the houses are bigger,” says Becca who reveals that the brand’s sales have just surpassed $1.5 million dollars in the US market where most orders are shipped to New York, LA and Texas.

Not bad for a small, family run business that now employs Becca and Jess’ husbands too. “Having our husbands on board has been profoundly game changing. Jess and I wouldn’t have necessarily been able to take the business this far with just the two us,” says Becca who explains that the sisters juggle the demands of the business while taking care of their children (Becca has three children and Jess has one) alongside their respective partners.

Interestingly, Becca is based here in Australia (Newcastle) and Jess lives in the girls’ hometown of London. “I look after the creative side as well as Australia and New Zealand whereas the European and US markets are managed from the UK,” says Becca.

‘The Midi’ is another popular style

When launching the business, Becca never imagined its incredible success having incorrectly assumed that most customers would be make a one-time purchase. “One of the most pleasant surprises is that the product is addictive. We thought we wouldn’t have repeat customers, but we were so wrong. When you buy a locker and realise how practical they are, how much you can fit in them and how cool they look, you will buy another one.” 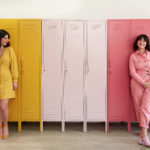 Multimillion dollar locker business launches in the US
Mustard Made, the homewares startup by sisters Becca and Jess Stern which was launched at a Sydney trade show in… 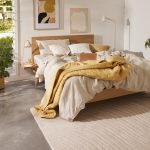 Koala launches sustainable homewares with an Australian first
Koala are continuing to expand their offering beyond mattresses by branching into homewares. The collection of over 30 pieces spans…
FacebookPinEmailTweet