After a decade working on super yachts, sailing the Mediterranean and Caribbean, Sally Oulton returned to Australia, became a mother and found herself living in the hills behind Noosa. “I was looking to create a business around the sea and through that process discovered a love of coastal homewares,” says Sally.

But with so many purveyors of ocean themed wares, Sally knew she needed a point of difference which is how the idea for her furniture and homewares business, Coastal Vintage, emerged. “I had a lightbulb moment when I thought about the possibility of selling old wares like my Nana and Uncle had in the UK. I then decided to combine coastal and vintage pieces,” says Sally who opened her business six years ago. Initially opening two days a week (to fit around her daughters’ daycare schedule) and operating out of her garage, the business now has its own warehouse, trades six days a week, ships worldwide and is staffed by a crew of five. “We also open every day over the holiday breaks as many of our Instagram followers visit Noosa and want to come to the store,” says Sally who has over 40,000 Instagram followers.

The store’s eclectic mix includes vintage nautical pieces, paddles and fishing gear, as well as sustainable coral, clamshells, glass floats, lobster pot buoys, custom made light fittings and brass hardware. “We love old rustic pieces juxtaposed against a freshly painted VJ panelled wall. We love the mix of old and new, and the layers of texture and personality that only comes from a curated collection,” says Sally who finds that many clients are seeking a special piece to add character and warmth to a new home or renovation.

As well as being an agent for the range, Sally uses Jolie Paints to breathe new life into vintage life rings and fishing buoys, as well as to create custom painted paddles and oars. She also hosts workshops showing people how to use the product. 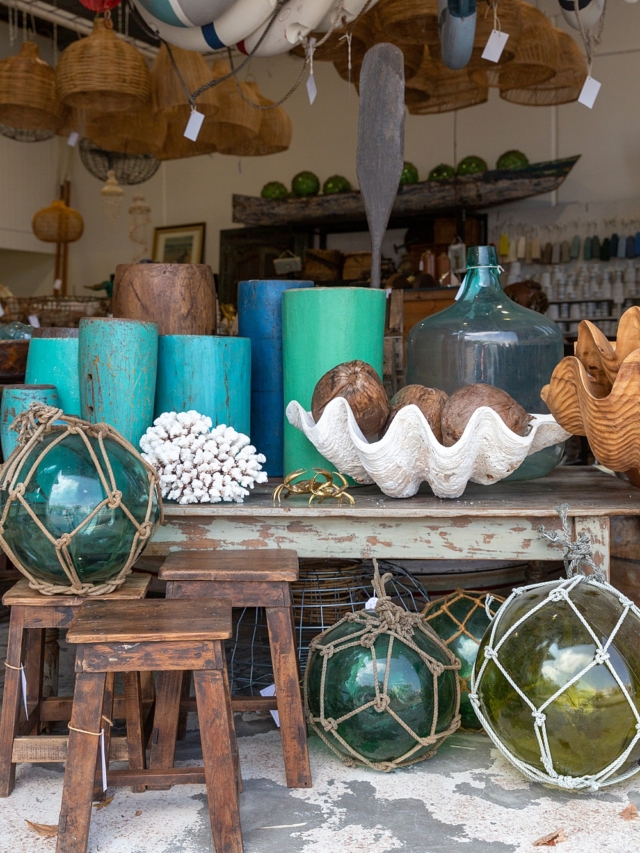 Unsurprisingly, many of Sally’s finds have found their way onto to cruise ships, into Hollywood blockbusters, houses in the Bahamas as well as beach shacks and Hampton’s style homes. “We’ve had some pieces in The Pirates of the Caribbean, the latest Elvis movie that is being made, an ABC show and many hotels and restaurants,” says Sally.

A pair of antique paddles, found in Indonesia, are going to be displayed in a Norwegian cruise ship that is currently being built, while another pair of paddles will be hung in a newly renovated Hilton hotel in the US.

The range is sourced across the globe (everywhere from Australia to Indonesia, Japan, France, UK and the USA), through a process that has unearthed many family heirlooms; three of which have made their way back to their original owners, via Sally.

“One time, I found a lovely old photo at a market of a family on the beach in Pittwater. As soon as a customer saw it on Facebook, she recognised her ancestors and it is now in her home. Those stories give me goosebumps,” says Sally. 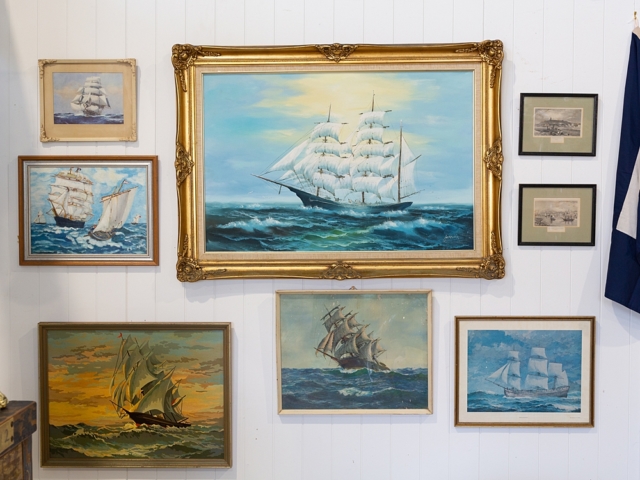 As for her favourite products, she’s a big fan of the giant clam shells and the aged brass mermaid handles which can be found at the aforementioned Clovelly Hotel. “I had one clam shell that was over 200 years old and had been in the same family for over a century. It arrived at the original owner’s grandparents’ home via horse and cart.”