While Matt and Kim Di Costa may not have made it through last night’s The Block Triple Threat elimination (read all about it here), it’s certainly not dampened Matt’s spirits for the future. With several projects on the horizon and a dream to be one of Australia’s best interior designers, last night’s episode signaled a change in direction, as the newlyweds moved to a more luxe and classy look.

“In our room we weren’t repeating a look we had done before, we were creating something we were aspiring to,” explains Matt. “I feel in the last couple seasons of The Block, we’ve been seeing a lot of the same stuff. It’s not because the contestants aren’t pushing the boundaries, I think it’s sponsor driven, time issues and a lot of them having fallen into the groove of following what’s really close to on trend. There haven’t been many couples trying to step past that and I think what we did is coming; that kind of luxe injection into contemporary rooms. We hadn’t really seen luxe on The Block before, and we really wanted to show people what is possible on $10,000.”

While they didn’t get the result they were hoping for, they both had a great time, feeling a lot more confident and brave than their first time on 2013’s The Block Sky High. “It was really fun,” says Matt. “We had such a good time. I suppose the first one you’re not as emotionally prepared, but this time we were just excited to come back and try and make history with another room. It was very emotional but we had a ton of fun, which is what The Block should be.” 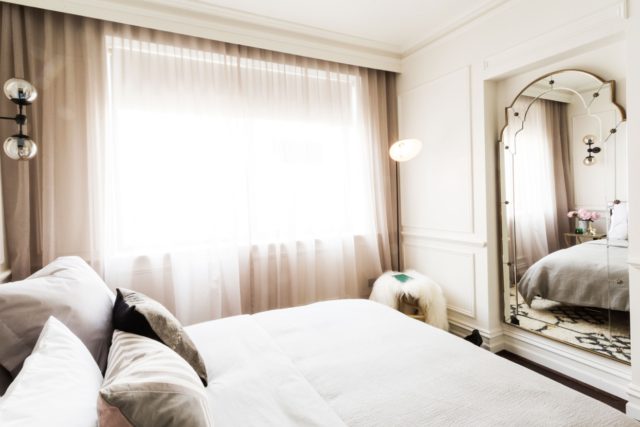 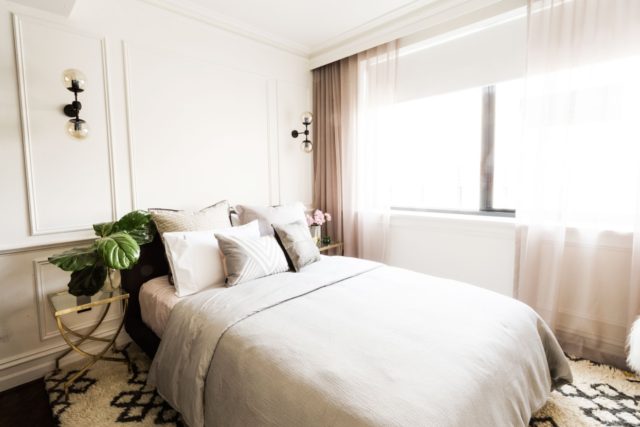 While Matt says they had big plans for The Block — had they got through — they have many upcoming projects that will show off their new and more mature side. “We just bought a house in Perth that we’re going to put an extension on and completely redo the interiors. You’ll see a lot of the ideas we would have done on this season of The Block in this house, so we’re really excited about that.”

They also have their own business, Sky High Renders, they’re filming six episodes of Matt & Kim To The Rescue (where they will transform houses in just three days!) and they have a couple of interiors projects on the go, including a cafe. “I want to be one of the best interior designers in Australia,” explains Matt. “It’s a long road, but I think it’s just about picking the right projects. It comes down to study and having the guts to do it. So this year I just hope I have the right projects come to me.”