Sydney Open, the city’s premier and much-loved open building weekend, returns this weekend on 5 and 6 November. Sydney Open 2022 unlocks the doors to more than 50 of the city’s important historic and architecturally inspiring buildings and spaces, many usually off limits to the public. The Sydney Open is the perfect way to rediscover the beauty and little known history of the city.

Distinct activities are held on each day of the weekend.

The Focus Tours reveal some of the secrets and stories of Sydney’s best loved and most intriguing spaces. Held in smaller groups and led by expert guides, they offer a more personalised behind-the-scenes experience.

Be one of the first to discover the spectacular new PHIVE building, a bold architectural statement redefining civic space in the heart of Parramatta, and learn about the history of the Female Factory, Female Orphan School and Our Lady of Mercy College.

Come and learn about the local Aboriginal history and culture of the Gadigal people on the Giba-Nura tour of The Rocks and explore the Tranby Aboriginal Co-operative Heritage Campus, Australia’s oldest independent Indigenous education provider.

Be inspired by a guided tour of Woodlands, the 19th-century house where Ethel Turner penned Seven little Australians, and take a rare glimpse inside Wirian, the home of the late artist Martin Sharp. Visit Lindesay in Darling Point for a rare chance to see the stunning Gothic Revival mansion by night, and marvel at the award-winning Cremorne Point Apartment on the other side of the harbour.

Go behind the scenes of the Barangaroo Boat conservation project, which is conserving the oldest known colonial-built vessel in Australia, and venture to below-deck areas (never before seen by the public) of the Daring Class destroyer HMAS Vampire II at the Australian National Maritime Museum.

The City Pass unlocks more than 25 buildings to visit at your own pace. Explore some of the newest and most innovative buildings in the CBD, including the new Quay Quarter Tower, an impressive example of adaptive reuse, and the Poly Centre in Circular Quay. Architects and experts will lead free drop-in talks and tours as part of your City Pass.

Visit the Official Residence and Office of the Governor of NSW,Government House, and the impressive early-20th-century Registrar General’s Building. The World UNESCO Heritage-listed Hyde Park Barracks is right next door, and across Hyde Park is the Anzac Memorial, one of Sydney’s most significant public monuments. Don’t miss out on seeing the beautiful series of early Australian stained glass panels at St John’s Church, home of the Genesian Theatre Company.

Admire the stunning Beaux-Arts façade of 50 Martin Place, once the city’s most expensive building, then venture inside to see the award-winning modern workspace and striking steel-framed glass dome offering unique views of the city. Visit the ever popular Sydney Masonic Centre, the head quarters of the Freemasons and an icon of Brutalist architecture, and the majestic and stately Great Synagogue, the oldest surviving synagogue in Sydney. Tour the historic rooms of Sydney Trades Hall, the office and meeting place for NSW trade unionists from 1888.

Whether you are interested in architecture, photography, learning more about our city or spending a great day with friends, there’s plenty to enjoy and discover at the Sydney Open 2022. 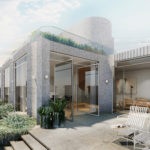 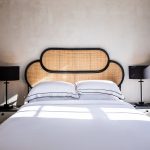 Parisian grit meets glamour in new Sydney hotel with rooftop bar
Bursting with character, Darlinghurst’s The Strand Hotel has completed the final phase of its multi-level restoration. The 99-year-old pub with the…
FacebookPinEmailTweet