Jess Dwyer moved back to her home town of Bega in NSW after a career ‘light bulb’ moment which saw her resign from her corporate role and start her own home staging business, ‘Right At Home Staging.’ Her first project upon returning to Bega? A bathroom reno on her childhood home.

Though functional, the bathroom was in dire need of a makeover. “The bathroom was about 80% in its original 1978 condition,” says Jess. With the peachy-cream and brown colour scheme and traditional bath tub and glassed in shower combo, there was plenty of scope for improvement “Seeing potential was very easy with the space,” adds Jess who did not just have aesthetics to consider when planning but also the long term usefulness of the space. 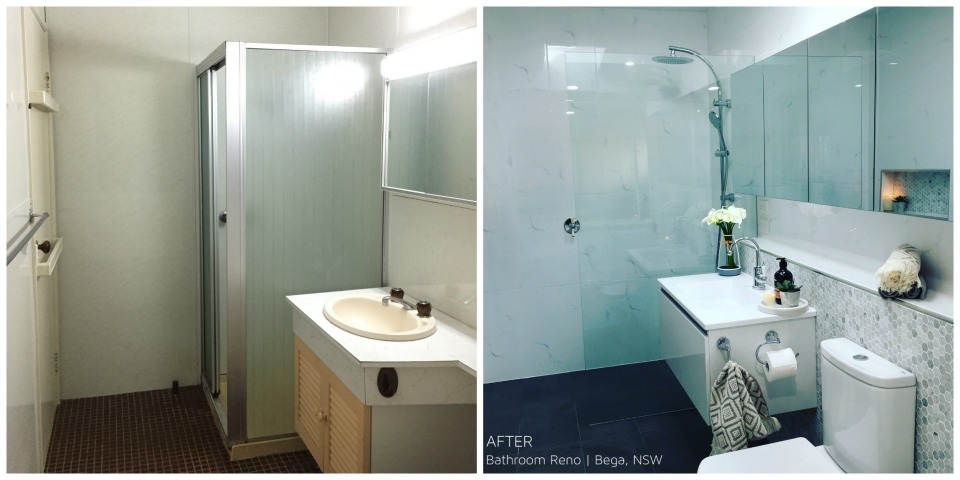 “We renovated knowing my parents would remain in the property for quite some time,” explains Jess. “We made certain decisions based on their living requirements ie storage, no step into the shower, easy access etc.”

The project, which took around 8 weeks to complete, cost the first time renovator and her family approximately $25,000 which included both materials and labour. The biggest change that needed to be made was moving the bathroom door further along the wall to allow for a bigger shower. Jess and the team also extended out the wall where the bathtub was located which allowed more room to install a toilet. Jess’s favourite feature of the new and improved space? The Velux skylight. “The bathroom was quite dark due to there being no external windows. The new skylight looks so impressive and lets in so much natural light.” 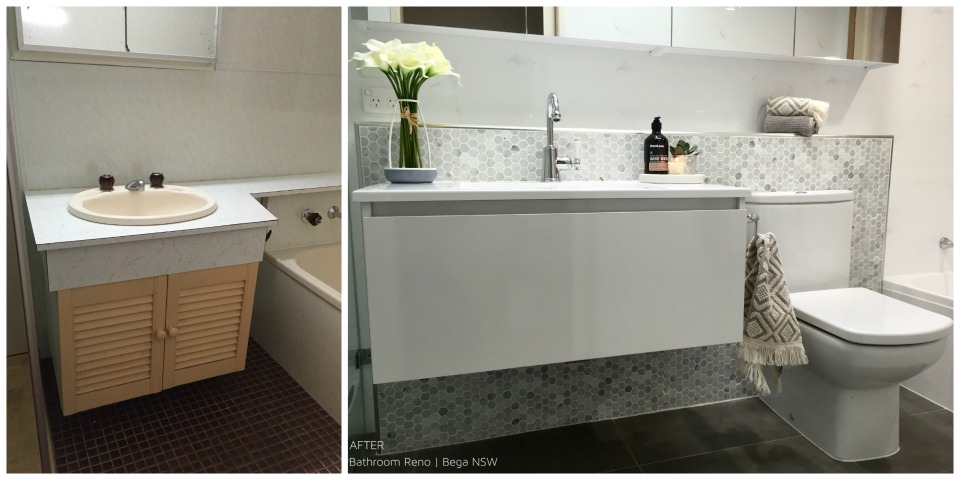 While the experience was a steep learning curve for Jess, she loved the process. “I never thought l would enjoy it as much as l did,” says Jess. “I love a good before and after and being involved right from the beginning is exciting!” Her advice for would-be renovators? “Start collecting pictures for inspiration well before you start. I had quite the collection on a mood board and would remove and add over time until we were happy with the final design. It also gave us time to really think practically about the space before a final design was confirmed. And most importantly, surround yourself with trades that you trust and that understand your requirements.”