Sunday night saw three of the five couples present en suites as well as guest bedrooms; quite the achievement! So we thought we’d take a closer look and tell you exactly which products and tiles they chose, in case you saw something which inspired you. I liked that they were all very different. Which was your favourite?

Oh, how I loved this one, especially the tile and tap choices. Just classic and gorgeous, but with a modern twist. I like how their patterned floor was quite subtle. 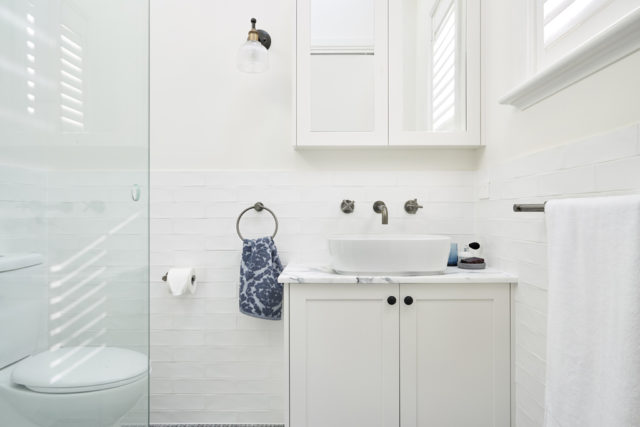 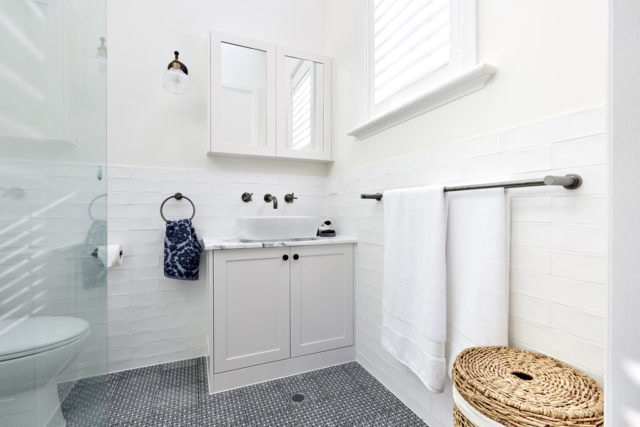 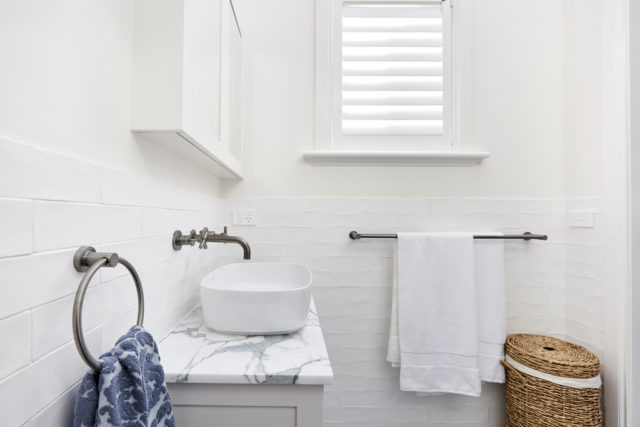 This bathroom isn’t really my style, and I agreed it didn’t necessarily suit the bedroom or the rest of the house but still, it was a really spacious, light-filled, impressively finished space. 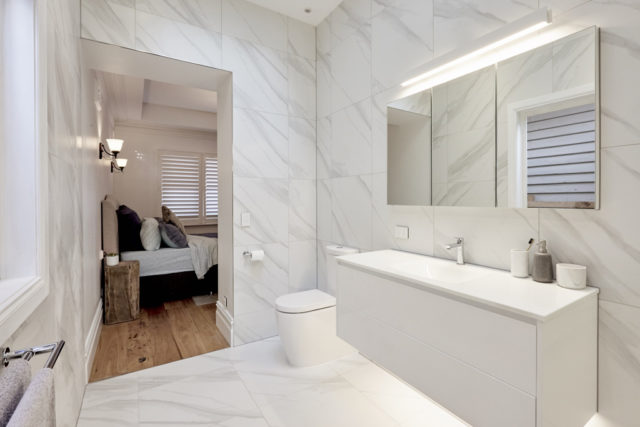 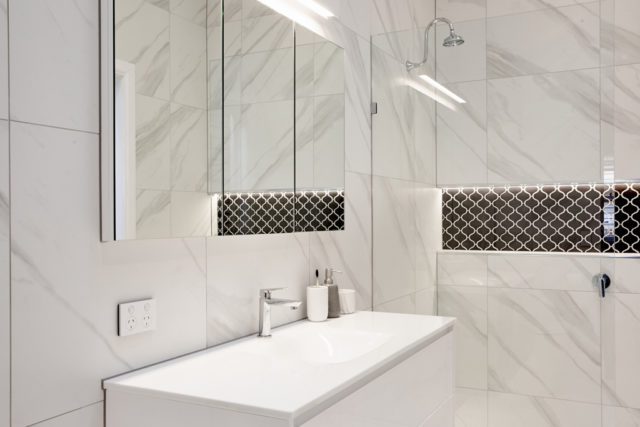 This was probably my favourite. I’m a sucker for the gold tapware; it’s just stunning. Keeping everything else quite simple was a great move, letting the hardware do the talking! But those black basins provided some great contrast too. 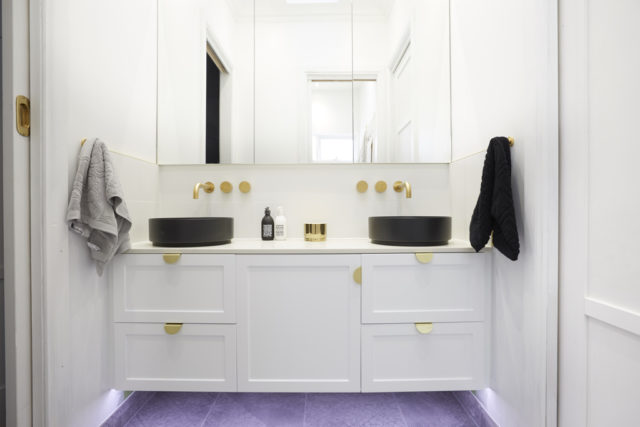 Did you miss the guest bedroom reveals? Catch up here.