David Harrison is a respected interiors writer and stylist who regularly reports on the Milan Furniture Fair for Inside Out. He was once the Australian importer of Isamu Noguchi lights from Ozeki & Co Japan and Tendo Mokko Japan. He also distributed Carl Hansen in NSW for several years and imported vintage American pieces. In this guest post, he shares why he doesn’t think you should buy replicas.

“As an avid collector of vintage 20th Century furniture for the last 15 or more years, I have seen the rise of replica furniture from an occasional offensive dot on the design landscape to becoming an epidemic. While Anne-Maree Sargeant has spoken about most of the issues that make copying of a designer’s IP ethically and morally wrong, I would also like to point out how it also effects the manufacturer and the retailer of originals.

When a designer comes up with a concept for a new furniture or lighting piece they need to spend months, sometimes years of their life getting it to a stage where a manufacturer will take on the design for mass production. The designer is generally not paid for this development time unless they are commissioned by the manufacturer to design a specific object.

Most designers will present their design to several manufacturers, going from meeting to meeting and making new prototypes and will continually refine the design as a result of feedback from potential manufacturers and to streamline the manufacturing process. As I said, this can take years. If eventually a company decides to proceed and manufacture the design then the designer will be paid a royalty fee of a percentage of profit of every unit sold. As for musicians and writers, the fee per unit sold is minimal and the only way to make money is to achieve large volume sales.

A large percentage of Australian designers will struggle to get more than one item into production every couple of years. Not a large money earner as you can imagine. Very successful international stars may have 10-to-50 items in production at any one time but they also have to run a studio with assistant designers and office staff to facilitate the amount of design work. It’s by no means a cash cow.

The manufacturer has to tool up for production and depending on what the design is, this could cost anything from $50,000 to several million dollars. Often the manufacturer then takes the design to trade fairs around the globe along with their other new designs to the trade and general public, at great expense the company.

This is where the replica guy comes in. Secretly taking photographs at this point enables a replica manufacturer to avoid all the time-consuming and expensive development phases. All the manufacturing and material bugs have been resolved by the original designer and manufacturer – all the replica guy has to do is copy it. No payment to the designer, no license with the original manufacturer. It is design theft, there is no other word for it.

The replica manufacturer will then alter the design to suit the cost criteria (i.e making it much cheaper) so material quality, design details and skilled labour are all compromised. So long as the general appearance remains close to the original design the replica guy wont care how long it lasts or whether the design integrity has been maintained. Fake versions will for instance replace quality tanned leather with cheap processed leather which is tanned with toxic chemicals, sanded and painted rather than naturally tanned and dyed. Fakes will be steel plated with the thinest amount of chrome which will corrode easily and use cheaper timbers that are unsuitable to the task – all because it’s cheaper. This will be done in countries where labour laws do not control the workers conditions – again because it’s cheaper. Yes, the end result is much cheaper for the retail consumer but the chair, table, light or clock will be a pale imitation of the real thing.

Replica makers are ultimately taking revenue away from the designers and manufacturers who invest so much in the creation of these items. Take this money out of the system and these companies cannot sustain releasing new designs and the world of design will be heavily affected. All the original manufacturers spend large amounts of money promoting the original product to alert the general pubic of its existence and this too is stolen by the replica sellers, benefiting from the popularity of a new design while taking very few risks.

Even if the designer is long since dead, original manufacturers pay royalties to the estate or the family of the designer and must always seek approval before changing any aspect of the design. This is how it should be so that great designs are not tampered with to suit fashion or economics.

People need to appreciate design as an art form, it isn’t just an industrial process. As with quality art, most people can’t afford to buy paintings or sculpture whenever they feel like it. Sometimes you have to be happy with just looking at interesting art and furniture that is outside your price range rather than opting for fakes. If you’re passionate about a particular piece, save up for it. In the end, a piece that is saved for will become a treasure, not a disposable piece.

What the replica sellers call the ‘democratisation of design’ relies on the ignorance of the consumer to the issues and the general desire for instant gratification. Real democratic design is where the designer sets out to design something that can be made in large volume for a price that is affordable with various decisions being made to ensure that the outcome is a good compromise between design, quality and price. There are many furniture companies from all over the world striving for this mix: Blu Dot, Hay, SCP, Normann Copenhagen and NIls Holger Moorman are just a few of the ones to look out for.

The replica seller is just exploiting a loop hole in the law to line their own pockets. Don’t buy fakes. Buy the real thing.”

Are you a fan of Interiors Addict on Facebook? 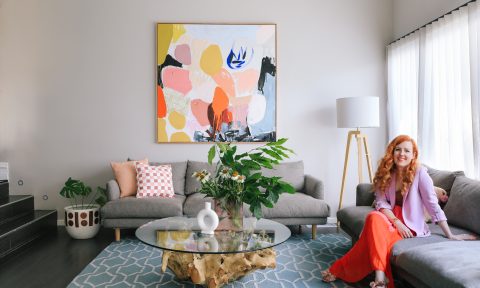 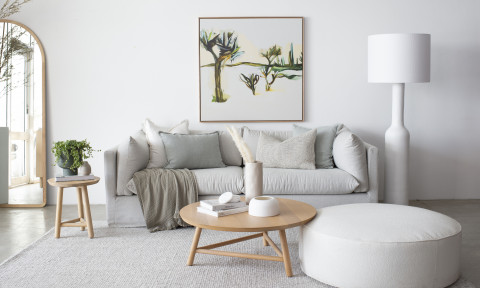