Switching from full-time interior design editor for Belle magazine to freelance stylist a year ago, Steve Cordony found himself working from home. Having recently purchased the apartment he had rented for years, it was the perfect opportunity to renovate and decorate the perfect creative space! And of course, it is as stylish and beautiful as you’d expect. 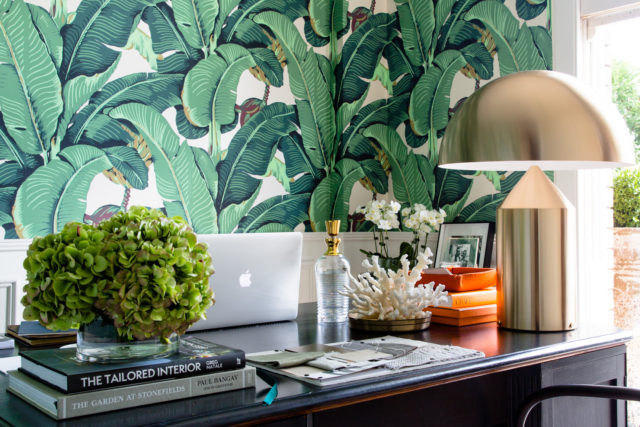 “The flexibility of working on different projects and collaborating with different clients was the most exciting part about going freelance,” Steve says. “I had been freelance prior to being Belle’s interior design editor and being a creative and unable to sit still for more than five minutes, freelance-land suits my frenetic nature!” 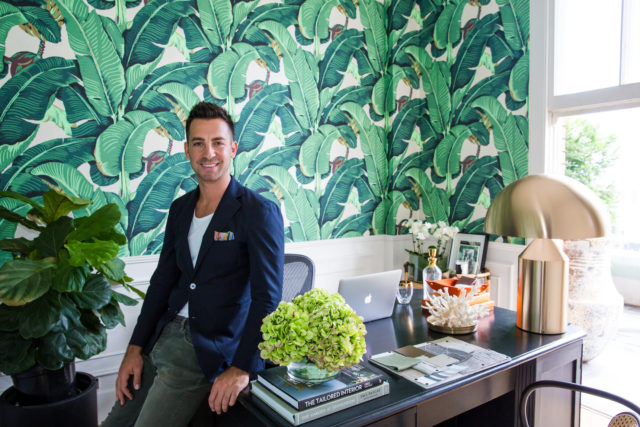 He’s not had much chance to sit still, working on interiors for Mirvac’s new Bondi and Green Square projects, styling for Belle as their style director at-large and working with Myer, Sheridan and advertising clients as well as styling some spectacular events for clients including Sephora, Stoneleigh and L’Oreal. “I have also been working with Waterford as a style contributor and most excitingly, I am working on a couple of product ranges as we speak with some great companies.” We can’t wait to see them!

Now based out of home in Sydney, Steve’s office space is very important to him as he spends so much time there. “I had to make it a space that had a great feel to it with good light. Luckily, we were renovating the rest of the home around the same time so I was able to design the space as a whole and it was much easier logistically with trades etc. I know there’ll come a point soon where I will have to move to a bigger office space, but I’m staying at home for as long as I can!” 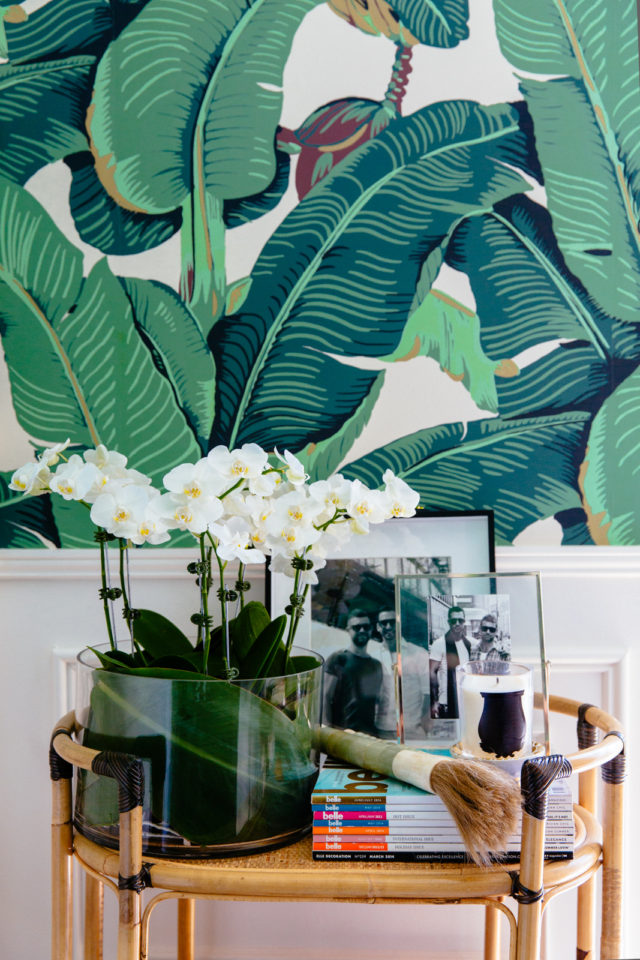 [contextly_sidebar id=”aLzFVvScwv2EnjFaXccsgs9XfnU7ZBeS”]After renting the space for 3.5 years, when the opportunity to buy it came up, it was a dream come true, especially as Steve had already redesigned the space in his head countless times over! “It was such a blessing not having to move!” He wanted the office space to feel like another room in the home, not even vaguely corporate. “The French panelling and sisal carpet are throughout the rest of the apartment. I am lucky there is great built-in storage so all the boring stuff is hidden and I basically have my double-sided desk and the bar cart from Bowerhouse to ‘style’!”

Not surprisingly, the wallpaper was his the starting point. “Weirdly, it gives the room such a sense of calm and I feel like I’m working in a jungle. It was actually (partner) Michael’s idea as he has loved it ever since we saw it in LA. It’s bold, but also classic at the same time — which sounds odd, but I think it’s because it’s such an iconic print that I hopefully won’t get over in years to come!” 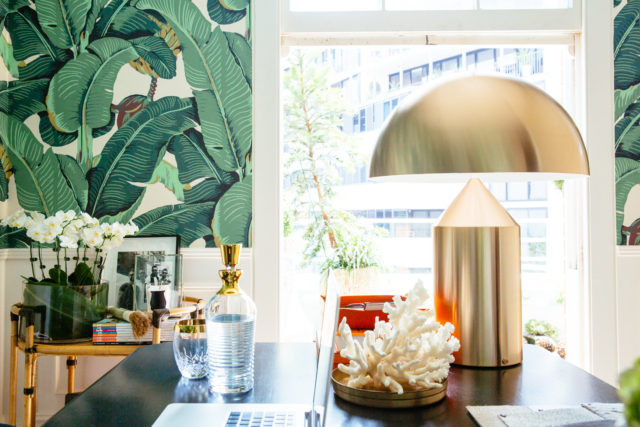 The Oluce ‘Atollo’ lamp from Euroluce was last year’s birthday present. “I had coveted this piece ever since I used it in my first assignment while studying at Enmore. Every home has to have a Ficus Lyrata (mine’s from Garden Life) and this adds to the ‘jungle fever’. The re-worked antique art deco desk is from MCM House and I have one ergonomic Herman Miller Aeron chair from Living Edge and one not so ergonomic Gebrüder Thonet 210R chair! I constantly change the accessories and books and have fresh flowers and candles burning 24/7.” 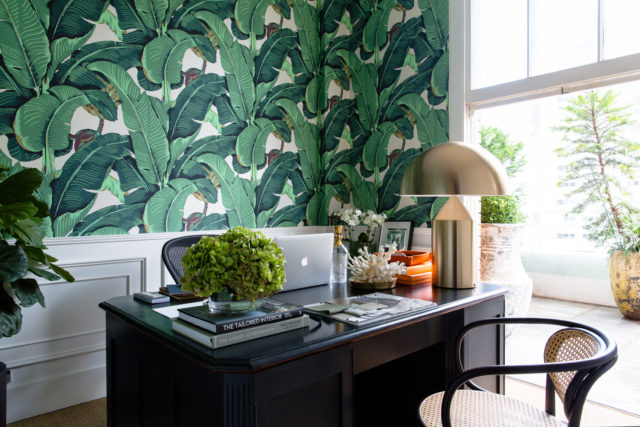 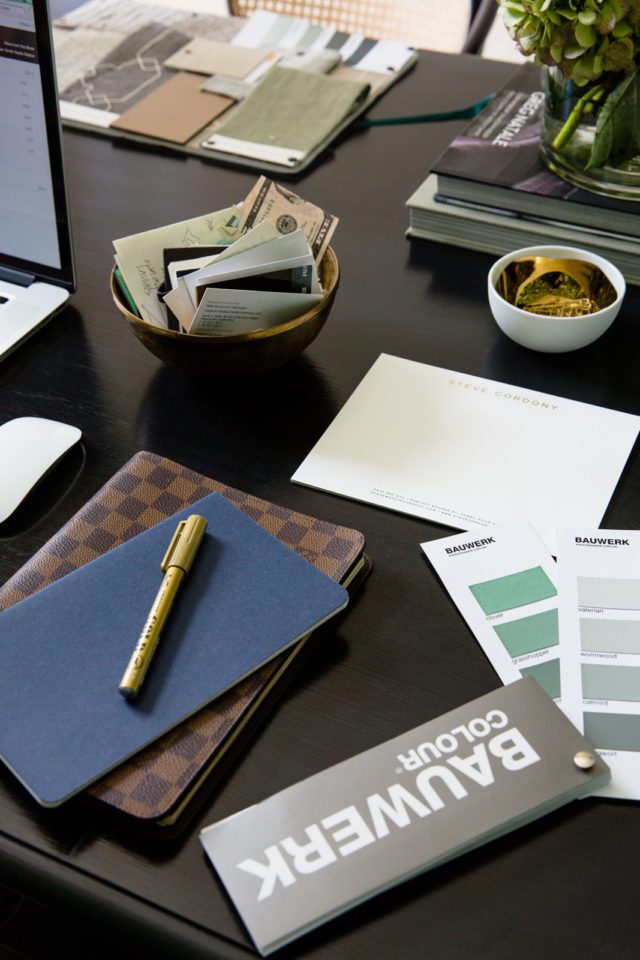 Aesthetics aside, what else does Steve think is important about a home office from a practical perspective? “Storage! It’s the most important aspect. My desk and the space itself look styled and together but behind the great wall of doors is a whole world of pain! Ok it’s not that bad, but I have drawers filled with fabric samples, kikki.K boxes with documents and shelving for samples and catalogues. And definitely good lighting. In terms of comfort, I’m so glad I invested in the Aeron desk chair as I spend so much time on it! And music — my Sonos system is my friend as I would go crazy working most days by myself in silence!” So, being one of Australia’s top stylists, does partner Michael have much say in the interiors of their home? “We have a rule where Michael looks after the terrace/outside and I am in charge of the interior. But let’s just say that rule is sometimes blurred, mainly from me being a control freak! But I did let him choose the wallpaper after all…”

Steve adds: “I would describe our home style as modern luxe. I like having contemporary and ‘designy’ pieces but most importantly, I want it to have a soul. I love incorporating items from our travels and I am always moving things around from week to week to constantly keep it interesting.” 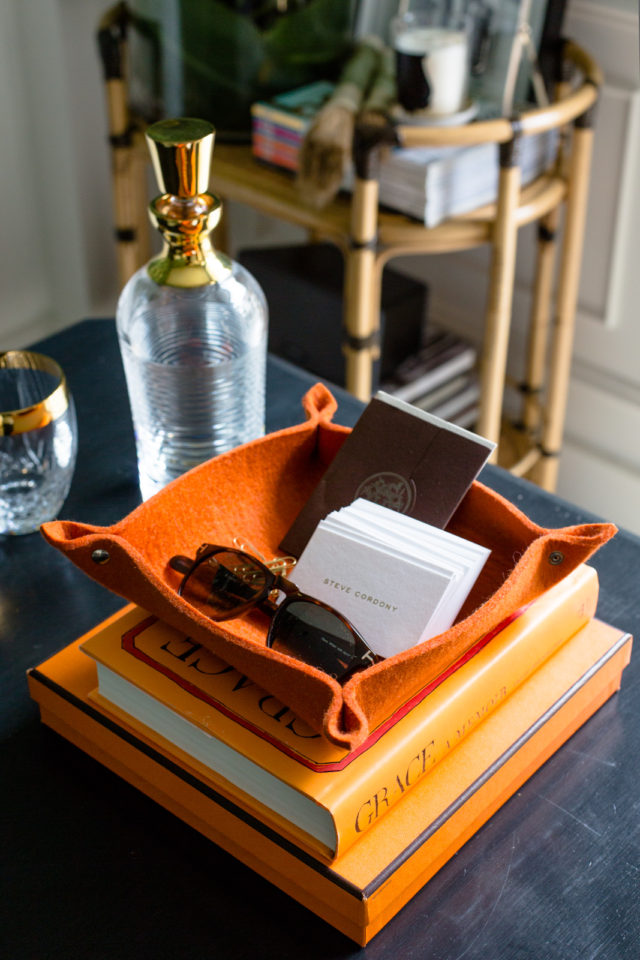