Going into last night’s auction I wasn’t sure how to think. The series before, Triple Threat, was a huge success. And I mean huge, with The Block giving away $3 million. However, the auction before, well that’s arguably best left alone in the history books! So how was The Blocktagon going to fare? Turns out, very well. 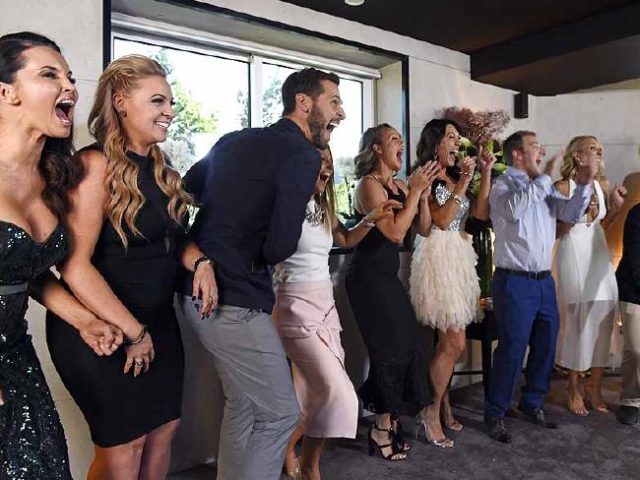 The episode started with the contestants finding out their reserves. This was interrupted by Suzi apologising to the contestants (for those who stay away from any and all tabloid drama, let’s say she’s been having a few issues of late). I thought it was really good of her to confront it head on and give an eloquent “I’m sorry.” Well done! So, once that was done, onto the reserves? Ah, well nearly. We had to sit through a hugely time-consuming, overt sponsorship-package of virtual glasses, which saw the contestants put them on to try find the keys to the briefcases that held their reserves. What a waste of time! Many minutes later, they’d found the keys. “That’s 10 minutes I won’t get back,” said Scotty. You and me both, buddy!

So with the keys retrieved, they opened their briefcases to find their reserves. I can’t say there were any surprises, with the prices going up consecutively from apartment one-to-five. Ranging from Caro and Kingi on $1.33 million (they got to deduct $10,000 as a result of their challenge apartment win) and Shay and Dean on $1.645 (who got to deduct $15,000). In my mind, it was always between these two, and now it was time for the apartments to go under the hammer.

First up were Caro and Kingi with apartment one. Now there’s quite a dramatic tale behind the auction order and them scoring position number one. Initially, in a previous episode, they had gotten number five and Luke and Ebony had received one. However, in probably the noblest move I’ve ever seen on reality TV, the second-chance siblings swapped positions after they all agreed Caro and Kingi would struggle to sell (being the lowest level apartment) if they were last. What good eggs!

So Caro and Kingi’s reserve was set at $1.33 million and it was time to start bidding. First bid? $150,000 above reserve. And from there it just kept going! Suddenly the profit was at $320k. “Did you pay off your mortgage?” said Scotty. “Yes, just then!” said Kingi. This is why I love The Block. It started slowing down and the bids were rising by $5,000 for ages. Finally there was last call and the couple ended up with a final bid of $1.735 million and a profit of $405,000. Fabulous job.

Next up was apartment three with Vonni and Suzi and a reserve of $1.48 million. Now, we’ve always known their apartment was looking for a very specific buyer. My hope, was that buyer was actually at the auction. Waiting for the bids to start Scotty had a chat with the best friends about how they went on the show for their kids. “When I felt like giving up, that’s who I thought of,” said Vonni. Oh, the emotion. And that’s not sarcasm, I actually find this stuff very moving (don’t judge). Ok, let’s get on with it.

Opening bid went straight over reserve by $30,000. Then $120,000. Two serious bidders were in play but by the time it got to a profit of $280,000 it seemed like it could all be over. Which, obviously is great money. But the fact they had to split it down the middle and it was significantly off Caro and Kingi’s winnings, I wanted them to get more. And more they did. After what felt like pulling teeth, the girls walked away with a final bid of $1.829 million and a profit of $349,000. I know they were an extremely polarising team, but there’s no doubt they deserved it.

Now it was Shay and Dean’s turn. Let’s admit it, they were the favourites from the get go. Having tried out for The Block countless times they were finally at auction day and my oh my, did I have high hopes. Their penthouse’s reserve was set at $1.645 million and their apartment (thanks to previous wins) came with a car and $10,000 in cash! To take out the show, they needed to sell for over $2 million!

Next it was Andy and Whitney with apartment two and a reserve of $1.4 million. We immediately hit awkward territory when they sat down with Scotty as a result of him bringing up that they were no longer together (another story that’s been going tabloid crazy!). I must admit I deal horrendously with cringeworthy television and when Scotty started talking about them dating other people I nearly threw my phone at the TV to make it stop. But luckily, Scotty stopped himself, and with Andy and Whitney agreeing to split the profits equally, it was time for the auction to start.

The first bid started at $60,000 over reserve. It jumped up quickly and not long after they were $200,000 over reserve. The bids were pretty slow from there on. Whitney said she wanted to pay off her parents’ mortgage which was very sweet, I just hope she gets some to keep. We got up to $360,000 over reserve and then the bids started getting into silly territory. Jumping up by just $2,500. At the end, the final bid was $1.79 million, scoring a profit of $390,000. Not a bad effort from the underdogs.

Lucky last was Luke and Ebony. I must say it’s taken me to the final episode, but Luke is my favourite. How excited he’s been throughout all the auctions and how much encouragement he’s been shouting, he clearly wants everyone to do well. So Luke (and Ebony) I hope the same goes for you. Oh wait, why are ex-contestants Ayden and Jess here? Literally, what is the point? They’ve just randomly popped in to say good luck to the siblings. It’s time-wasting rubbish like this that drives me insane. The virtual glasses, then this. Really?! Get on with it!

With a reserve of $1.56 million, the first bid came in at $50,000 over reserve. And then. Well then nothing. It went quiet. Depressing music started playing in the background, and there were close-ups of faces. So many close-ups. I could tell what the producers were doing and I was not loving it. For minutes it sat at the same bid. And after Luke and Ebony had graciously swapped positions with Caro and Kingi, they had to get more money. They had to! And… ad break. Typical.

We’re back and obviously we have to replay the sadness. Goodness this would be a crap end to the season. And then. What! Suddenly it jumped to $170,000 over reserve and then $340,000 over reserve. This makes no sense. I feel like I’ve just got played by the producers. There’s no way that happened like that in real life. No way. Heavy editing at play.

Now the bids were going super fast and in no time at all, Luke and Ebony had made over half a million in profit. Were they going to beat Shay and Dean? Close, but not quite, coming in with a final bid of $2.2 million and a profit of $640,000. Over $300,000 each! So there you have it, being selfless pays off. A lesson for all the kids out there! 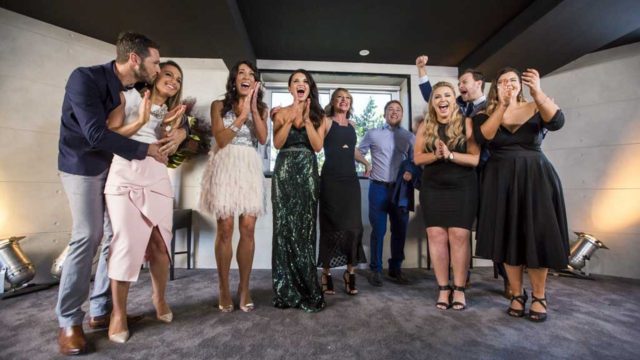 With Shay and Dean coming out on top they took home an extra $100,000, taking their grand total to $755,000. Amazing! In the end everyone did so well, and they’re always the best auctions to watch… until next year!

Read all our Block coverage.