OMG, I  don’t know about you but I got seriously high blood pressure watching last night’s terrace reveals. Agh! So much work to do, Keith handing out extra work and stopping plans in their tracks at every turn and serious amounts of tantrums, tears and rain. Nightmare! Apart from Max and Karstan of course, who seemed pretty chilled about everything! So it’s really quite staggering that the end results were, in the main, so slick and impressive. I’m amazed that four out of five couples finished, let alone anything else! 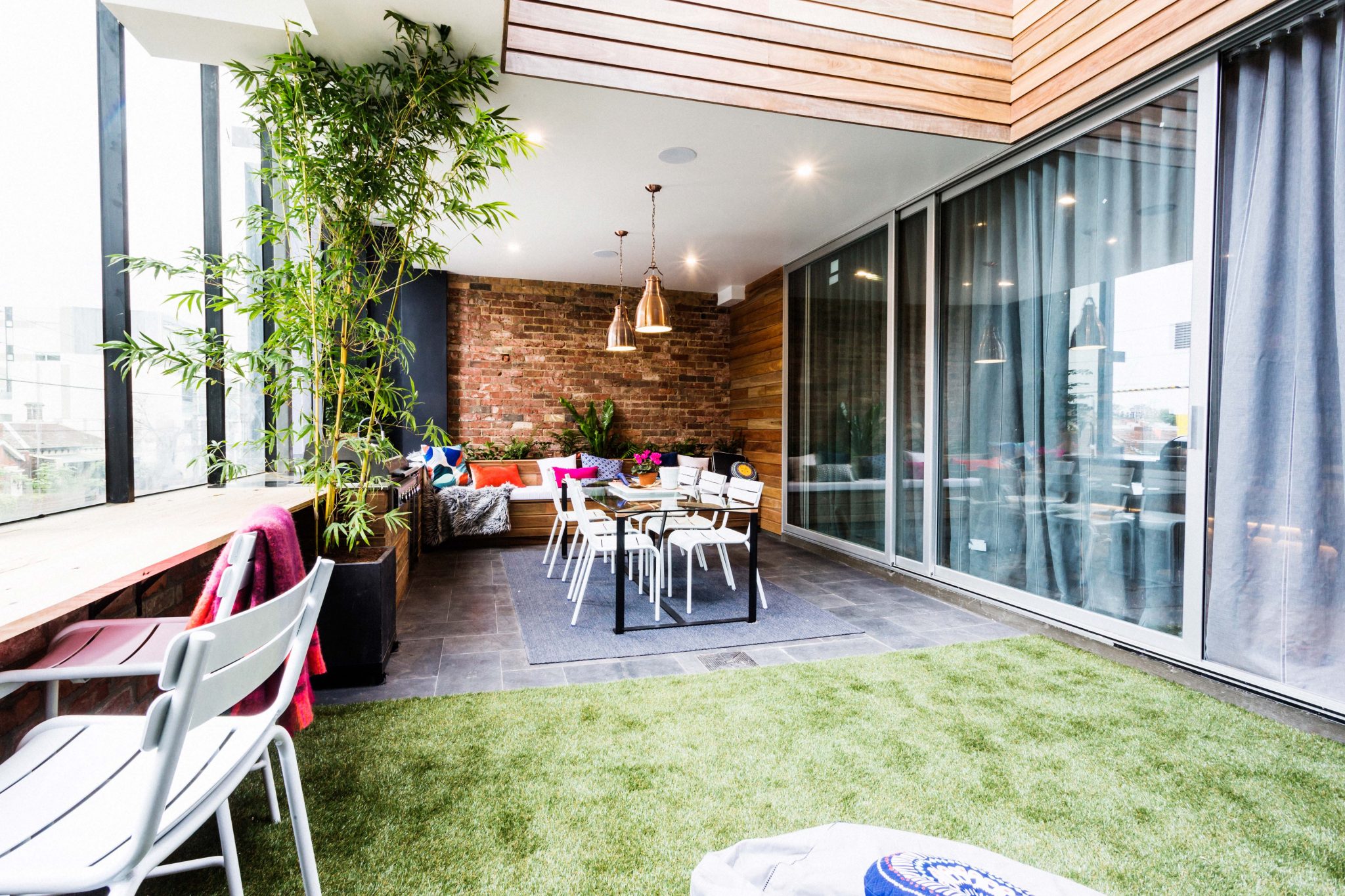 “How good is this?” and “Incredible,” were Shaynna’s words, followed by a “wow” from Darren. The judges all loved the timber cladding. Neale said the exposed brick in the indoor living area which he initially had misgivings about now made total sense in the context of the outdoor area. Darren said it felt like an urban oasis and Shaynna was amazed they’d achieved so much in just seven days, thinking of everything. Despite being close to the street, Neale said it had a feeling of seclusion which was perfect. It was going so very well until they “forgot” to put Max & Karstan’s ugly pipe lamp in their room for judging, as per the rules, losing them a point. When it came to the small upstairs terrace, Neale was in love again, calling it a real gem. The outdoor shower and vertical garden also went down well. “Michael and Carlene have a phenomenal apartment, ” said Shaynna, with Darren adding: “They’re sitting on a goldmine.” And just to finish it off, Neale declared they’d nailed it. 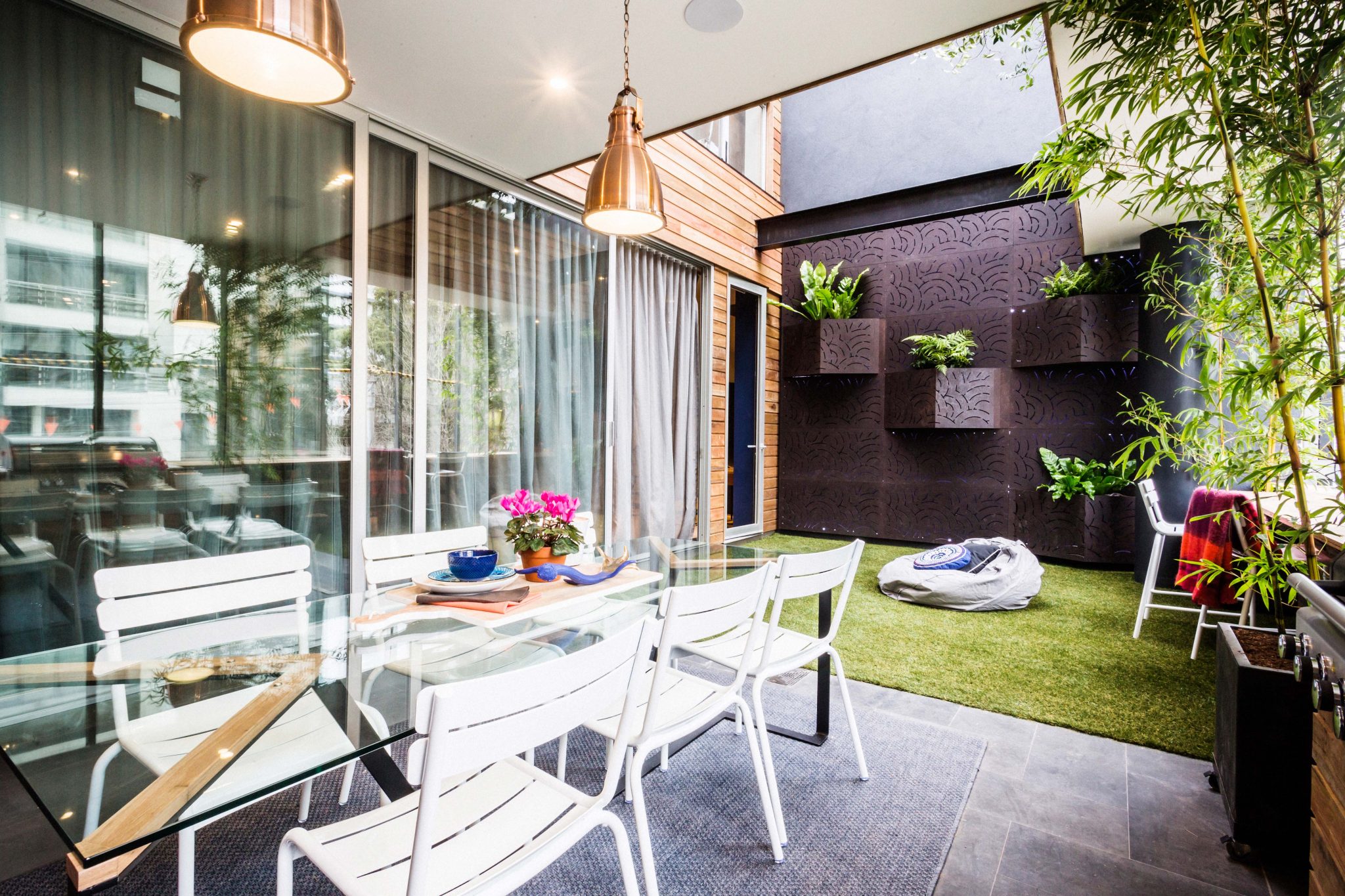 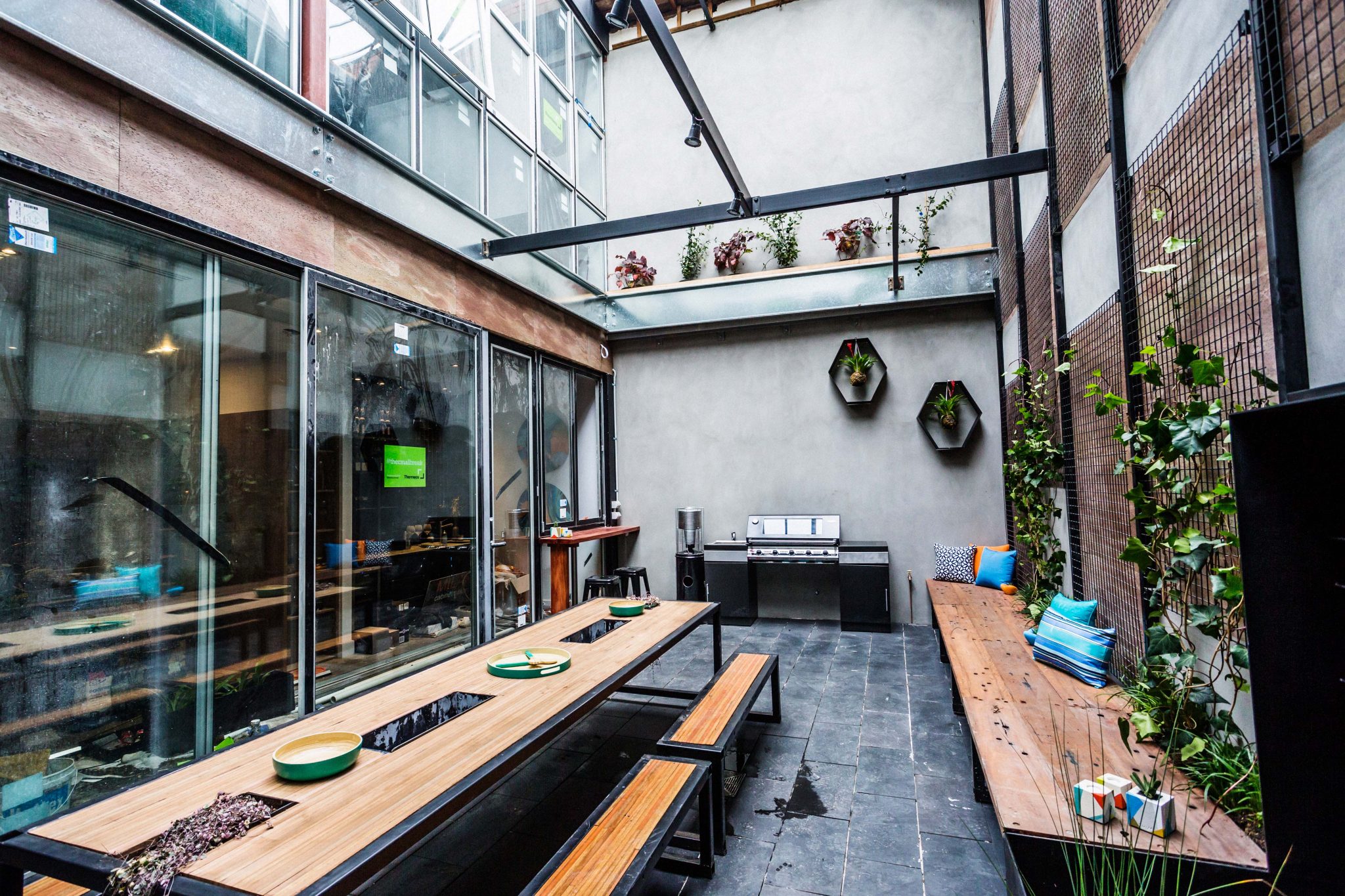 With their not one but two terraces, Chris & Jenna were falling seriously behind. Even Keith took pity on them and chose to muck in and help. Bless, what a secret softie! Not that it went down well with some of the other contestants… Nothing could stop the overwhelming reality of the sheer amount of work though, resulting in tears and domestics. With two unfinished rooms in a row you couldn’t help but feel sorry for them and nobody wants to see a man cry (poor Chris!).

While they were probably expecting the worst, Neale was very complimentary about the ivy wall and what they’d managed to achieve, creatively, on a budget. Shaynna commended them for picking themselves up each week and really trying but couldn’t ignore what hadn’t been finished but “damn well good on them!”). Neale said despite it not being finished you could see it was going to be really strong. The generous comments ended when the judges got upstairs to the rooftop however! The huge TV got plenty of criticism for being ugly and impractical. “Downstairs I could forgive them a lot but up here really doesn’t work,” summed up Neale. 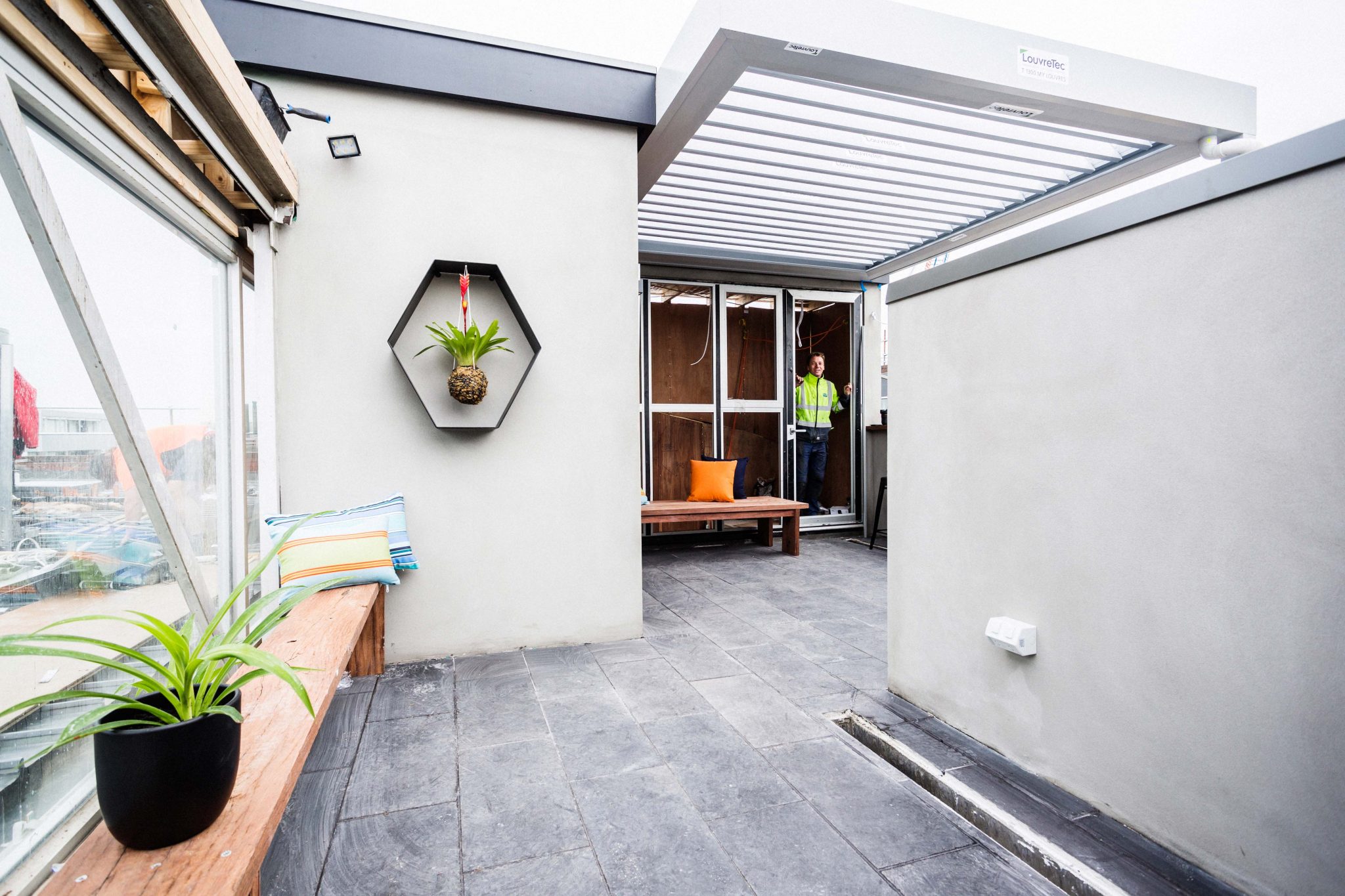 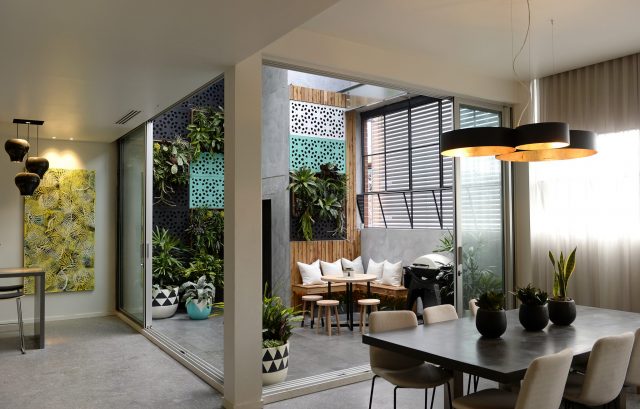 All the judges agreed the couple’s room was warm, cohesive and tied in well with the apartment. Darren loved the remote control blinds and the hanging plants. Neale said the vertical garden was one of the best examples he’d seen yet and that the terrace had made a massive difference in finishing off the apartment, which in previous weeks had been criticised for being too cold and clinical. These two did lose a point though for not incorporating Dee and Darren’s hideous trumpet lights! 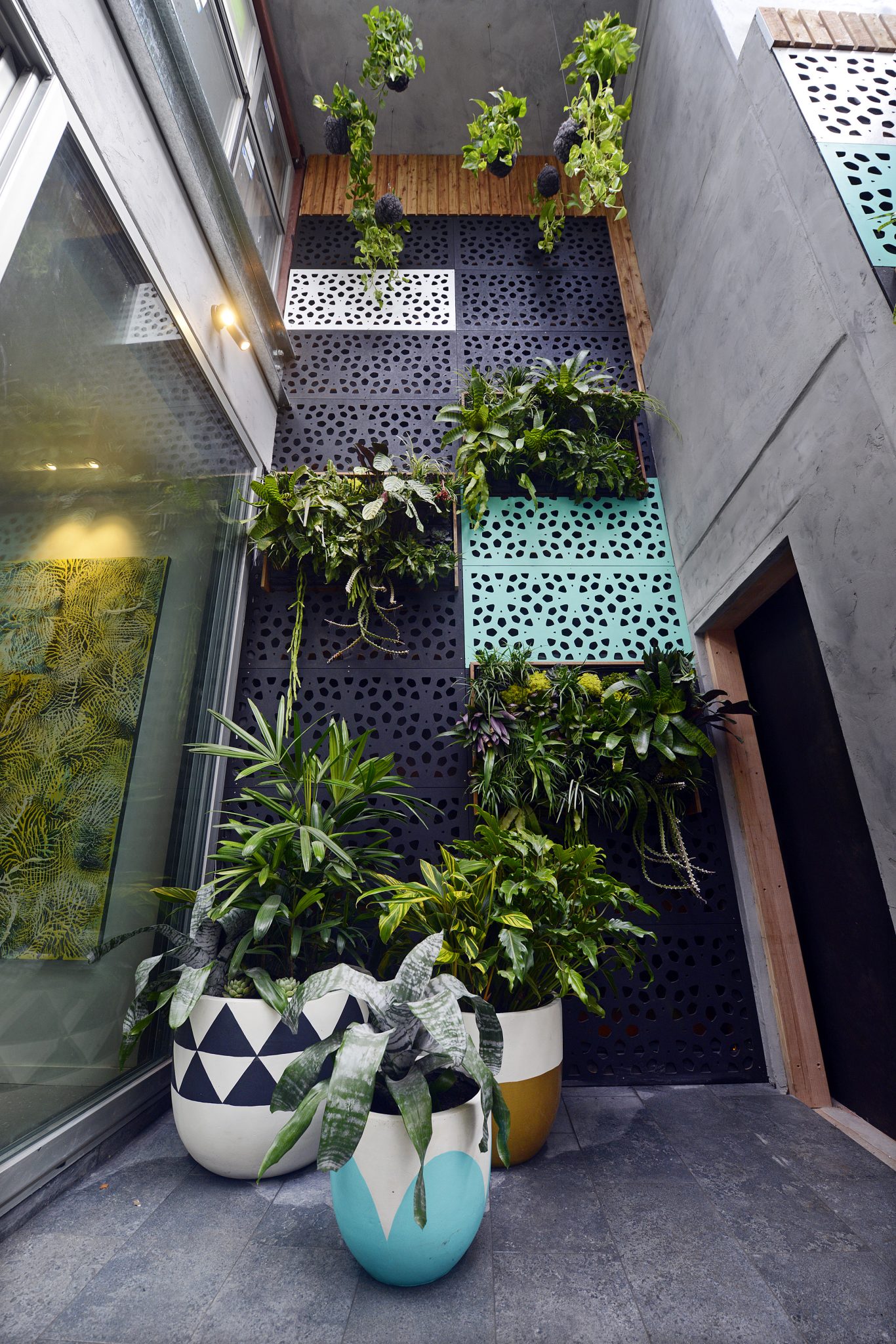 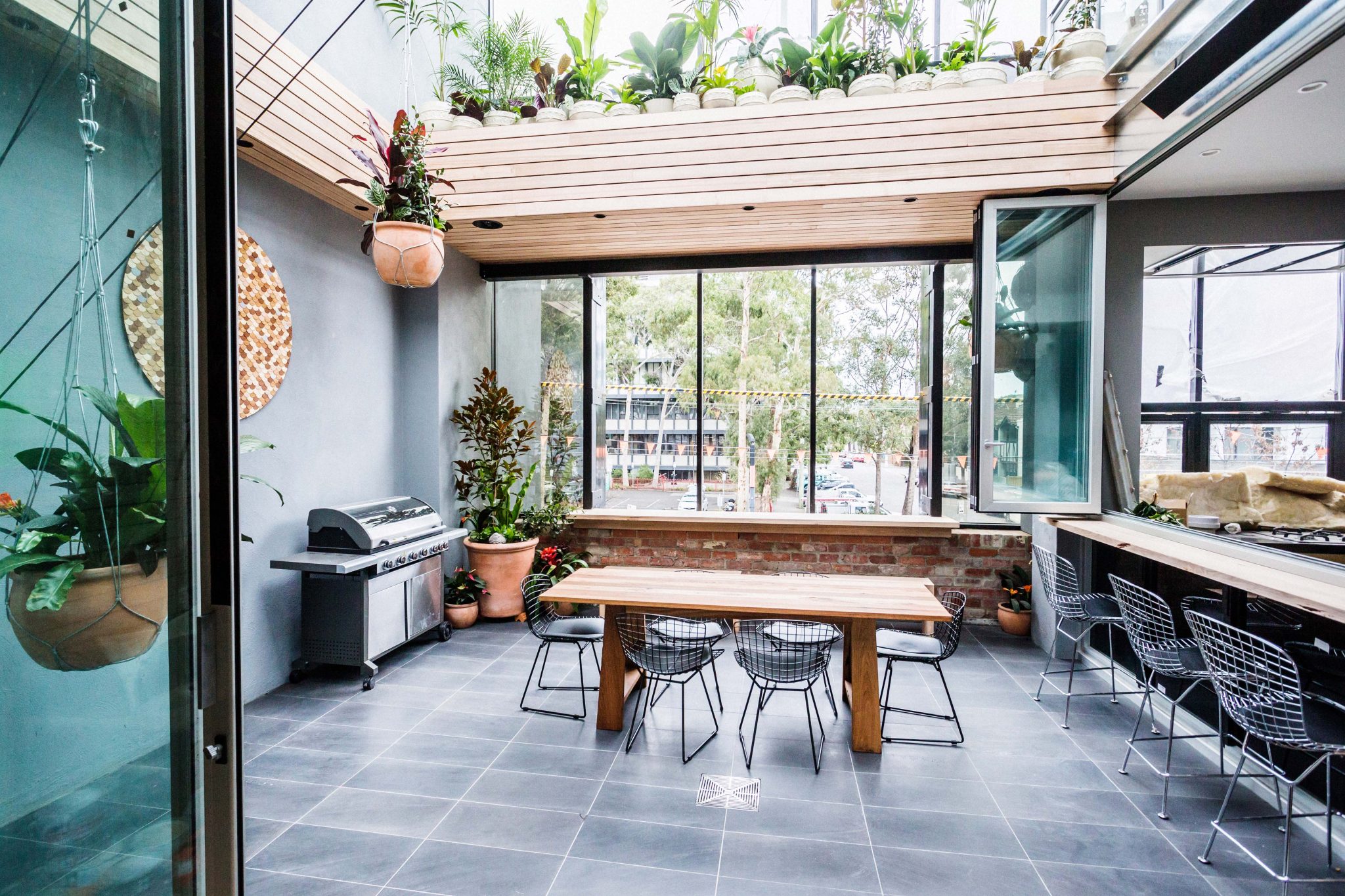 The boys seemed to have one hurdle after another to overcome this week but, in their usual style, remained good humoured! But the judges couldn’t agree on the space. While Darren and Neale loved the hanging and other pots, Shaynna hated them and said they didn’t fit with the rest of the apartment. Neale said it just fell short of being absolutely brilliant while Shaynna said it was borderline boring. Owch! Neale’s hipster’s terrace was Shaynna’s abandoned warehouse! The boys also lost a point for not incorporating Michael and Carlene’s lamp. 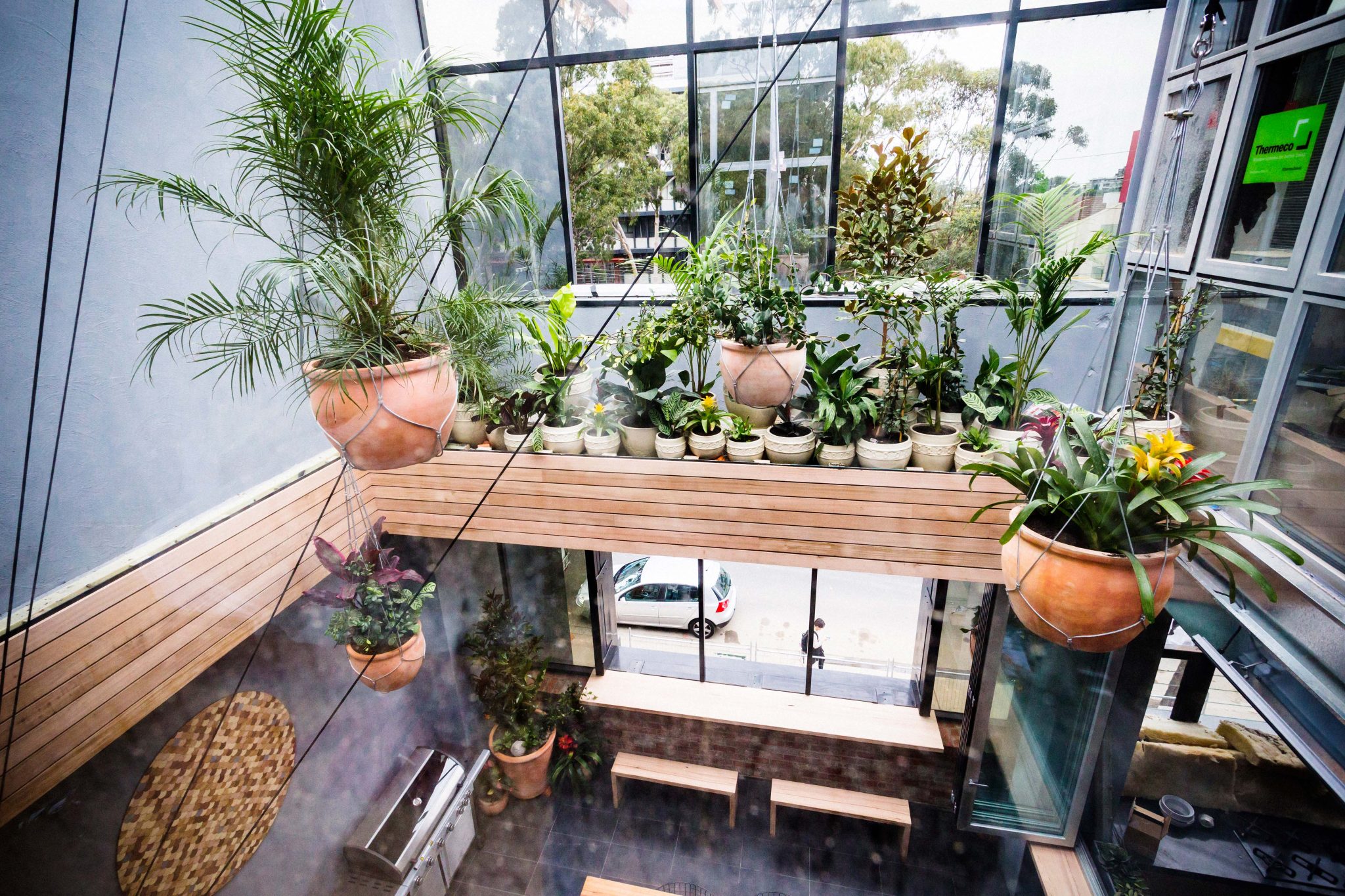 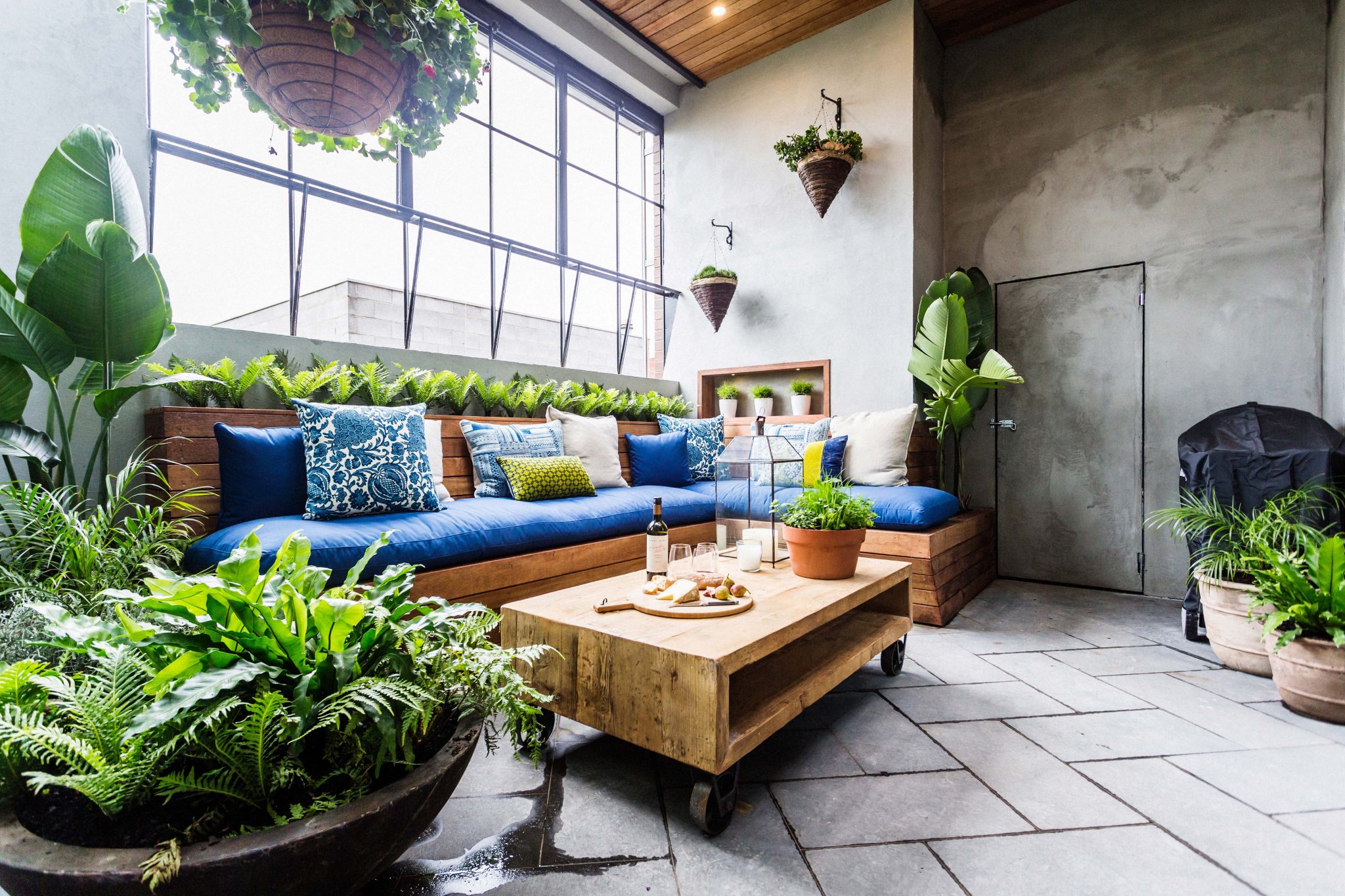 You’ve got to agree, the double Ds’ idea to create a mezzanine with city views was GENIUS. Neale and Shaynna agreed it was like a little Tuscan retreat. Neale said every now and again, more is more! As usual, the styling got big compliments. Neale said he couldn’t remember the last time he saw an apartment which was totally holistic in the way it came together. Darren got so excited when he spotted the mezzanine and ran up to check out the city views, saying you could happily sit their quietly, completely removed from the hustle and bustle of life. Shaynna said it was the sort of wow factor that would create a bidding war. Again, they lost a point though for not incorporating Chris and Jenna’s disco vertical garden. What a surprise! 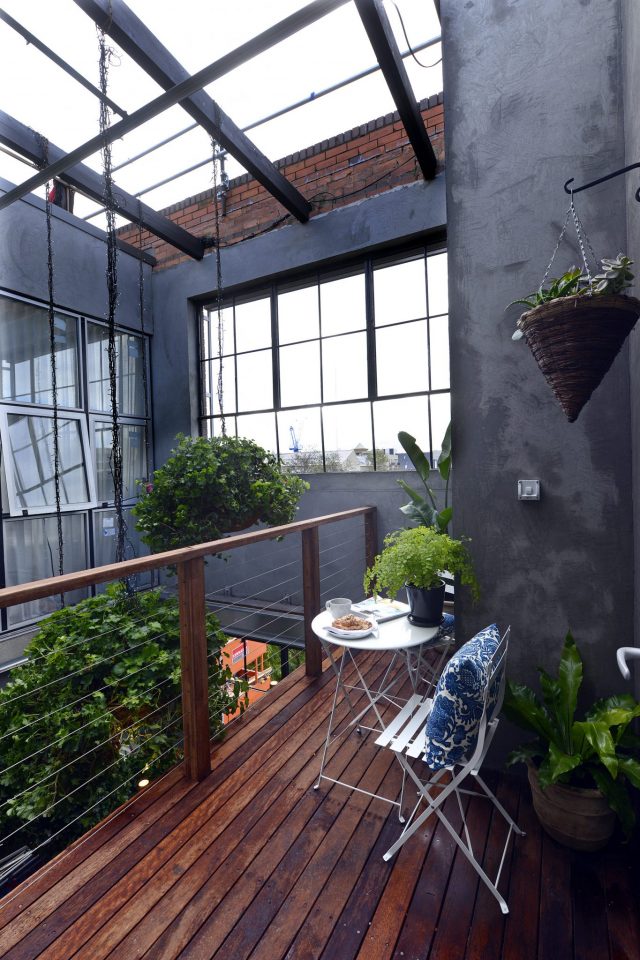 After the terrace judging, in true Block style, came the big surprise that the next two weeks would be spent doing the sixth apartment between them all, with those creating winning rooms getting to take cash off their reserve prices. Will be interesting seeing all the couples working together to achieve one cohesive home. Eek!  Can’t wait for next week!