There were some pretty stunning results in last night’s kitchen reveals with two 30 out of 30 perfect scores for both Will and Karlie and Dan and Carleen. Considering they only had a week for such an involved and large room, all the couples did amazingly well. Here are the pix, the scores and the judges’ comments. If I had to pick a favourite personally, mine would be Julia and Sasha’s. How about you?

Check back here later this afternoon for our video tours with the top scoring couples and their kitchens!

The judges could barely contain their excitement. Darren said it was gigantic, the polished concrete flooring was absolutely spectacular and the colours worked brilliantly. Shaynna said the palette was divine and worked well with the other rooms. Darren was blown away by the benchtop, beautiful tapware and the sink. Shaynna thought it was superbly planned. Darren thought you felt you stood in the space and felt totally in control of the whole apartment. Neale said it was the nerve centre of the whole apartment. 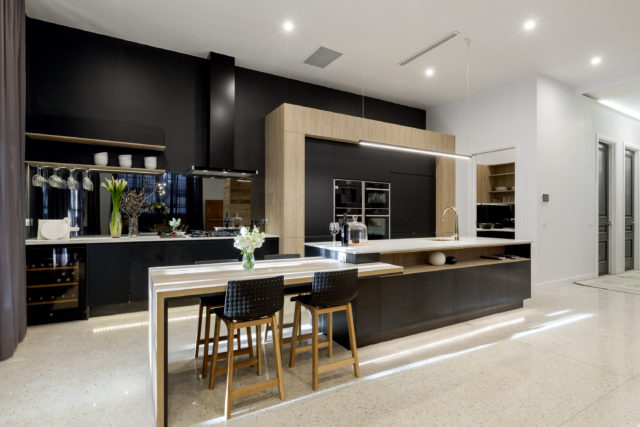 Although Neale said the bar area felt unresolved, this was about the only criticism between them. Once they got into the butler’s pantry, Shaynna got really excited. Neale went as far as saying: “this is genius” and like a separate self-contained kitchen. As it turned out, the same could be said about all the couples’ pantries. “Visually it absolutely stunning, sleek and glamorous,” said Neale, adding that black is the new white in kitchens.

Shaynna said the kitchen did justice to the building and the rest of their apartment. 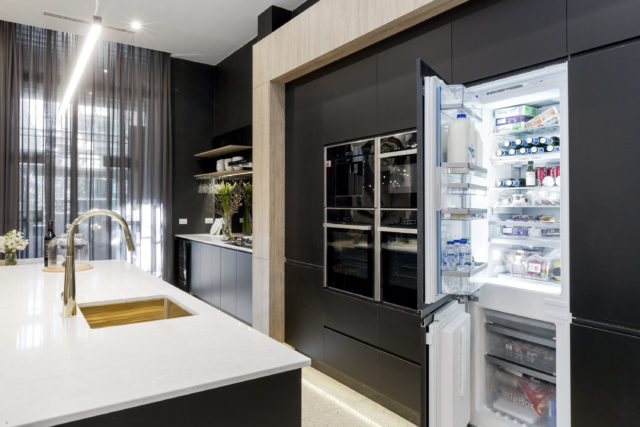 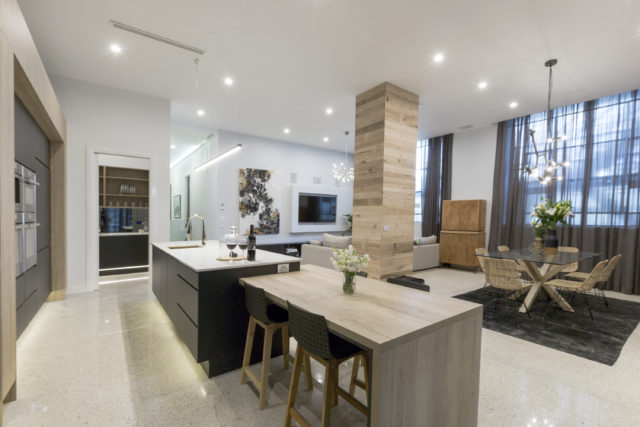 It started very well with Darren saying: “wow, I love that cabinetry.” The judges said the whole space sang! Neale said it felt incredibly spacious, beautifully understated and sophisticated. Shaynna said the benchtop was so massive it needed its own postcode! Darren called it the cherry on top. Shaynna loved the light fitting, even though it wouldn’t work in many kitchens and she also thought the styling was superb. Neale loved being able to see into the butler’s pantry too. 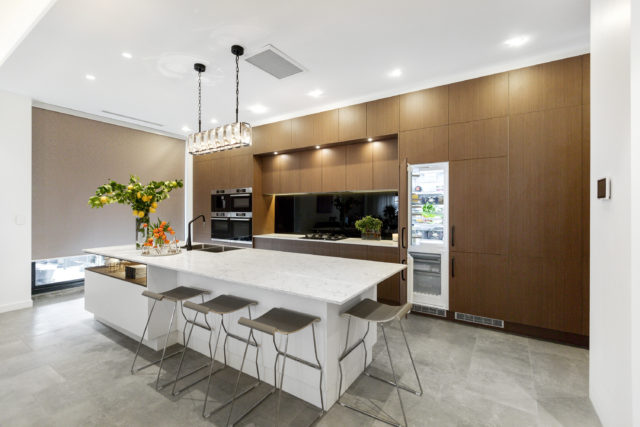 Again, there was little to criticise, apart from the lack of drawers picked up by Darren.  Neale thought it was their best room yet and Shaynna said it was a very high end European kitchen. 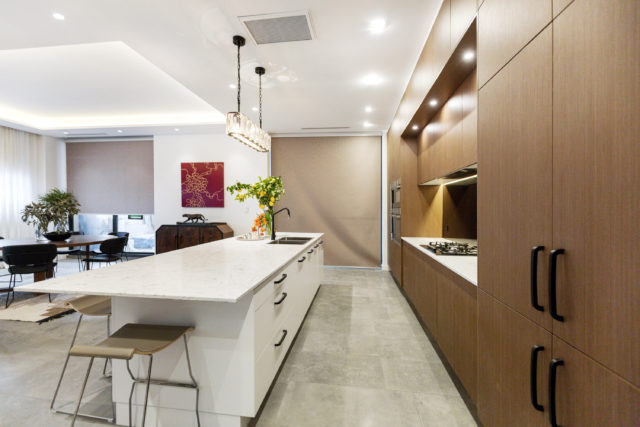 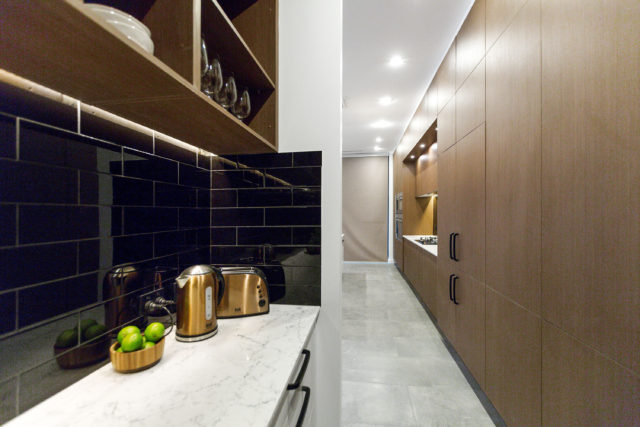 Considering the boys’ serious lack of funds (which will really affect them this week it seems) they did well to pull off second place! Although it was a shame they wasted their bonus point as it turns out it wouldn’t have been enough to get them a win and the $10,000 they desperately needed. 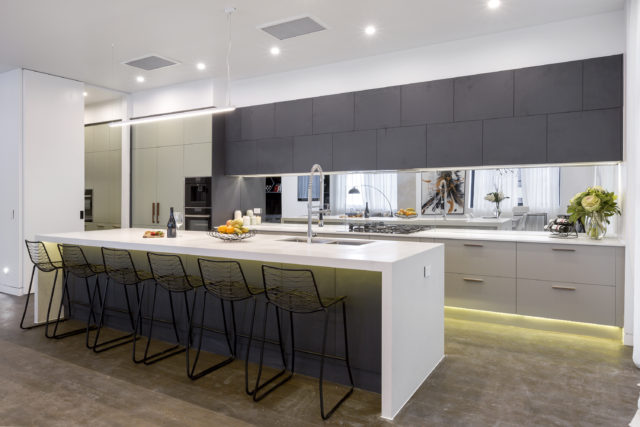 Shaynna said the styling let it down and she’d like to see them remove a lot of the items and keep it simple. But overall it was magnificent and the party kitchen of the block. She said even though they’d kept a fun aspect from day one, they’d got more and more sophisticated. 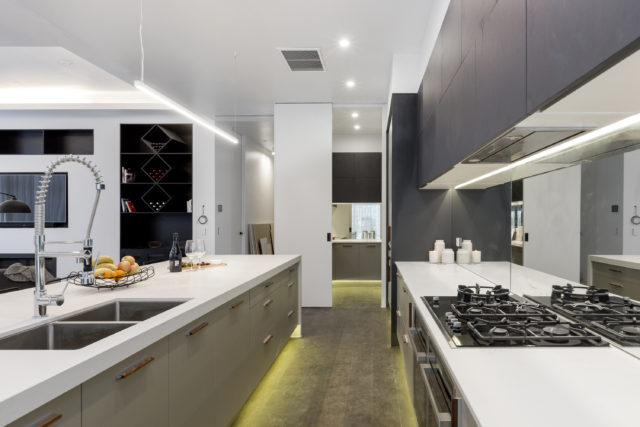 I loved this kitchen and thought it was very feminine and elegant. Darren was right when he said it was pretty and that Sasha and Julia had walked the line of a really simple palette, adding all the luxury touches you’d want.

Shaynna said the lighting was exactly right but the benchtop size felt a little mean especially with the oversized cooktop. Darren hugged the fridge and was like a kid at Christmas with all the high end appliances, especially the pop-up rangehood! The steam oven was too high though and an accident waiting to happen.

Neale said compared to the kitchens he sees in magazines, this ticked all the boxes and someone was going to walk in and be blown away. 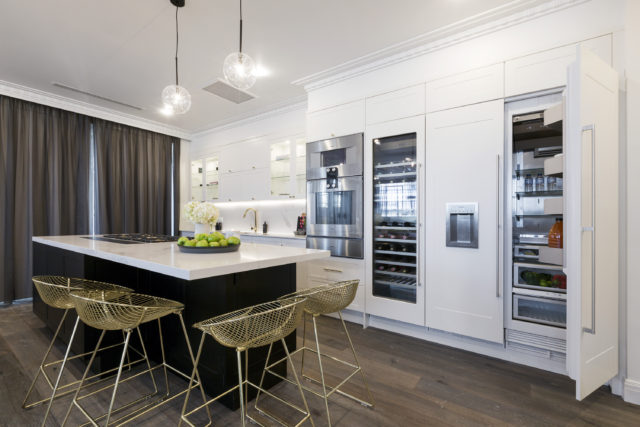 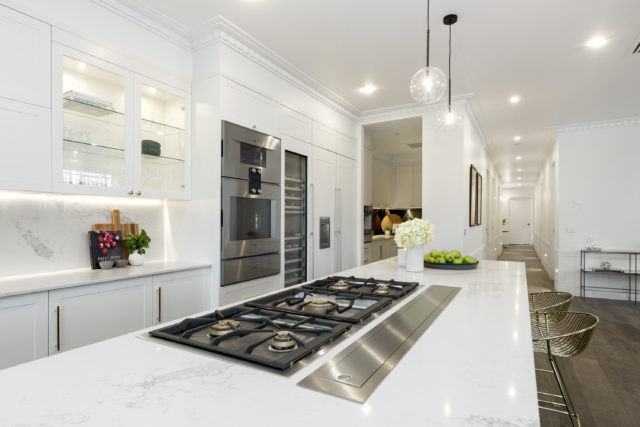 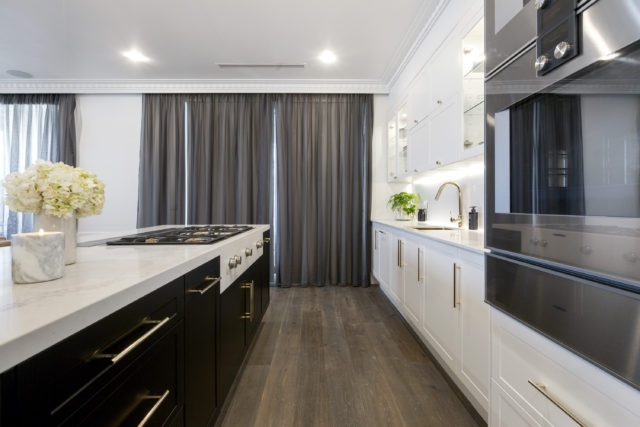 All the judges loved the timber breakfast bar but Shaynna was concerned about how well the stone and the timber went together because they were both heroes. Neale felt it was a little bit clumsy and didn’t have the same flow as the other kitchens. “Everything slightly clashes.” Shaynna said it felt very top heavy and she would have preferred smokey glass to the mirrored splash back. 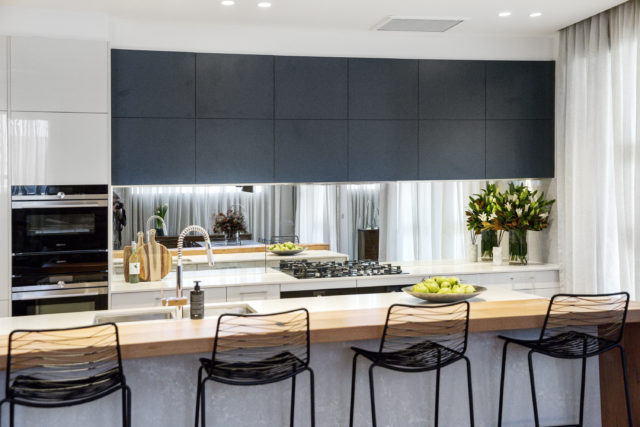 On the plus side, they thought the layout was fantastic and very functional. Darren liked the bench space on either side and the double swing doorway into the butler’s pantry. They were all amazed at the scale of the pantry and storage wise and design wise, Darren said it was really fantastic. They all thought Kim and Chris had produced an excellent kitchen but it just didn’t move them to the same level of emotion as some of the others. Shaynna said she couldn’t see two buyers fighting over the room. 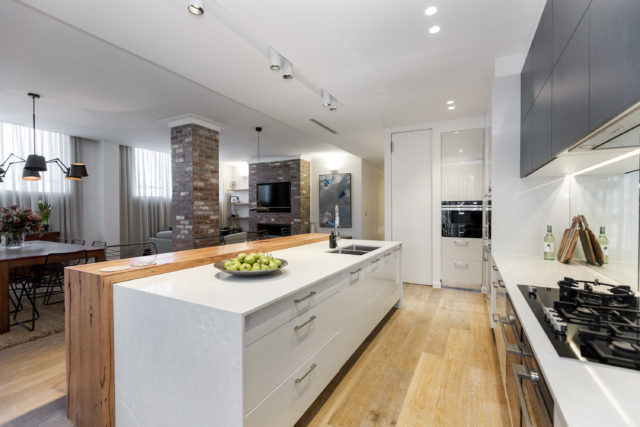 –Our part-time Reno Addict features writer, Channel Nine journalist Lauren Ellis, has been at The Block for us, getting a better look around all the kitchens. We’ll be sharing the video footage here all week so make sure to check back in The Block section of the site!

Who else loves the word NAPERY?! We're so in love

Oh boy! Would you look at this Vietnamese sticky

One of our TV faves @andrewtwinter shares his new