I really enjoyed last night’s room reveals. I’d almost go as far as to say it was worth the wait until after the cricket (wow, that upset a few people, didn’t it?!). It just made for refreshing viewing to see all the contestants working on the same apartment for a change, with varying degrees of success. And I also agreed with the order the judges scored the rooms in, with Shay and Dean’s en suite an out and out winner for me too. That brass hardware and the feature herringbone tile alcove! Loved it! So much wow in a tiny space!

Shay and Dean, Caro and Kingi and Luke Ebony were the winners, getting 15, 10 and 5k respectively to either spend on their apartments or take off their reserves (to be revealed next week). Poor Suzi and Vonni and Andy and Whitney got nothing.

So, onto the judging… 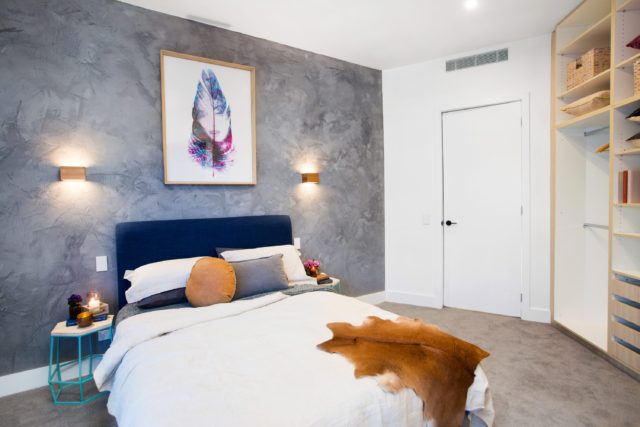 These two had the massive bonus of winning a professional painter for this week in the karaoke challenge. It gave them more time to concentrate on their render feature wall and styling! Shaynna said it felt peaceful and serene. Darren liked the stepladder in the wardrobe and said there wasn’t much to pick on, save for a few exposed screws. He even described the styling of the bed as stunning. Shaynna would have preferred storage in the bedside table but let it go on account of it being a guest room. All the judges, not knowing about the challenge win, commented on the excellent paintwork! 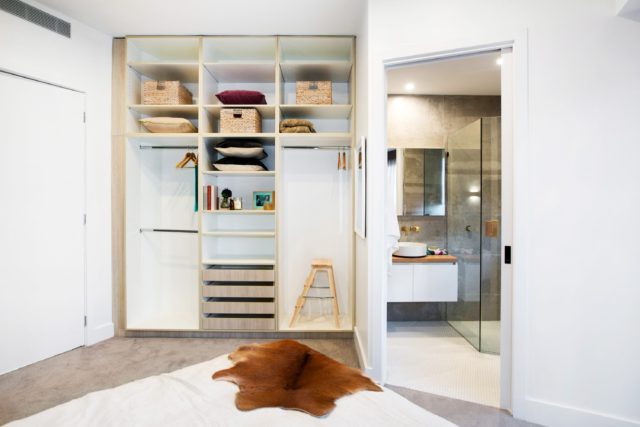 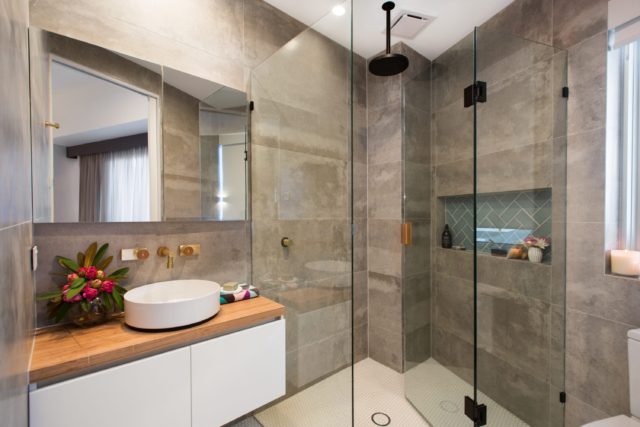 Gosh I loved this room, the en suite of Kingi and Caro’s bedroom. The shower with its herringbone recess, the timber vanity, brass tapware and pennyround tiles on the floor. Sigh…

Shaynna said it was beautiful, Darren loved the hardware and said the room was ‘so cool’. Neale guessed it was Shay and Dean’s work due to its luxury touches. Darren thought the tiles were expertly put together. Save for the lack of a proper towel rail, rather a double hook on the wall, the judges praised the underfloor heating, storage and lighting plan. Neale said he’d be a very happy guest staying there. 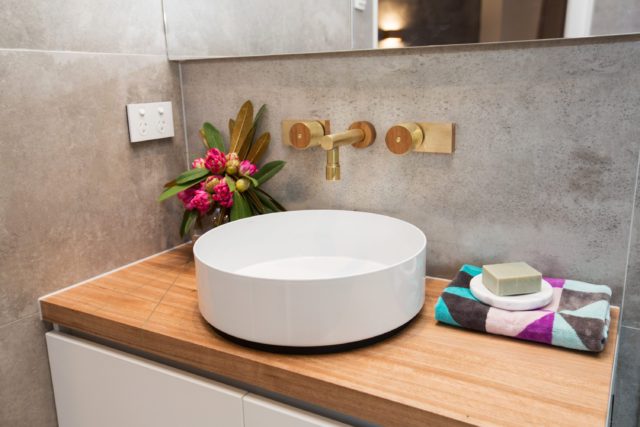 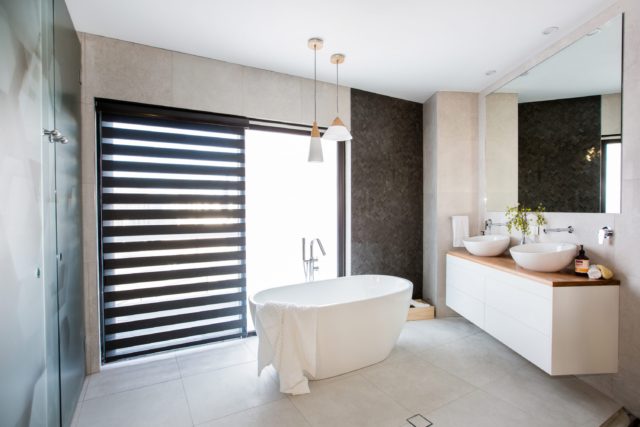 [contextly_sidebar id=”zi5w6hYOFyhFiIF0tElKyi9lsZT8A2vU”]Gosh, it was one disaster and setback after another for these two, so the main bathroom ended up pretty good considering! At one point it didn’t look like it would even be half finished! First the lighting was hung wrong, then the blinds didn’t fit, then they ran out of tiles. Need I go on?!

The judges were reasonably impressed though and Darren quickly realised it was the girls’ work. Neale loved the herringbone tiles, while Darren noted there was lots of storage and the general layout was very good. Shaynna thought the pendants weren’t special enough and Darren thought you could bash your head on them getting out of the bath! Shaynna was really impressed though by the shower space and its built in seat. But the fact the doors didn’t shut and other finishes, like cracked tiles, let it down. Neale was kind and said it had a good feel and broad appeal but Darren said all the little things chipped away at the feeling of glamour. 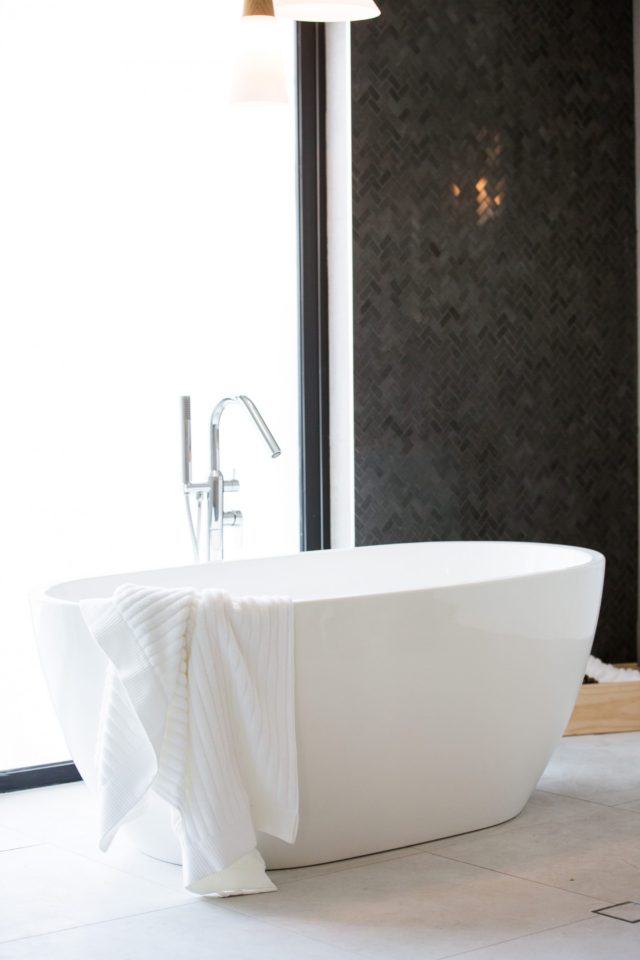 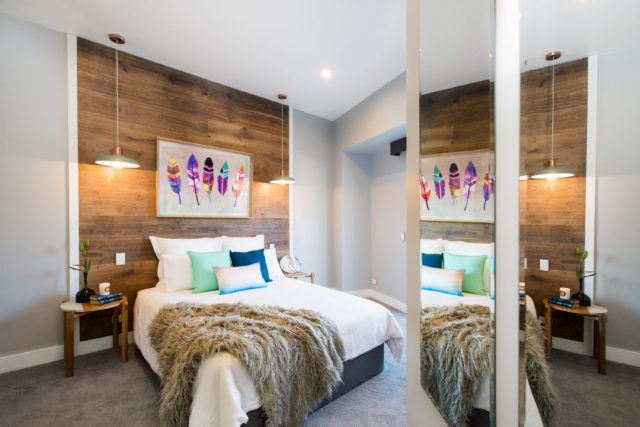 The siblings’ bedroom scoring certainly won the prize for most awkward! First Neale guessed the room was Whitney and Andy’s (and Whitney and Andy at their best, at that). Then Darren said they’d obviously copied Caro and Kingi’s wardrobe styling but done so with far less sophistication!

Neale liked the pendant lights but thought they were hung too high. Otherwise though, the execution was good. They would have been happy with their third place after the mixed reviews! 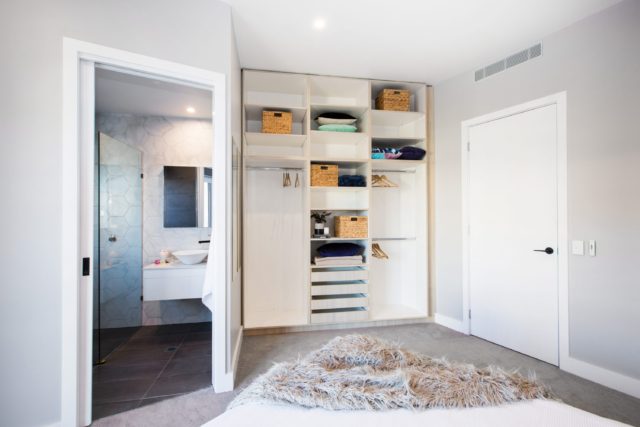 Our pick to buy: Copper and mint pendants 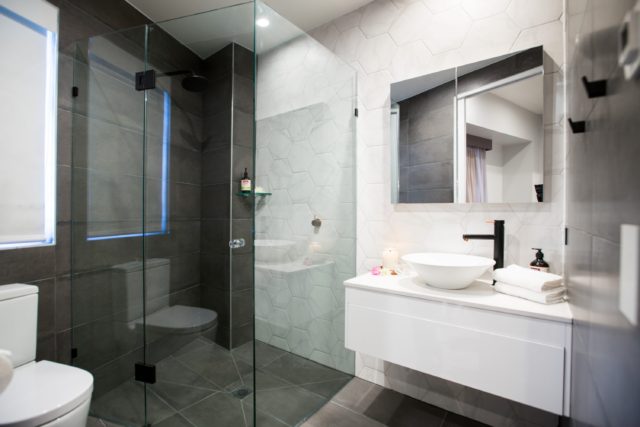 These two squared off an internal wall in their en suite but the judges didn’t really seem to notice! Shaynna thought the colour palette worked really well and loved the black and rose gold taps. It ticked a lot of boxes with good lighting, storage and under floor heating.

But it all went wrong when they noticed the walls and the floor didn’t meet the glass properly. Neale said it didn’t feel as high end or expensive as Shay and Dean’s en suite and had a lack of sophistication with styling that felt a bit last minute.

On the up side, Neale said the hex tile with its nod to the shape of the building, was a thoughtful choice. And Darren thought the wall and floor tiles were a great format and texture. 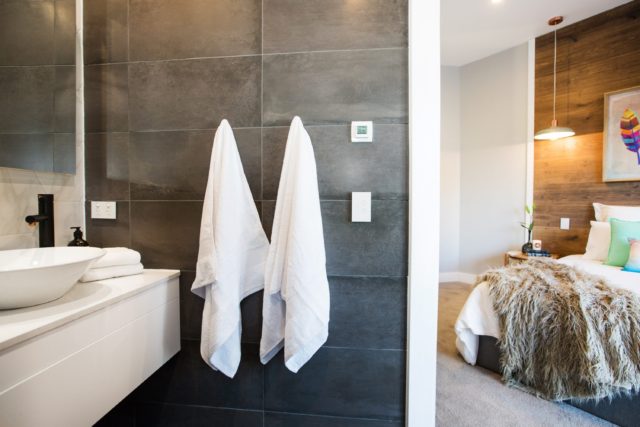 What did you think of last night’s rooms?