I’m just going to gloss over this week’s drama (and there was a lot!) because, well, I don’t really care! Let’s stick to the rooms and the judging! 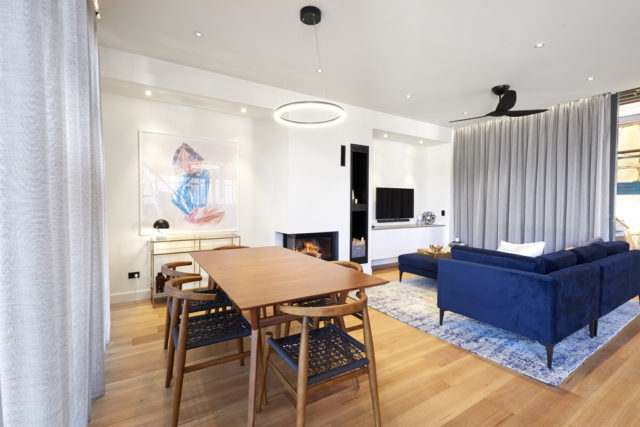 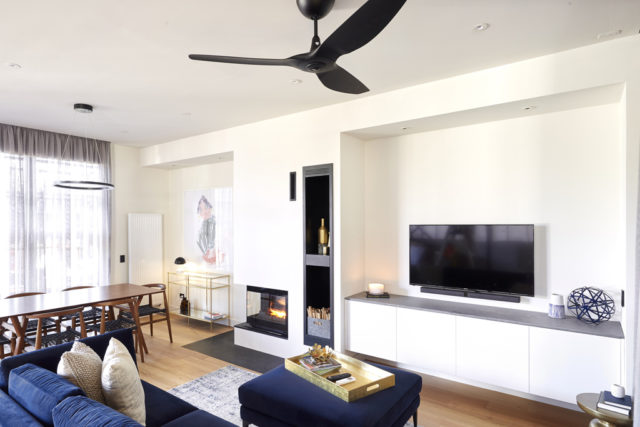 The fire! I agree with Shaynna, the fact it was it centred made it even better. It’s safe to say all the judges loved it. Neale thought the room was stunning, especially the navy blue and gold colour palette (me too!). “Everything has been chosen with such care and style,” he said. “They have pared back beautifully.” Darren noted the great sofa choice, but Shaynna didn’t think there were enough seats for a five-bedroom house. The judges also loved the extendable dining table but the light being positioned wrong (off centre, which was a mistake) let it down. Easily fixed later though! They loved the artwork by the couple’s daughter Greta and loved the fact it said family. 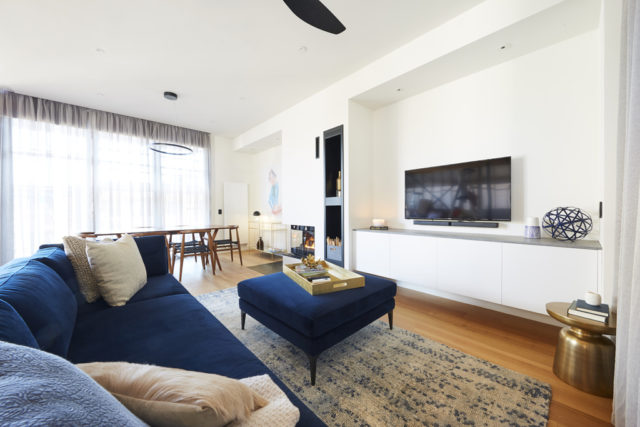 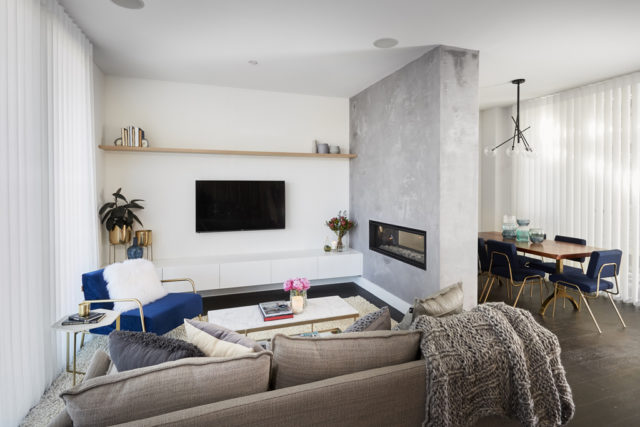 This couple changed the floorplan again with their nib wall dividing the living and dining. I loved the idea but I don’t think it executed well in reality, making both rooms seem a little pokey. The concrete render looked great though. Neale said it made him feel cut off from the living room. Darren said it made it feel smaller Shaynna said the dining table was too small as it only seated six. The styling though, was beautiful, they said. Neale said the level of sophistication was correct for the market. Overall though, the wall was a bad choice. Neale said the main living room was now not big enough for the house. Jason and Sarah took the feedback on board but said they’d be keeping it! 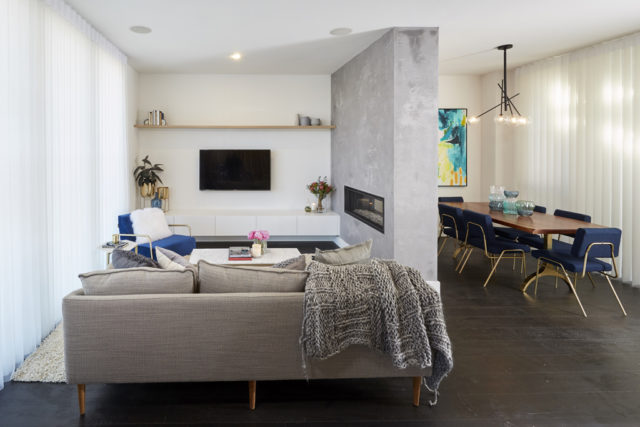 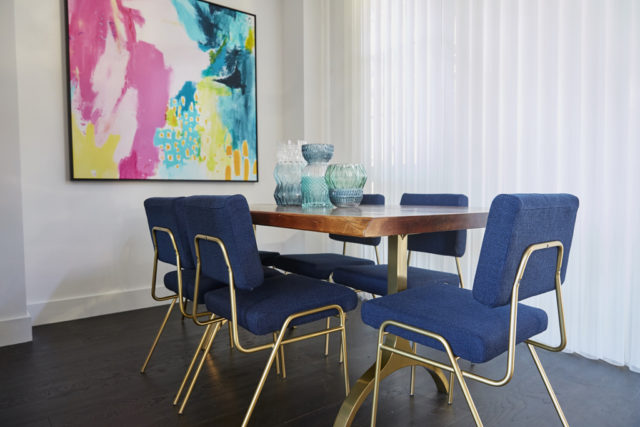 Ronnie and Georgia: joint first with 29.5 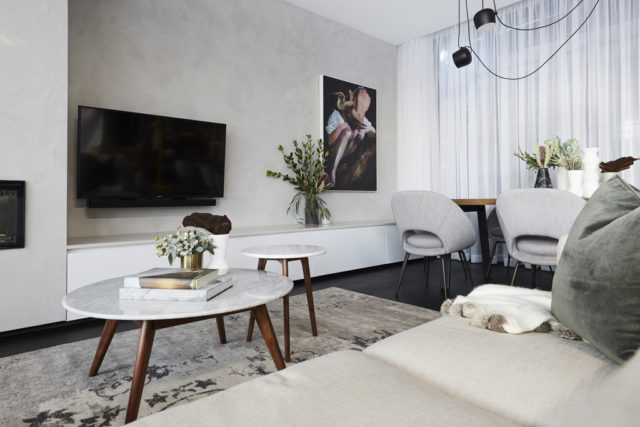 The judges were all impressed from the start. Darren loved the timber table and spacious dining area, Shaynna loved the big couch and Neale was wowed by the neutral palette. He said the level of sophistication was incredible and the level of skill was one he had rarely seen on The Block. Shaynna said the artwork was one of the nicest she’d seen on the show. I liked this room too, although I personally prefer a bit more colour, but the lights over the dining table drove me nuts and I just thought they looked messy! Just me?! 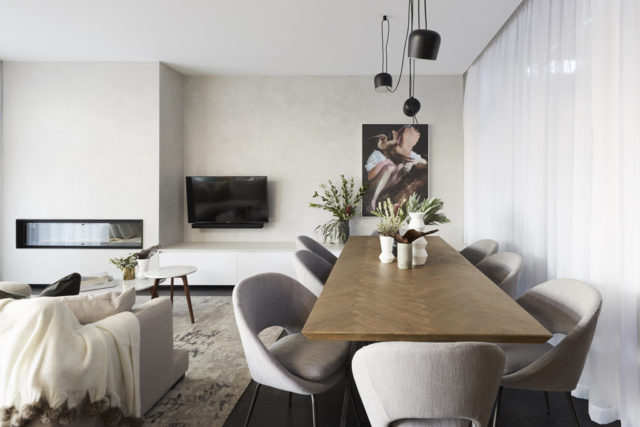 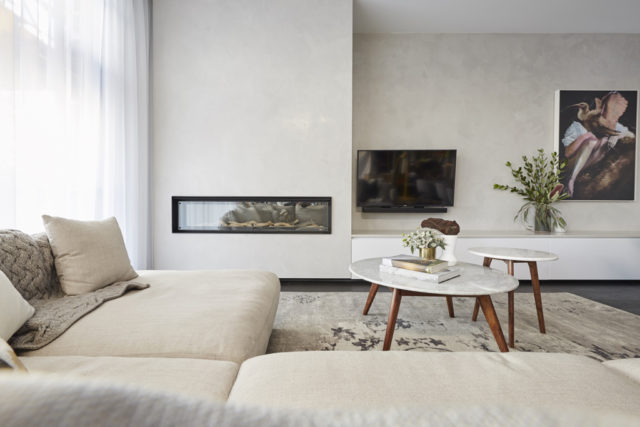 Sticks and Wombat: last with 20 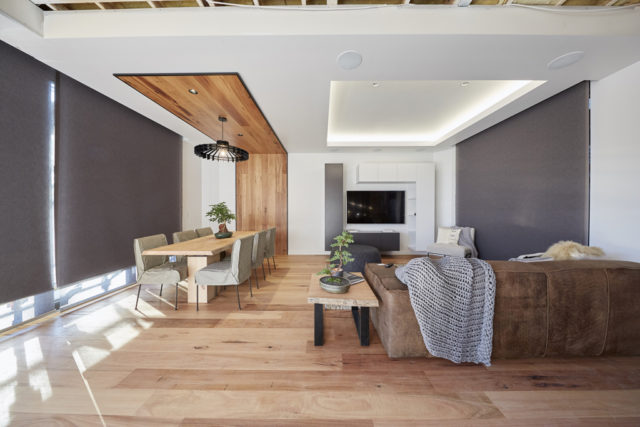 “Somebody loves timber! A lot,” said Darren. the judges were clearly overwhelmed by the use of timber. Neale said it was a bit like a Japanese/Scandi/industrial mishmash. Darren said ‘Japandi’ was a spot on trend, but the black cabinetry around the TV didn’t fit at all. Neale said the room was disappointing because nothing worked together. Darren thought the adjustable dining table made no sense (agreed) and Shaynna pointed out the couch was too small for a five-bedroom house and as it was their only lounge room, it was even more important for them to get it right.  The home automation went down well but Neale said the room lacked warmth and soul. Shaynna said they needed to stop and rethink who they are and think more about appealing to the buyer and the market. The poor lads were visibly upset. Personally, I loved the timber in this room. I agreed on the dining table and I didn’t love the lighting or the cabinetry around the TV. But I thought the judges were a little harsh overall. 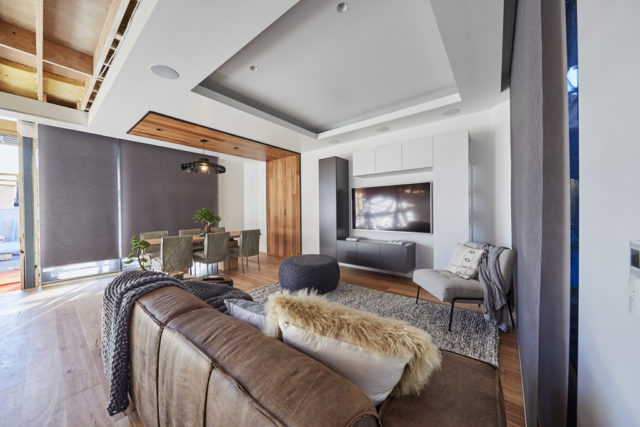 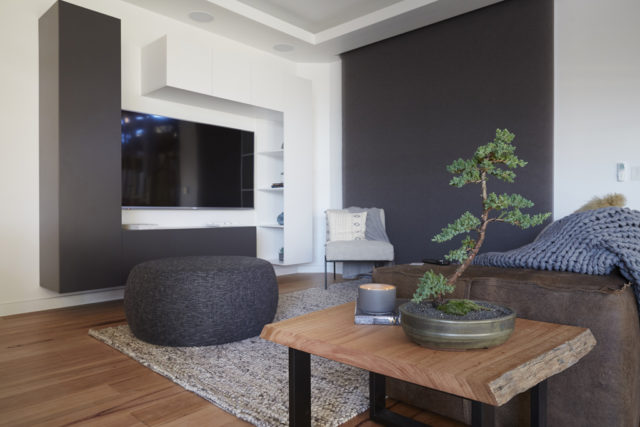 Josh and Elyse: joint first (after using their bonus point) with 29.5 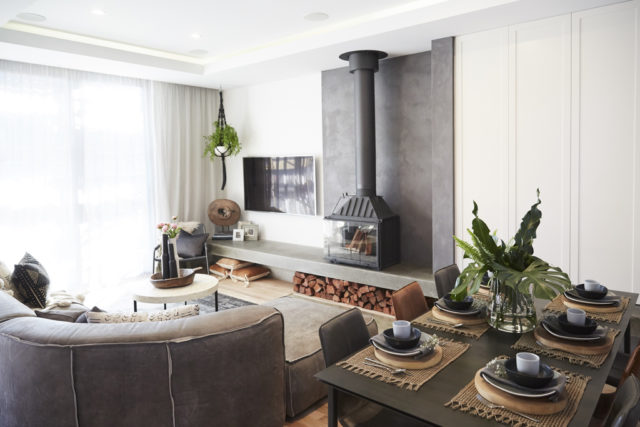 The judges quickly worked out the fire hadn’t been finished but loved the look of it anyway. The amazing long concrete shelf wowed them (I loved it too) and Neale said it was the hero. Darren said the room was like the greatest hits of all the other houses and had a raw, kinfolk aesthetic. Shaynna said the dining table styling was drop dead stunning. I’m not a big fan of a fully set table myself; it’s generally a big no-no. Too much! Neale said the room was contemporary and had soul. I felt this room was one of the most cohesive overall. 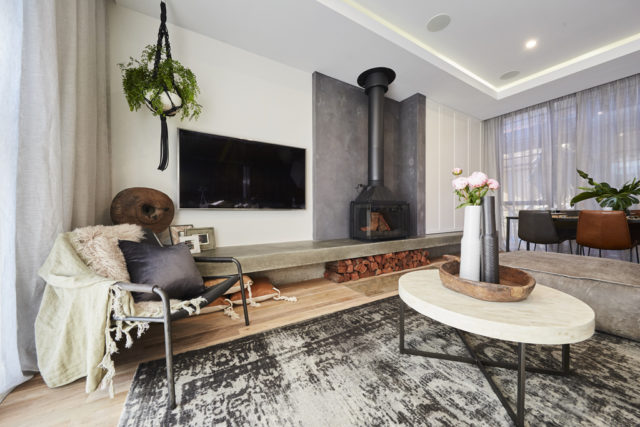 So go on, tell me, what did YOU think of the rooms AND the drama?!

More on The Block.