I gotta say, I wasn’t mad about any of the rooms this week. None were bad at all, I was just underwhelmed in general. And there were a lot of items in them that I out and out hated!

Thank goodness Mitch and Mark at least shook things up by being brave with the floorplan change. I suspect the other contestants will get a bit snippy about all that once they’ve had a chance to digest what it might mean for their own homes. An entertaining living room sandwiched between two master bedrooms doesn’t seem a recipe for a good night’s sleep!

Once again, I think the photos of these spaces seriously let them down and I’d suggest you watch the reveals on catchup if you missed them to get a better idea!

For now, here’s a recap of the scores and the judging… 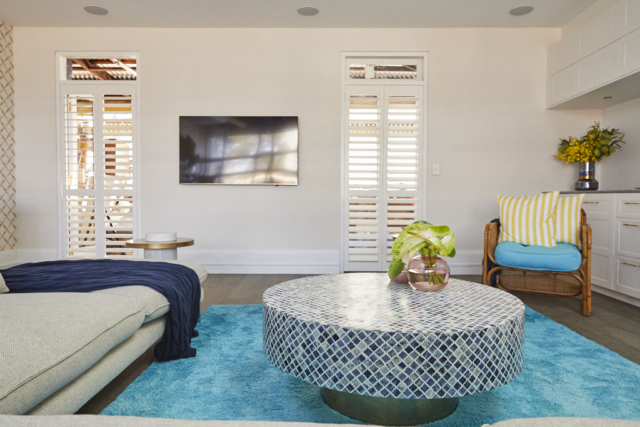 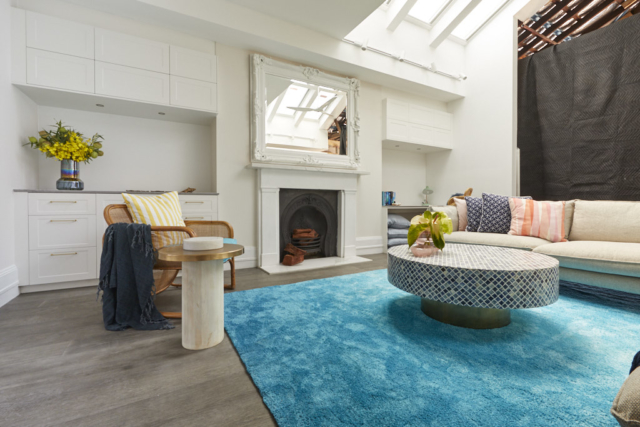 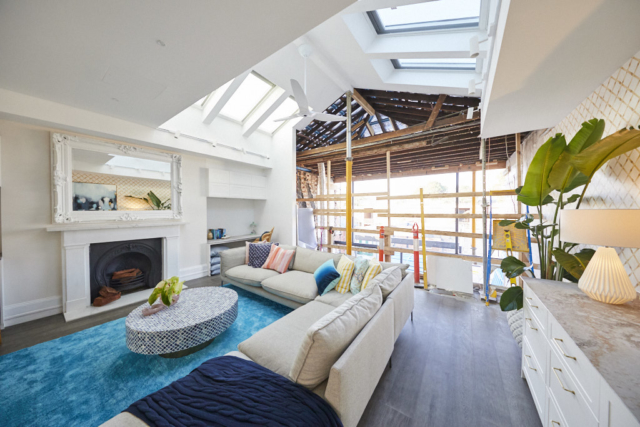 The talk of the night was the guys deleting the master bedroom from the third floor altogether, effectively making their four-bedroom home a three-bedder. Controversial! Instead, they created an entertaining living space with a cathedral ceiling with skylights. And boy, did that ceiling look good!

The judges were stunned. Shaynna said she was confused but she loved it. Darren was speechless. “Holy cow,” he said. Shaynna thought it was probably the most exciting twist she’d ever seen on judging The Block. While Neale said Mitch and Mark were designing the house for themselves and he was confused at how to judge it.

Shaynna said it was all elegance and class. Neale added: “It’s Palm Springs, it’s the epitome of glamour. I think we’re meant to be sitting around the pool here (personally I’m not sure there’s any other excuse for that rug!). It’s a make believe pool house.”

They then started to discuss the reality of the floorplan change and the fact this entertaining room with veranda would be next to and on the same floor as the other homes’ master bedrooms. “There are deep ramifications,” noted Neale.

Was it a strategic masterstroke to devalue the others’ homes (I think not)? 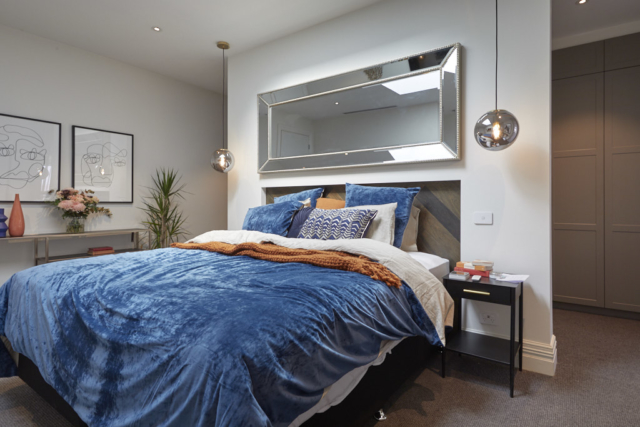 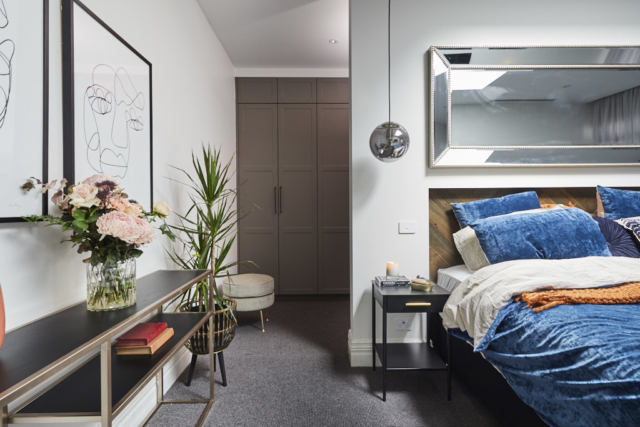 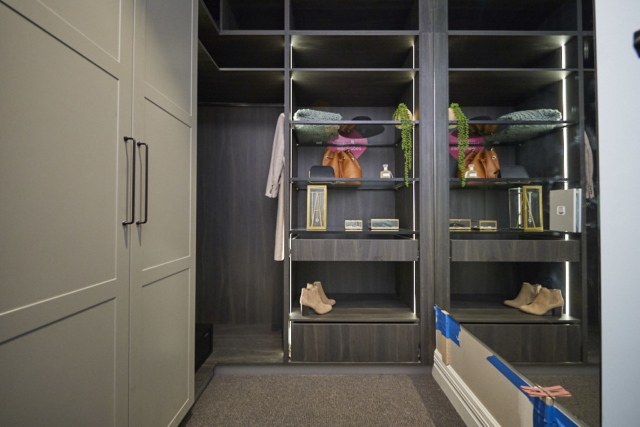 First impressions were largely good for this one. Darren lay on the bed to look out of the skylight and he loved its position. He said the colours were spot on. “It’s edgy and cool and art driven, there’s interest, pattern and texture. I’m proud of their evolution from last week to this week.”

Shaynna adored the artwork which had set the colour palette for the whole room, while Darren said he didn’t see anything he didn’t like.

Neale said the mirror was wrong and in general, it was just too cluttered. He loved the shaker profile of the wardrobe doors and said it was his favourite walk-in so far. Darren said he thought they’d made the perfect (his and hers) walk-in robe. 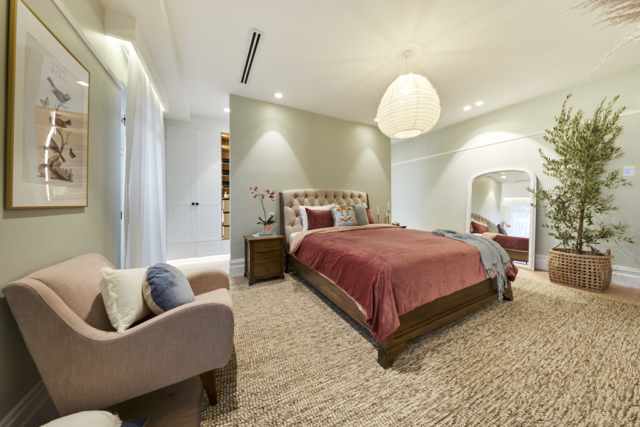 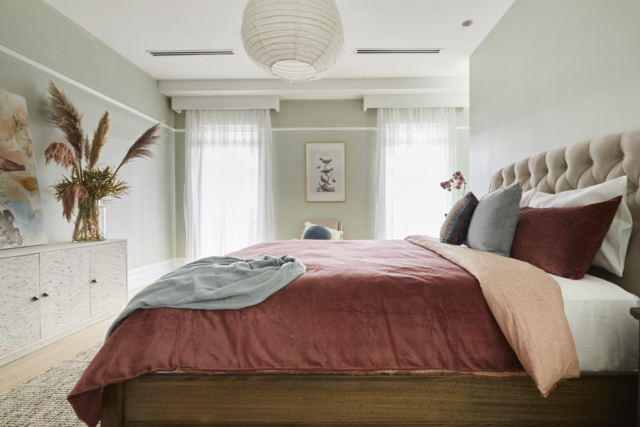 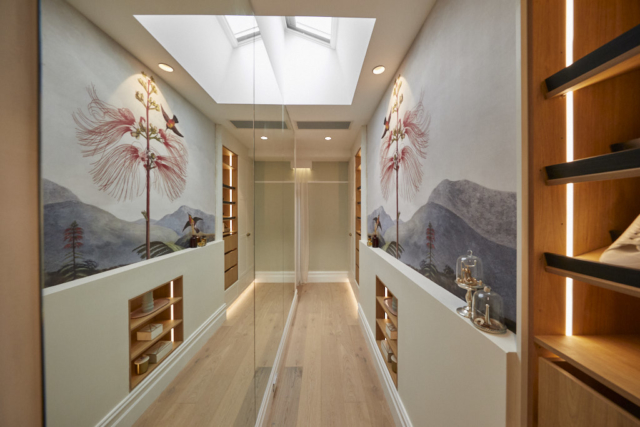 Neale said: “What a lovely calm room. They took on board that message that they needed to be grown up and they have run with it.” Darren was so happy to see more interest and more texture. “It feels fresh, contemporary and very liveable.”

Shaynna said the paint colour was divine, but she wasn’t a big fan of the bed and bedsides, saying they were a bit Nanna!

While they loved the aesthetics of the walk-in, practically speaking, the amount of storage was a bit of a letdown. 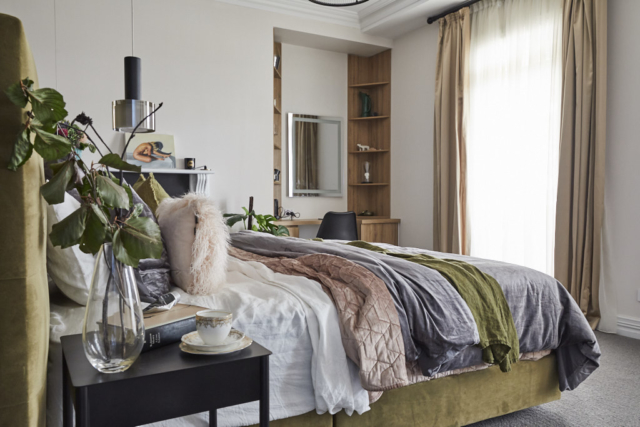 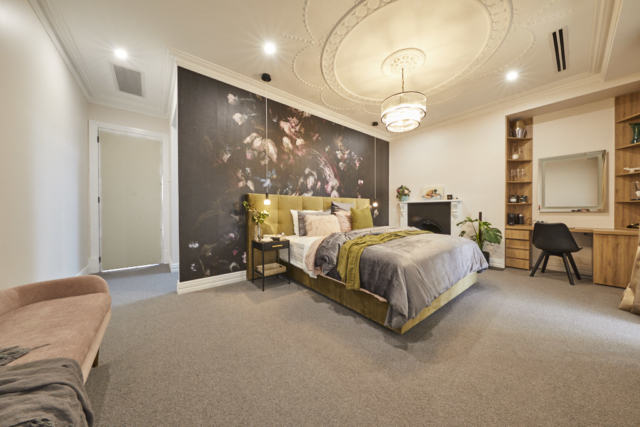 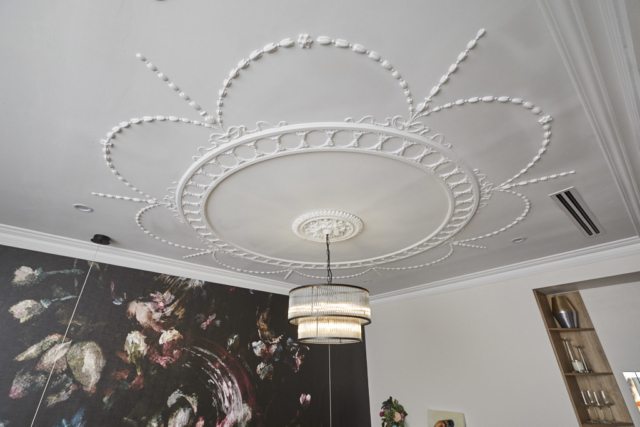 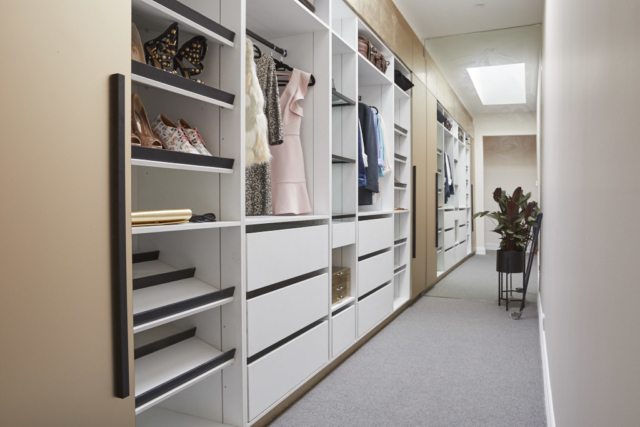 They all loved the gorgeous period ceiling, “I’m in love with that,” said Darren. “I feel like Tom Cruise jumping on the couch right now. The wallpaper is painterly. To sit this beautiful tone of green against all the blues and purples is a really really elegant colour palette. It’s gorgeous.”

Neale said it felt very wlemcing and real. “I think El’ise and Matt really understand the meaning of home and the emotion of what that means.”

Shaynna thought the paintwork was very well done and thought the art was breathtaking. Neale said if there was a negative it was that it was quite small.

Into the robe, Darren said he loved champagne metallic joinery but “it’s a bitch to clean!” Shaynna said it is was definitely glamorous and beautiful. “It has got my heart.”

Although they had sacrificed some bedroom to make the robe bigger, they hadn’t added extra storage, which Neale said was disappointing. 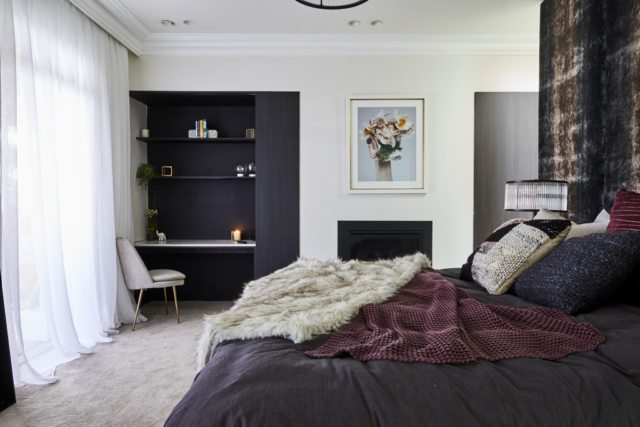 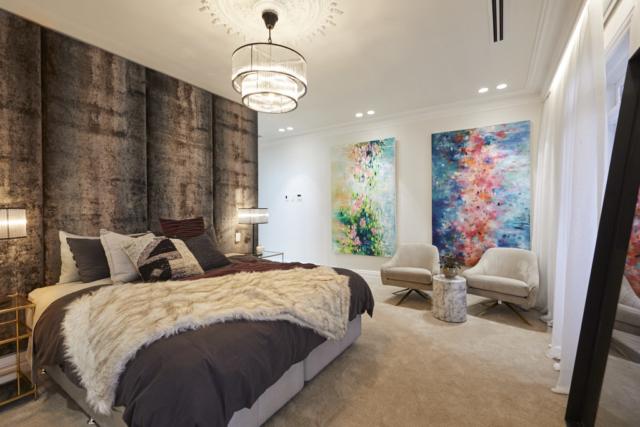 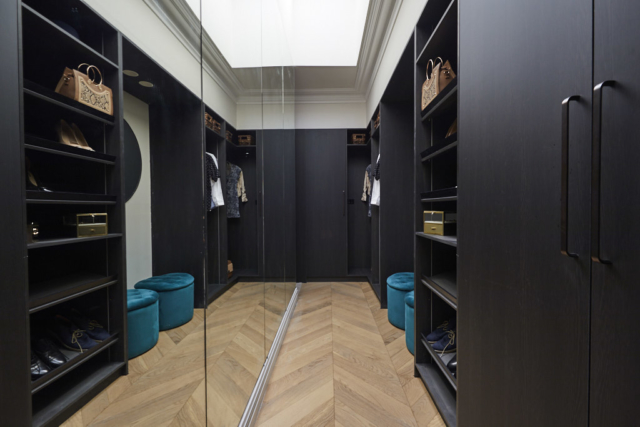 Shaynna said it was a great decision to have the bed face the veranda and Darren said there was a lot to love; the cornicing, lighting layout and the pelmet.

But it went downhill from there.

Darren said it was perhaps cowardly to repeat the upholstered wall behind the bed idea from last week’s bedroom and it felt like deja vu.

Shaynna didn’t like the desk or the big mirror opposite the bed, although she did love the “sexy” TV hidden within it.

Neale thought it felt ordinary. “I’m sorry, I’m completely underhwlemed. They really impressed me that first week but I’m not feeling that this week. Jesse and Mel are becoming the team who are constantly disappointing.” Ouch!

And Jesse’s rough, unfinished floor was of course criticised in the walk-in.

The more I look at these rooms, the more I personally dislike a lot about them but I’m not sure I’m ready to be that person that criticises when I wouldn’t have a hope in hell of pulling off what the couples do in such short timeframes. What do you think? Do you want to hear my opinion even if it’s not positive? I’m not a big fan of being a big meanie so I often think if it’s not something nice, don’t say anything at all!

Love to hear which room YOU loved?