Tackling a bathroom on your first ever home reno job may seem an intimidating prospect but not for first time renovators Alyce and husband Nick who were super keen to jump straight in, with a bit of expert help. “This was our very first interior renovation,” says Alyce. “The only other work we had done was building the deck outside. We had never done a bathroom which is why we hired a bathroom builder to help us through the project.” 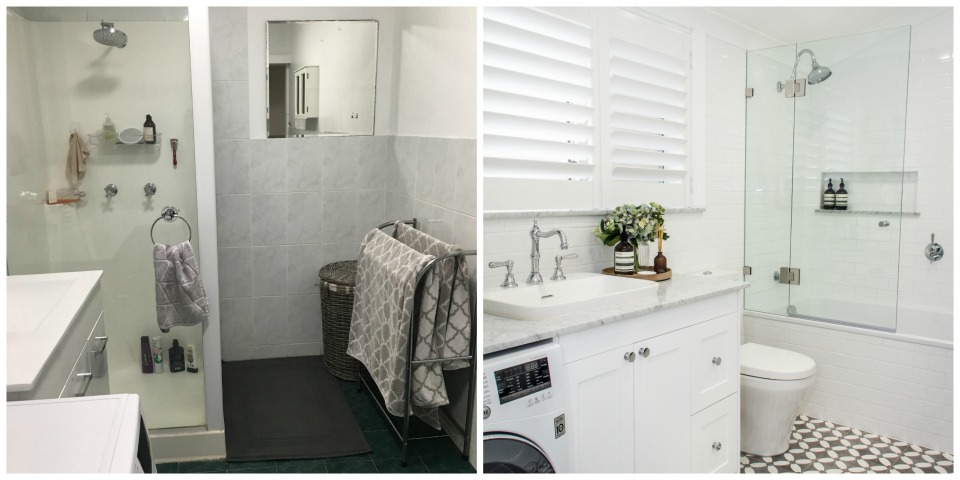 With a background in design, a super handy husband and a can-do attitude, Alyce and Nick were able to get stuck into plenty of aspects of the project. “We ripped out the old bathroom and pulled up all of the tiles,” Says Alyce. “We then re-sheeted half of the room, built a cavity door and did all the window and door trims.” The couple also ended up doing all of the painting and even laid the under floor heating. Being able to do all this themselves helped the couple save some money and ultimately come in on budget. 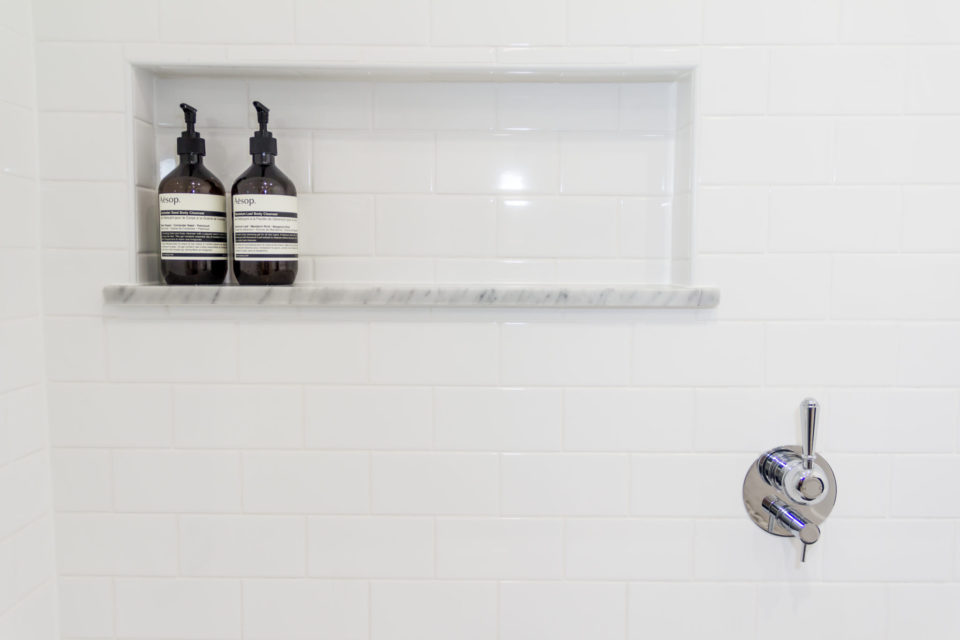 Alyce and Nick had planned on spending between $15,000 and $20,000 on the reno and ended up coming in slightly above their upper estimate at $23,000, largely thanks to a few unexpected suprises. “We had hoped to spend $15-$20k through the process a few extra things came up,” says Alyce. “We were hoping to lay the tiles on the existing screed, but the floor was in such a bad condition we had to put a whole new screed down. We also decided to move the toilet position to make the room flow a lot better, but of course, that added to the cost.”

Alyce managed the budget for the project by working out where best to spend the funds and where she could save. The original encaustic tiles that caught her eye ended up coming in way above budget at $165 per square metre plus shipping from Byron Bay. They also required a specially qualified tiler, and a complicated installation process. Alyce instead found a porcelain tile she loved that cost just $30 per square metre and was more hard wearing and easier to work with than her original choice. Alyce also chose an Aussie tapware brand, Broware instead of the more expensive Nicolazi fixtures. Focusing on products that would last the distance meant the selection of a metal bath and Carrara marble vanity top as the feature product of the room. 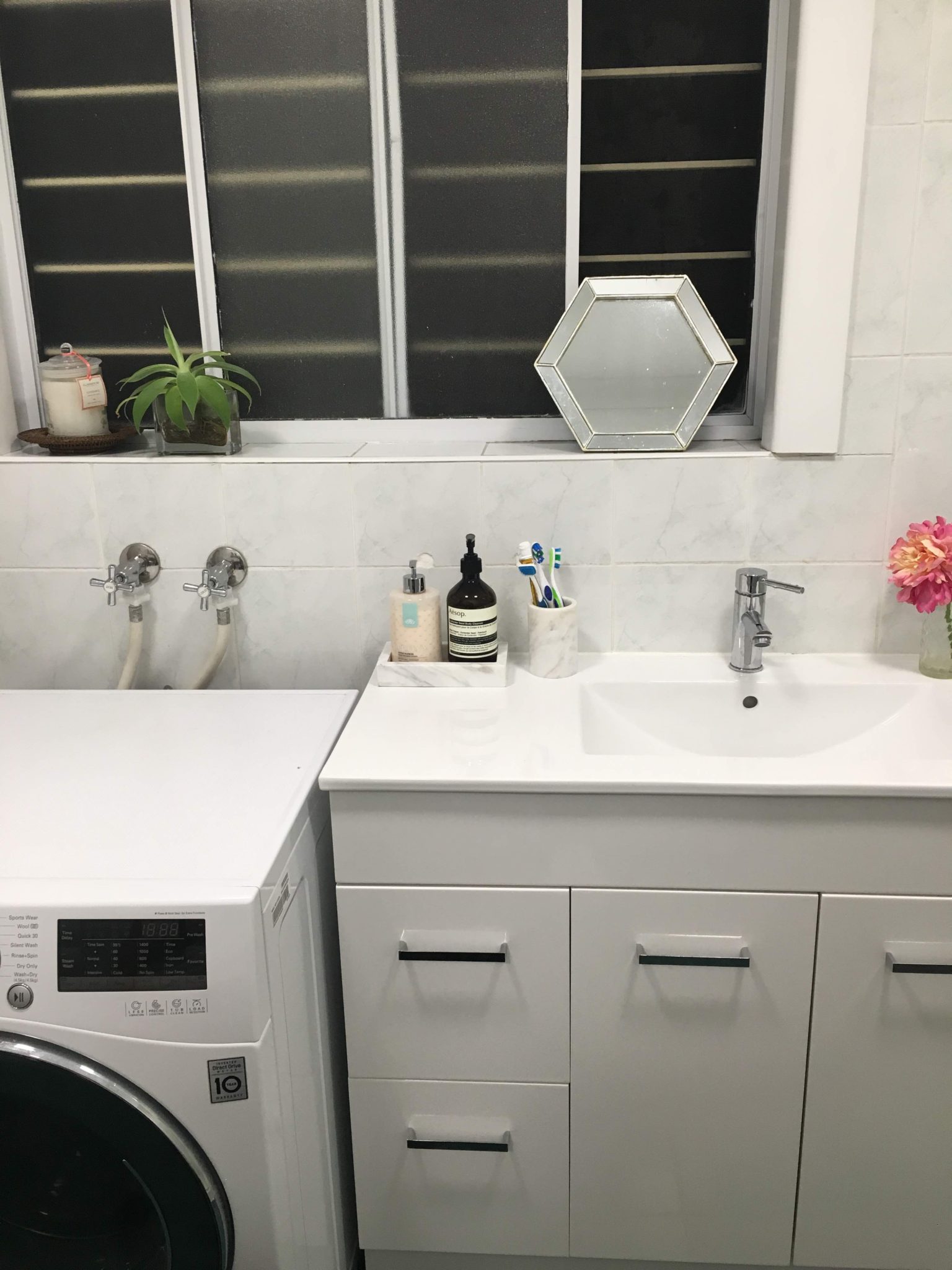 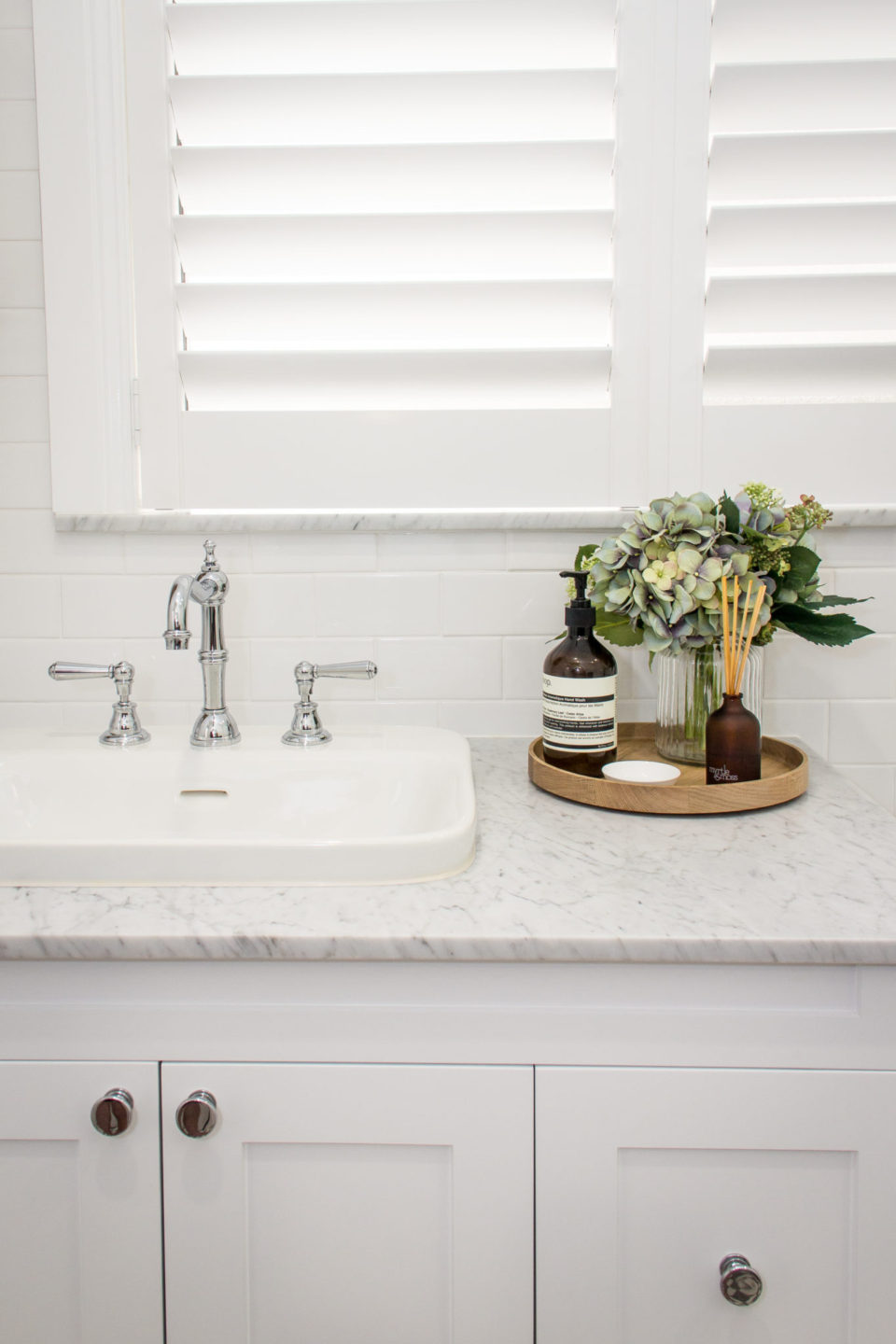 It was a steep learning curve for the couple but they are ecstatic with the results. The biggest suprise? Just how tricky measurements can be and how you might not be able to grasp and envision the finished product until the very end. “Deciding on the combination of colours and finishes and not really knowing how it will all come together [was tough],” says Alyce. “I was worried I had added too much, then maybe not enough. It’s hard to know if you are doing it right and could you have done something differently. I guess the more practice you have, the better you get.”

The couples best advice for those embarking upon a bathroom reno of their own? “Trust your gut and back the decisions you make,” says Alyce. “It’s really easy to doubt your style when you look at magazines and online. Pick things that you love as every one’s style is so different.” Alyce also assures us that bathrooms aren’t as hard to renovate as they look with the right tradies, planning and enthusiasm! 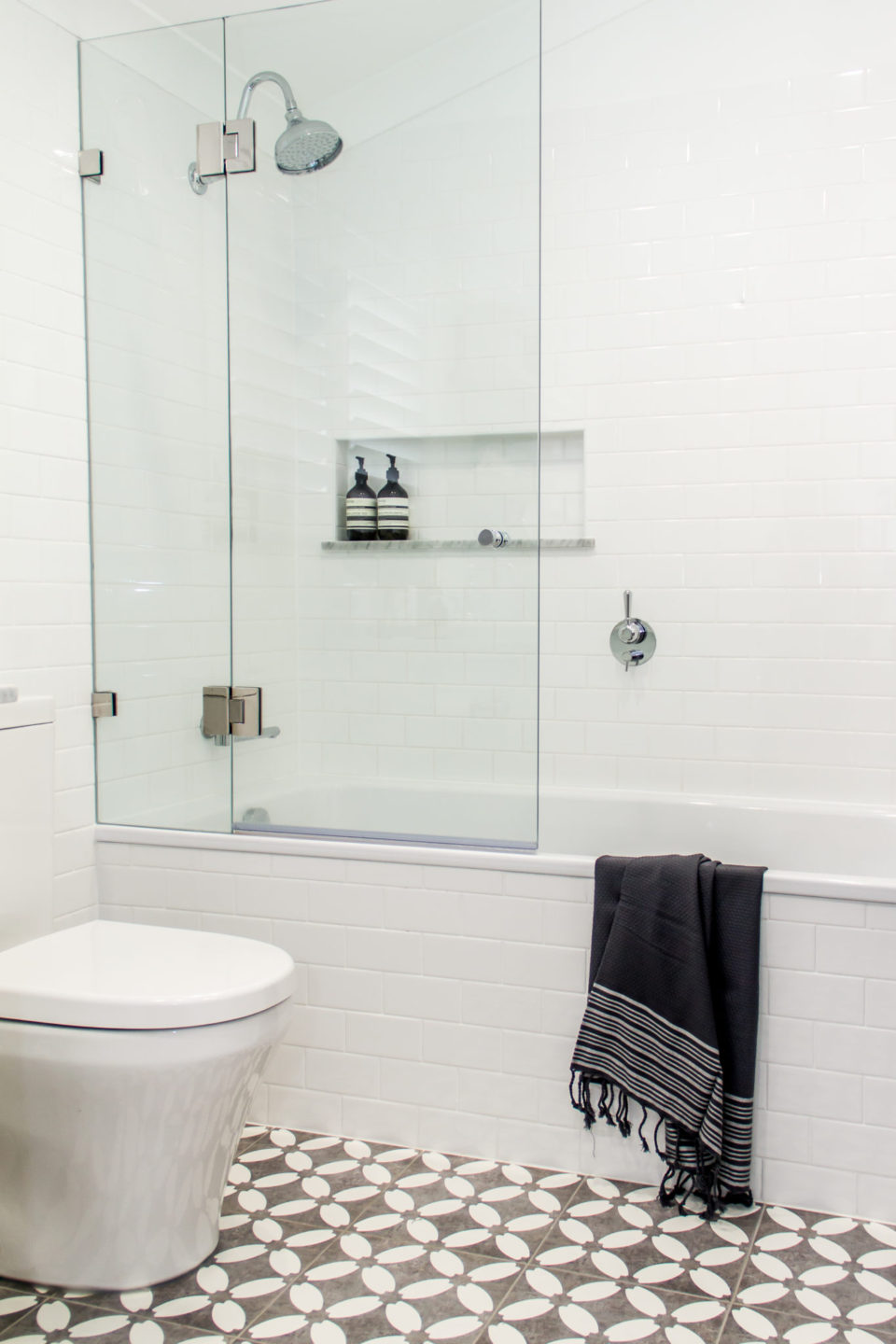 For more real renos, check out our archives