As Scott Cam said: “That was always going to be hell week!” And by the looks of the contestants’ broken faces, he was right on the money. With all couples having to finish every last inch of their townhouse’s interior, which included three levels of staircases and two remaining rooms, only one couple finished, Ayden and Jess. With a score of 28/30 they won for the second week in a row. But unfortunately, the good news stopped there; with the remaining contestants getting rather abysmal scores, especially Tim and Anastasia, who got the worst score in Block history. Eeek!

So, onto the judges’ comments… 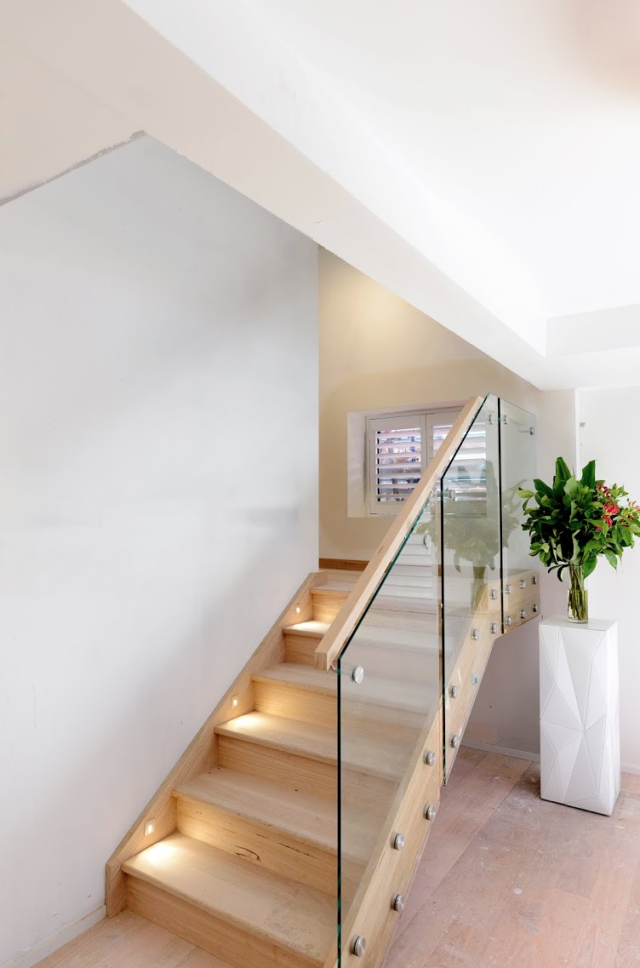 “I feel like they’ve just moved onto The Block,” said Shaynna when she walked into the space. The others agreed, with Neale saying it felt like “week one,” what with how many unpainted walls were in sight. Having built their staircase and surrounding walls from scratch, all the judges were surprised that they had gone for a completely enclosed design, with Shaynna believing they could have had open treads and a light well to flood the space with light. 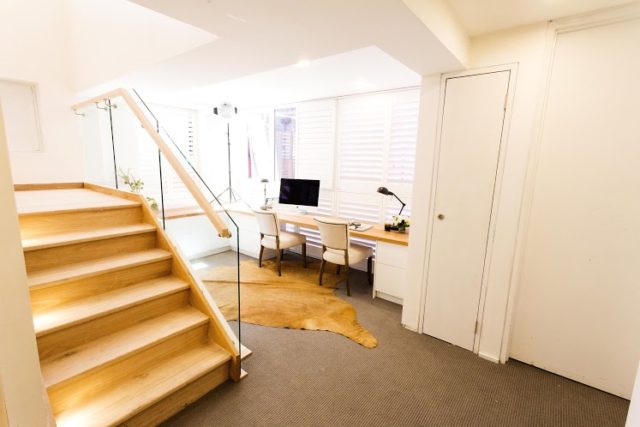 However, once they went up the stairs to the next floor, there was a sigh of relief! Their study was in Josh and Charlotte’s signature style of classic simplicity, or as Neale referred to it “industrial merged with colonial.” Darren loved the layout of the desk, the shutters, the bulkheads, everything! But unfortunately, the compliments stopped there. When the judges did a 180 and looked behind them, they saw how much was unfinished and how much painting still needed to be done. As Neale said, “Great hint of what it could be, but it’s not there yet.”

Our pick to buy: Desk top 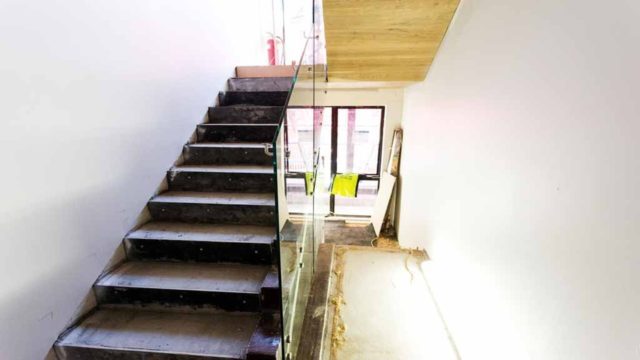 Oh what a hot mess this was! The couple failed to deliver any spaces, and Shaynna’s face said it all: “What on earth happened?” Neale said he never remembered walking into a room like this on The Block ever!

As the stairs were completely unfinished, they made their way to the cinema room and Shaynna’s words upon entry? “Idiots! Worst room reveal ever!” With nothing except a huge TV, all the judges thought it had been a massive missed opportunity to have not made the room a fourth bedroom. 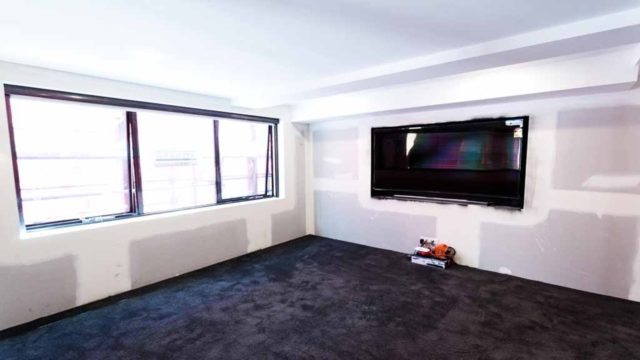 Walking up to the top and third level and there was another room with nothing except a TV! “They’re seriously having us on!” said one very annoyed Shaynna. Neale said the whole top floor should have been luxury but it was just TV overkill. He thought it was just heartbreaking and clearly this was the week that had broken them. All the judges agreed they were very worried about them come auction day.

Our pick to buy: Nothing revealed! 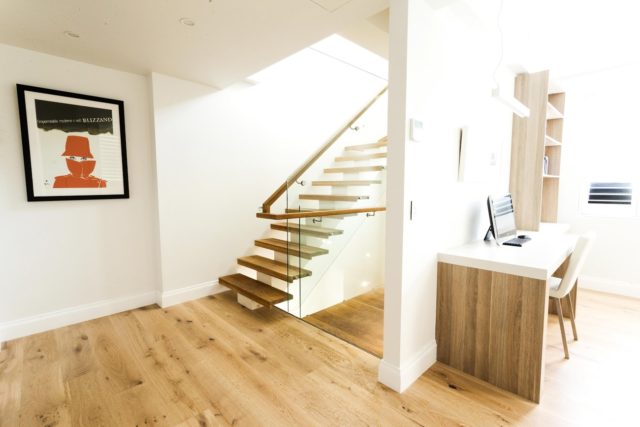 Finally some good news! Achieving the near impossible, they were the only couple to deliver and finish all their spaces! Walking in, the judges were worried, they had seen one pretty average reveal, one pretty terrible reveal and they didn’t know what to expect. As Scott said: “Pretty would be nice, but they got a whole lot more!”

The judges loved the architectural detail of the staircase and the floating raw timber treads that let light through. Shaynna thought it was stunning and Darren thought it made such a strong statement that tied all the rooms together perfectly. Up the stairs and into the study and the “oohs” and “ahs” continued. Perfectly balanced, the study didn’t feel small. The judges also liked the linen cupboard and the pendant light. “This is glamour!” said Shaynna. 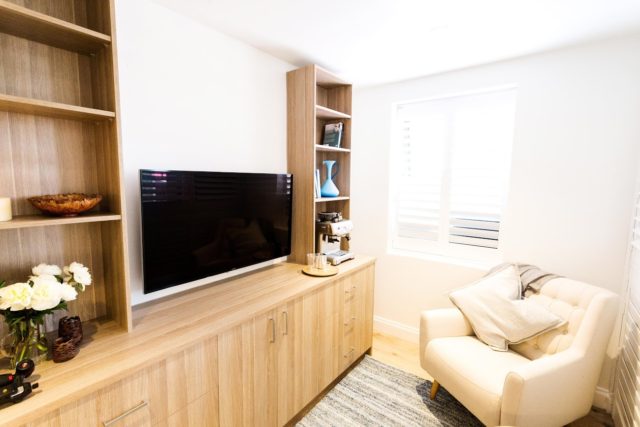 Onto the third floor and they also loved the TV room, with coffee machine and mini fridge. They were all very proud. “Out of all the four couples they’ve been on the biggest journey,” said Neale. “They’ve built on their confidence every week and this has taken it to a whole new level.” 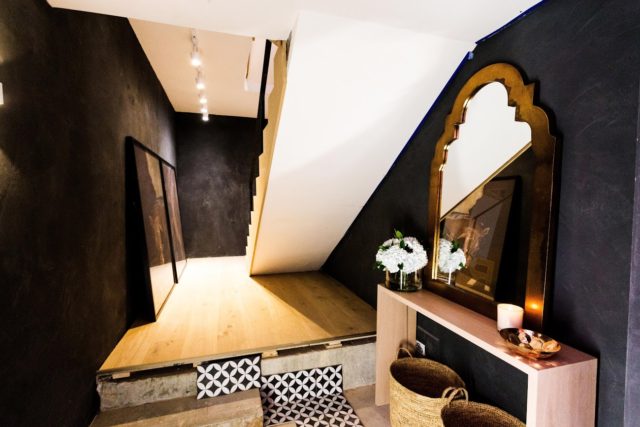 After not finishing their staircase on the Glasshouse series, they were keen to not let history repeat itself! But unfortunately, they weren’t successful, and like Tim and Anastasia, failed to deliver any finished spaces. “Here we go again,” said Neale. But looking at what was there, the hint of tiles and the styling, and Neale thought had it been finished, he would have really loved it. 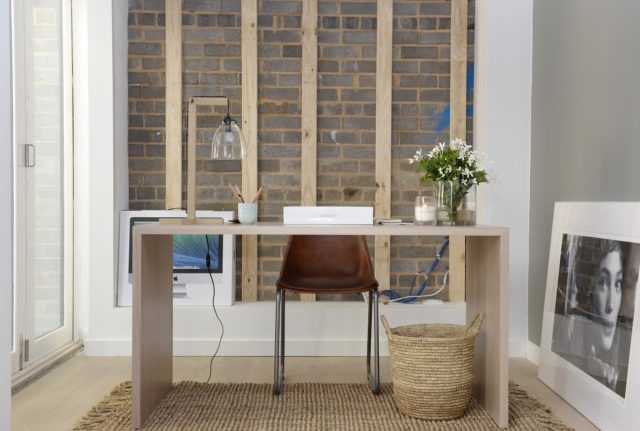 On the staircase, everything was completely mismeasured, but it was the low hanging pendant that really got the judges going, especially as Darren is 6 foot 7 (he did admit he hit his head on it!). They liked the artwork, but could all agree the space was more style over substance. In the study, the disappointments continued, with a huge hole in the wall and missing cabinetry. Shaynna thought the space was great but didn’t like the orientation of the desk, Neale liked how it was styled but thought on a practical level it wouldn’t work as a study nook so close to the TV. “I seriously think Dea and Darren are in trouble,” were Shaynna’s last words.

Our pick to buy: Paris Madness #09

If you love renovating, check out the real reno section on our sister site RENO ADDICT!