Have you ever been on a holiday and felt like bringing that resort feeling home? Well that’s exactly what a young Sydney family did recently when they overhauled their mid-century bungalow with architect Georgina Wilson at the helm. “We wanted a house that was easy to entertain in. We wanted it to feel like a sanctuary and quite calm. When you open up all the doors onto the outdoor areas it does feel like a resort,” says owner Belinda Wilde.

Located on Sydney’s Northern Beaches, the home houses three growing boys and their parents. Not only is it sun-drenched (thanks to its northerly aspect), but the home has la leafy outlook and views to Middle Harbour too. Taking design cues from its surrounds, the home has a relaxed Australian coastal aesthetic with a fresh palette of white, timber, sandstone and lots of lovely textural details.

“The house is white and bright, but it’s got a lot of hints of texture in the timber beams, the sandstone, the mesh in the cabinetry doors, and the white v-groove panelling in the kitchen. The floor-length curtains in the living room add so much romance – they billow in the breeze which is really pretty,” says Belinda.

The heart of the home, the open plan living, dining room and kitchen are sophisticated yet relaxed; the expansive spaces were designed with entertaining in mind. There’s a large picture window that frames the natural beauty of the surrounds and the space opens up onto the home’s outdoor entertaining areas. “In summer, we live outdoors around the pool, but in winter we gather around the beautiful sandstone fireplace. It works all year round,” says Belinda.

One of her favourite features is the dining room banquette seat that runs all the way along the wall and has storage underneath. “We can seat 14-to-16 at a push. In our old house we were forever bringing up other tables and chairs but not anymore!”

The kitchen’s vertical joinery, white rattan and natural timber ceiling beams are another highlight. “The vertical joinery plays into that coastal, cottagey, Hamptons vibe. Slightly rustic. It gives it a nice texture while not being over the top – it still looks very sharp,” says architect Georgina.

The home’s original 1970’s swimming pool is another high point of the home – it’s completely original aside from new tiling. Large by modern standards, everything has been arranged around the pool because you can see it from every angle in the house.

As with many renovations, cost constraints were a number one concern. Tasked with retaining as much of the original home as possible, Georgina reconfigured existing spaces and added a new two-storey structure at the rear of the home. “It’s very important when you’re forced to retain certain parts of a building, that the old and new sit comfortably alongside each other. We’ve achieved that, and it’s quite hard to tell what’s old and new,” says Georgina.

One of the most significant exterior changes is the addition of sandstone blocks. “It’s meant to look like the home is on a natural rock shelf. It kind of is but it just wasn’t coming through before,” says Georgina. But providing a facelift to the front of the home didn’t come cheap. “We weren’t sure about doing the sandstone at first because of the cost, but we were so happy that we did it in the end. We’ve never looked back. It’s been a huge asset to the look of the house. It makes the whole house, especially the exterior,” says Belinda.

And unlike many renovation stories, this one seems to have had a very happy ending. “The renovation actually exceeded our expectations. We absolutely love it. From what it used to be to where it is now? Amazing!” 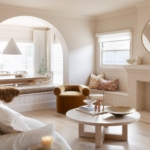 Three Birds Renovations: dated cottage to curvacious family home
Utilising space, championing storage, and building a home fit to last are vital elements to consider for families looking to renovate and modernise their homes. These factors were key when…
FacebookPinEmailTweet

Who else loves the word NAPERY?! We're so in love

Oh boy! Would you look at this Vietnamese sticky

One of our TV faves @andrewtwinter shares his new 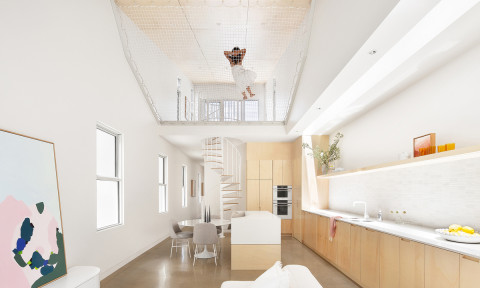