There was a lot of last minute panic, there were tears and of course bitching, but the results of last night’s first Reno Rumble reveals were nothing short of impressive for two teams of amateurs. Two entire homes in Melbourne were transformed in just one week. Wow. And the fact they were for deserving couples definitely added to the enjoyment of the show. One belonged to cancer survivor Sarah and the other to her best friend, Maddy, who raised huge amounts of money to find her treatment. Sarah is now in remission.

It was refreshing to see the teams renovating real, modest homes rather than exclusive apartments. New judges Colin and Justin delivering their verdicts in person was both entertaining and actually useful. Where they didn’t like what had been done they said why and could suggest what they should have done instead. I’m sure this can only lead to the contestants, and the viewing public, learning more from this newly tweaked show. Reno Rumble’s been renovated and I like it!

There was drama and inter-team bitching of course, but we don’t have time to repeat all that when there are so many rooms to look at!

So here’s what the teams did and how they scored, plus our picks of what to buy. 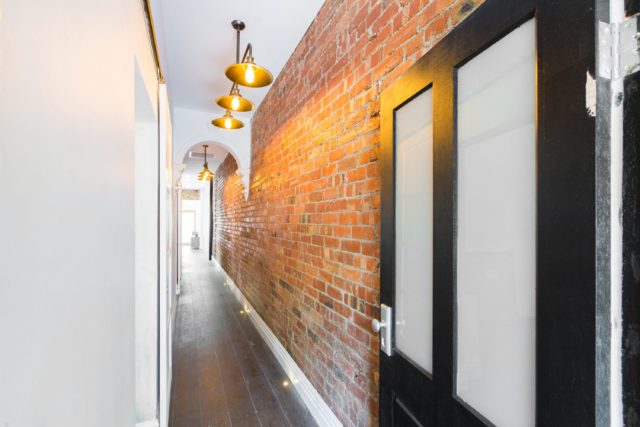 While Colin and Justin loved the exposed brickwork they thought the painted finish on the MDF barn-style doors let it down. 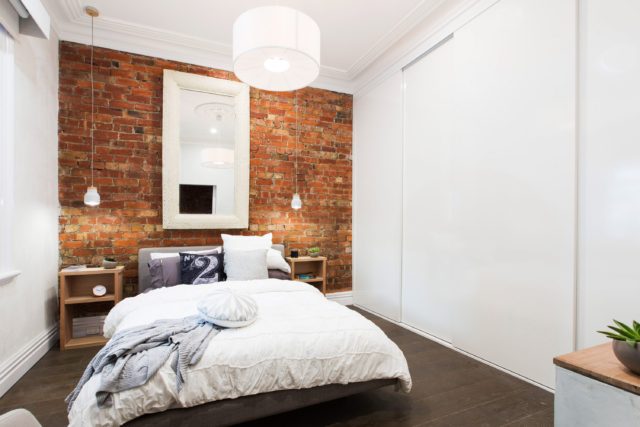 Colin was expecting something more masterful and labelled it less of a reno rumble and more of a reno mumble. He added that it lacked a layer of luxury. Justin said the small floor floor area and high ceilings felt disproportionate, certainly not helped by hanging a tall, thin mirror vertically above the bed!

The hydraulic pop-up TV they were so proud of didn’t go down well either! Colin said it sounded great in theory but in practice it was a rickety old thing! Justin was a little kinder, saying  overall it was a really lovely room. 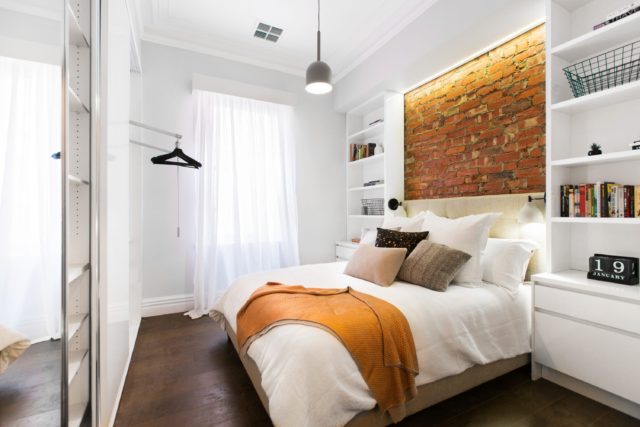 Justin said they’d been really clever with the built-in storage either side of bed and it was a good mix of closed and open storage. Colin said the bed was well dressed but the lack of a rug took away from the feeling of luxury. 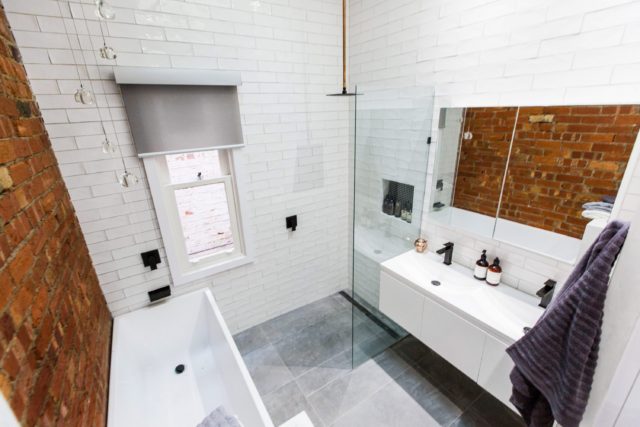 Justin really like the brickwork and the long subway tile but neither of them were fans of the “weird modesty wall” around toilet. “It’s not a huge room and it’s working working against the space,” Justin said.

Colin loved how the skylights flooded the room with natural light and the double, wall-mounted vanity. The frameless shower felt modern and larger, but he hated the way they’d created “the largest cistern concealer in Australia!” which was unnecessary! Our pick: Black marble serving board 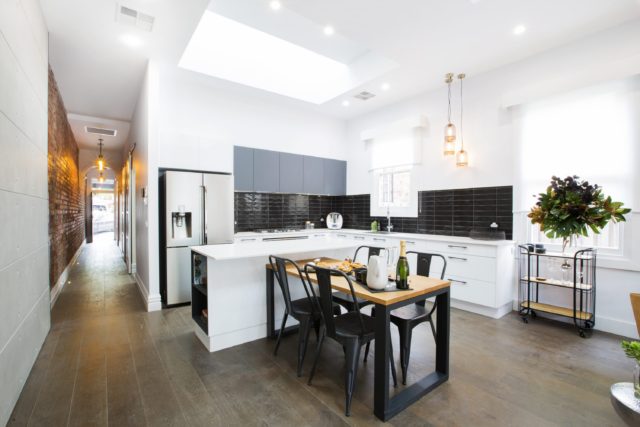 Colin said the kitchen was miraculous and the standard of work in a short period of time was amazing.

Justin said it would be hard not to like it but wished the fridge had been integrated. 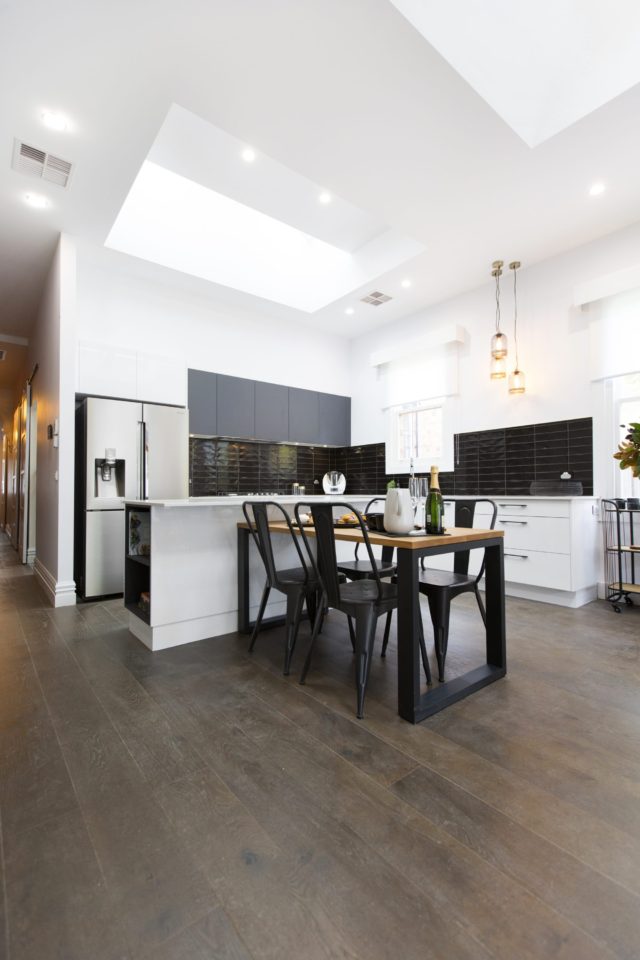 Judged separately, Justin said the girls really let the side down with dining and the too-small table. 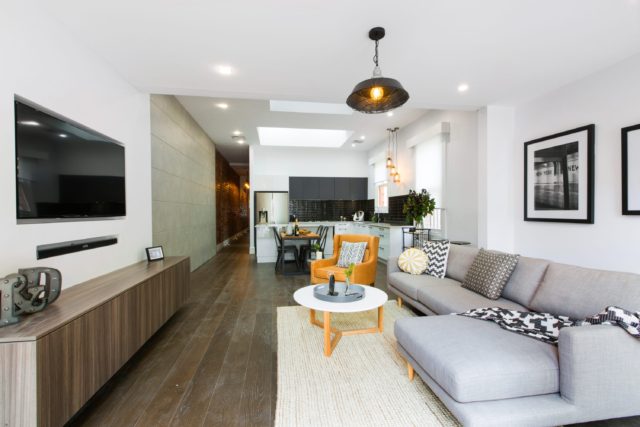 They both loved the light and the integrated TV. Justin said the rug was much too small (an “Elastoplast on the belly of a whale” to be specific!).

The blue team’s final overall house score was 88, coming last. As the lowest scoring pair on the lowest scoring team, Sarah and Renee escaped being sent home this week when Scotty revealed there would be no elimination. There definitely will be next week though! 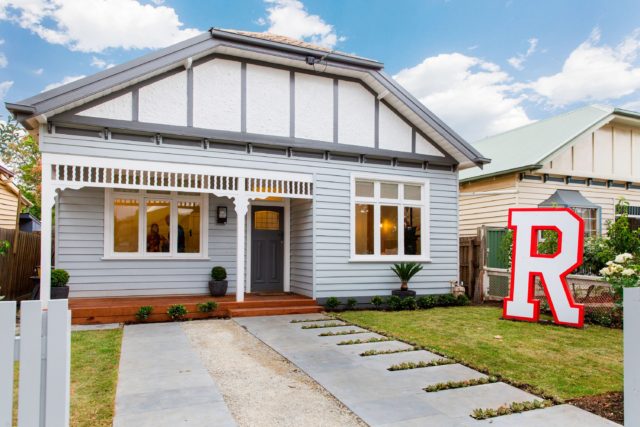 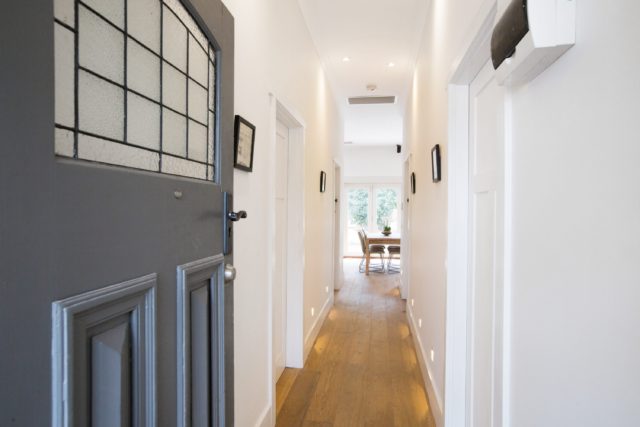 Colin said what had been the creepy house on the street had been totally turned around and had its fortunes changed. Justin said it now felt as if it had a bit of architectural presence.

In the hallway, Justin loved all the light and Colin said it had a new house feel but they had kept some traditional touches. 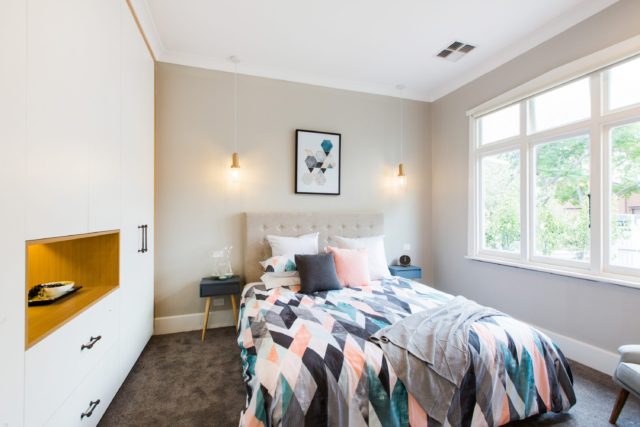 Justin said it was a real sanctuary and Colin said while the colour scheme was gentle, the bed felt a bit teenage and the windows could have done with something more. It was only half good.

Get the look: Tibetan wool cushion, marble side table 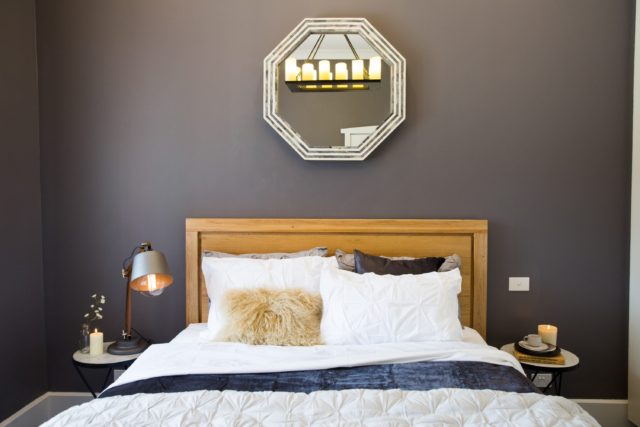 Justin much preferred it to the master bedroom before with its layers and quirky, mismatched bedsides. Colin loved how the timber warmed it up and the texture on the bed. Justin said the chandelier light was like something out of Game of Thrones, was far too high and should be over a dining table! 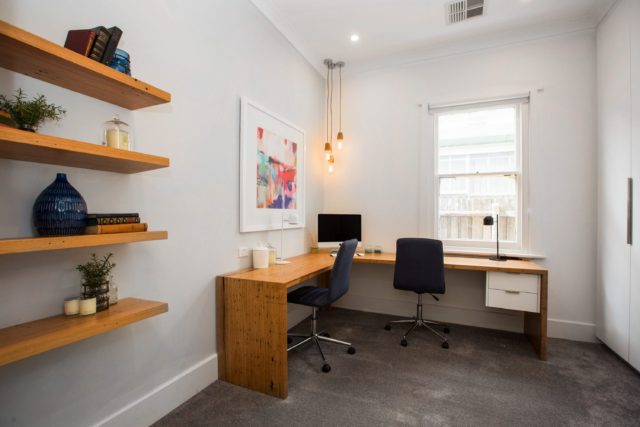 Justin said they played it far too safe and it felt like a pale painted room with some office furniture. He needed to see more drama and layers. Colin said: “must try harder.” This one went down well! Justin said it had been a massive amount of work, was really well appointed, gorgeous and joyous. He couldn’t believe the same couple were responsible for the boring study! Colin said everything felt really considered and it had a layer of design and sophistication as well as a  sense of tranquility. 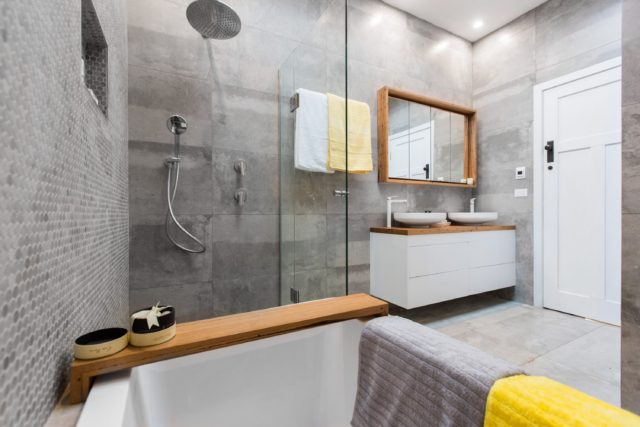 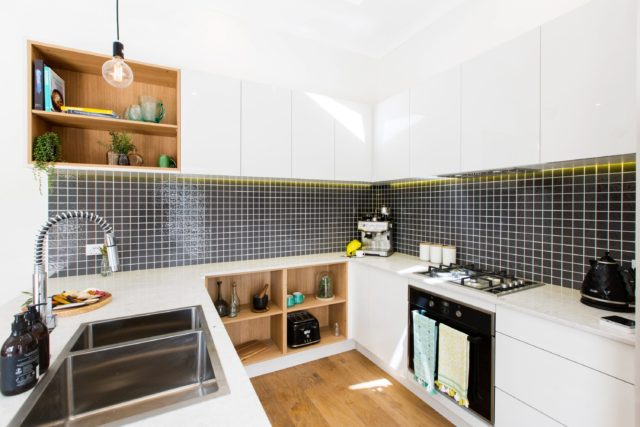 Justin said it was well planned but there should have been three pendant lights, not two. Colin said it was really well executed and felt cavernous. 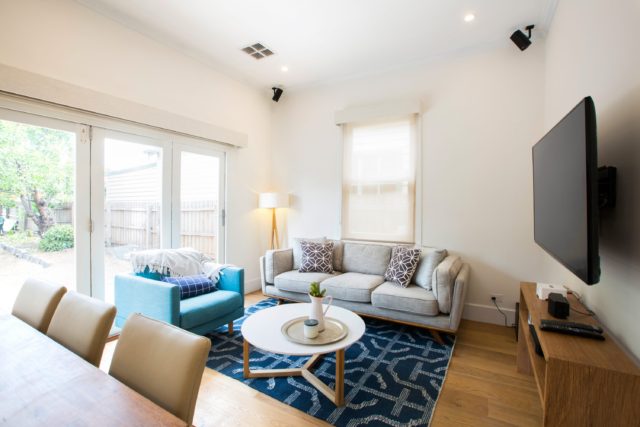 Justin had issues with the visible TV wall-mounting bracket and cables which could have been hidden, but overall, they both liked the space.

The red team’s overall house score was 91, coming first. As the captains of the winning team, Dane and Leanne have immunity next week. Considering their popularity (or not) with their team mates, this should be interesting!

So, what did you all make of the new format and judges? Please share your comments below!

Get a closer look at both teams’ kitchens in our video tour this afternoon.