After several years of hard time as a rental, this Sydney apartment undertook a major cosmetic renovation when its owner decided to move back in, and the results are fabulous. 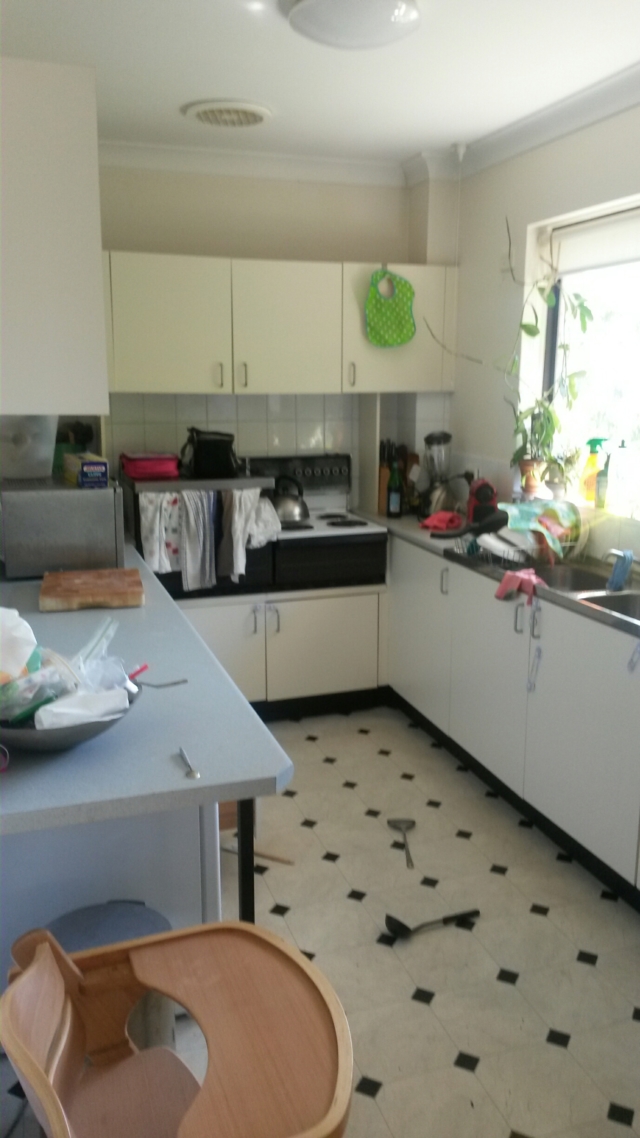 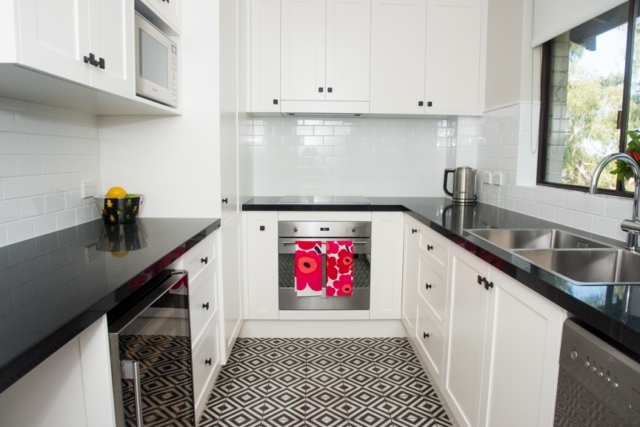 From paint to lighting, window coverings, flooring and storage, the apartment was entirely stripped back making way for a new kitchen, bathroom, laundry and two bedrooms – all in under four months.

“The client wanted a contemporary home with a touch of luxury and she loved black and white,” says interior designer and decorator Anoushka Allum of Smartspace Interiors who accented the monochromatic colour brief with pops of bright colour. 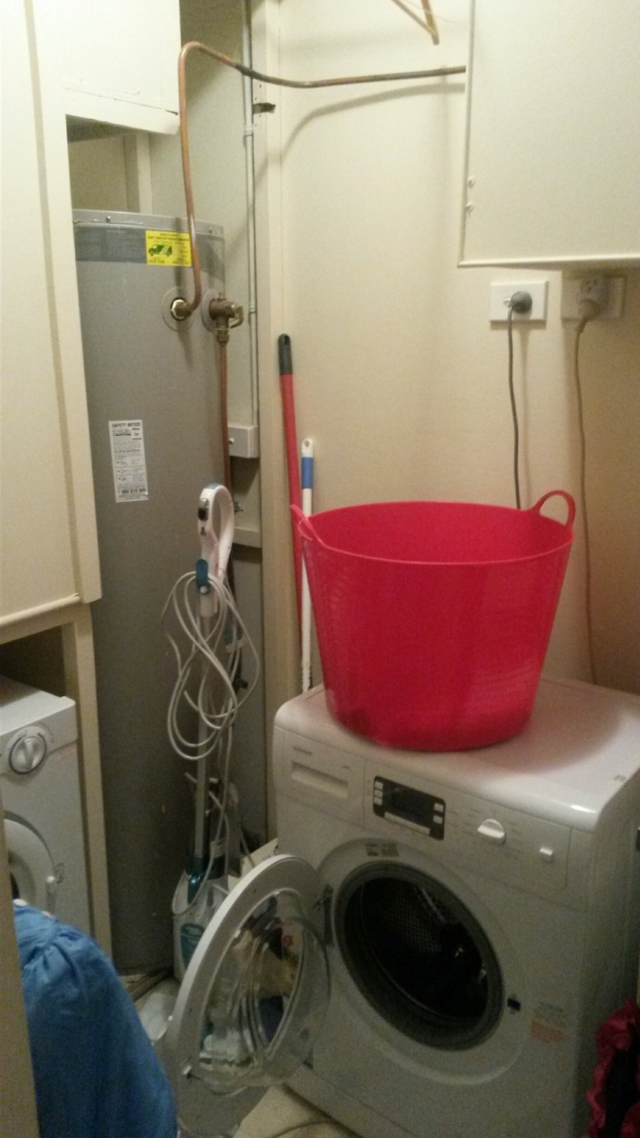 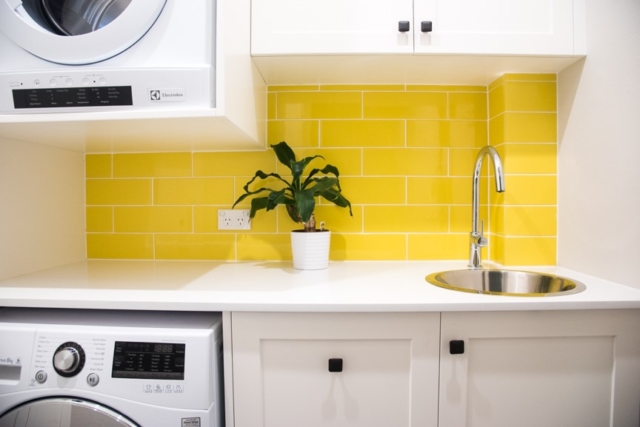 “We had a generous budget, given the size of the apartment, which allowed me to use premium features,” says Anoushka.

“The bathroom was the biggest concern, as the client wanted a full sized bath and to achieve this we had to remove a wall,” says Anoushka who used on-trend black bathroom fixtures, and a black and white cement floor tile, for a contemporary finish. 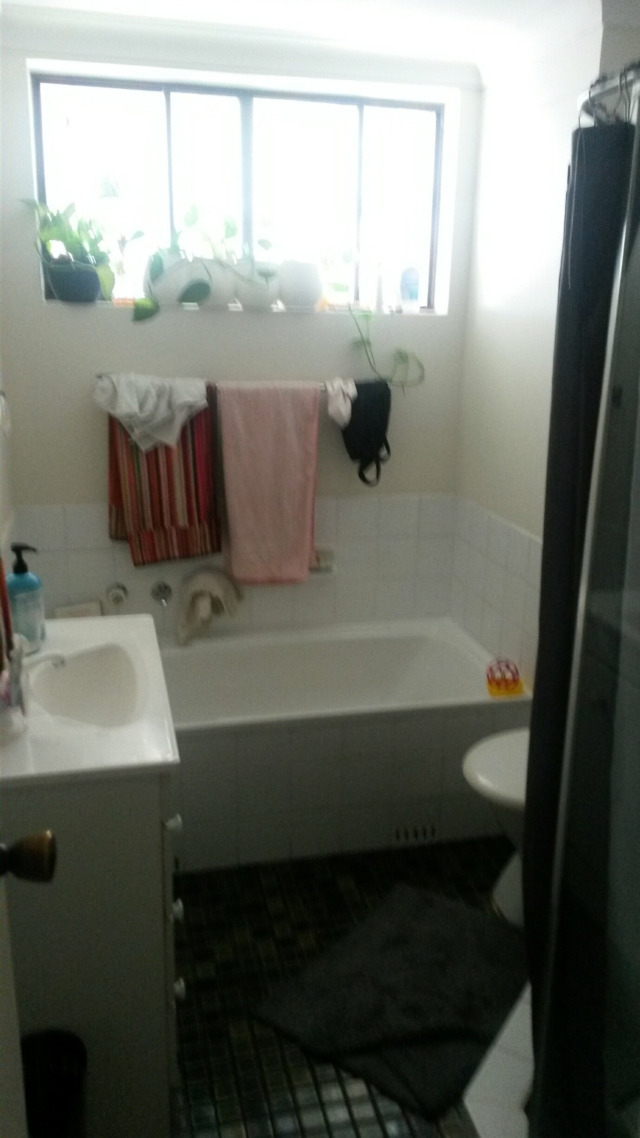 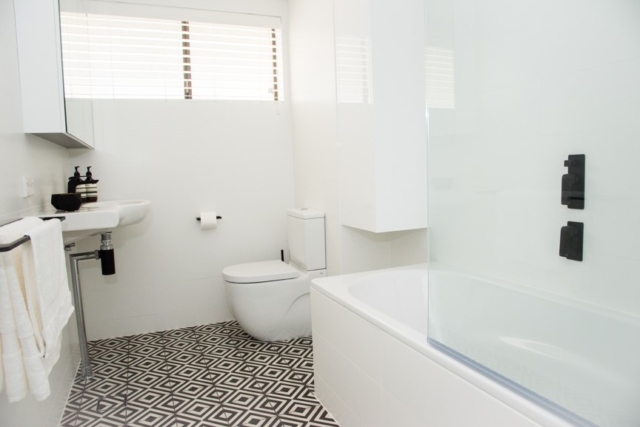 The bathroom layout was altered completely to improve its use of space and to allow for the addition of a bath and storage.

The laundry floorplan was reconfigured and major cosmetic changes were made to overhaul the space too. “I added extra lighting and a colourful yellow splash back to make this windowless area brighter,” says Anoushka. 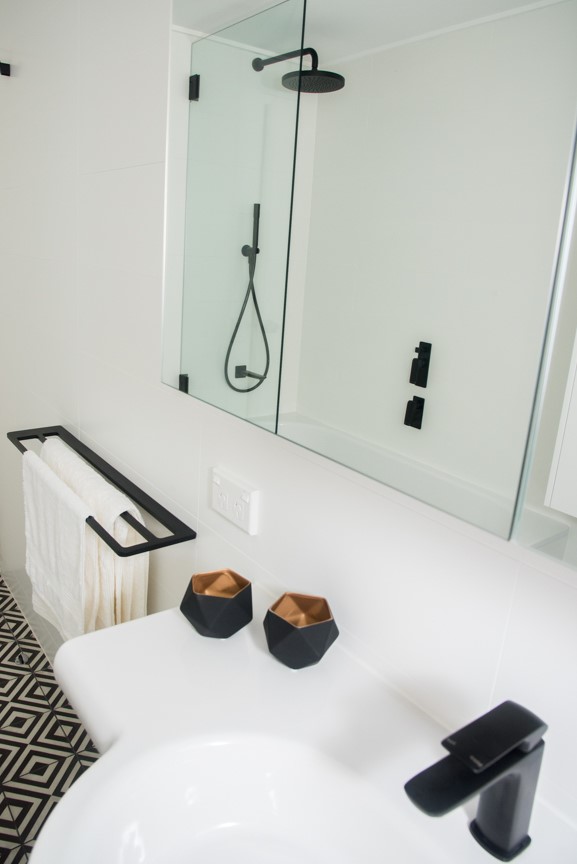 The black and white theme continued in the kitchen which features a black counter, white subway tile and the same floor tile as the bathroom, for continuity – TeraNova supplied the tiles throughout.

The shaker-style doors add a classic element to what is an otherwise contemporary scheme and Castlewood Kitchens created all of the apartment’s new cabinetry. 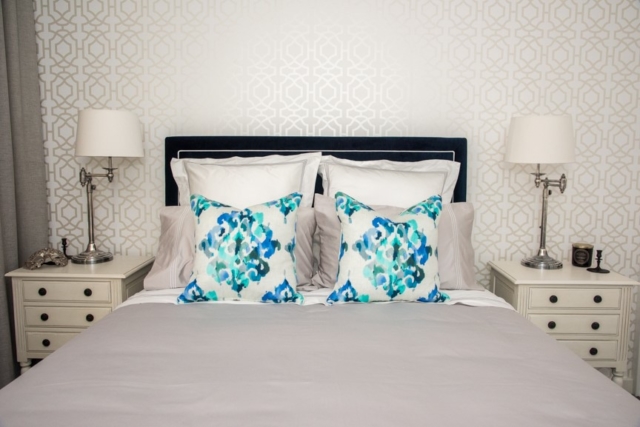 One major change, that you wouldn’t necessarily notice at first, is the addition of thoughtful storage – essential for keeping the interior tidy and making it seem larger. “The introduction of quality storage in the kitchen, laundry and bathroom improved functionality and allows for an uncluttered space,” says Anoushka. 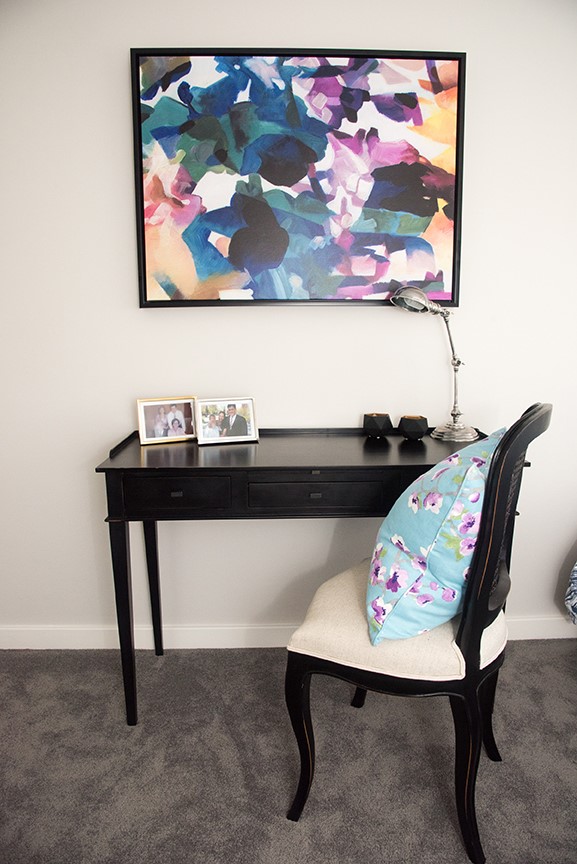 Soft furnishings had a major part to play too with the finishing touches providing colour and texture throughout – King Living, BoConcept, Globe West, Forty Winks and La Maison were the main suppliers. Abstract prints, Morrocan-printed wallpaper and touches of elegant grey all worked to transform the space into a stylish, contemporary abode. 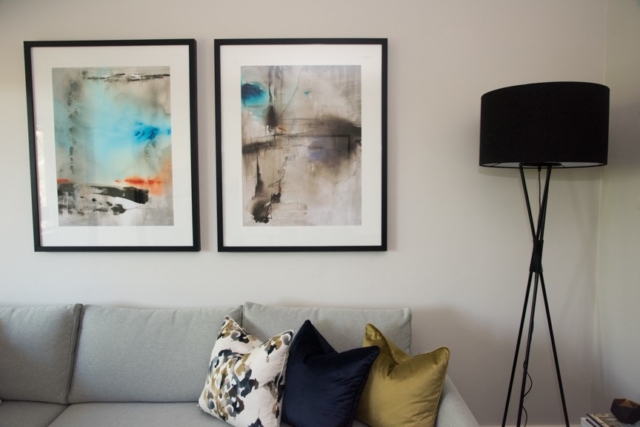 “I added artworks, accessories and soft furnishings and the results were striking. The design has created an impactful first impression which is fun and vibrant whilst still elegant and cohesive,” says Anoushka.