Interior designer Lauren Macer of Sisalla Interior Design opened her home for us recently to reveal her lovely and low-cost renovation that took place over just two months. Untouched since the 1970’s the Melbourne beachside apartment renovation mixes luxe with affordable finds to great effect – we especially love the blue IKEA cabinetry and brass tap ware in the renovated kitchen. What fabulous, original choices! 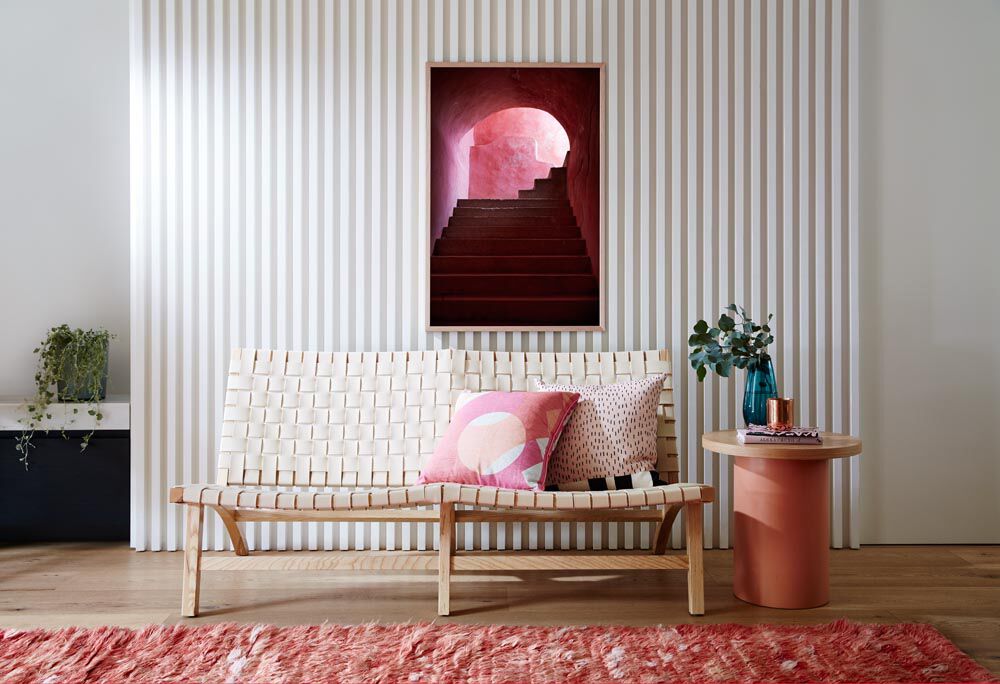 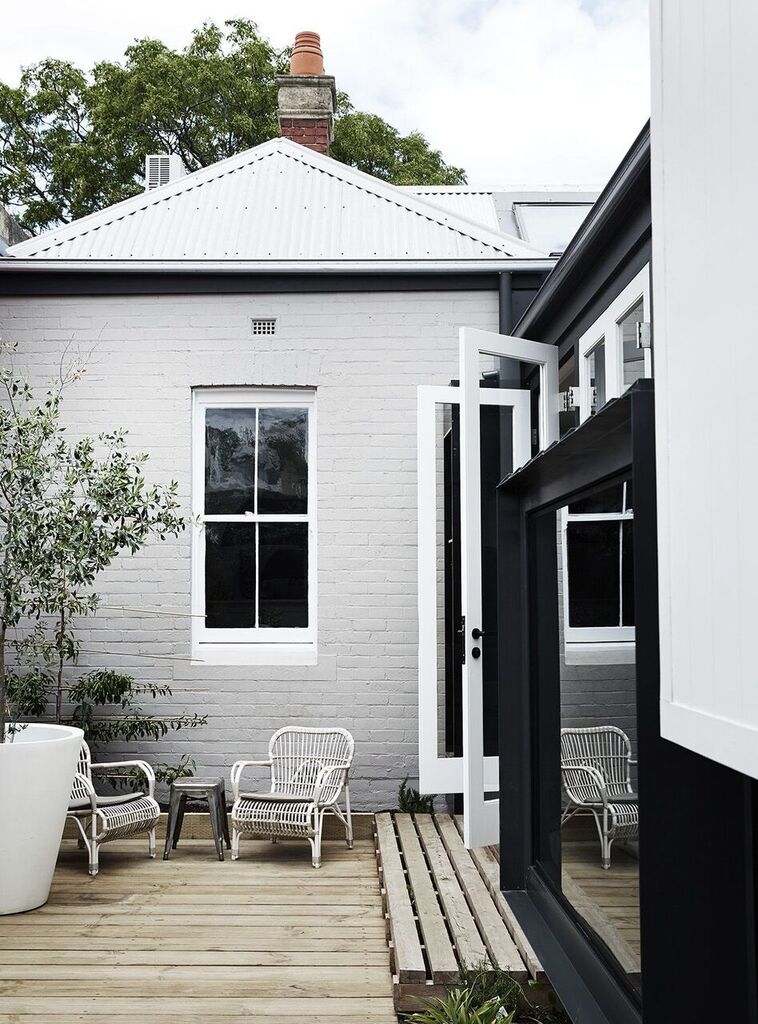 “I selected a soft turquoise colour for the kitchen cabinets that reflected the Scandi look I was going for.  The cupboard doors are around $20 each so if I wish to swap them down the track it’s not a huge expense.  However, I still love the colour so I’m so happy with trying something slightly unexpected.  The key is to mix IKEA with other items, such as the tumbled brass tapware and unique door hardware,” says Lauren. 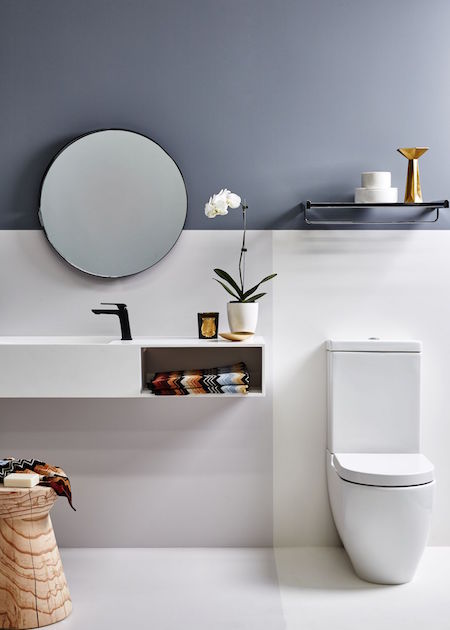 After kitchen – we love the brass details

From changing the kitchen’s faux-wooden laminate cabinets, benchtop, electric stove and mission brown tiles to relocating the laundry and making cosmetic changes to the walls in the lounge and kitchen/dining areas, the renovation completely modernised the kitsch original design. 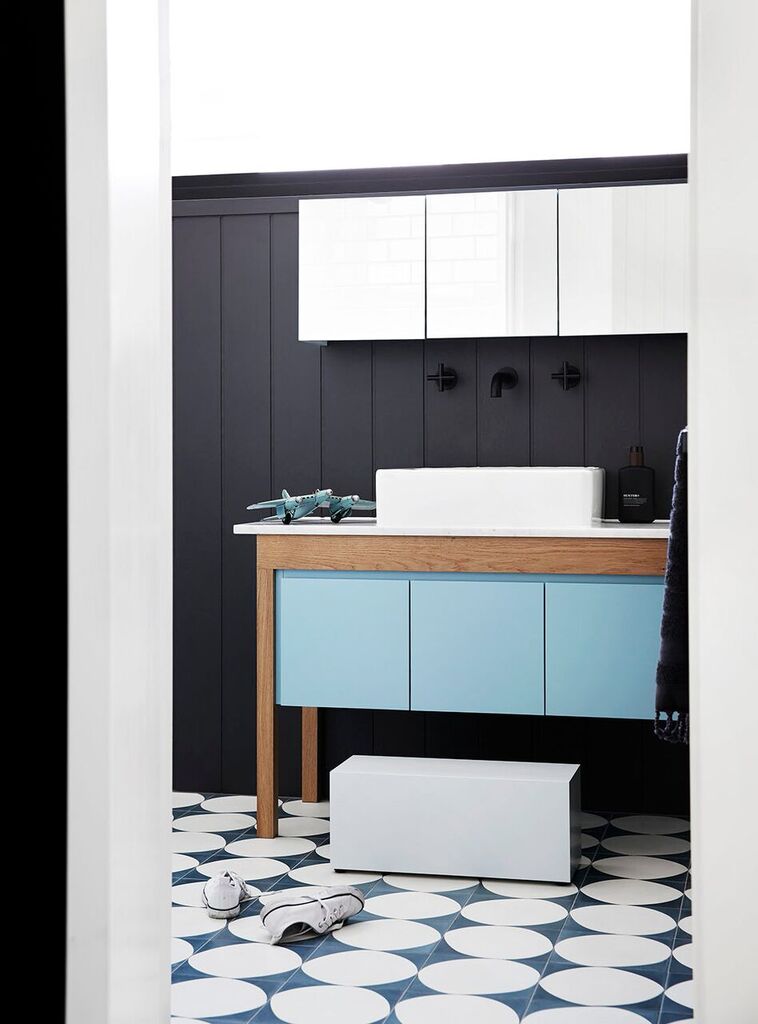 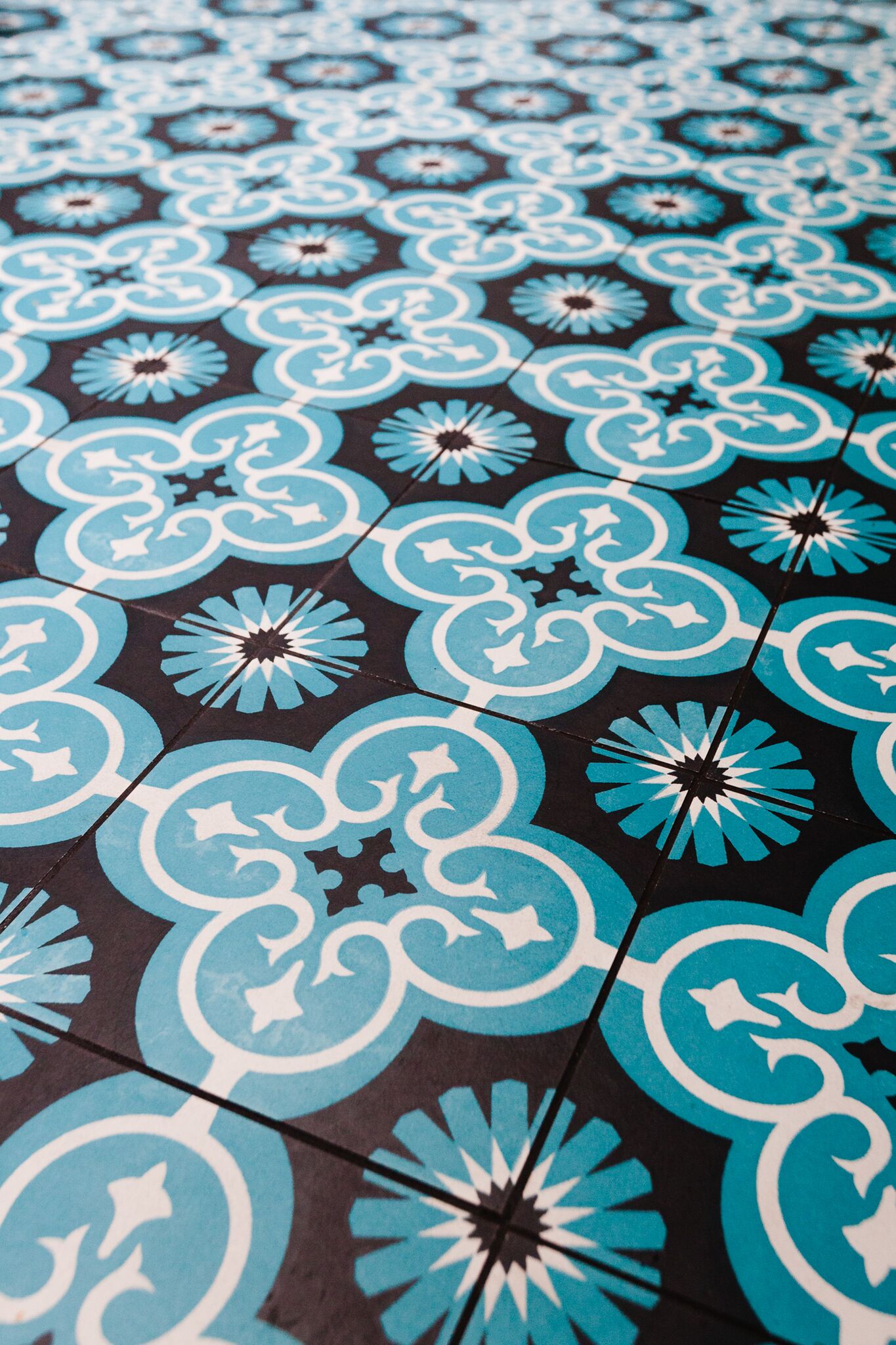 “Let’s just say the design was original!  The laundry was situated through the rear of the kitchen in its own room which caused the kitchen to be dark and very narrow. There was a nook no larger than a metre wide for a dining table to seat two people. There was a linen closet in the lounge room which was a typical design during this era and a 1970’s archway that separated the lounge from the bathroom and bedrooms.  There was a separate shower and bathtub and the space was so tight that the basin and bench sat over the top of the bath!” says Lauren. 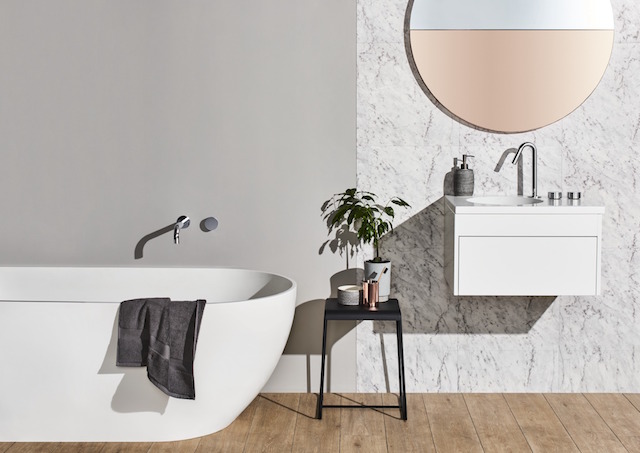 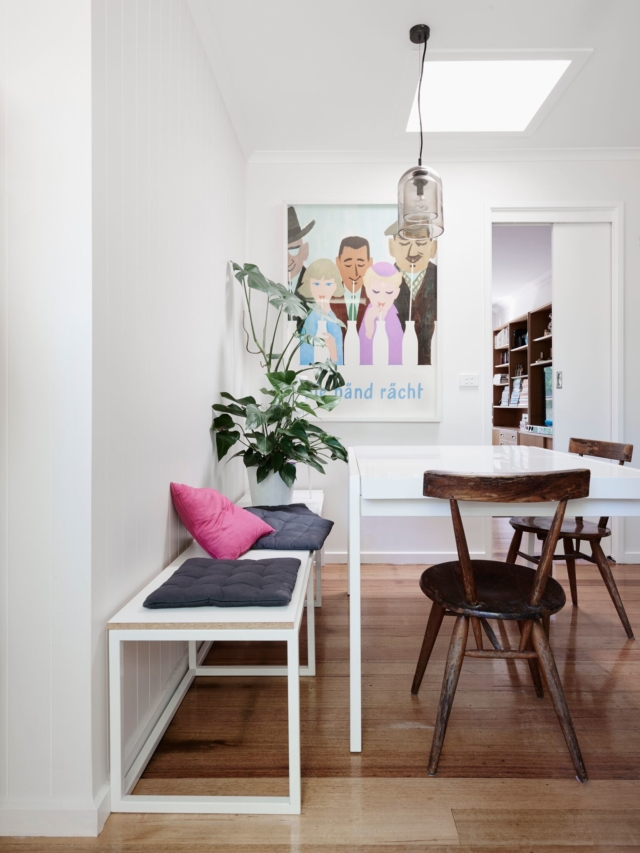 Lauren also added lighting and wallpaper to the bedrooms and carried out all the renovations herself with the help of her husband and a friend. “In the lounge room we turned the linen closet inside out so it was inside the toilet instead for toiletries and towels. We took down the existing plaster walls and installed v-groove wood panels to add interest and texture.  We squared off the old archway and installed a barn style sliding door which helped insulate the lounge and isolate noises to other parts of the house. We were able to reclaim quite a lot of space in the bathroom by deciding to remove the shower and put it over the bath,” says Lauren who installed a wall mounted double vanity and European laundry in there too. 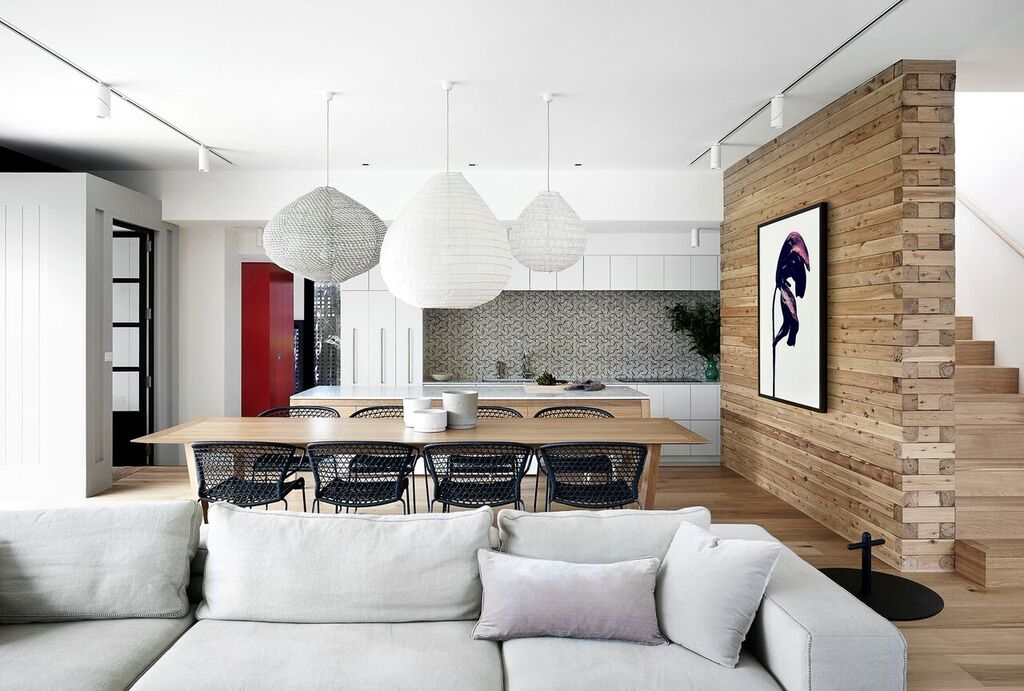 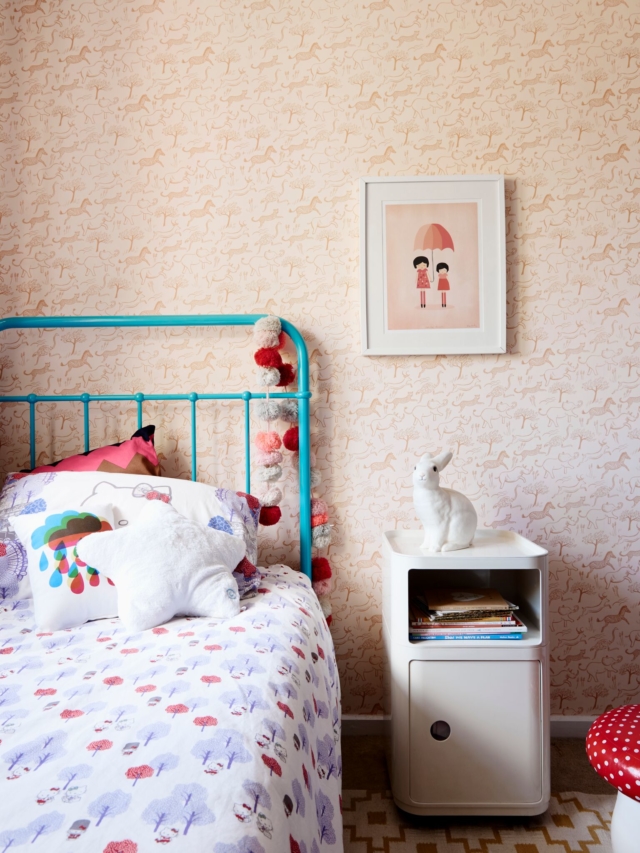 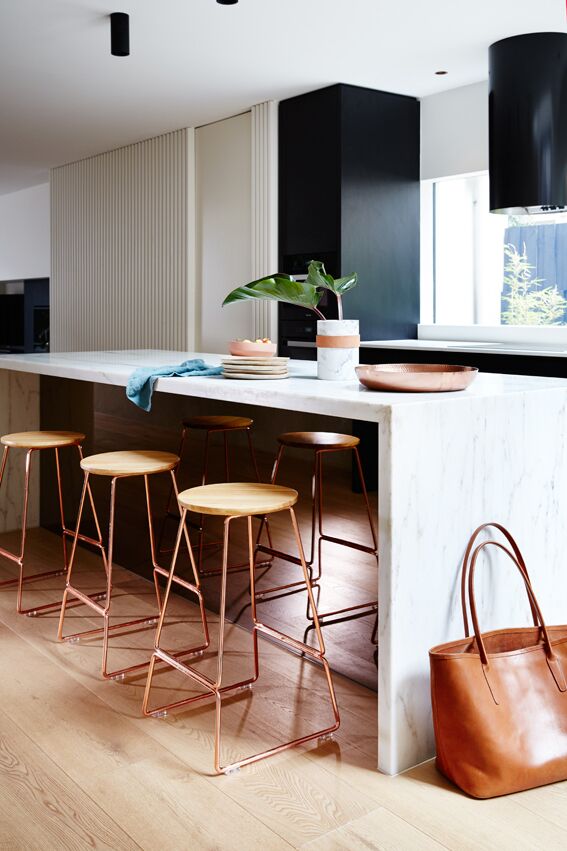 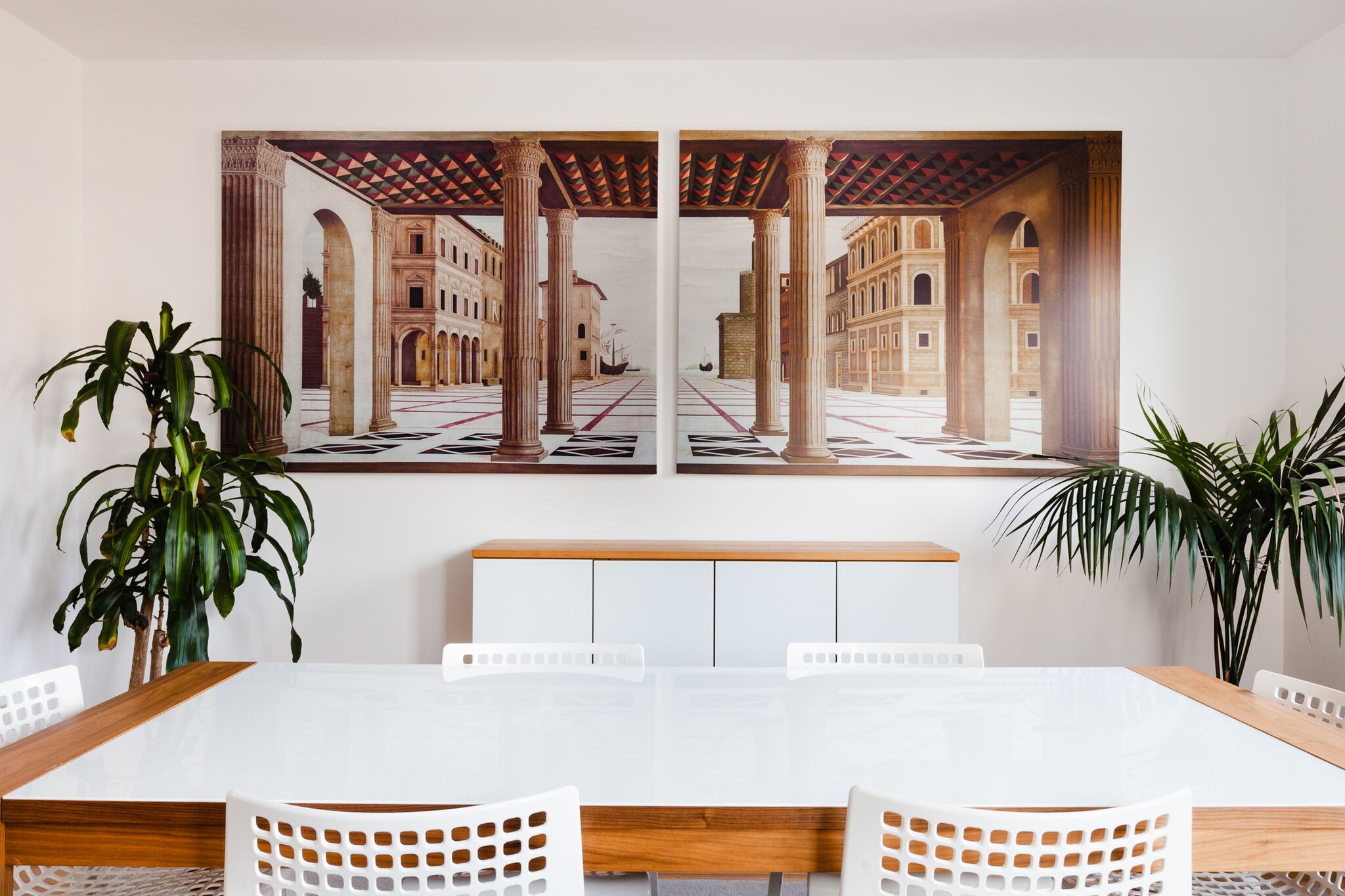 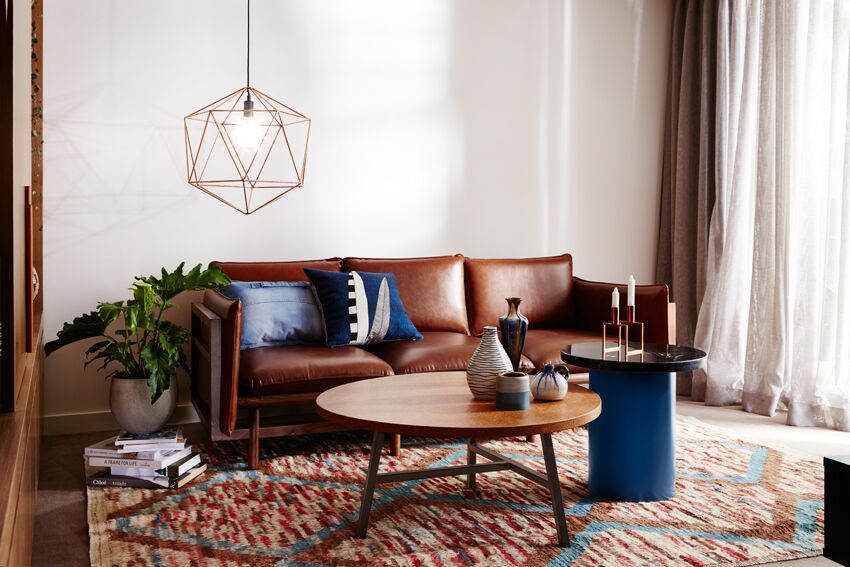