Five years ago, interior designer Agnes Sweijer left her native Sweden (and a successful career in finance) to pursue her design dream in Australia. It was a journey that kicked off with a bachelor of design at Sydney’s Enmore Design Centre and included several years working on high-end hospitality projects (Wolfgang Puck at Sydney airport and Kitchen by Mike to name a few), before she ventured out on her own.

“My dream and goal was always to start my own company so I took the plunge in 2016 and started SWEIJER DESIGN,” says Agnes who works alongside her Australian fiancé, carpenter Steve Evans. The couple turned their hands recently to renovating their own home – a dated waterfront apartment located on Sydney’s northern beaches. Amazingly, the stunning overhaul cost just over $30,000.

“The budget was obviously very tight but with Steve’s experience we could do a lot of the work ourselves,” says Agnes who was super savvy with her dollars, saving in some areas and splurging in others. “When designing with a tight budget it’s extremely important to choose what you want to spend your money on and what you hold back on,” says Agnes whose savings on her IKEA bathroom vanity cabinet, for instance, allowed her to purchase a beautiful Carrera marble bench top for the same space.

Old carpet was replaced with a light oak floating floor and the dated popcorn ceiling was dropped and square set, for a much more modern vibe. “The old laundry was extended to make room for a nursery and the kitchen got a tiny bit smaller but with smart floor planning it was made much more functional,” says Agnes of the renovation that took three months to complete. 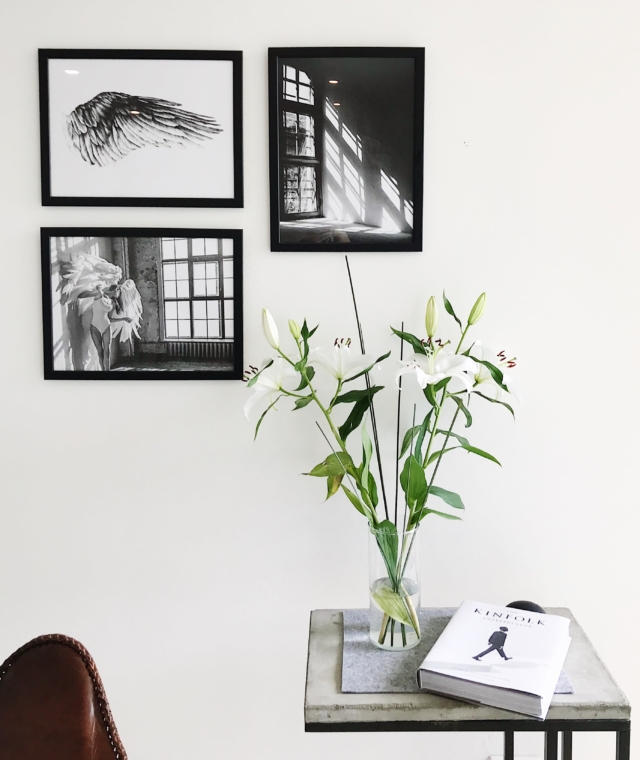 Her favourite part of the project is the kitchen – a slick fusion of matte black and marble-look engineered stone. “It looks so much higher end than what we paid for it, considering it’s from IKEA. The reaction from people when they heard my description of a black kitchen with marble was often sceptical. They thought it was going to be too harsh but most of them now say that it’s their favourite part of the apartment,” says Agnes.

The renovation also includes space saving features such as barn doors. “The wall with two barn doors is a feature that I love. It’s not only saving a lot of space in a small apartment, it’s creating a streamline feature that connects the two sides of the apartment,” says Agnes.

For more | Check out our other renovation stories