There are plenty of ways to describe today’s ‘Real Reno‘ but a ‘labour of love’ is probably one of the best. When Marsha and Frank purchased their 4 bedroom, 2 bathroom house in Point Cook, VIC, they could see that the property was ‘liveable’ but in need of some serious TLC.  “The house was livable,” says Marsha “but the finishes were cheap and ugly. Even down to the 80m2 of yellowish floor tiles! It was easy to see the potential, we are good at visualizing spaces and layouts.”

After purchasing the property in 2013, the couple pulled together what was initially a 5 year plan to work towards completing all the necessary renos, taking on the bulk of them themselves. “We like to do things ourselves, says Marsha “as it saves money, we absolutely love seeing the transformation and it is so satisfying knowing that we have done it all ourselves.” 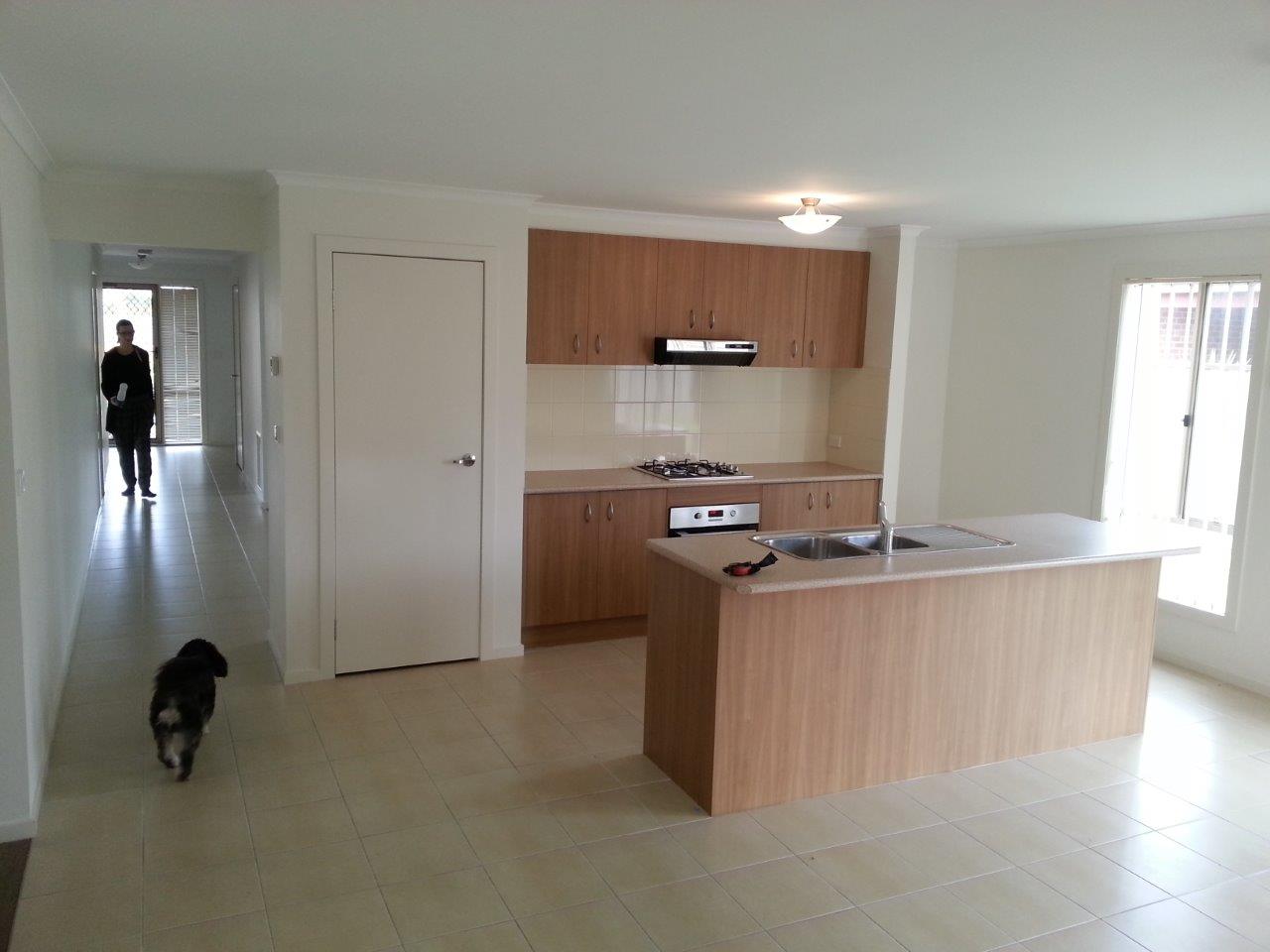 One of the primary ways the couple make the renovation experience survivable is by working on the critical elements, that they know will make the process more comfortable, first. “It’s why we made the kitchen ultra deluxe,” explains Marsha, “to enjoy for the time we are there as we knew it would take a while to DIY most of the house, so the idea was for live-in but ultimately add value and sell at a profit.”

The couple have exceeded their expectations, with renovations tipped to be completed by September this year at a grand total cost of around $50,000. Being that the list of updates, when completed, will include 80m2 of floor tiling, a new kitchen, new main bathroom, new ensuite, wall partitions to close off the second lounge into larger master bedroom, whole house paint job, rear deck, front timber boardwalk, rear paving and the opening up of a separate dining-lounge area, the price tag is pretty darn impressive. How did they manage such extensive renovations on such a shoestring? DIY. That includes tiling the entire house themselves, an experience that involved demolishing the existing tiles and laying 80m2 of 600X600 porcelain tiles. “It took a long time,” Marsha says, “but the results are great though we probably would not tile an entire house again, unless it was our forever home!” Marsha and Frank also made the timber waterfall benchtop with recycled Victorian Ash that was hand selected from a salvage yard in Bulleen, VIC. The total cost was under $300. The feeling of creating something so beautiful? Priceless! 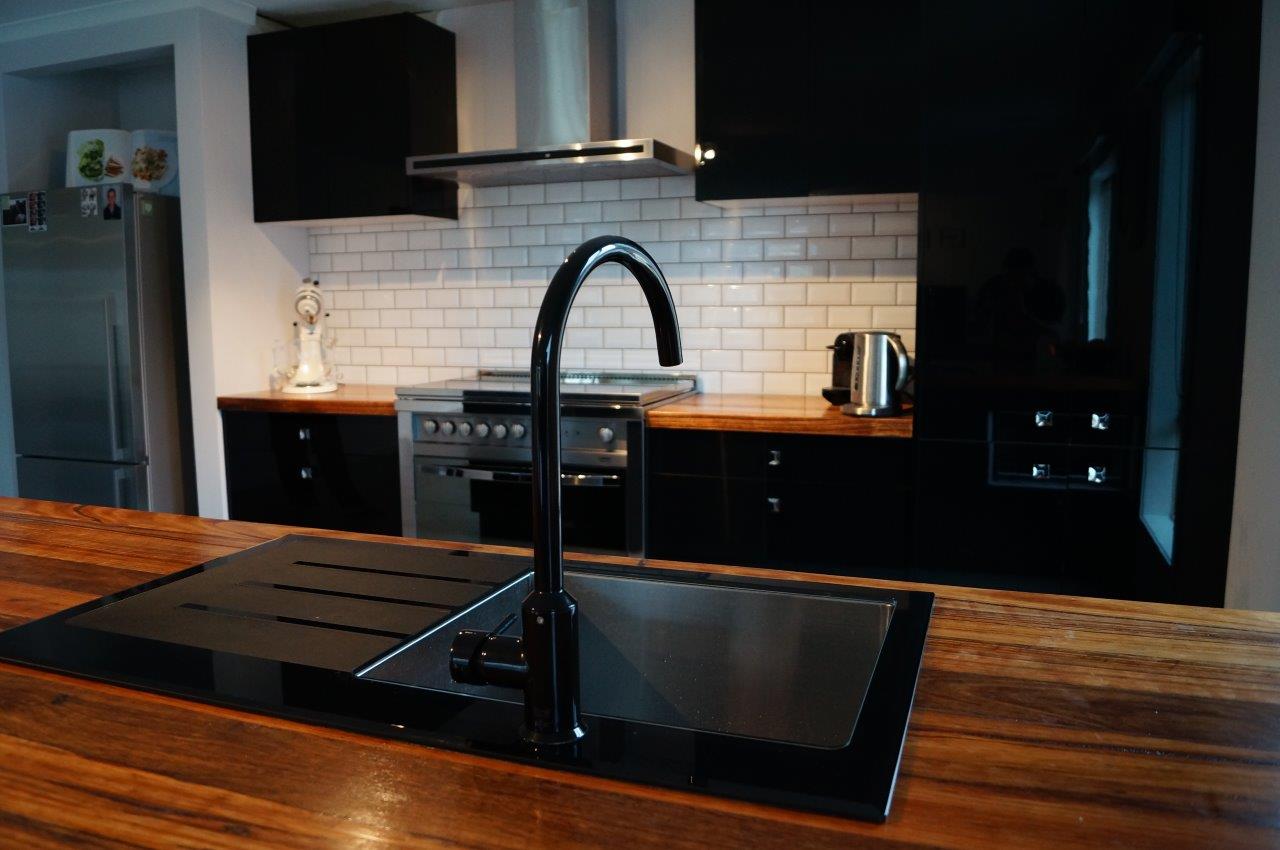 Advice the couple has for would be DIY renovators? “Plan ahead!” says the couple. “Decide if it’s for long term living for yourself or for a flip and budget accordingly. Don’t be scared to DIY as even some of the bigger stuff is possible with the help of some tools and YouTube!”