Since her days working as an art director in New York City, Jessica Watts has been collecting discarded graphic ephemera. From vintage bingo cards and antique storybooks to old typeface compendiums and retro seed packets, the list is endless. However, it was an unexpected find in the early ’90s that inspired her to leave a career in advertising and become a full-time painter. 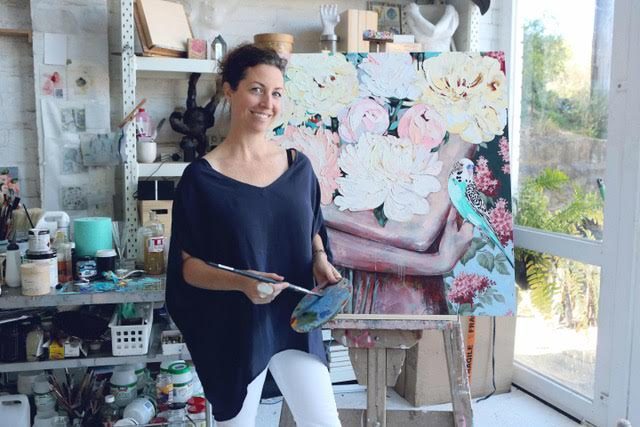 “I’ve been collecting wallpaper ever since I came across a couple of beautiful vintage rolls from the ’40s and ’50s at the 26th Street Markets in New York,” explains Jessica. “The pile grew over the years until it became obvious they needed to be revived in some way.” So came the idea for her Wallflower series.

“My work generally addresses stereotypes and attempts to reimagine fixed ideas,” says Jessica. “So I started to think about the era of wallpaper, when women were sirens, china dolls and wallflowers. The series is an exploration into beauty and the nature of feminine identity. In particular how appearances relate to the inner self and how beauty is more about the hidden than the revealed.” 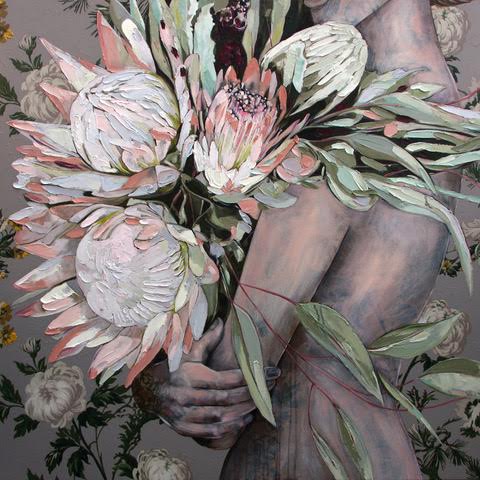 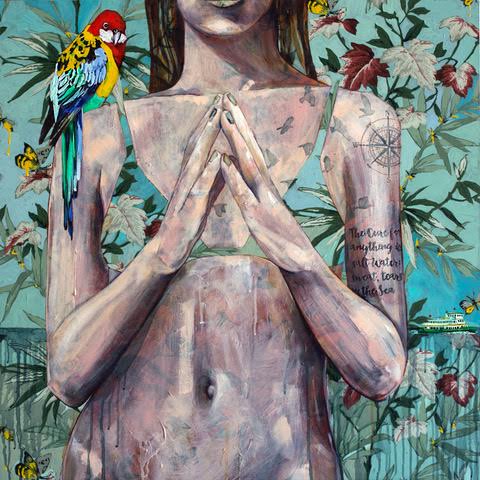 The art making process begins with Jessica building timber boards, which are then wallpapered. Once dry, she beings painting, layer upon layer, with oils and sometimes a bit of house paint. The end result is feminine, joyful and original, something Jessica accredits to having no formal training.

“When I finished high school, I was leaning towards Fine Arts but my parents felt I should do something a bit more ‘practical’ with my creativity, so I completed a Bachelor of Design majoring in Visual Communications. As a result, I think I’ve been able to develop a painting style that is quite individual. It mixes influences from my background in graphics with techniques I’ve discovered through trial and error.” 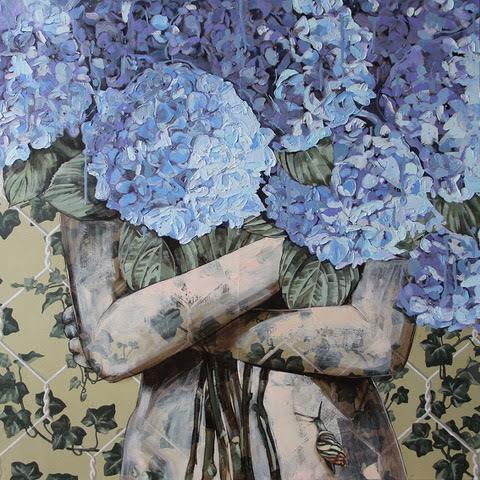 Now based in Sydney, her days are spent working in a studio in the beachside suburb of Manly. And the days are long and busy at the moment, with Jessica preparing for two shows opening this September. “I have a solo show opening at Sogo Gallery in Yokohama City, Japan and I am also exhibiting in a duo show locally at Sydney Road Gallery (September 7-to-24) with fellow painter Fiona Chandler. It’s going to be bursting with springtime florals.”

Jessica’s artworks are available as originals and prints. She also does commissions. 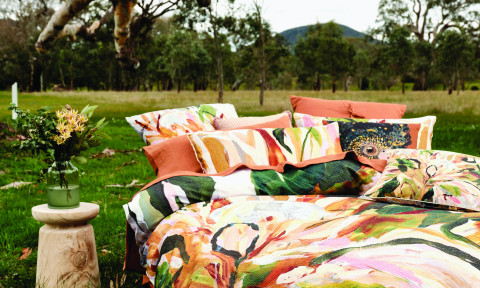