The gaping hole that The Block left in my life has officially been filled, with last night seeing the premiere of the second series of House Rules.

The episode got straight into the renovations, with the first house on the chopping block belonging to NSW couple Candy and Ryan.

“You can expect a lot of chaos in this first house,” host Johanna Griggs tells Interiors Addict. “It was funny but I found when shooting the contestants kept saying: ‘I can’t believe this is a week, we thought it was a TV week!’ They were really under the pump, even the ones with trade backgrounds; they just found it so overwhelming. It’s so far from their comfort zones.”

Straight up, there are a few differences in the show’s format compared to last year’s series, with Johanna saying they needed to throw a few curveballs, because all the teams had watched the first series: “They just arrived a bit savvier this year, so we had to mix it up a bit. I think the biggest change you’ll see will be at judging time, as this series we have the judges in the studio. We just found last year that because the contestants never saw them face-to-face, it was very easy for them to dismiss the judges’ comments. But this time round they’re standing two metres away and that adds a really interesting dimension.”

Johanna in her own right is quite the renovation expert, running a construction company with builder husband Todd Huggins, and of course hosting Better Homes and Gardens, but she still doesn’t fancy herself as a House Rules contestant. “I think it’s a brilliant concept and I love that no one goes home a loser but I could not do it,” she says. “My husband and I would kill each other on camera! We wouldn’t make the 7.30pm time slot, we wouldn’t be allowed, our language would deteriorate too quickly!”

Even though Johanna and her husband work well together in the real world, she is quick to say that the show is nothing like a traditional construction site: “It’s not a normal building site, it’s everything exaggerated a thousand fold. You’re condensing a three-to-six month renovation into one. You’ve got 50 tradies on site, five other teams, you’ve got cameras in your face and you have one week where you have to get all your supplies, all your furnishings, everything delivered and all your tradies organised.”

With the next episode on tonight at 8pm, I’m looking forward to seeing what happens next. I’ve already found a favourite in Adam. That man is just so smiley, but only time will tell if he and partner Lisa are a good prediction for winners. 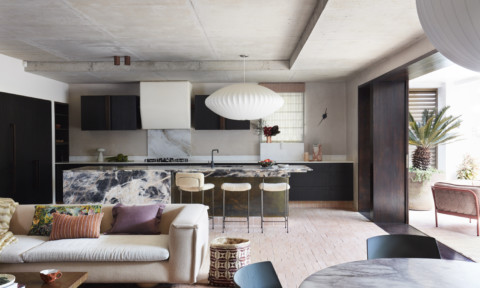 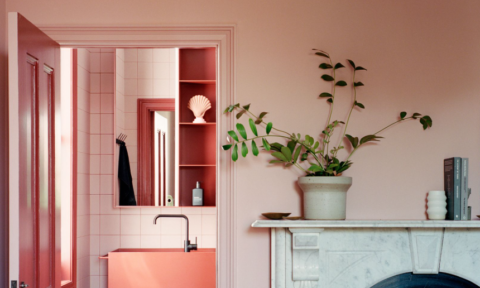