After eight years of styling homes to sell, Melbourne interior stylist Kylie Tyrrell decided she would much rather style spaces to live. “If I had to dress one more bed with white linen, I was going to die a slow death!” says Kylie. No longer a property stylist, Kylie is relishing the new direction her business Goldchalk Styling has organically taken of late.

“I get to use colour, which I love, and I feel I can show off a client’s personality rather than rolling out cookie cutter fit-outs, over and over again,” says Kylie who has certainly embraced the rainbow in her newly renovated Melbourne ‘forever’ home.

Kylie’s first contact with her new home was when she styled it for sale five years ago. And while she loved it, it was not quite right for her family at the time (she had three young children and the house is multi-level). Unsurprisingly she was thrilled when it eventually returned to the market.

“We had fully renovated our previous home and were thinking of extending or moving. As a busy family of five, we were seriously running out of space,” says Kylie who quickly snapped up the home after viewing it and falling for it all over again.

Within ten weeks, the home had new flooring, new paint and a brand-new entertainers’ kitchen. “It was a dream to renovate and style a home that truly reflected me – a blank canvas really!” says Kylie.

When it comes to styling tips, Kylie is a huge believer in art’s ability to transform a room. In fact, Kylie believes it’s better to hang something up rather than nothing at all. “So often I see people afraid to hang art on freshly painted walls, or couples not agreeing on art. People waste so much time trying to choose the right art, and then fail to choose anything at all,” says Kylie who believes art is about adding to the overall look of a room, rather than the individual piece itself.

“It’s about hanging it in unexpected places, or off centre, to create interest. I often choose the art for a room before the furnishings,” says Kylie.

And as it has been for many others, the recent Melbourne lockdown measures have really made Kylie appreciate her home and its styling. “It was always our safe haven but now it’s so much more. It’s our shared office space, classroom, a place to gather for meals, a place to escape and recharge — it really has become everything,” says Kylie.

Ultimately though, Kylie sees interior styling as the icing on the proverbial that can make a huge difference to the way that you feel and connect with a home. “It’s the one place where you can show off who you are without reservation.” 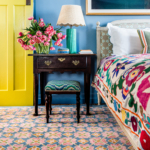 Anna Spiro’s first rug range is a riot of colour and pattern
Long time readers will know I’m a big Anna Spiro fan so I’m LOVING her debut rug range with Designer Rugs. If there was ever a time we all needed…
Facebook0Pin00Email0Tweet0 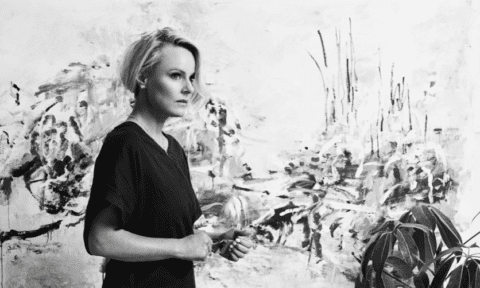 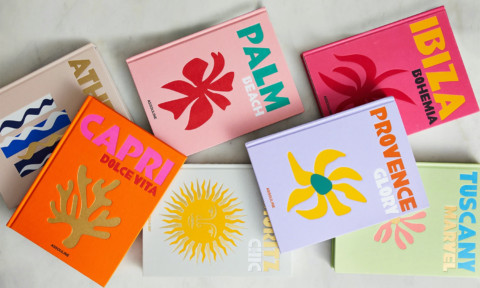 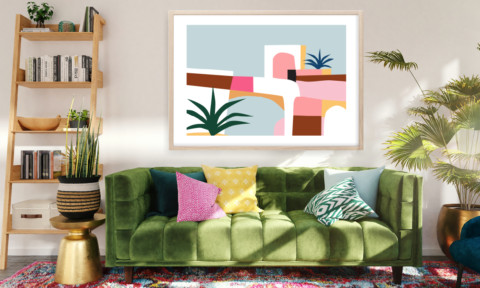 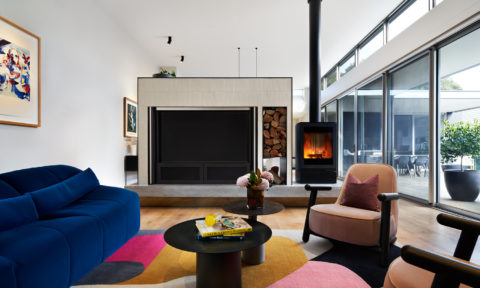