With The Block Triple Threat starting tonight, we spoke to friend of Interiors Addict and judge Darren Palmer about the reality behind the scenes and his exciting business growth and personal reno plans for 2015.

We’re on the edge of our seats waiting for the The Block to start again tonight, and what better time to catch up with our old friend Darren for a chat about all the important issues (like facial hair, alleged fixes and bringing back former contestants)? I asked him to throw some light on just how last-minute some of the filming is, and why the judges really don’t know much about the contestants until we do. “The auction really is almost live. They need to film it and then edit it but by the time they are finished cutting it together it is on air. It’s a very quick turn around. The “on the couch” segments with Shaynna and Neale are filmed before and during when The Block is on air but with the renovation part of the show, the main Block, there’s a lot of footage that needs to be edited and cut together so they need the time to get the job right so it films prior to being on air.” 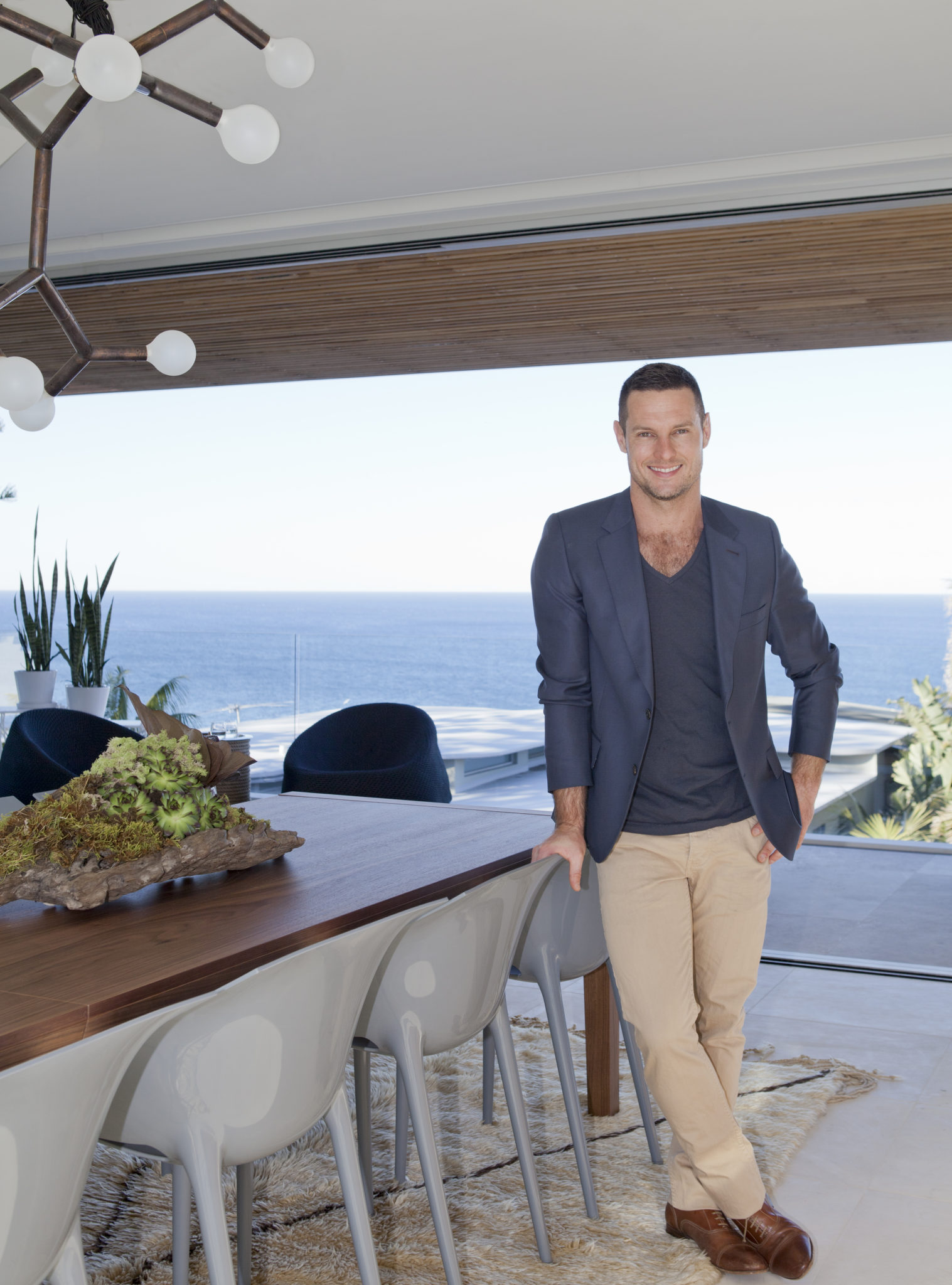 Despite calls of “fix!” Darren (and Shaynna) maintain it just isn’t the case. “There are no fixes,” Darren confirms. “We don’t actually get to know the contestants until we see them on the TV and we see their personalities and the drama that unfolds, as well as some of the less than kind things some of them have had to say about us! (That must hurt!) Of course, we have returning contestants this year so we have had some exposure to them but the rooms are what we judge, not the people otherwise it’d just be a popularity contest. The audience have favourites but the judges don’t. It’s a matter of whether it’s a good room or not and who did the best job out of all of the contestants. Keeps the job as simple as it can be.”

There was never any question of the judging trio changing according to Darren. “We’re a team and we work super well together. We respect each other and our opinions on things and we all have different experiences and expertise. We have a differing point of view on aesthetic things and the judging process which is why it works. I personally love it when we don’t agree. A good bit of argy-bargy is good viewing and I like giving Shaynna and Neale an opportunity to change my mind. I don’t usually have very fixed ideas on things and am happy to try on another point of view to see how it fits before I settle on an opinion.”

And while being the show’s resident Mr Nice Guy is all well and good, we love a bit of a strong opinion here at Interiors Addict! “You’ll see a bit more of cranky Daz, I think. There’s a few instances where my empathy drops a touch perhaps but all in all, I try to give feedback and help rather than criticism. There are a few truly disappointing moments which make me take off my good cop hat, but I try to put myself in their shoes and look at it with an objective, helpful view rather than a critical, discouraging one.”

Darren’s very happy to see Bec and George, Matt and Kim and Dee and Darren return this series. “I wish they all could go through but alas, that’s not to be.” Rumour has it that it will only be an episode or two before three previous contestant couples become one.

This series’ development in Melbourne’s ritzy South Yarra is smaller in scale to Glasshouse so Darren says it feels a bit more like the Blocks of old. “The real estate though is among the most expensive that The Block has seen, so whilst the spaces are slightly more modest in scale, the finish level and sophistication has to be at a level that will appeal to a luxury market. It’s a tough brief and there are the same constraints as always; seven days a week, finite budgets and huge expectations. I’m happier to be on this side of the judging table that’s for sure!”

Like us, seeing the final room reveals is his favourite part. “That’s what I love about my job and the industry in general and The Block is just the same. I really love walking through the spaces and seeing how the couples have interpreted the brief and the market. Sometimes, especially earlier in the competition, the couples haven’t really thought about the brief at all or completed any due diligence on the market. That shows pretty swiftly so when I’ve had a chance to give feedback to the contestants it’s almost always “define your brief and research the market”!”

What’s hard is when all the couples do a brilliant job and the difference between first and second can be a simple omission or error resulting in half a point. “It’s equally hard if all the couples but one do a fairly average job. I never want to be the one that discourages them as I know, first hand, how hard the competition is. But when it comes to my integrity as a professional assessing these spaces, I have to call it as I see it. If something has faults, errors, issues with finish or planning or whatever the case may be, I can’t say it’s great. If the contestants find issues that I didn’t then it calls into question my judgement. So I’m assessing the spaces very closely and being very considered and mathematical, which can look harsh. And, as we all know, I like to think of myself as the nice judge!”

Down to important issues: will Darren be keeping his more rugged facial hair look for this series?

“After you said that I should keep the beard Jen, I’d be mad to get rid of it, wouldn’t I? No, there are a few weeks where I’m a bit light on with the facial hair — one week after a James Bond costume party where I’m freshly shaved — the first time in probably four years! My son actually said that I looked handsome but like another man! Another man that’s five years younger in my opinion, but Jen, if you think the beard adds to the appeal I’ll be keeping it. You’re the voice of my fan base after all!”

Glad to hear it!

Sales of Darren’s book, Easy Luxury, are going well, with it going into reprint before Christmas. He’s in discussion for the next one, but we won’t see it until next year due to his hectic schedule in 2015. “We’re shooting and I’ve pitched the idea and it’s been taken up, so it’s just a matter of tying up the deal, delivering the copy and shooting everything required around all of the other things I have cooking at the moment.”

For the same reasons, Darren’s scaled back his renovation plans for his own home, so he can continue living there while the project is completed. He eventually has his eye on a probable move back to the beach. “It’s also keeping more of the original structure intact and we can live through it and it will realise more profit with less expenditure which is the goal. I’ll probably follow this project very closely with images and videos and things so I can tell the story more clearly as it unfolds. Watch this space. I’m also doing up my beach house for the purpose of renting it to a designer market. Both of these projects I’m really looking forward to but it’s a bit like a cobbler’s shoe or the plumber’s tap!”

From a business perspective, things are looking distinctly impressive too, employing a righthand woman to help him keep his hectic schedule in check, moving into an office in Woollahra and writing a new monthly column for Australian House & Garden.

“The office is the sort of place that I saw my business occupying in my head for years — soaring ceilings, oak floors (from my range of flooring for Carpet Court, no less!), six huge arched windows and space all to ourselves. It’s really exciting. Perhaps when I get it looking perfect I’ll let you all see it.”

So, in short, Darren’s keeping the facial hair and he’s still going to be the good cop really. We wouldn’t have it any other way!

Tune into The Block Triple Threat at 7.30pm tonight on Nine.

Read all our Block latest.