Built in 1930, this inner-west Melbourne cottage was renovated recently by the architect Jos Tan. And while the home’s owner initially wanted to demolish the rear of the home and build anew, budget constraints meant the existing brick structure was used instead with a fabulous result.

“As an alternative to a demolition, we proposed retaining most of the existing brick structure, demolishing the internal walls, and building a small extension out to the side. This saved money in new structure and roofing while still allowing the entire back section to be reconfigured,” says Jos.

“Basically, we found a way to create the required functional areas by staying within the existing building shell and designing a compact little addition rather than demolishing and building anew,” says Jos who had a tiny space to work with – the cottage sits on just 157 square metres of real estate.

At just 1.2 metres wide, the smallest part of the renovation is the bathroom. “The bathroom feels surprisingly generous for such a narrow space because the vanity and fixtures have been placed in the alcoves left by the former door openings. This maximised usable space and created a nice feeling of depth, while also hinting at the history of the house and what used to be there,” says Jos.

“There was only a bit over 1.4m to work with between the external brick wall and boundary to fit in a new bathroom. After taking wall thickness and finishes into account, we were left with less than 1.2m which is a skinny bathroom!” says Jos. The new bathroom also hides a concealed laundry.

The compact kitchen is another impressive design feat and it opens out onto the outdoors making it an ideal entertaining space. “The brief from the owner, a keen cook, was to create a new kitchen and dining area that could entertain a large gathering and open up to the backyard,” says Jos.

At a cost of $160,000, Jos is happy with the result, given the budget and space constraints. “The fact that retaining the shell of the building proved to be a successful strategy, and that we managed to get so much amenity out of such a small area is great. I also like how we retained some memory of the old house, and maintained the home’s visual and physical connection with its twin next door by not simply knocking down the back section and putting something entirely new in its place.” 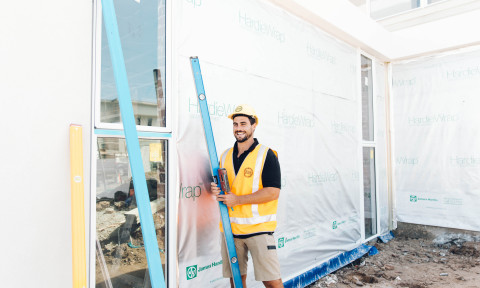 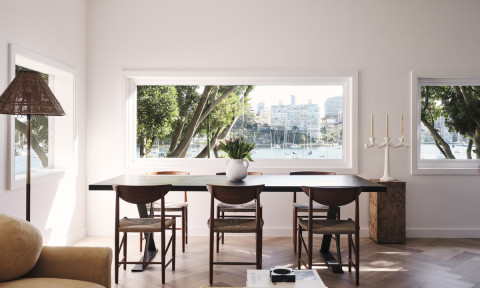