After working in oncology for 15 years, Yolanda Aarons decided to scratch the renovation itch via a home in Melbourne’s Northcote that was in dire need of an overhaul. After considering demolition, Yolanda decided to peel back the ugly 1980s era layers and found a gem of an original 1920’s Edwardian home underneath, along with photos and original period features that had been hidden for decades.

“One by one the old wire cut mission brown bricks were removed, to reveal the original rough cast render which has since been restored based upon historical photos obtained through council and state library archives, ancestry and the local photographer David Wadelton,” says Yolanda.

Sitting on a generous 650 square metre parcel of land, with a north-facing rear and city skyline views, the home clearly had potential. “Unfortunately, the house had fallen into a state of disrepair after decades of neglect and thus was earmarked for demolition. However, once we began the strip out, we unearthed details that had been hidden for years, including photos, original period features and the original façade,” says Yolanda, a member of The BuildHer Collective.

At that point, the demolition plans were put on hold, Yolanda consulted the architect Michael Bellemo, and the decision was made to undertake a full restoration with his assistance and local builder, The Building Chapter.

“The brief was to create a family home, with a hint of drama,” says Yolanda. This was relatively easy to achieve at the front of the home, where the original ceilings were 3.3 metres high and this part of the home now houses the master bedroom (complete with original ornamental fireplace), adjoining ensuite and walk-in robe.

There are two other bedrooms in the original part of the house as well as a main bathroom. “All the bedrooms are painted in sage greens and earthy whites which make the space feel calm and authentic. They’re made to look very different to most homes that aren’t brave enough to explore colour,” says Yolanda who used the organic green tone Dulux Sicily Sea, to great effect.

The sense of drama continues at the rear of the home where the new extension sports a raked ceiling that reaches nine metres in height above the dining table. The nearby kitchen is one of the standout spaces courtesy of its curved marble island bench, with brass shadow line detail. That gorgeous element is echoed throughout the custom joinery and nearby hallway architrave.

Another unique feature, the staircase appears to ‘float’ in mid-air. “I love it because not only does the fluted glass balustrade allow light to penetrate into the middle of the house from the large window above, but the folded white steel makes it look more like a sculpture than a staircase,” says Yolanda.

The second floor was designed as a self-contained suite, with a study area, bathroom, second living area and bedroom that captures the city skyline. “There’s a mezzanine style opening that overlooks a large void to the dining area below and has spectacular views to the landscaped garden, pool and park to the rear of the property,” says Yolanda.

Triangular in shape, the bespoke pool was the biggest splurge of the renovation. “We intentionally limited the size as we didn’t want it to overwhelm the outdoor space but mirrored the triangular shape of the house to give it an extra special design element,” says Yolanda.

Yolanda is proud that she took the road less travelled, and decided to restore the property, instead of undertaking a standard knockdown and rebuild. “I often think to myself what would have happened to this house, if I wasn’t in charge of its future. Would it have been knocked down to be replaced by a subdivision? Would it have remained as an eyesore in its less than ideal mission brown state for years to come?”

Art Deco renovation the perfect blend of old and new for family living
When a builder builds their dream home, it’s always interesting to take a peek inside. Nestled within trees in a picturesque part of Wollongong, this home was originally built in…
FacebookPinEmailTweet 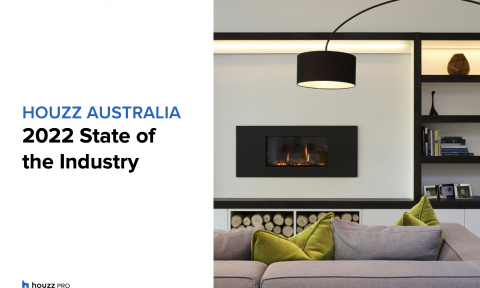 More jobs for design professionals according to Houzz report 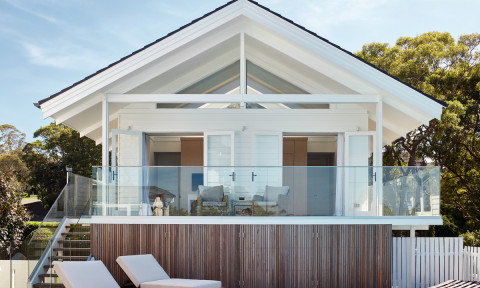 Granny flat, pool house or studio: whatever it is, it’s gorgeous!