How’s this for a bath? Regular readers will know I don’t have a bath in my apartment so I often suffer from bath envy. On Monday, when I had a tour of the magnificent new suites at Sydney’s Sebel Pier One, I found a new favourite dream bathroom. This one! Check. It. Out. Wow! Not a bad view either… 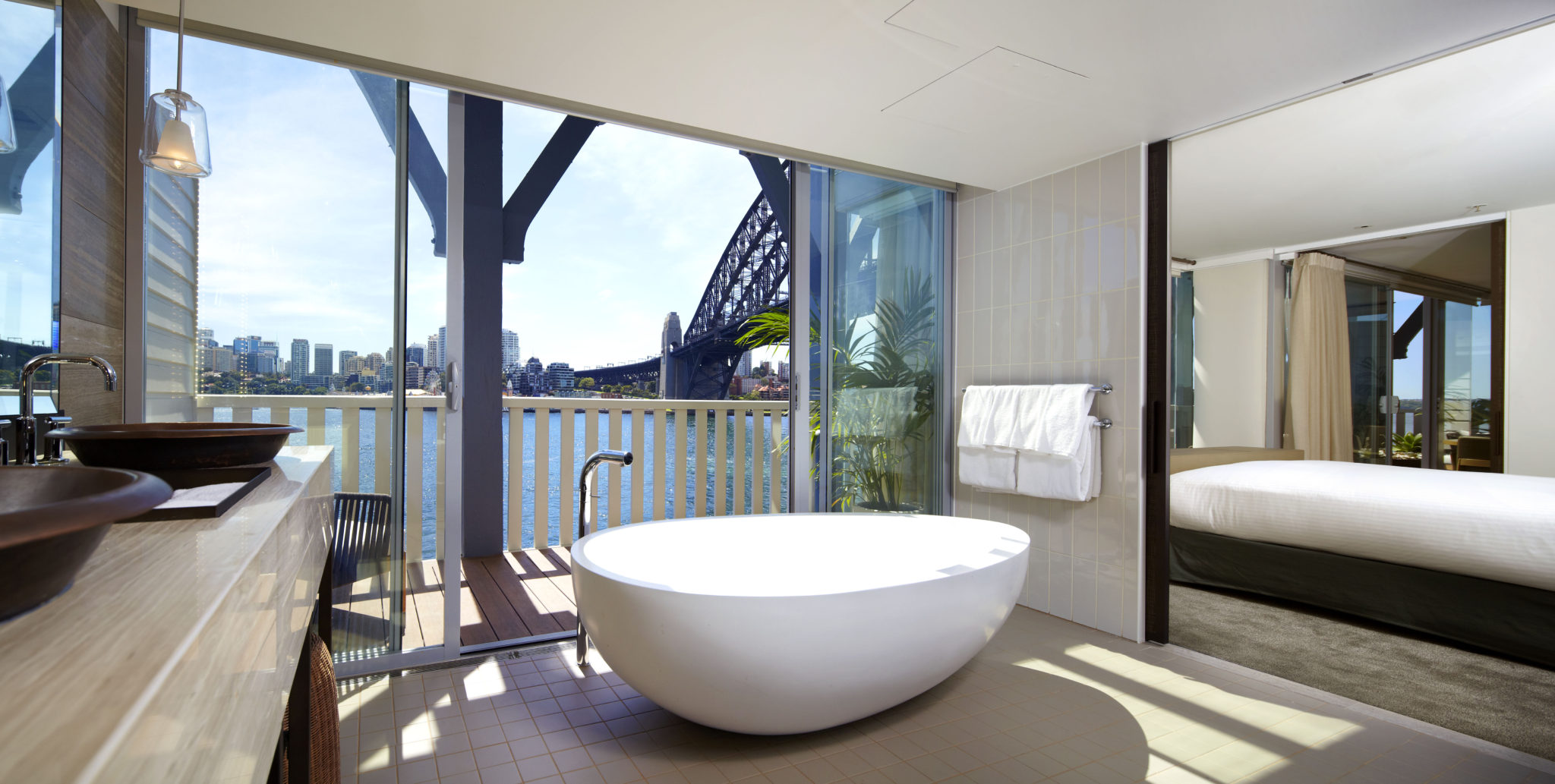 (When I had a bath I would often have two baths a day at weekends. I think it’s a Pom thing).

It was the first time I’d visited the hotel, built over the harbour at Walsh Bay. I loved its sense of history and boutique feel which gives the impression of a hotel smaller than its 189 rooms. The new suites, designed by Bates Smart Architects, boast unparalleled views across the water, taking in the Harbour Bridge, the Opera House and the famous smile of Luna Park.

Bates Smart introduced a fresh and contemporary palette with luxurious fixtures and fittings. Maximising the already generous space, the designers created bathrooms that seamlessly transition into the bedrooms. The raw woodwork of overhead beams in the three top-floor suites, part of the century-old architecture, was exposed. Associate director Brenton Smith said it was all about creating understated luxury while being sympathetic to the heritage building. He said they had to resist the temptation to be too flashy and to invest money where it needed to be spent.

On the floor below, four suites have very generous balconies, allowing guests to lounge outside, right on the harbour. The largest is a huge 40 metres squared space, jutting over the pier.

In the bathrooms, the decadent, standalone bath tubs, double brass bowl vanities and deluxe toiletries by Appelles Apothecary (I always check them out) give a feeling of luxury and relaxation. The new suites feature king size beds, a marble topped wet bar with Nespresso machine, marble topped desk, two flat screen TVs (one of which rises from the base of the bed (very schmick) and plenty more to make your stay something special. 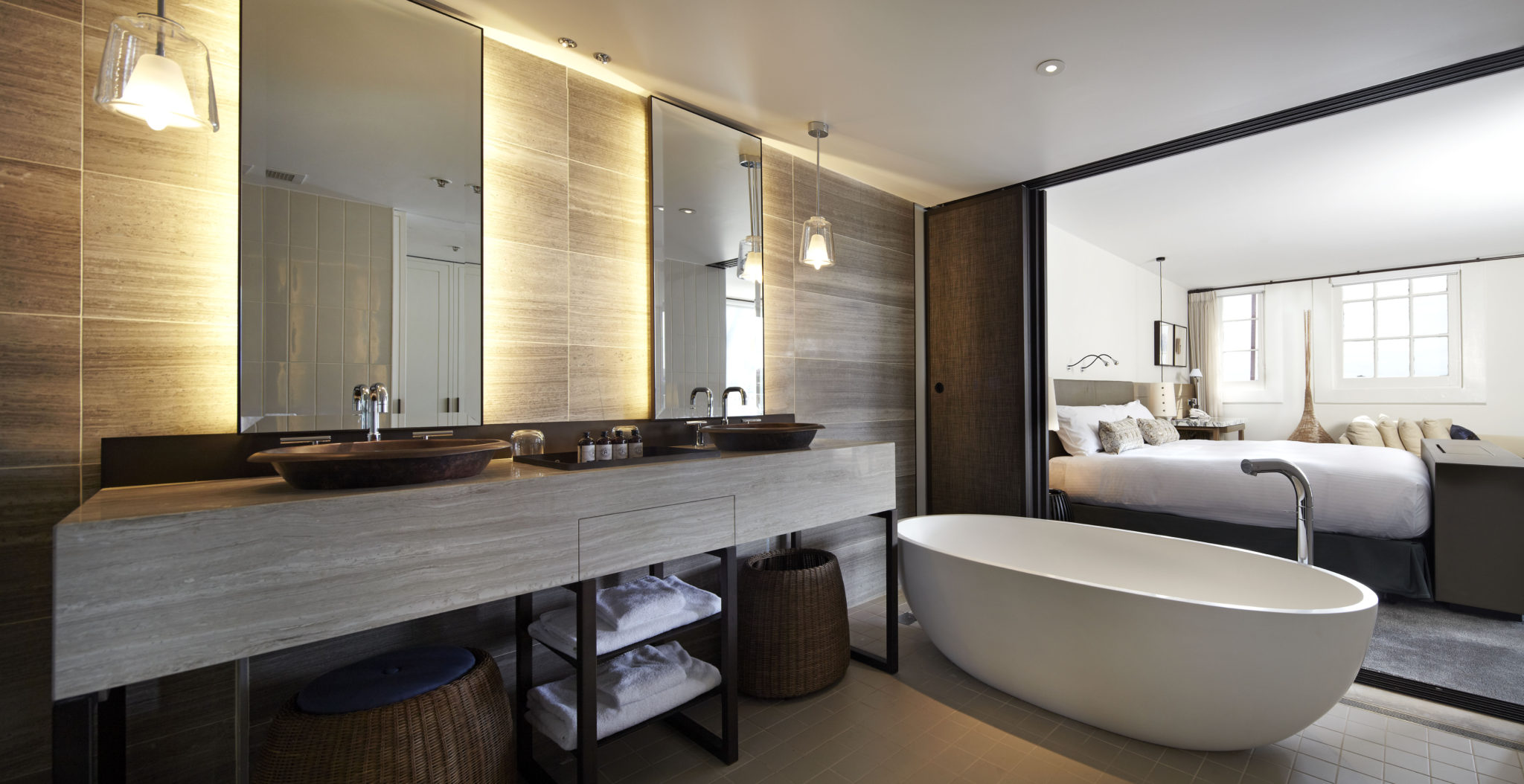 The crème de la crème is the Harbourview Balcony, where guests will feel like they’re floating on water, particularly from the deep-set bathtub, from which you can look out at the Harbour Bridge. I want to stay here on my wedding night but at $3,000 a night and with a budget already busting at the seams, never gonna happen! A girl’s got to dream though! With the hotel’s prime harbour frontage, if you are the kind of person with $3,000 a night to spare, you can arrive by yacht via the hotel’s private pontoon.

Pier One was constructed in 1912 and was used by P&O Cruises as a passenger terminal until 1977. From the late 70s to early 90s, the pier was in disuse until it was restored and redeveloped into an innovative hotel, opening in 1999. 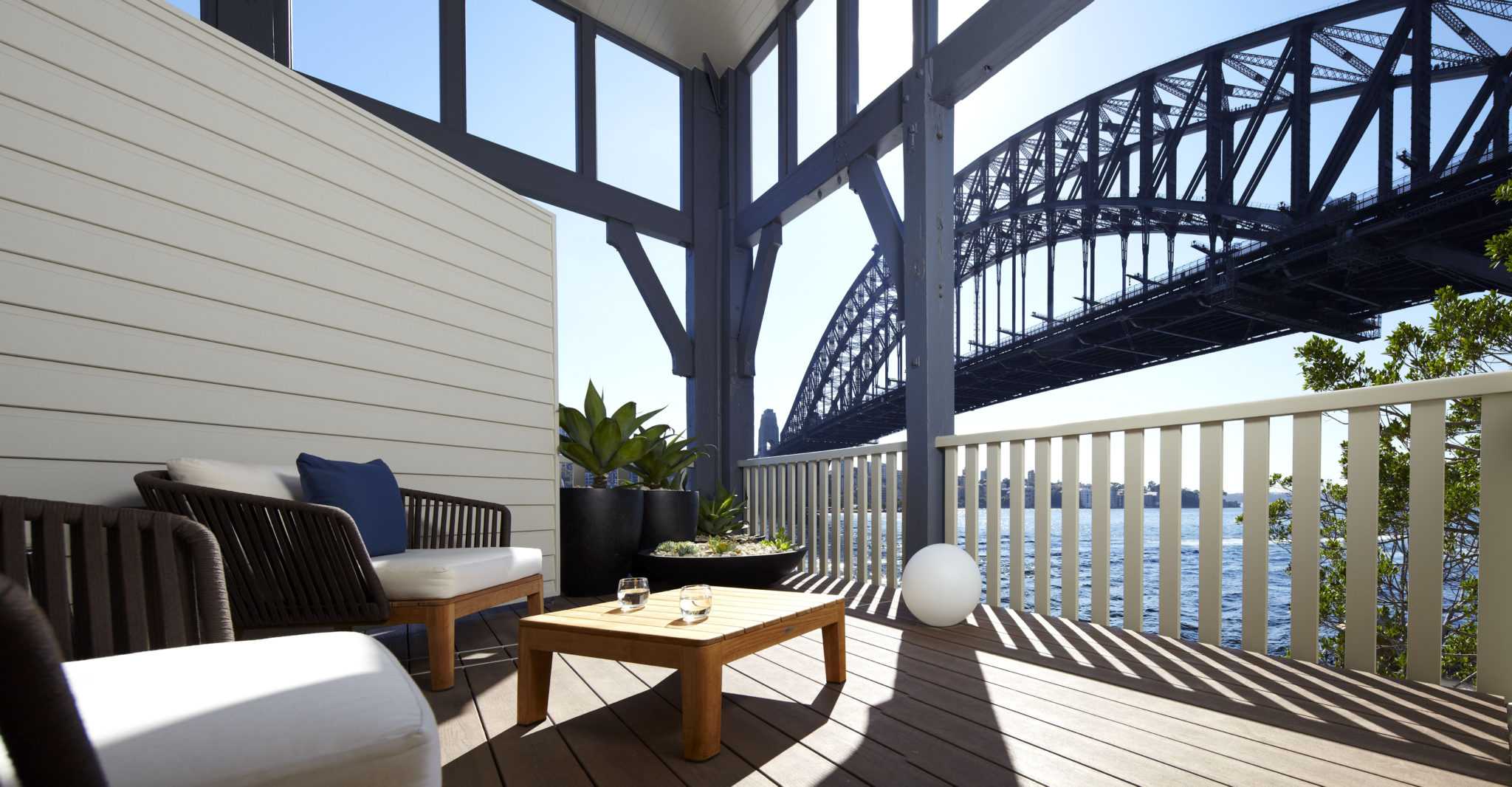 Owner Robert Magid of TMG Developments, who was at Monday’s event, says the completion of the suites brings a period of extensive refurbishments to the hotel to a close and the beginning of an exciting new chapter for the property. “Despite its world famous harbour, Sydney had only a handful of hotels that offer accommodation right on the water and in our case, actually over it, let alone in a building with a century of history behind it. The new premium suites at The Sebel Pier One offer guests the chance to experience the finest views and experiences the city has to offer in a luxurious space that will instantly make them feel at home with its sense of style and comfort.”

As well as the seven new suites, The Sebel Pier One has also created 22 new Waterside King and Heritage King rooms. Simon McGrath, CEO of Accor Hotels Australia, which manages the hotel, said: “There are no other suites in the city that resonate Sydney as much as the new balcony suites of The Sebel Pier One do.”

I have to agree.

What’s your favourite hotel in Sydney? Do you love a bath too?