You can get a look at Saskia Folk’s gorgeous home as well as her art when she exhibits where she lives as part of Melbourne Art Fair next week. 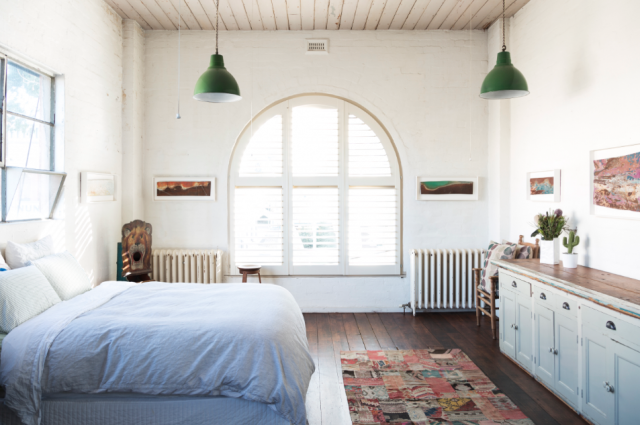 The artist, whose Melbourne home is a former shoe manufacturers which used to belong to well known stylist Lynda Gardener, has an interesting and well travelled background. In 2009, a unique job opportunity took her to the desert where she began work as a field officer for Papunya Tula Artists and spent time in Kintore (530km west of Alice Springs) and Kiwirrkurra (770km west, over the West Australian border). During her time driving through the desert, she passed numerous abandoned cars, observing the different stages of decay. These vehicles stood out from the landscape because of their vivid colours – blue, green, red and yellow – now rusty and decayed after time weathered by the desert, some for up to 60 years. 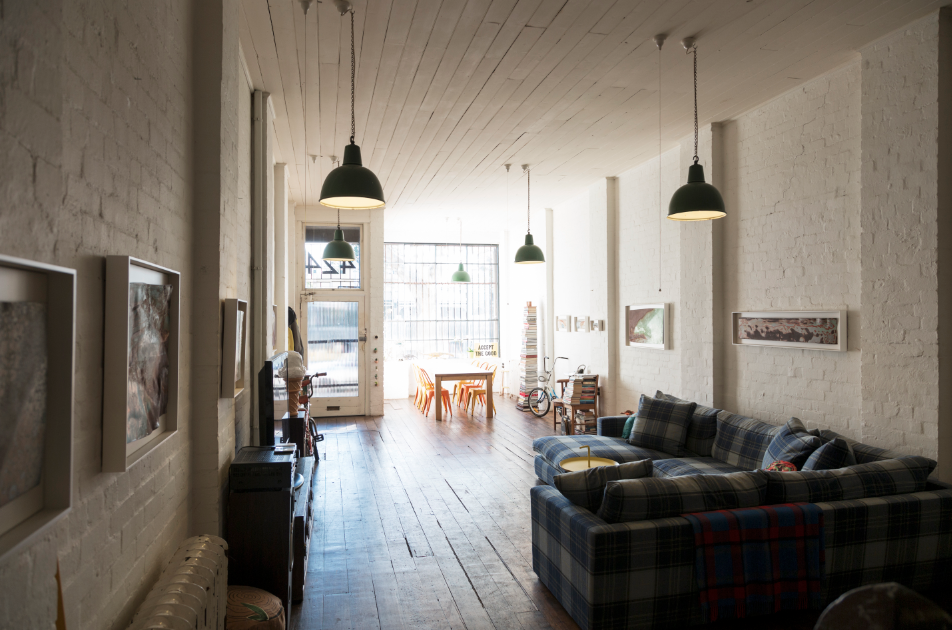 Fascinated by the colours and textures, dents and fractures of the abandoned cars, Saskia purchased a cordless angle grinder and began venturing out into the desert, returning with a Troupy full of different panels. Back in Alice Springs, they were cleaned and the edges buffed, ready to ship to Melbourne to be presented in open box frames. Saskia does not alter the surface of the works, the environment created the unique markings seen on each piece. 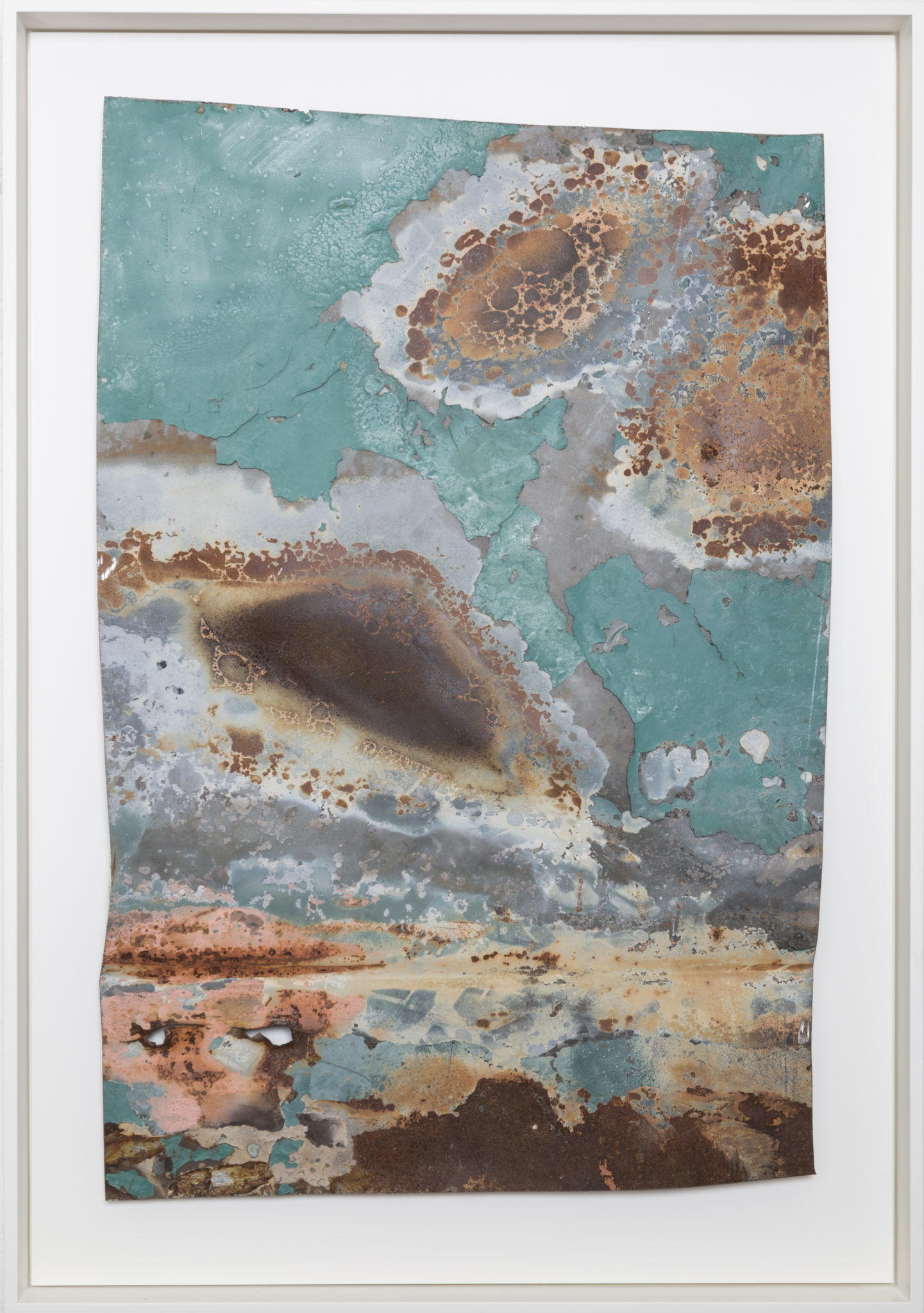 In 2011, Saskia selected a series of panels for a sellout show at Scott Livesey Galleries in Melbourne. This month, she will exhibit 38 more panels, of various sizes, throughout her two-storey open plan home in North Fitzroy. Viewings are by appointment from 13 to 17 August. 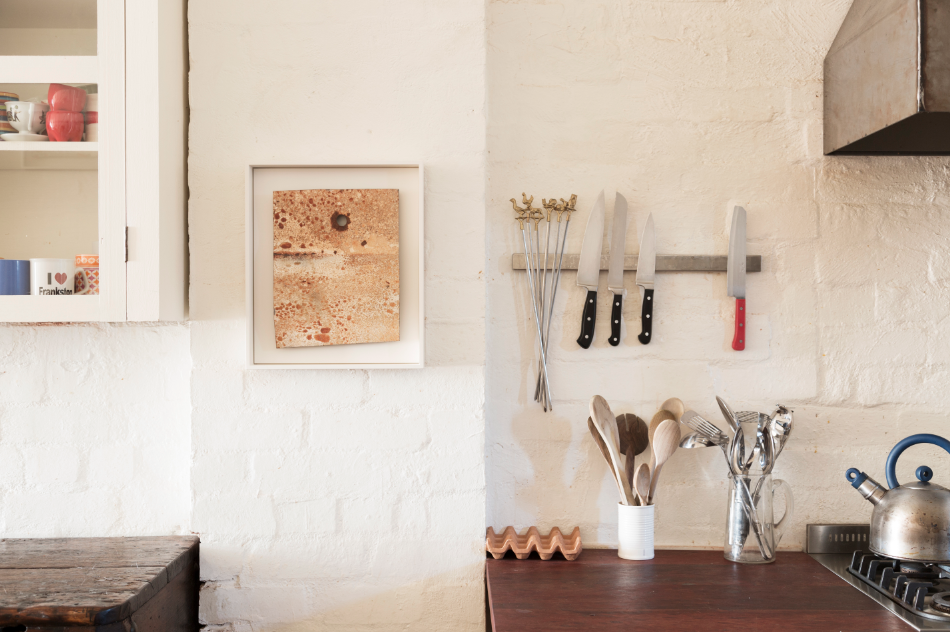 Set outside of the regular gallery environment – with works shown in her kitchen and living room, down hallways, upstairs and in bedrooms – she will also present the metal works with video projected on a wall, to give context to the panels and their origins in the desert. 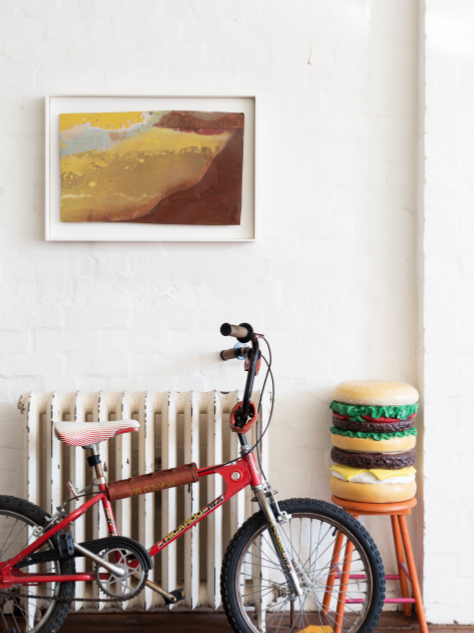 Melbourne born Saskia lives between Melbourne and Thora in New South Wales. She lived in Central Australia for two years and has returned a couple of times a year since. “The desert got under my skin, it holds a special place in my heart,” she says.

In September, she will return to Alice Springs, after raising money through a Pozible campaign, to take part in a three-week arts festival called Free BBQ Cash Giveaway. Using her trusty angle grinder, she’ll create a live public performance with local band Bat Hazzard, as well as holding an exhibition.

In 2015, Saskia plans to head to the US and drive through the desert states, looking for American cars to use for her artwork and then exhibit in New York, LA and Miami. “I like the idea of the panels staying in the country of origin, they are part of our history, like an artefact.”