We’ve had our eyes on the work of Melbourne artist Morgan Jamieson for quite some time. In fact we featured her all the way back in 2014! Her style is extremely memorable; fun, vibrant and clashing (in a good way). However, while florals have long been the subject of choice, Morgan’s latest collection has seen her mature, transitioning away from her once go-to technique of watercolour. “The series was created using a combination of acrylic and oil paints,” explains Morgan. “Working with oils was completely new to me — so it was very much an experiment! I’ve learned to love working with them, the colour is so much brighter and denser than that of acrylics so it was a nice balance.” 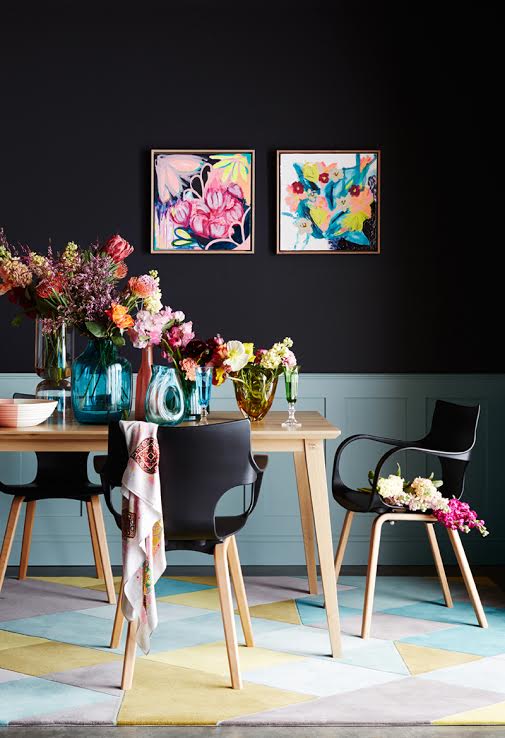 Heavily inspired by flowers, particularly dahlias, proteas, wattles, ranunculus and peonies, Morgan has also drawn inspiration from the intricate details of fabrics and patterns. “My latest series is bold, imperfect and experimental like actual living florals,” says Morgan. “The technique, mediums and colours have evolved from my previous collection. I think its important that the work is still recognisable as my own but equally as important to evolve from series to series.” 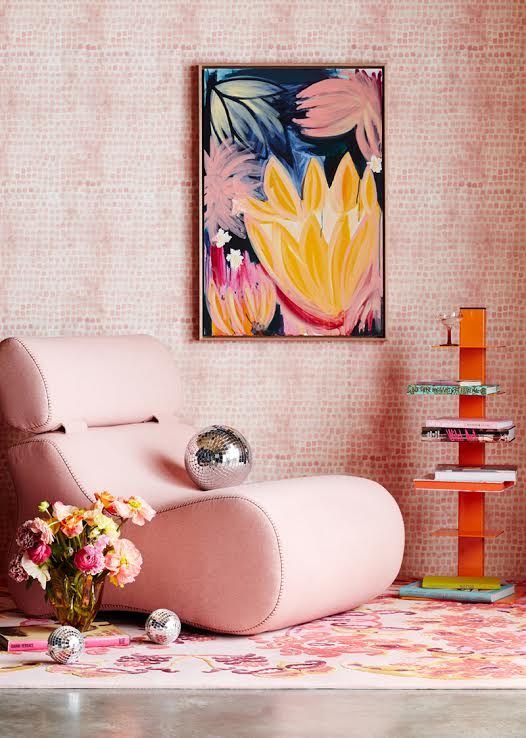 Morgan is kept busy. Working as a graphic designer for a boutique agency, she also runs a print and stationery label, Colour & Skulls. But earlier this year, Morgan added another string to her bow… becoming a mother. “The juggling act is going slowly! I timed it so that I could release this series just after Bass arrived and I am planning on getting back into the studio in December… watch this space.”

With the dream to hold a solo exhibition, that’s Morgan’s next goal. But for now, she’ll be having a much deserved break, with baby Bass in tow.

See more of Morgan’s work. Orders and commissions can be arranged via Greenhouse Interiors.