With one series under his belt, Keith’s righthand man and Block veteran, Dan Reilly is back. And he’s even been given a promotion… The Foreboy has become Foredan! 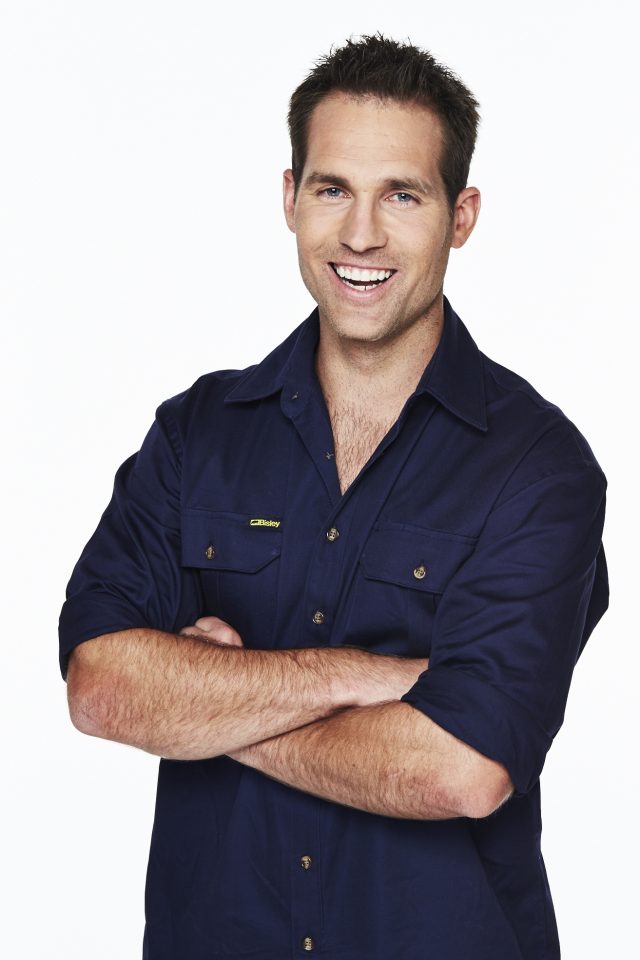 Now, I wouldn’t blame you for thinking Foredan (oh how that name makes me cringe!) would be one of those fake on-screen jobs; a lot of looking busy but in reality, doing nothing. Well, let me assure you that is not the case. In fact, while Dan found last series (Triple Threat) hard, this time, it’s on a whole different level.

“The Blocktagon is completely different to Triple Threat,” explains Dan. “Not only is the building double in height, has double the amount of demolition and triple the amount of structural steel, it also has an extra couple, going from eight contestants to 10. I didn’t think the extra couple would make a difference but it’s made a huge difference. It was another whole apartment Keith and I had to check on every hour of the day, whilst we had to look after all the site work.”

While last series saw Dan unsure how to navigate his relationship with the contestants, seeing as he’d “jumped ship to the other side!” This series, he has a lot more confidence. “I do feel the contestants are taking me more seriously this time around and it has become a lot easier to deal with them, especially at those awkward moments. Having experience has given not only myself, but Scott and Keith, a lot more confidence in my ability to do the role.”

Working on The Block day in day out, has also given Dan the inside scoop, so I had to ask if he had any favourite apartments. “I think being on the top end of the building will give those contestants a massive advantage come auction time. The views are second to none. All the talk at the moment is of apartment five (Shay and Dean). They do have great style and an eye for detail but don’t write off apartment four (Luke and Ebony) yet. They make a game-changing move with their apartment in the coming weeks.”

After the huge success of last year’s auctions, fingers are crossed for a similar result. But Dan won’t jump to any conclusions. “I hope this series is as successful as Triple Threat, but every series is very different. It’s a different building, a different location and who knows what the market will be like come auction time. I also think having that extra apartment up for sale could hurt them. Look back a few series ago at Glasshouse when there were five apartments: two apartments made a monster of cash, but that was it. The rest of then struggled to sell and made little over reserve. I hope that is not the case this series.”

When Dan’s not busy on The Block, he’s also got some personal projects, such as working with his partner and ex-Block contestant, Dani Wales. “Dani and I have launched our design and construction company, Red Door Project, which is really exciting. After I was a contestant on The Block, all I wanted to do was become a successful builder. Well I now have my licence and we have a business, so hopefully it will all go well!”

For more on The Block.
FacebookPinEmailTweet