All I can say is finally! After four weeks of being at the bottom end of the leaderboard, siblings Luke and Ebony managed to produce three beautiful rooms and get a score of 27.5! And while they didn’t win, coming second to Caro and Kingi on 28.5, it was so nice to see something finally go their way. Unfortunately, that can’t be said for all, with the triple room reveal of the study, powder room and laundry presenting Suzi and Vonni with their worse feedback yet. A score of 19.5 and some extremely harsh comments, it’ll be interesting to see where they go to from here. Onto the judges’ comments…

Scoring their second win in a row, this week the Queenslanders decided to mix things up; ditching the render and the graffiti for colour on the walls and patterned mosaic tiles in the powder room. And what a good decision that was!

Darren loved the colour in the study and Shaynna adored the shelves. All the judges agreed that the room had a wonderful industrial feel that wasn’t overly obvious or too in your face. 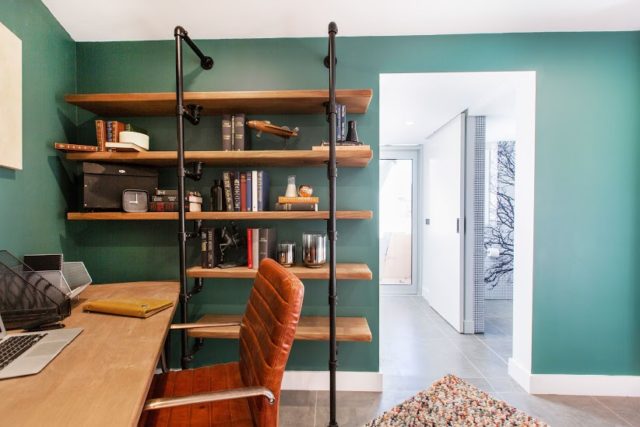 Onto the powder room and the mosaic tree, partnered with the simple tiles and colour palette got a huge tick. “I have not seen that before,” said Neale. Darren thought it was beautiful and Shaynna agreed: “This couple have the best eye!” 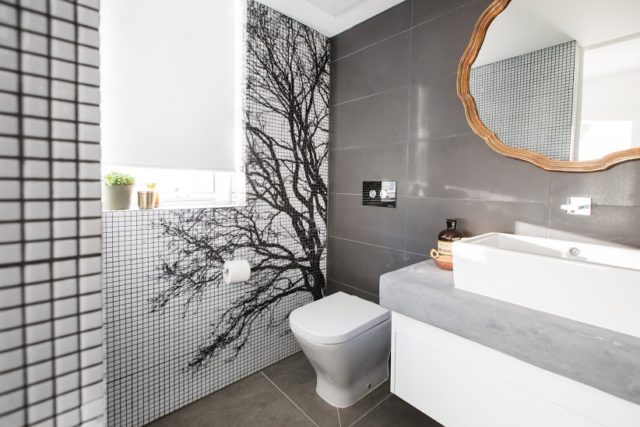 All the judges loved the size of the laundry and thought it was very well planned. “It’s all about space and functionality but it’s still good-looking,” said Neale. 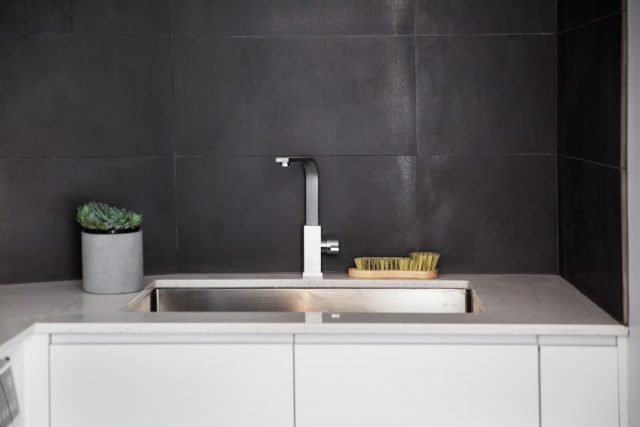 This week the reno newbies spent big on some controversial ideas, mainly render in the wet rooms and then of course the bidet! However, it was their most affordable room, the study, that got the highest praise.

“This is unexpectedly good,” said Darren upon entry. “Is that a really mean thing to say?!” All the judges thought the room was superb and the couple’s best to date. They loved the shelving, the made to order glass top desk and all the finishes. Neale thought there was a beautiful feeling of luxury in the room. 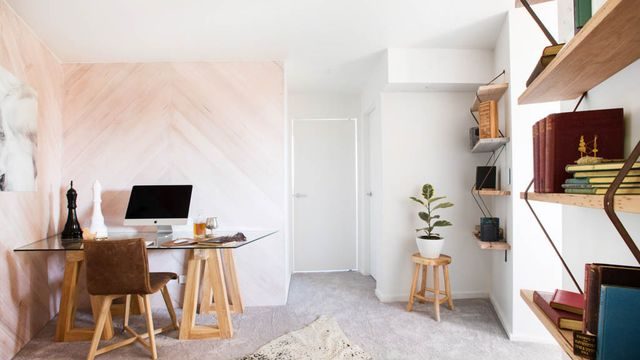 However, once in the powder room, the judges were a little dumbstruck. Everyone thought the bidet was a waste of space and too polarising for buyers. Darren really liked the rendered wall finish but thought it didn’t relate to the rest of the apartment. All the judges agreed it was a very different direction to the Scandi look in the study. “I feel like I’m in a different apartment standing in here,” said Shaynna. 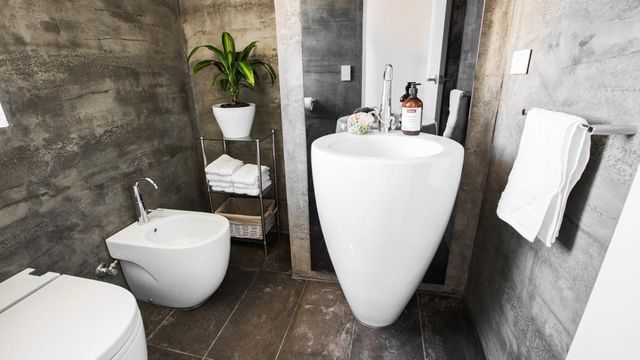 Into the laundry, it became obvious the study was the odd one out, with the laundry having the same rendered wall finish as the bathroom. Darren liked the tile choice and benchtop but Shaynna thought the room lacked detail. The judges’ overall advice: the three spaces are good but they don’t work together. So if they are going to move forward with one of the styles it must be the study. 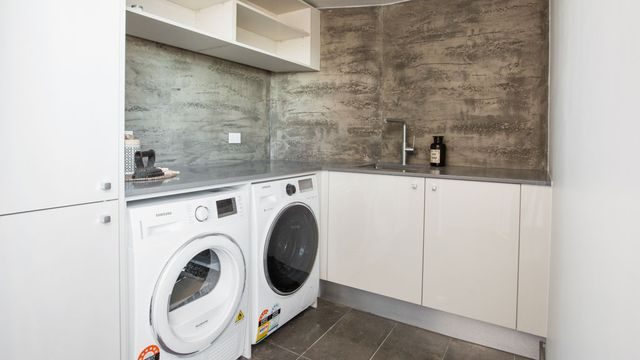 After two successful weeks at HQ, it all went rapidly downhill! With the judges believing this week, the friends were on the wrong side of Gold Coast glam!

“Back in the gentleman’s club,” said Neale upon entry. However, unlike the master bedroom that had a modern vibe, the judges thought this week the study looked old-fashioned and dated. “Everything in here looks uncomfortable and kind of cheap,” said Neale. Shaynna didn’t like the rug and Darren thought the room showed obvious signs of budget pressure. The judges’ general consensus: “Everything you can take out of here you should take out of here and start again.” Harsh! 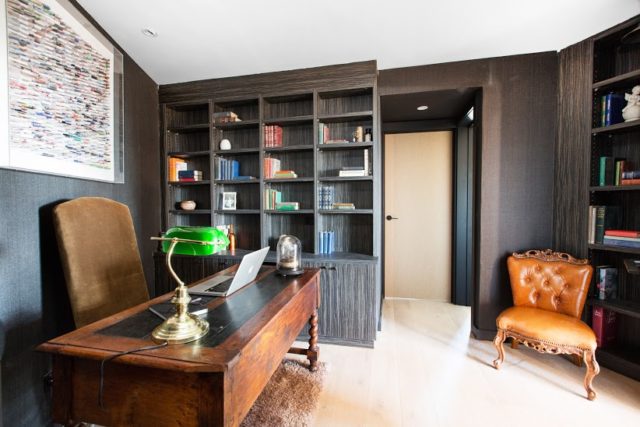 Into the bathroom and things didn’t get better. All eyes were on the inset chandelier. “This is just ridiculous,” said Shaynna. Neale thought it was horrendous and a sensory overload: “To put it simply it’s tacky and that’s not something I’ve thought up until now.” 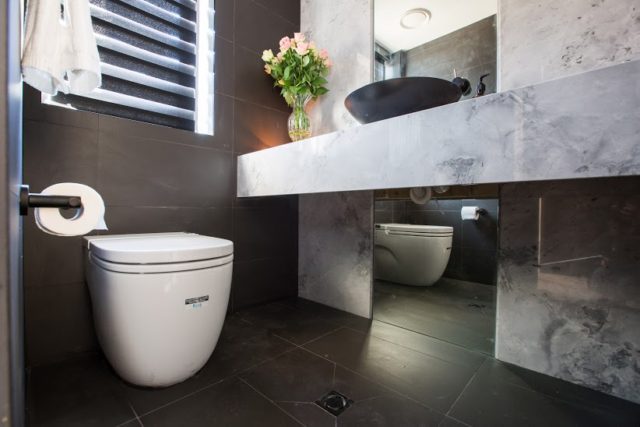 The judges were certainly relieved there was no chandelier in the laundry! In fact all the judges though it was a much more successful room, thanks to great appliances, shelving and benchtops. Yet the overarching problem was none of the rooms fitted together. “This is now country-style,” said Neale. “Whereas up until now this apartment has been very glamorous and contemporary. Where are we now?” Shaynna thought the rooms were clash upon clash upon clash: “I can’t remember the last time I saw three rooms that jarred so much.” 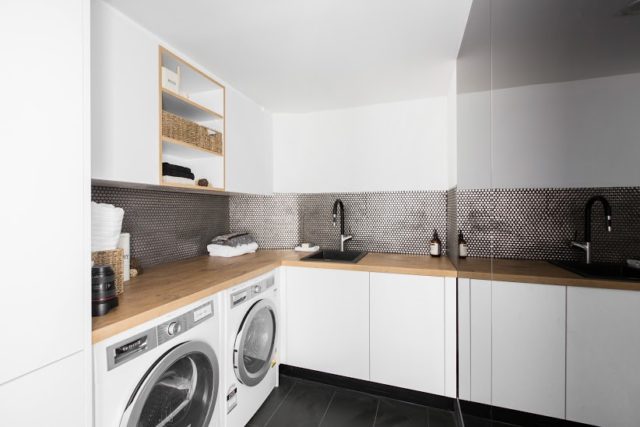 After four tough weeks, there were positive comments at last! Deciding to go back to basics and move two walls to change the room configuration, the siblings were finally in for some luck.

Upon entry, the judges were pleasantly surprised. “It’s a new direction,” said Neale. “A much better direction,” added Darren. Shaynna loved the colours, the flooring, the bench seat and the cabinetry. The judges applauded the contemporary style and recommended the duo go back through their bedrooms and implement the new look. 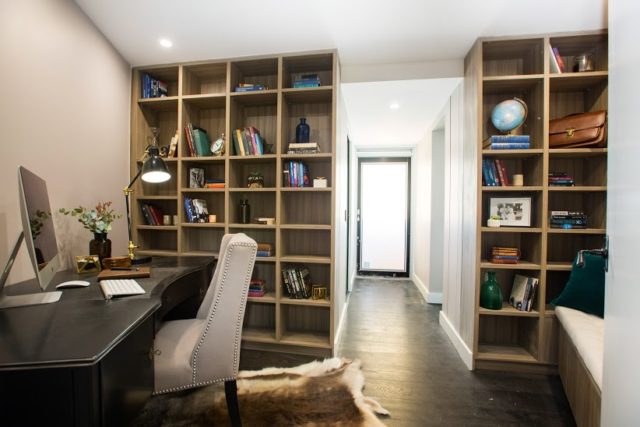 Into the powder room and the compliments continued. “I think this week represents a new beginning,” said Neale. Shaynna loved the glass door, but thought the execution was a bit dodgy. And Darren gave the cabinetry and tapware big ticks: “They’ve attempted something different and it’s worked.” 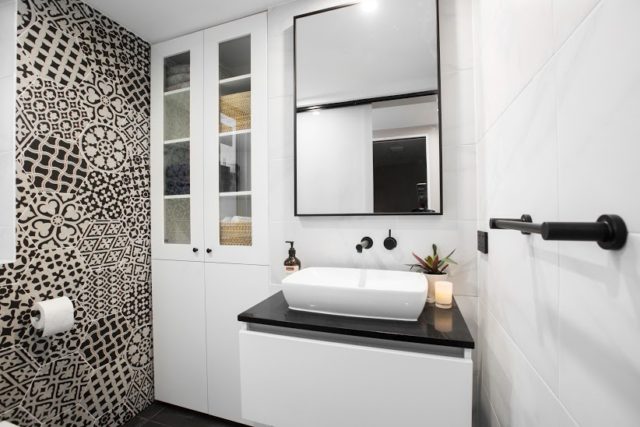 Finally the laundry, and the judges loved the different layout, which saw storage on both sides and a corridor in between. “This is very clever planning,” said Darren. “This is the first of the four laundries that thought outside the box.” Timeless, elegant and contemporary, all the judges agreed the new direction was something very marketable and buyer friendly. 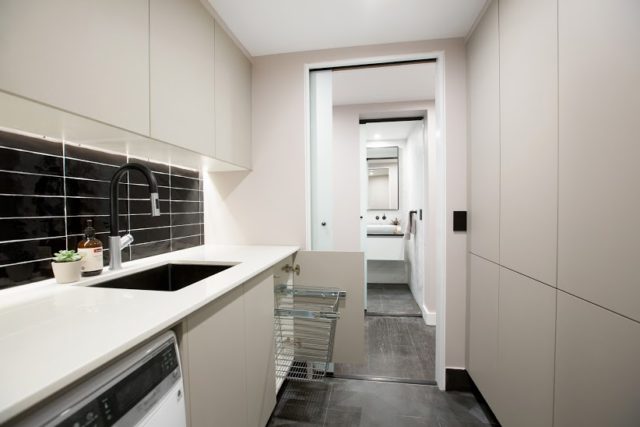 This week the penthouse team started to feel the budget pinch, but that didn’t stop them from spending big on a polished concrete floor and making the bold decision to take space away from the study to enlarge the kitchen.

“That floor is just unbelievable,” said Shaynna upon entry. “And it’s heated!” Darren loved it all and thought the attention to detail was mind-blowing. However, he did question where all the money was coming from! Everything got big ticks, though the wall colour did polarise the judges, with Darren a fan and Shaynna saying it reminded her of “mint crunch chocolate!” 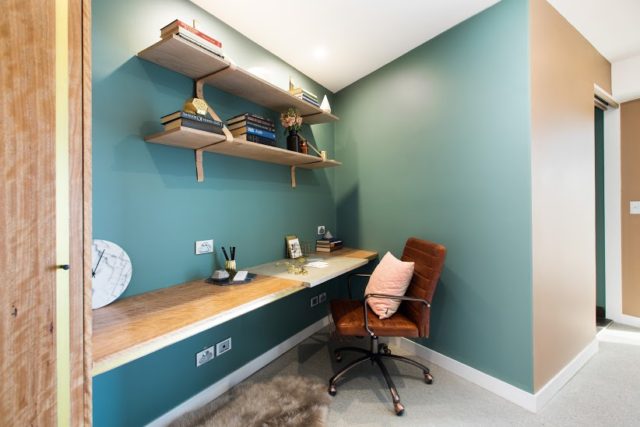 Into the powder room and Neale thought the floor tiles were beautiful and worked wonderfully with the marble. Shaynna loved the copper tapware and Darren thought all the textures, colours and finishes worked beautifully together: “There’s just the right amount of glamour in here.” 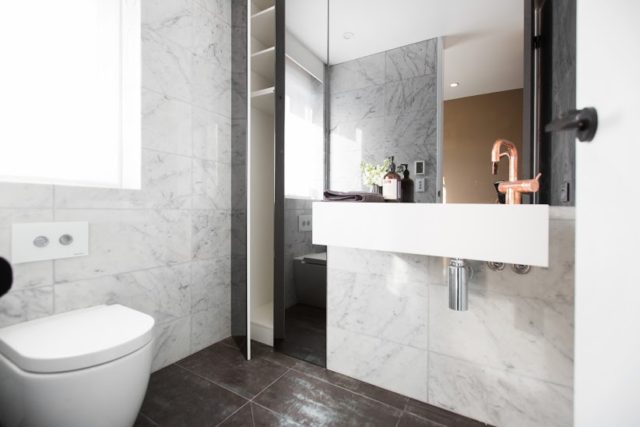 Finally into the laundry, but the reaction wasn’t as great. “There’s a lot going on in here,” said Darren. None of the judges liked the tiling and thought it made the harsh angles of the build look even worse. “It doesn’t have the same level of sophistication as the other rooms,” said Neale. 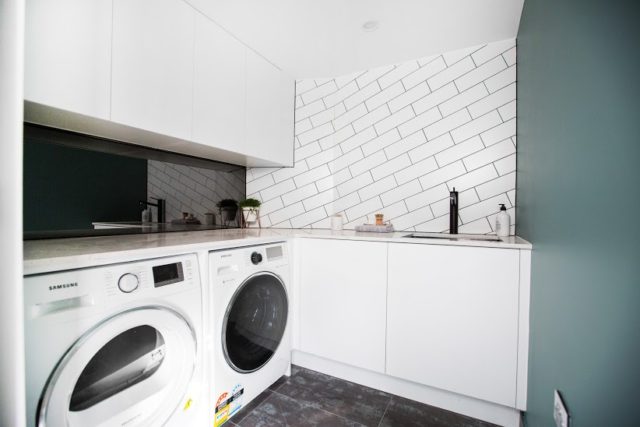