Simon Vos’ recently completed design project for coffee roasters Pablo & Rusty’s was an experience filled with many firsts. Not only was it his first project as a primary builder, it was his first time working under his new business VOSA, and his first time (post their win on The Block Glasshouse) working without brother Shannon (well… almost!).

“I did get Shannon to help me with the painting,” explains Simon. “I honestly think he’s the best painter around. I also tore all my ligaments in my leg on the very last day, so he came in and got the job done!” 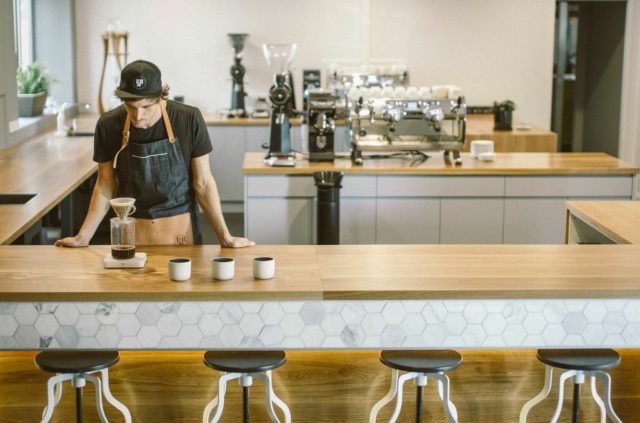 Creating an industry unique training bar for baristas and wholesale clients, Simon, with the help of owner Saxon Wright, designed and built almost everything at the roastery in Sydney’s North Ryde. “We designed everything down to the colours and the timber finish,” says Simon. “I built a lot of the walls, plastered myself, did the plumbing and the insulation. I’m fairly confident when it comes to different trades. Apart from electrical, I’ll give everything a go.” 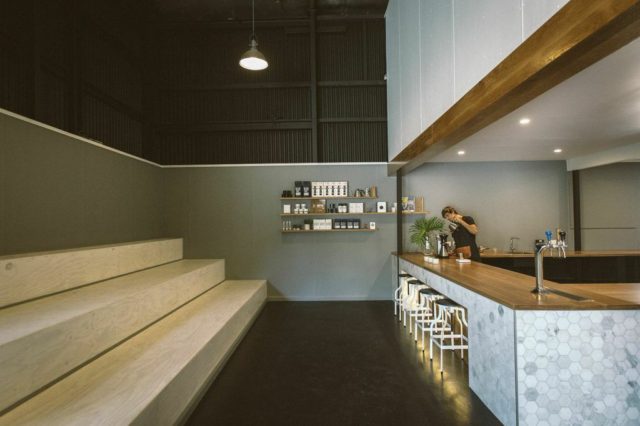 [contextly_sidebar id=”Dh9RDGJCtMRsqEVrAMnBU0vW7PVFaiOp”]With Shannon having taken the design lead while the brothers were on The Block, this project marked Simon’s first time as head designer, and he was eager to impress his client, himself, and almost most importantly, his brother! “I was a bit nervous coming into it because Shannon normally had the last say when it came to colours and finishes. But this time around I wanted to prove to Shannon that I could do it! Also, as this was my first job, I knew if I stuffed up badly I wouldn’t be getting anymore work. But luckily Saxon gave me the reins (he was probably a bit nervous as well!) and it all ended well.” 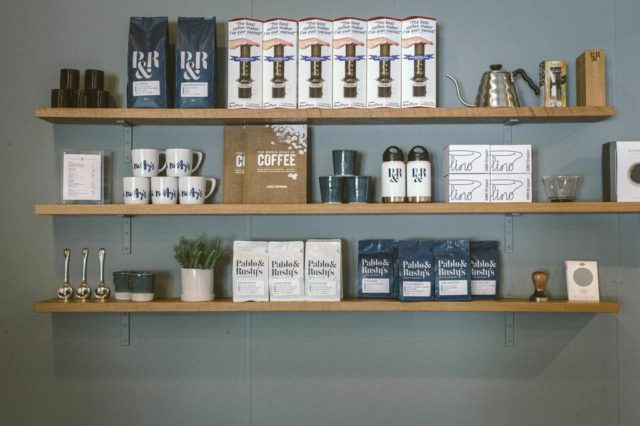 With VOSA offering the “whole hog,” Simon is happy to be the resident designer on projects or work alongside a designer of the client’s choice. He is also keen to work more with his brother outside of VOSA, though he’s a bit coy when it comes to specifics. “I can’t really say anything about our upcoming projects! We’re doing something with Listerine that’s going to take up most of our time and also most likely doing our own TV show. I’d love to put these projects with Shannon first before my own personal adventures, we just work really well together and we have a lot of fun.”

However, before any of those projects get underway, it’s time for a long overdue surf trip with Block builder, Moz (The Block fanatics will remember the boys promised to take their trusty righthand man on a much deserved trip after their win!). “We’re all so excited to finally be doing the trip. We all had a spare two weeks so we booked Moz a business class ticket and we’re off Monday (today). We’ve been waiting for it for ages, as has Moz. He deserves it, we definitely couldn’t have done it without him!”