Today I’m very excited to share with you the gorgeous home of Megan Hess, the stylish illustrator of the Sex and the City book cover and much more.

Illustrating for brands like Tiffany & Co, Chanel, Dior and Laduree, Megan is living her dream. She lives (and works) here, in the roof of a church, with her architect husband Craig Yelland and two young children. There is nothing usual about this four-bedroom home, which is one of the things she loves the most. 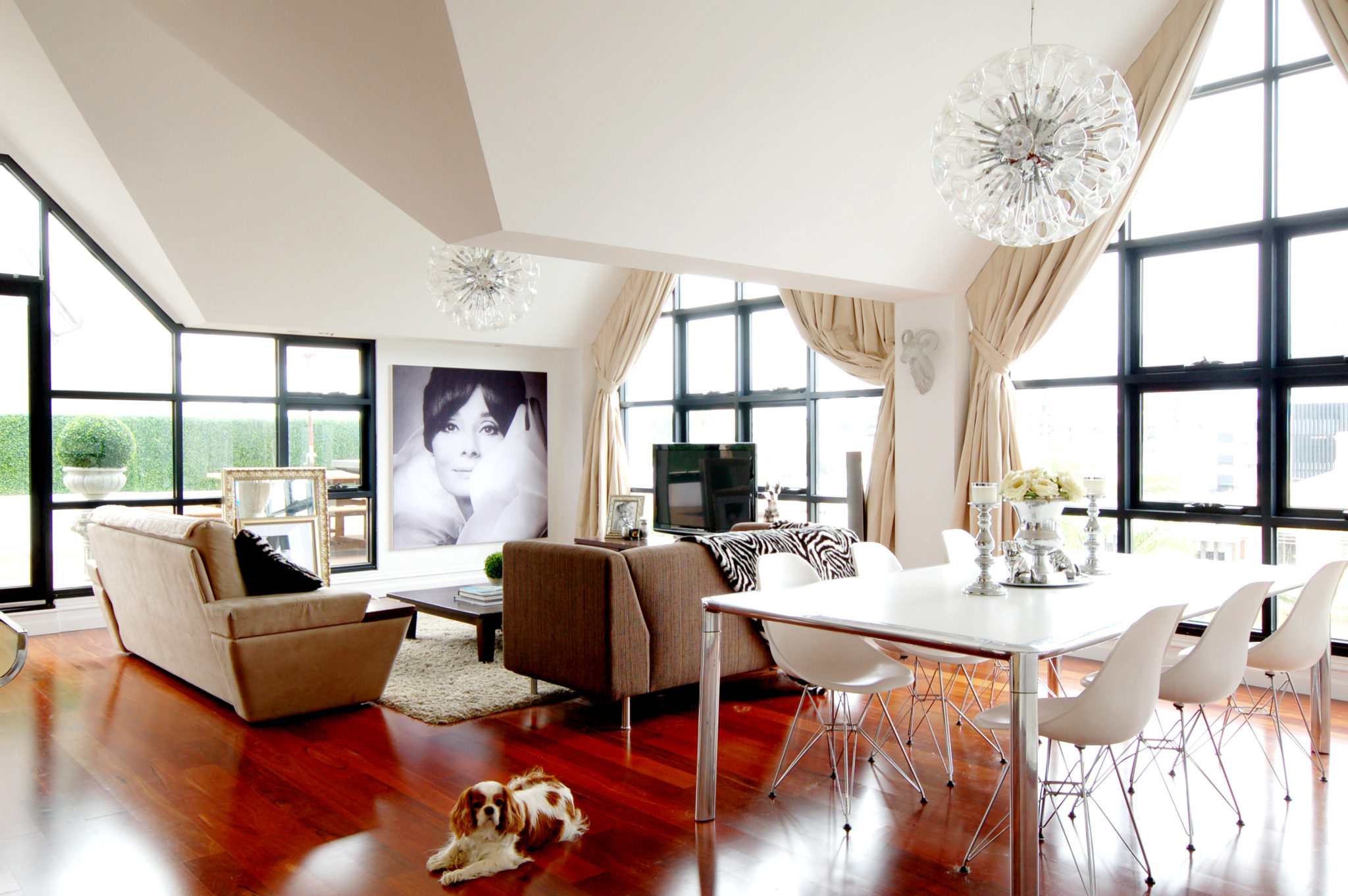 “I initially thought the space was completely crazy,” she said. “It was the entire roof of an 18th century church! The location was perfect and it was enormous BUT it was a roof. Craig took photos, scanned them into the computer and started to show me where we would put walls and how it would work (the perks of being married to an architect!). As soon as I saw that I knew it would be perfect.”

They have transformed it into their dream home and have been living there for three years. “Every single inch of it is built around how we like to live and the things we love.” The kids have their own area where they can play, make mess and hang out, and the “parents’ area” is a retreat from it all. “I feel like my pulse goes down the second I walk into that space,” says Megan.

They chose to work with the unusual ceiling spaces, not against them, keeping the integrity of the building and its original shape. “We made them the feature of each space. The great thing about them is that we could go crazy with lights.”

As for the bathroom, I am suffering some serious bath envy here! 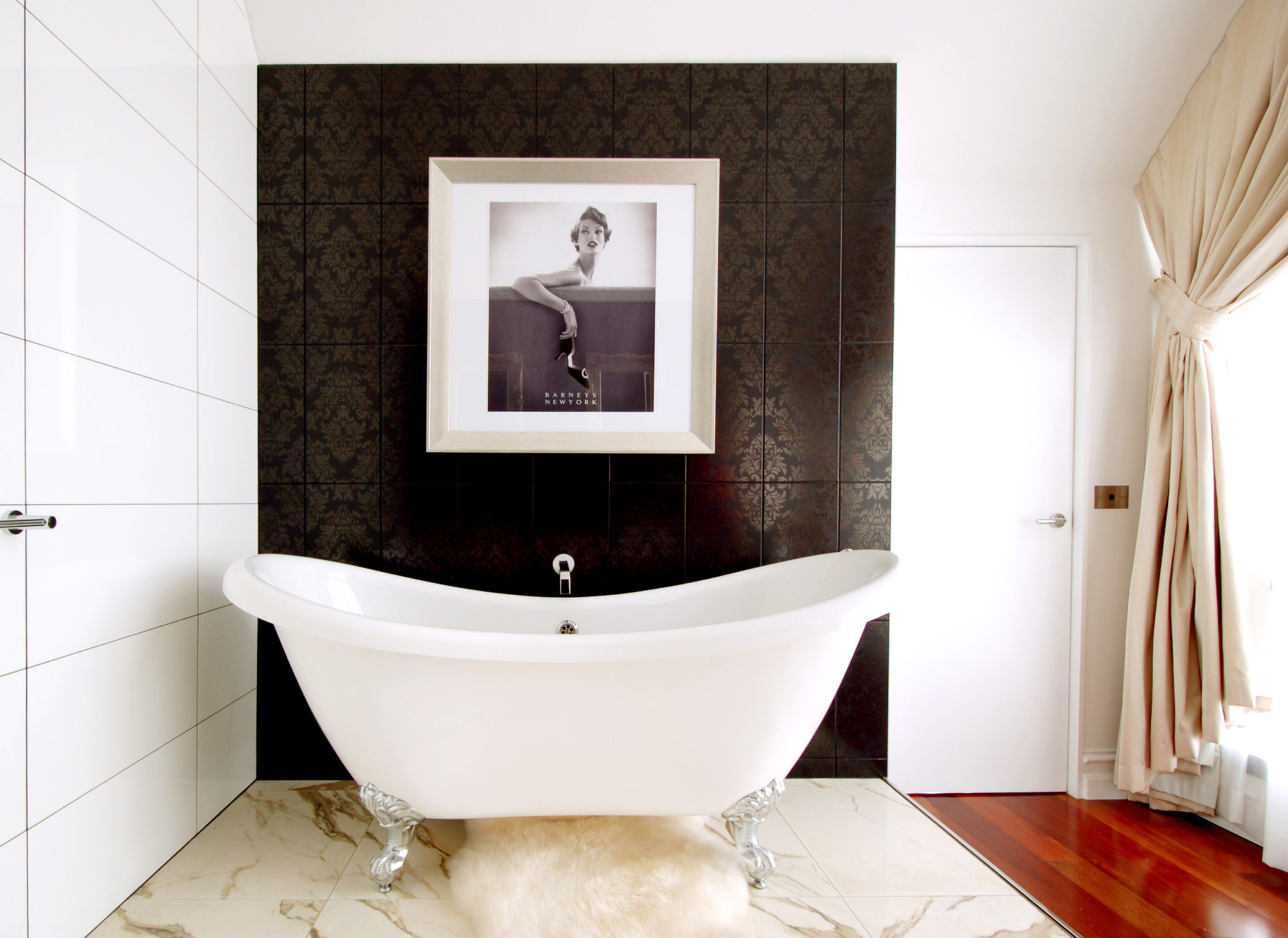 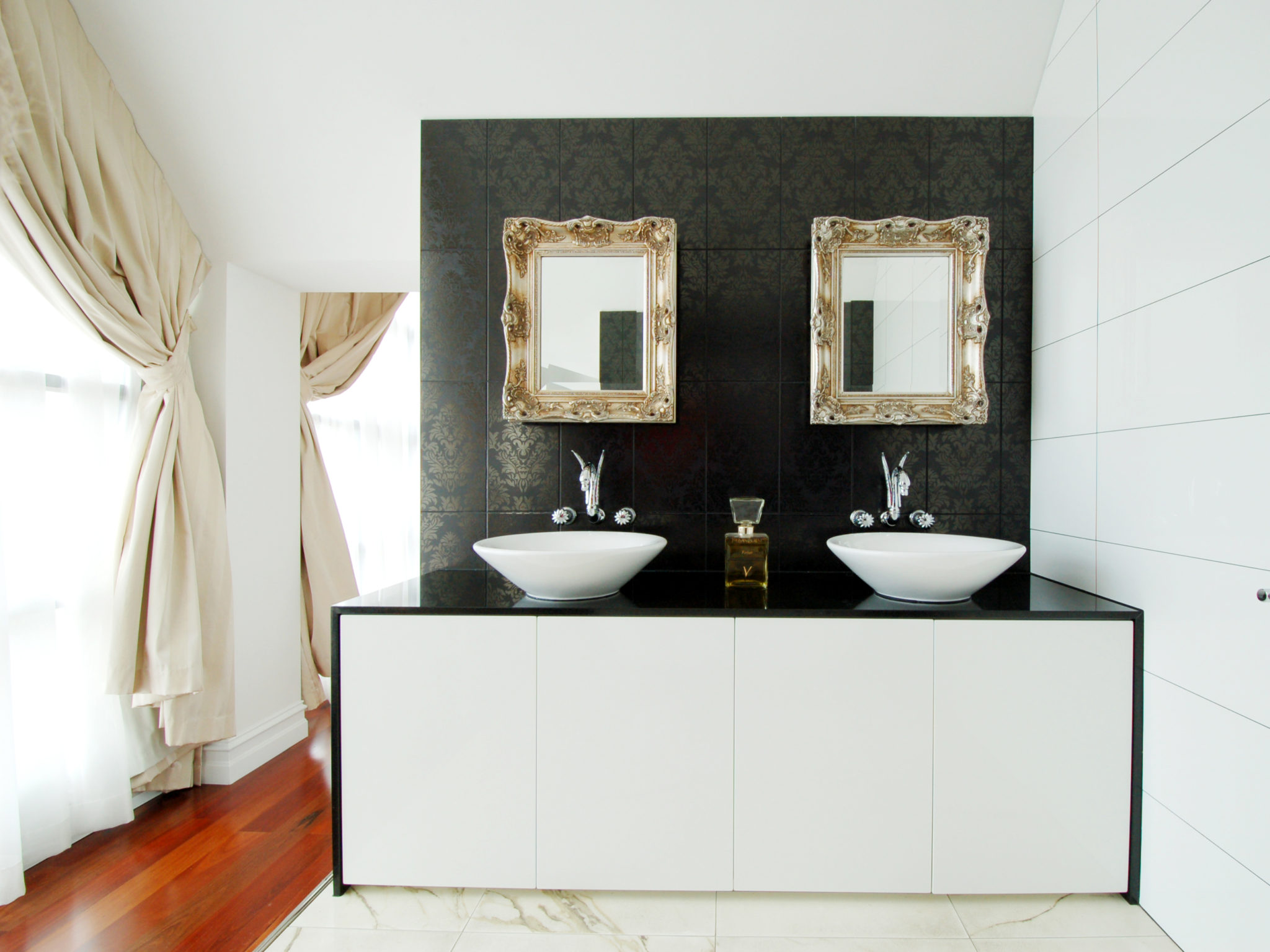 “The living and dining is very airy, fresh and full of life because that’s where we all spend the most time together.” 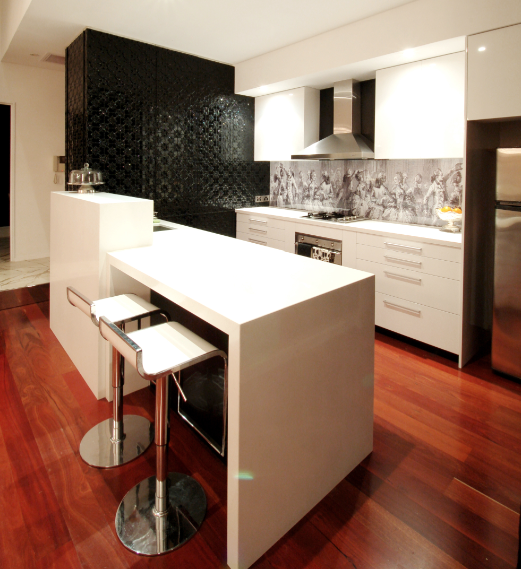 They designed the deck to feel like an extension of the living area. “Craig loves to BBQ out there and I just love to put my feet up on the sunbather benches with a nice glass of wine and watch the sun go down over Port Melbourne. I could sit out there for hours.” 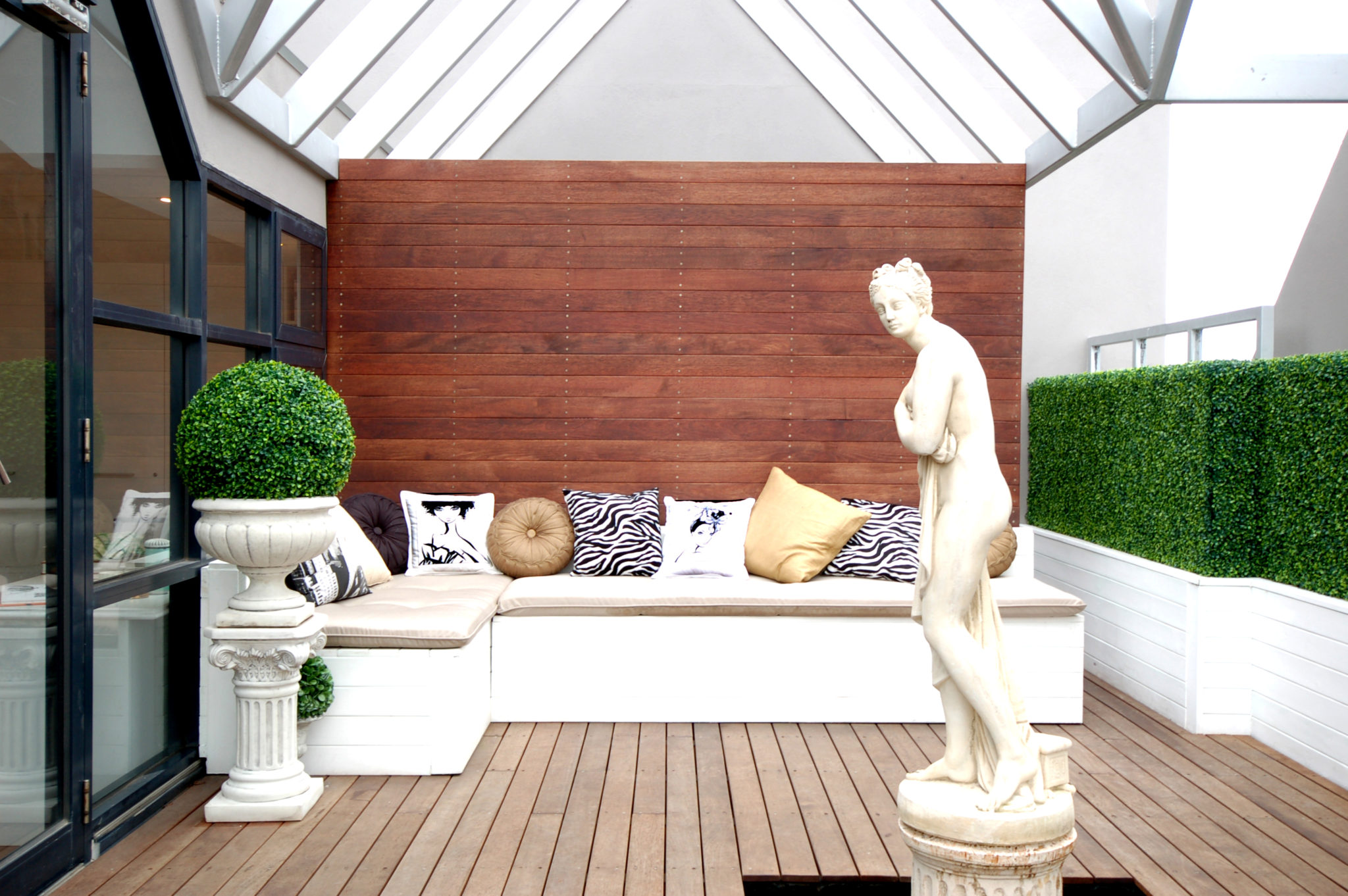 Megan’s home studio though, is her absolute favourite space. “Before we moved here, every ‘studio’ I had before was either crammed into a corner of a room or on the kitchen table. I feel very lucky to have this now and I honestly feel a little surge of excitement every morning when I walk in.”

She loves working from home, especially having two young children. “Some days when I pick my daughter up from school, I’m still trying to finish a deadline so she’ll set up her pencils at the other end of my desk and we’ll both be working! Every now and again I do get cabin fever. If it’s been a week of not getting out much we’ll throw a bag of clothes together and just escape for the weekend.”

A mix of Megan’s own illustrations and other art and photography decorate the walls, but they’re ever changing. And somehow they’ve created a happy fusion of her and Craig’s tastes, despite all the fashion illustrations and Audrey Hepburn photos! “There’s certain things that he really cares about like materials and finishes and the actual interior design, so he just runs with that,” says Megan. “And he knows that I’m obsessed with vintage fashion illustration, photography and interior objects. He’s happy for me to go nuts with the decorating.” And doesn’t she do a great job? 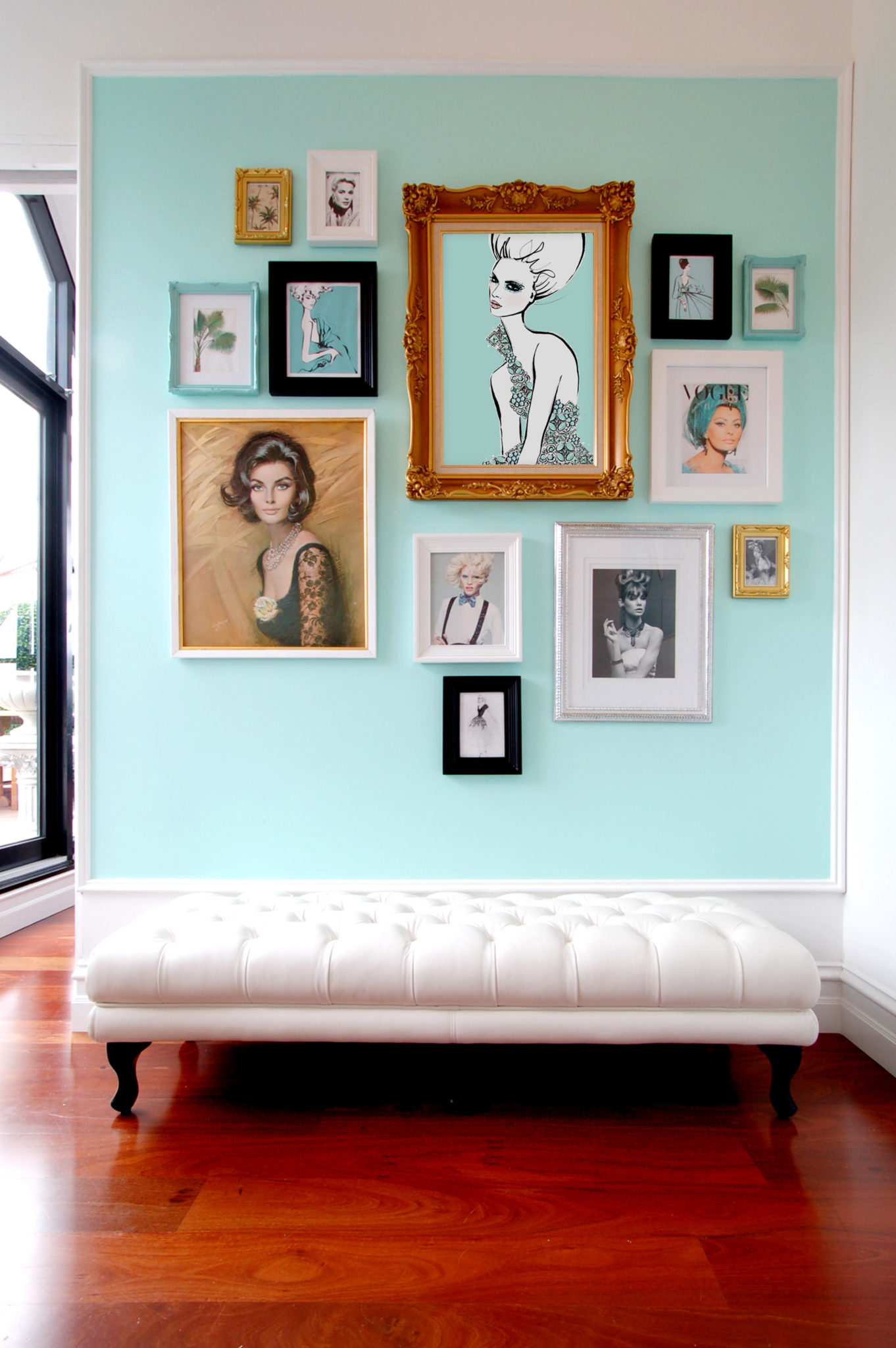 Her top tip for women wanting a more feminine home without upsetting their other halves, is to keep all the basics neutral. “This way you have a great base that you both love and you can always change around the artwork and smaller objects to be more masculine or feminine.” The couple’s black and white bedroom is a good example. 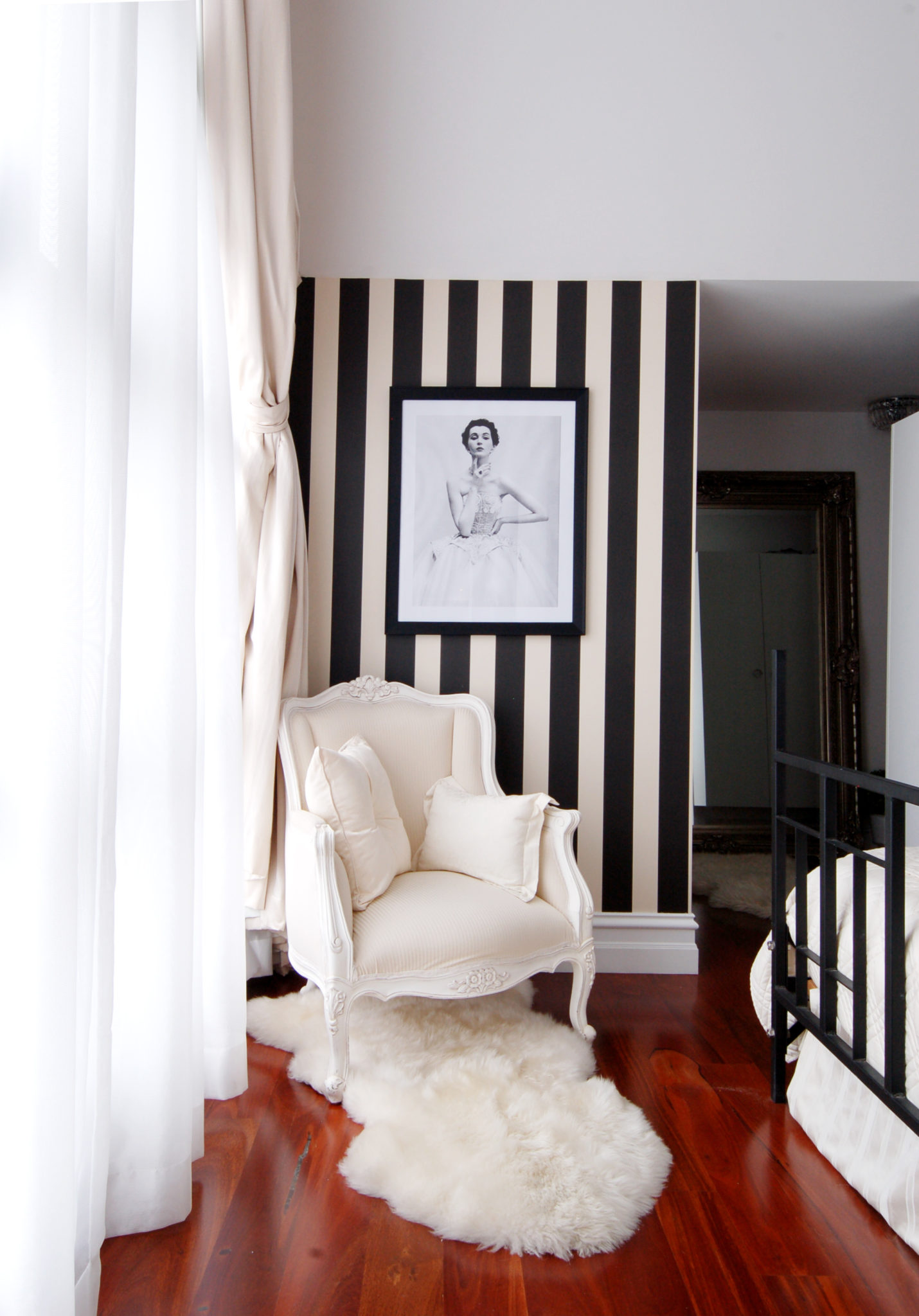 “In terms of art, we have some large scale photographic pieces that we really invested in. Then I have lots of my own artwork up and those pieces are continually changing. Some are illustrations that I did especially for the home. I don’t get a huge amount of time to create pieces that are just for us, so I cherish them.

“I also have a few special commissions up that are sentimental to me. Like the large-scale illustration I did for Tiffany & Co. Creating the Fifth Avenue façade was a big task and such a thrilling project to work on. I’d spent years walking past that iconic store in New York and I loved every second of drawing it for them. I also have the original illustration I did for the cover of Sex and the City in a little frame in my studio. That little illustration symbolised a big shift that happened in my career so I keep it up on the wall to remind me how lucky I am to do what I love for a living.”

Clearly Megan’s a big Hepburn fan. “What can I say, I adore her. I love that she was, and still is, so captivating when you watch her on film or look at the incredible photographs of her. She doesn’t date and there’s not that many people you can say that about.” 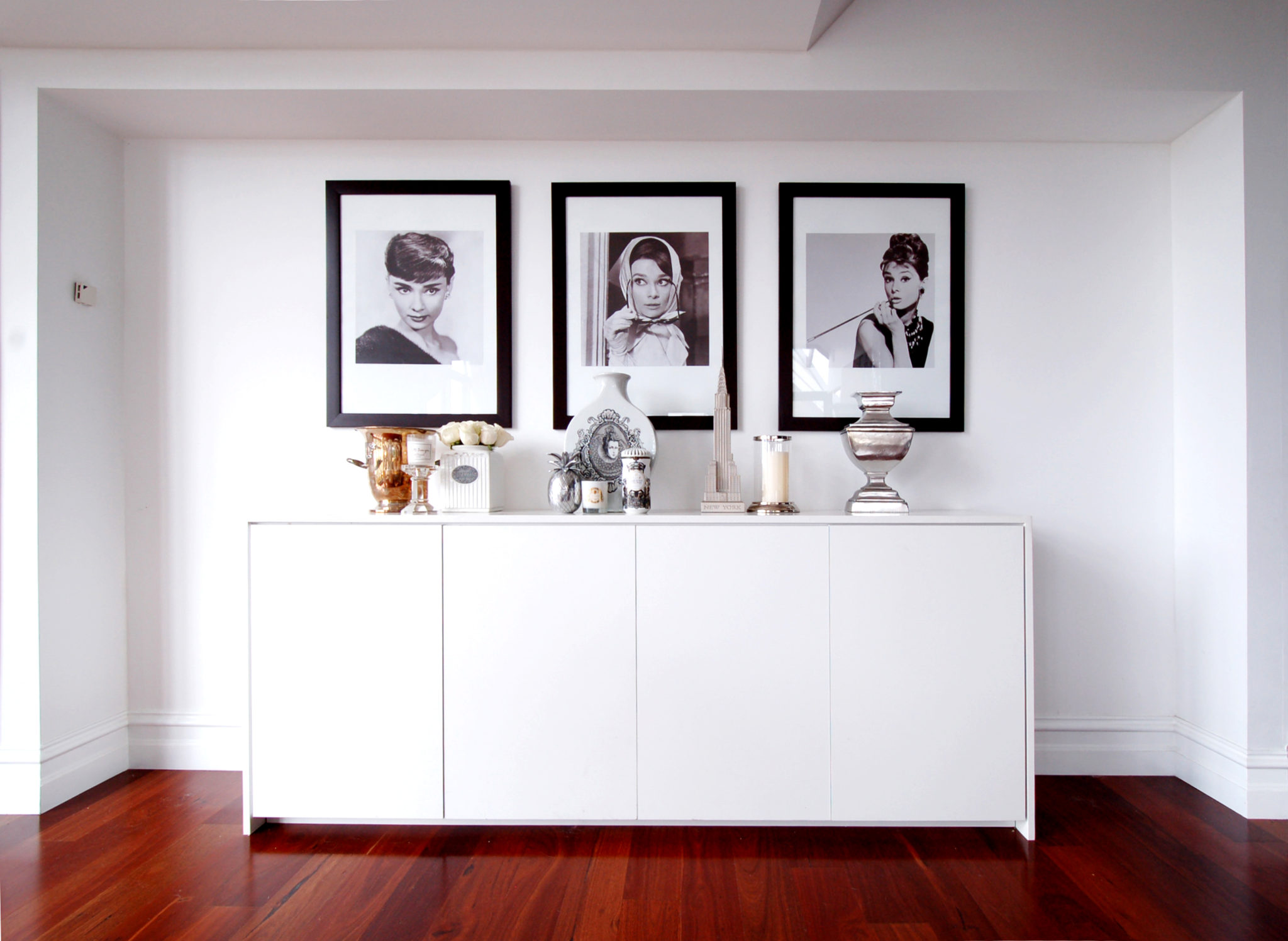 The couple have no plans to change anything in the near future. “I’m sure in a few years we’ll do a complete shake-up and give it a new look. You never know, we might change the whole look to be really dark and masculine! Not much chance of that!”

If you’d like a beautiful piece of Megan Hess in your home, you can buy a print of that Sex and the City illustration here for $200. I certainly intend to for my new home office!