In my opinion, both houses were beautiful and much nicer than the Redbacks (ex-Blockheads) and Blue Tongues’ first attempts last week (read all about that here). But what did judges Darren Palmer and Romy Alwill think? 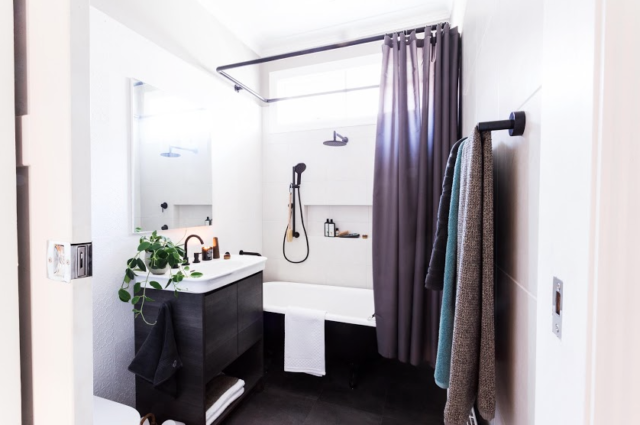 With their design brief being modern vintage, both judges agreed their bathroom hit the nail on the head! A modern take, with some classic vintage elements, the bathroom fused modern matt black tapware with a claw foot bath. The judges loved the storage and tiles, but thought the shower head was way too low. 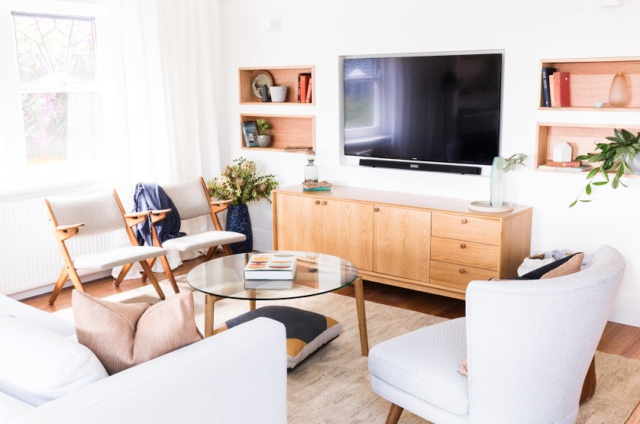 Ayden and Jess scored a whopping 19.5/20 for their lounge room. “I am blown away,” said Romy. The judges loved the modern vintage feel and their only criticism was the finishing around the TV. 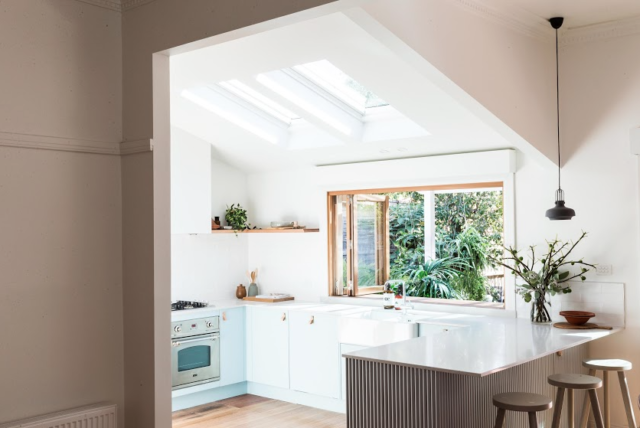 Also getting a huge score of 19.5/20, the judges loved the daring kitchen and dining room. Light, bright and airy, they were wowed by the bold move of blue cabinetry and thought it managed to look fresh, rather that kitsch. The judges also liked the leather handles, the built-in fridge and the sky lights, however they both agreed the timber floor patching could have been better. 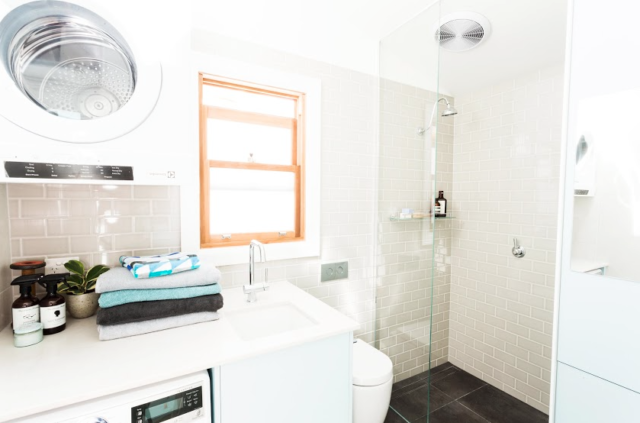 With Michael and Carlene now evicted, the laundry/bathroom became a communal space. The judges really liked it and thought the shower was a welcome addition to the home. Darren thought it would have worked better if it had a door and that the toilet was a little too tight for the space. 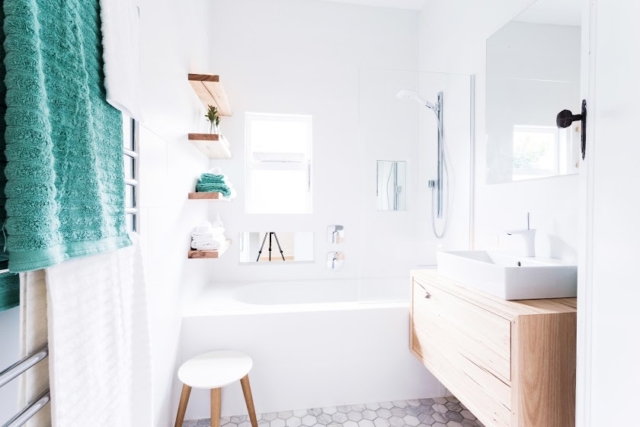 Romy loved the floor tiles and how Nick and Chris had reconfigured the space to improve the bathroom’s layout. Both judges loved the bath being under the window, the floating vanity and the simple matt tiles. But then Darren realised something strange! The tiles were positioned differently on opposing walls. “I don’t understand why,” said Darren. Romy agreed: “I don’t see any rationale for changing it.” 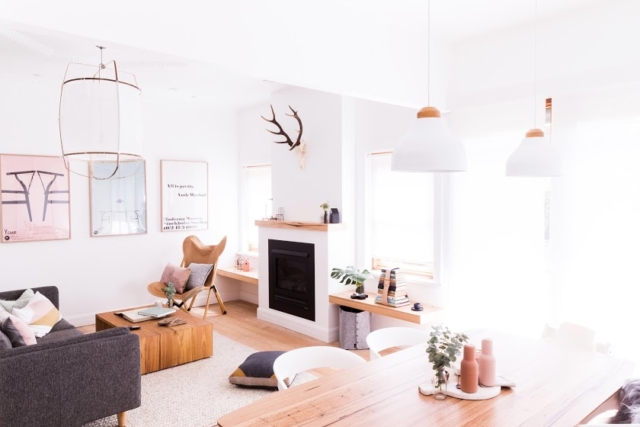 With a brief to design the house with a Scandinavian feel, their living and dining was spot on. With a warm, fresh feel, the judges thought the two spaces worked really well together. Darren liked the fireplace but Romy worried the rug was not appropriate for the homeowners’ one-year-old child. 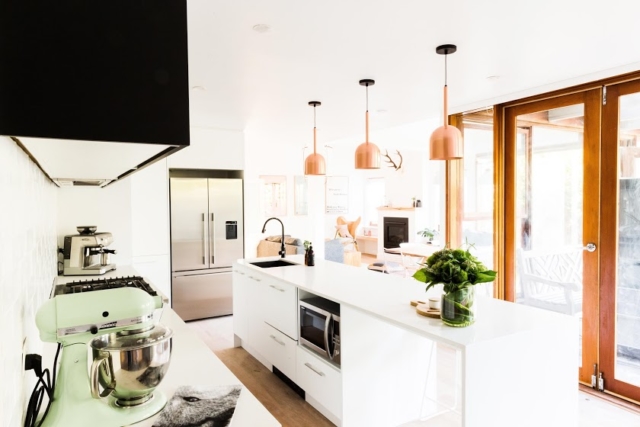 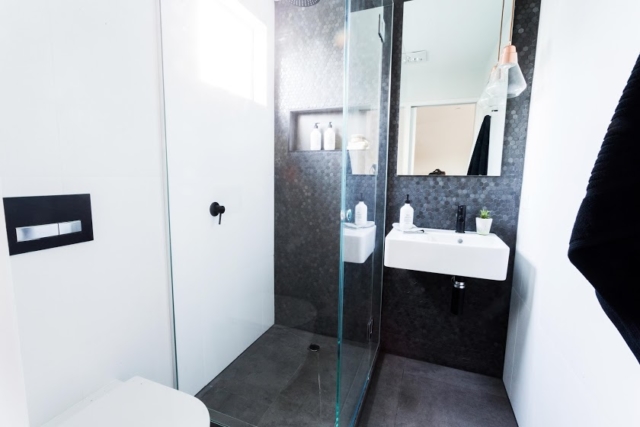 Romy really liked the bathroom and Darren thought it was much better than Nick and Chris’: “It’s got more life, more soul!” Both judges really liked their second space, the laundry, and thought it had great character. Darren particularly loved the entrance way from the kitchen and the splashbacks, storage and cool drawers were also hits.

Both houses really nailed their briefs and while I did prefer the Redbacks’ home, it was a tight race. Which house was your favourite? Was it time for Nick and Chris to go?