After photography by Susan Papazian

Vicki Lyon and her husband Dion Williams lived in their Balgowlah Heights home on Sydney’s northern beaches with daughter Amber for four years before finally renovating it to create the family home of their dreams, finishing the job just in time for Christmas! Always intending to stay there longterm, the kitchen, living and dining area has been opened up to create a spacious home which flows beautifully to the outdoor area and pool. 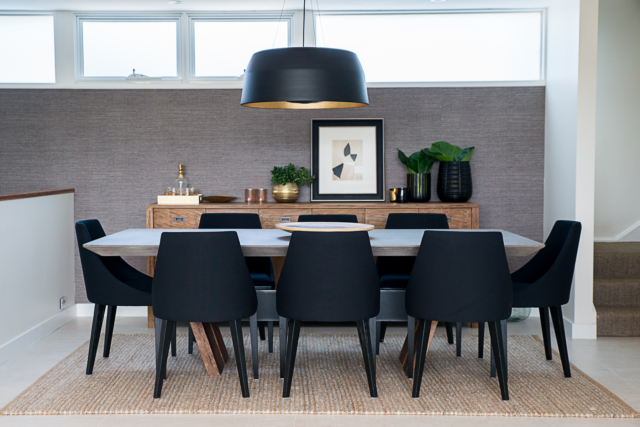 With the help of interior designer Sabine McDonald (Design by Sabine) and builder Stephen Maish, the reno took 14 weeks and cost $260,000 including furniture and homewares. Vicki and Dion had renovated bathrooms before but never taken on such a large project.

The modern brick house had been renovated in the five years before they bought it so while it looked good, they felt it needed opening up and to create better flow. Having lived there for four years, a lot of thought went into the project.

“We worked with Sabine and Stephen and between the three of us, we made the plans and managed the process,” Vicki says. “We re-tiled the entire area inside and out with large floor tiles to create a seamless flow. Previously, there were different tiles outdoors, in the kitchen and the laundry.

“We removed a wall between the kitchen and dining room and remodelled the kitchen to open it up entirely, moving the fridge to the back wall and relocating the plumbing to remove a big wall that blocked the kitchen from the other areas. We also made it an eat-in kitchen with bench top and chairs, where as previously you could not sit at the bench top. We also removed the living room wall unit and created a more modern fireplace with custom cabinetry around it. We changed the colours from earthy neutrals to glam black and gold and refurnished the whole area.”

Vicki jokes the only nasty surprise was her expensive taste, which wasn’t really a great surprise! The biggest challenges were finalising the budget and keeping the work on track.

“Opening up the kitchen to an open plan area and re-tiling the entire space in one tile made the biggest impact. Removing the wall between the dining room and kitchen was probably the biggest bargain.” 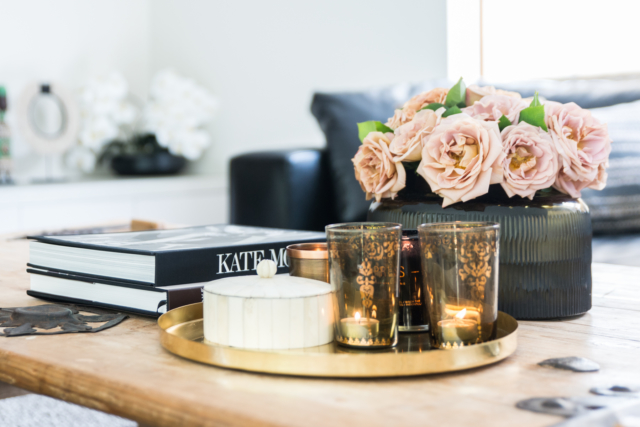 The entire kitchen/dining/living area is her favourite part of the house now because it’s all one big space. “Our biggest learning was the importance of having all your plans nutted out before engaging trades people and starting the project. And understanding the cost and timeframes of ordering products.” 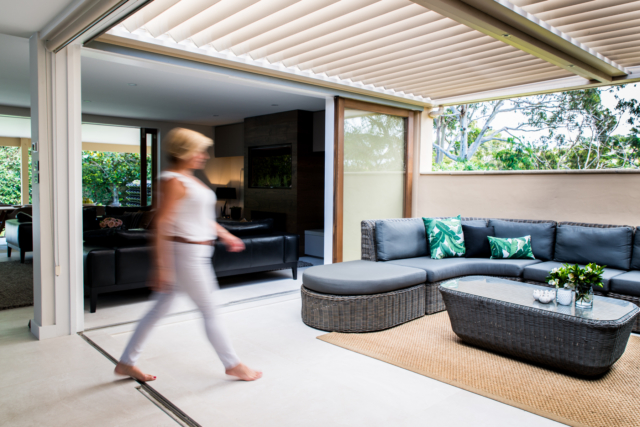 Armed with the knowledge she now has, Vicki says she would definitely be keen to renovate again, but has no plans to go anywhere any time soon! Her advice for would-be renovators is to pick the trades people you are going to work with wisely as they will be in your life for the duration of the project, and to invest in a project manager unless you have the time and the knowledge to handle it yourself.

“Working with an interior designer was a huge benefit. You have someone who gives you great ideas and access to products you don’t always know about, and it’s always good to have someone outside your home challenging your thought process and ideas. It’s also a lot more fun shopping with someone than on your own!”