When watching The Block it’s easy to forget that behind the beautiful designs of the contestants is one man: Sydney architect Julian Brenchley. The show’s architect from day one, Julian sources the houses, designs the exteriors and deals with all the necessary planning permits along the way. In other words all the stressful stuff! 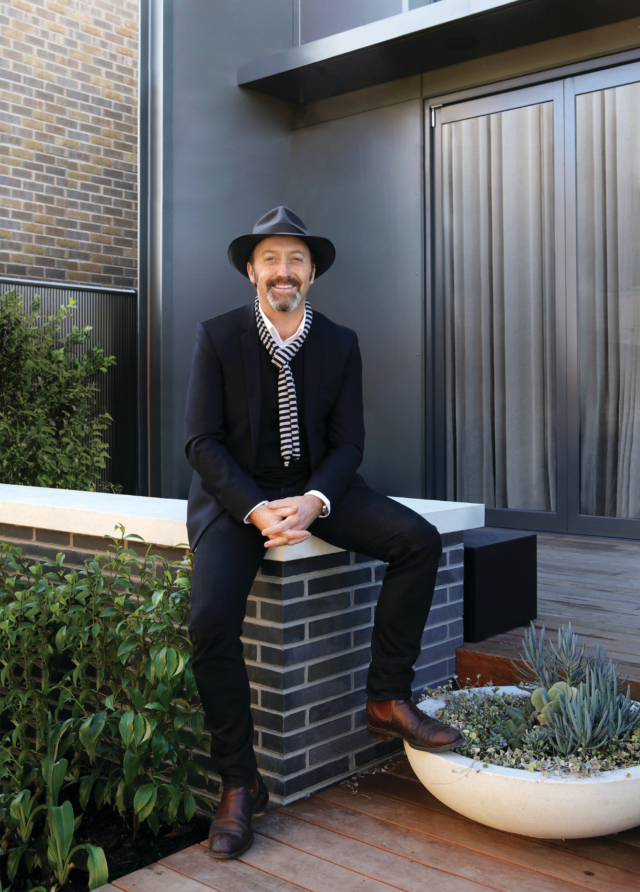 This season, Julian found inspiration in the architecture of Melbourne’s Elsternwick (where the show was set). Very much a traditional brick-and-tile suburb, Julian stayed true to the neighbourhood’s aesthetic, while adding elements of modernity. The result is a showcase of the hottest trends in bricks.

In the homes, texture has became the hero, with dark coloured bricks complemented by metal cladding and slimline roof tiles. The look is then carried over to the pavilions (as Julian calls the two-storey additions), which feature a complementary palette of dark coloured face bricks, adding a diversity of textures and finishes.

Three of the five Block homes have the same bricks on the exterior walls, the PGH Balmerino Blend, a dry-pressed brick, which creates harmony within the development. The other two homes keep to the same dark tones but differ in texture, adding to the palette’s complexity. Hannah and Clint’s house showcases a blend of Mystique and sandstock brick Greenway, while Sticks and Wombat’s house has a deep dark Pewter brick range, which is a semi-glazed metallic brick.

While in a design sense bricks look great, commercially they are also a good choice, thanks to their low maintenance and classic appeal. “That’s been the benefit of face bricks since time immemorial,” says Julian. “You put up a face brick and as long as you are happy with the colour you won’t have to touch it until you demolish it 80, 100, 200 years later. Low maintenance is a big thing nowadays.”