When I first started penning this post, it was called something like the reality of motherhood, one month on. That says it all really, as Sebastian is now nine weeks old and I just realised it still wasn’t finished! What I really wanted to share here were some warts and all thoughts on motherhood as a first time mum. Because it really isn’t all about cute baby pictures on Instagram. While having a baby is without doubt the most amazing thing my husband and I have ever done, we’ve never loved anyone more or felt more blessed (and that’s an overused word these days), having a baby is no bed of roses and the more people share honestly about it the better for all new and existing mums, I say!

If I’ve learnt one thing above all others it’s if you have a plan, bin it! Or at least make peace with the fact you will not have as much control over things as you’d like and you’d better learn to roll with it if you want to stay sane and not fall victim to feeling like you’re failing.

Let’s start with the birth. Damian and I attended Calmbirth classes because my OB suggested this was the best option if I was hoping for a drug free delivery. I wanted a drug free birth but was also open to the fact it might not go that way and I really had no idea what I was in for. That was my preference, not because I think drug-free is best or I’m a martyr; at its simplest I thought women have been doing this for a very long time, our bodies are designed for this and I’d prefer it to be as close to how nature intended as possible (while taking advantage of top 21st century medical care!).

I found Calmbirth useful, especially the science side of things, but being someone who struggles to sit still or switch off (meditation is my idea of hell and I sometimes find a one-hour massage too long), I did find it challenging! My friends call me the eye roller because I can be a bit of a cynic so it took all my self control to focus on the Calmbirth experience and to get the most I could from it, and it was useful. That said, when it came to the reality of having my baby, he decided he was quite comfortable and going to be fashionably late. I was booked in for an induction (the one thing I wanted to avoid and had been told to try and avoid) for the Monday when I would be 10 days overdue. But my OB was 90% sure I’d have him before then.

To cut a long story short, Monday came around and despite my best efforts to persuade him otherwise, Sebastian didn’t start labour (did you know it is the baby that actually starts labour? I know!). So off we went to the hospital at around 9pm. I was disappointed my labour was now going to be 100% in hospital as I’d really hoped to stay at home as long as possible, and I really didn’t want an intense, sped up process, but that’s what I got. To cut a long story (well actually, not long at all!) short, things happened very quickly and I had an intense three-hour labour. While I still tried to hang on to my ideas about no drugs, after almost drowning in the bath due to trying to inhale all of the gas and air, I opted for an epidural.

Even in intense pain the little voice at the back of my head was going “wow, that Calmbirth stuff went out the window fast!” The next hour or two is a bit of a blur but I was well aware of how loud I was and how embarrassed I was about that! But you really have no option but to give in to what is happening. The term wild animal does spring to mind!

Anyway, the epidural didn’t work properly because things were so far along but it did take the edge off, and on the plus side, it meant I was very aware of what was going on when the finish line came around. Yes, it hurt (I mean, how can it not, frankly?!) but I felt in control for the first time during all of it and was able to push at the right times and be very much in the moment. My OB arrived at the last minute and when he handed me Sebastian it was surreal and amazing but I didn’t bawl my eyes out as I’d imagined. I was too shocked and tired I think. I had skin to skin with him on my chest for an hour before he went anywhere and just lay there gazing at him, marvelling at how different he looked to what I’d expected. Damian and I watched the sunrise over Sydney from the birthing suite window and tried to catch our breath. After planning to “stay north,” my amazing husband had ended up being very involved in the labour, even holding one leg back while the midwife held the other when it came time to push. Full on! He found watching his son come into the world amazing and not at all gross or scary. So, it just goes to show, you can plan and plan, but when it comes to birth, you don’t have all that much say in what happens. And as my OB says, whoever invented the concept of a birth plan should be shot…

Did I forget all about the pain as soon as he was born? Not at all! Would I do it all again for the end result? Of course! Am I beating myself up about taking pain relief? No way! 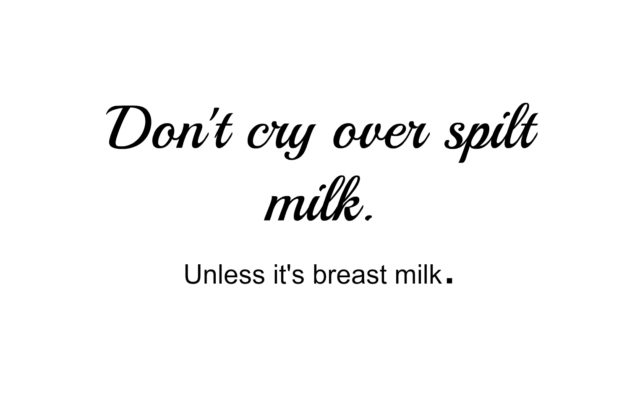 There is a lot of information out there about breastfeeding and even more opinions. Like the drug-free birth thing, it was my preference to breastfeed and I really hoped I’d be able to. I have no issue with people bottle feeding and I personally think mums are put under far too much pressure with the feeding thing. The midwives in hospital were just incredible when it came to trying to get us off on the best foot and Seb did seem to struggle a bit. I’ve never had my boobs held by so many people but you just go with it. Like everyone says, once you’ve had a baby there is no more dignity! Colostrum was collected in a syringe, he was given formula top ups (the horror!) for the first 48 hours because he couldn’t hold his blood sugar, and we persevered.

It got better, he was feeding, and by the time we left the hospital he was back to birth weight (high fives!) and we’d dropped the formula. When we got home, things seemed to be going pretty well and at his first nurse checkup at home he had continued to gain weight. But breastfeeding was never particularly easy, smooth or enjoyable. While it wasn’t painful, neither was it this blissful and peaceful bonding experience you’re led to imagine. Sebastian fussed on and off the breast crying and sometimes screaming. I called the Australian Breastfeeding Association hotline for advice and we talked about fast letdown and block feeding, tried Infacol for suspected wind and so on and so forth.

There was so much crying, not just while he was feeding but in general. But part of me thought he is just being a baby and babies cry, especially brand new ones. Suck it up because everyone tells you being a new mum is hard. But I kept remembering the offer to go back to our hospital and see the lactation consultants until he was six weeks old and I rang and made an appointment.

The midwife who helped us was amazing (someone else wants me to get my boobs out? Sure!). How great are midwives? I’ve never met one I didn’t love and most of them I’d like to adopt as my mum. His weigh in proved the last thing we had suspected: that he hadn’t been getting much milk in. He had gained only a small amount of weight over the previous two weeks. All that crying? Hunger, pure and simple. My heart sank but I was so glad I had asked for help when I did. To cut a long story short, after trying a few things, it turns out my darling little son just isn’t very good at latching. He just doesn’t get it!  Faced with two options: giving up or expressing my breast milk (of which there’s no shortage) and bottle feeding it to him, I went with the latter.

While there are definite advantages to this (his dad being able to feed him for one), it is sooooo time consuming! When I’m not hooked up to my “milking machine” (I’ve already upgraded to a double pump because time is precious), I’m washing and sterilising bottles or feeding him from them. But again, I’m not beating myself up about it and I’m just getting on with it and trying to make the best of it. Because that’s all you can do as a mum: your best. I’m grateful I’m able to breastfeed my son, if indirectly!

There is milk bloody everywhere. I swear I need more changes of clothes than Seb due to milk splashes. Oh, the glamour! As one of my followers rightly pointed out recently, whoever said don’t cry over spilt milk was clearly not talking about breast milk! There have almost been tears but mainly just swear words.

I’m happy to report that Sebastian is fattening up like a good’un and got top marks at his recent paediatrician visit! And what else matters really?

Perhaps the biggest lesson from this tale is to not be ashamed to ask for help.

Well, I think that’s enough TMI (too much information) warts and all for now. I have so much more to share with you on babies, great products I’ve discovered, cool presents he’s been sent etc, etc, but I’ll save it for another day as I have a baby to feed!