In a very brave move, today I gave my fiancé Damian the chance to blog about what it’s like living with me. I must be crazy… 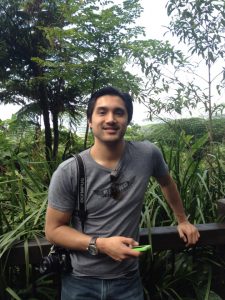 I used to have a collection of interiors books which I kept in my Ikea Expedit bookcase in my bedroom. I was quite proud of them, from Terence Conran’s Storage to collections on small spaces. Sydney property prices being what they are, I was realistic about the size of my first property. I felt like I was in touch with interiors. An interest beat out only by Formula 1… and cars… and travel… and planes… OK, it was a distant fifth, but just go with me here.

In the middle of 2010 (I think – the last few years have been a bit of a blur), I moved in with Jen. We lived in a small two-bedroom Mosman apartment next to the local school. Handy if you had kids. We don’t. I had it in my mind that I was going to turn that apartment around and add New York and Paris inspired minimalist touches that would revolutionise what was quite a bland little pad (Jen hadn’t been there long enough to put her mark on it).

How clueless I was (and arguably still am).

It turns out that Jen’s distant fifth passion was Formula 1. You don’t need me to tell you what her number one is. As time went by it became obvious I was losing my passion for interiors just as quickly as she was losing her passion for Formula 1. But that also may have been because Jenson Button was progressively proving his 2009 World Championship win was a flash in the pan… bloody Poms. I digress. I was losing my passion because Jen’s was so strong it swept mine up and carried it away far out to sea. But that’s not a bad thing at all. Quite the opposite. It allowed me to find my place.

The point is that when you live with someone with an intense passion, unless you share that same intensity, it’s unlikely that you will have equal say in matters relating to it. I command the TV for all live F1 coverage, and there is little to no talk about Jenson Button during telecasts. It’s all about Mark Webber and Nico Hulkenberg. It will also be about Valteri Bottas this year too, but I’m yet to break that to Jen.

She’ll be fine with that though, because on the flip side, as I quickly found out, when you live with an interiors addict, you strap in and go for the ride or you get severe road rash from the ordeal. Road rash in the form of an impossible number of cushions kicking you off the sofa, that classic Formula 3 poster you picked with her turning out to be a little bit “wrong” when you both saw it in person (you don’t really know why though) and your prize Sony Bravia LCD TV being too “fat” for the space. I certainly wouldn’t choose as many pink and green accessories as Jen has, but that’s okay because she assures me our “forever home” (the one for when we grow up) will be very monochrome with touches of industrial. Hmm…

At the end of the day though, after all the trial and error (and there is a lot of it), the results are often pretty damn good. No amount of interiors books would be able to help me sort out an apartment in quite the same way. It’s the passion that puts the icing on the cake.

But that doesn’t mean my interest in interiors has vanished. Instead, it’s been refined. Some readers might find this has happened in their relationship too, but Jen turns to me for help in areas she may not know a lot about. Which laptop to get (yep, that MacBook Pro was my idea – it goes well with my Air), the connection solutions in our apartment and the entertainment system (after the fat TV was killed off) are all my department.

Rather than feeling like that’s placed me in a stereotypical corner, it’s given me a way of controlling a significant amount of the design that will directly affect my usage of our space. The entertainment unit dictates the flow and colours in the living room. Win. That new TV, component stereo system and PS3 aren’t going anywhere. Win. The size and shape of the laptops will also play a part in the desk size, shape and colour when the new office goes in. Win… I think. Let’s see.

That’s about as much input as I need. I’ll roll with the rest of changes. It’s worked well so far. After all, it’s pretty damn easy to look at a lot of pretty interiors books and assume you could do the same. But in practice…